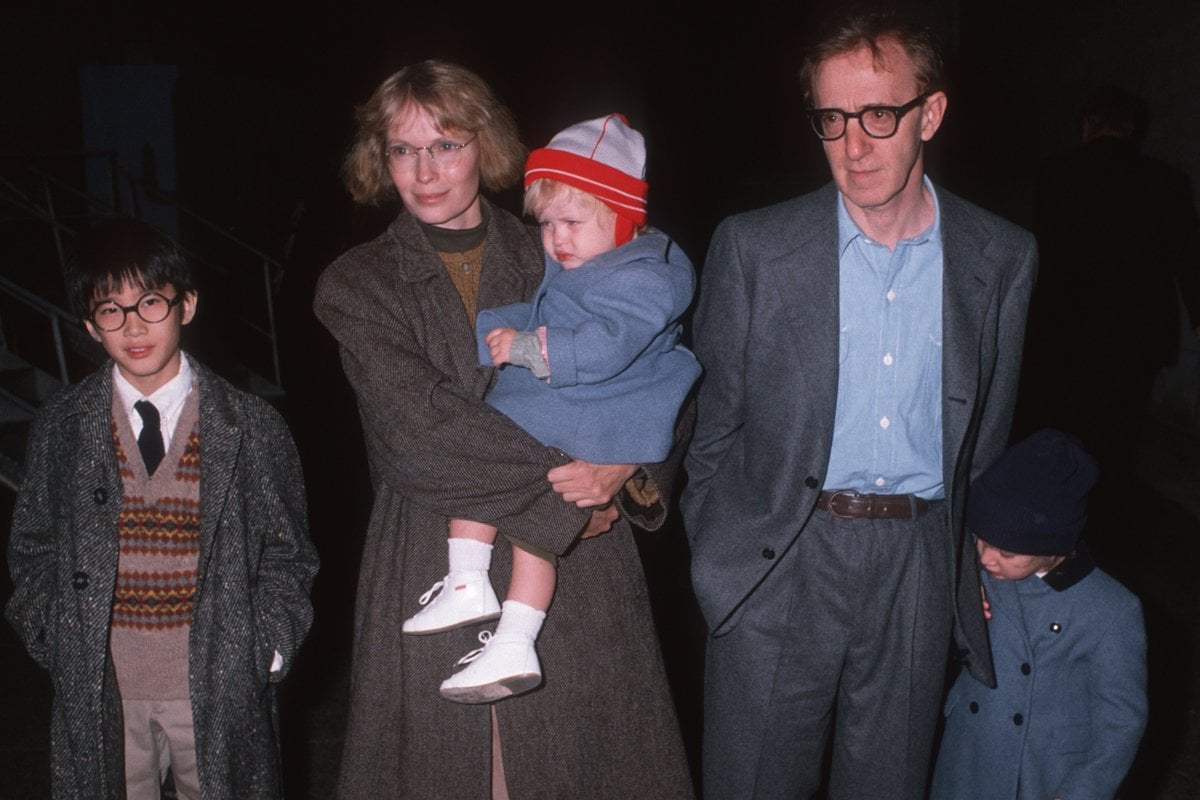 This post contains depictions of sexual assault and may be triggering to some readers.

The story of Mia Farrow, Woody Allen, and the allegations that he sexually abused their adopted daughter Dylan Farrow have played out in the media for decades.

But now new Foxtel documentary series Allen v. Farrow has managed to extensively deep dive into aspects of the story that have never before been shared in the public domain.

Effectively, painting a chilling picture of what happened in the homes of former Hollywood power couple Mia Farrow and Woody Allen when it came to their children.

Allen v. Farrow filmmakers Kirby Dick, Amy Ziering and Amy Herdy said that in preparation to make the documentary they gained access to 60 boxes of case files that had been stored in a lawyer’s office since the 1990s.

The four-part documentary also includes extensive home video footage by Mia Farrow and others from the era, including the unseen videos that Mia shot of Dylan recounting her alleged abuse at the hands of Woody Allen.

Throughout the documentary, Woody Allen’s perspective on events is presented via his audiobook narration of his 2020 memoir Apropos of Nothing.

Woody Allen did not take part in the series, but in a statement obtained by Variety, he and his wife Soon-Yi Previn, the adopted daughter of his former partner Mia Farrow, labelled the series as “a shoddy hit piece”.

"These documentarians had no interest in the truth," the statement reads. "Instead, they spent years surreptitiously collaborating with the Farrows and their enablers to put together a hatchet job riddled with falsehoods. Woody and Soon-Yi were approached less than two months ago and given only a matter of days 'to respond'. Of course, they declined to do so." 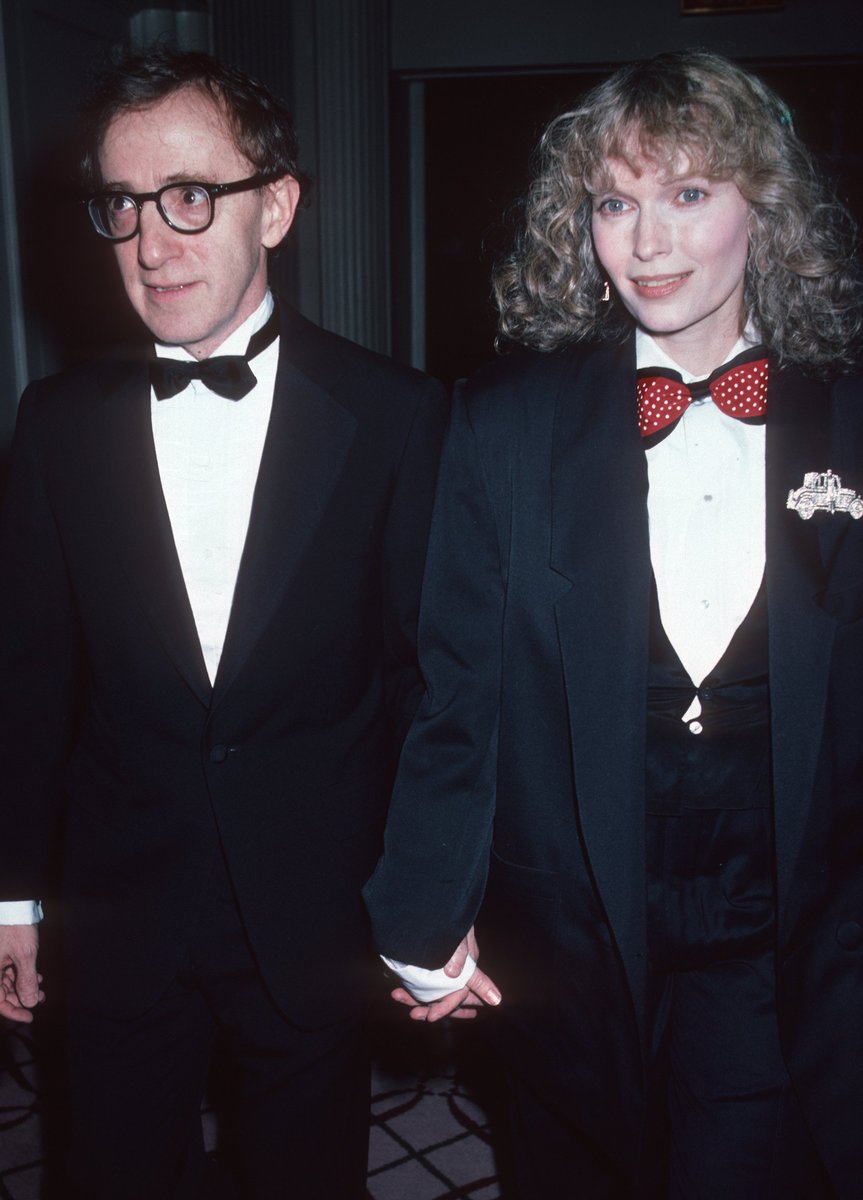 "In 1992 Woody Allen was accused of sexually abusing the 7-year-old daughter he shared with partner Mia Farrow." Image: Getty.  In August of 1992 Mia Farrow first heard Dylan’s allegation that she had been sexually assaulted by Woody Allen in the attic of Mia’s Connecticut home. An investigation into the incident was then launched.

Earlier that year, Mia had discovered that Woody had been having an affair with her adopted daughter Soon-Yi Previn, who was then a college freshman. Two would later marry in 1997.

Here are the five most disturbing revelations from the first episode of the Allen v. Farrow documentary.

When Woody Allen and Mia Farrow first entered into a relationship, Woody had no interest in meeting Mia's seven children.

Mia said she later asked him if he would be open to having a child together to which she said Woody replied "I would not object to that, but you have to understand I have zero interest in a kid. So you would be entirely responsible, financially, in every way".

When the couple then chose to adopt, Mia said Woody had a very specific idea of what he wanted their future child to look like, saying "I might be more kindly disposed if it’s a little blonde girl".

Mia went on to say: "And I thought if he cares about that I should try to find a little girl like that. And maybe he’ll love her."

"I found myself more and more holding her, playing with her and completely falling in love with her, delighted to be father," Allen wrote in his 2020 autobiography, Apropos of Nothing.

Take a look at the trailer for Allen v. Farrow. Post continues after video.

2. Dylan said she felt like Woody Allen was always hunting her and asked her to 'suck his thumb'.

The first episode of Allen v. Farrow focuses on how 'dedicated' Woody was to Dylan when she was a little girl, to the point where she found his presence upsetting.

Dylan alleges that Woody would sit on her bed while she was sleeping, waiting for her to wake up, and would follow her from room to room throughout the day.

“Every time he showed up at the apartment like a magnet he would come straight to me. Intense affection, all the time,” Dylan Farrow said on screen. “I was always in his clutches. He was always hunting me.”

“I remember sitting on the steps with him at the country house when there was nobody else around. And he was directing me on how to suck his thumb, telling me what to do with my tongue,” Dylan Farrow remembers in the documentary. “I think that lasted a while. It felt like a long time.”

In one of the most chilling moments of the series, Mia said she remembers being at Woody's apartment and finding X-rated Polaroid photos of Soon-Yi that he had taken. She recalled being so shocked that she couldn’t breathe.

“They wouldn’t put them in Playboy,” she said of the photos. “They were Hustler pictures. Really, really raunchy pictures.”

When she first confronted him, Mia says Woody replied "I'm in love with Soon-Yi. I would marry her."

Then he said; "No, I just said that. It's something I thought of it in the car, I thought it would make it better if I put it that way. No, I love you."

Mia continued: "There was all of that for four hours — 'I just made a mistake, I lost control'. I didn't know what to think. I just needed him to get out."

The first part of the documentary ended with Dylan recalling the moment Mia told her about the photos of Soon-Yi.

"That was the first instance that I thought, 'Oh, it's not just me,'" she says. 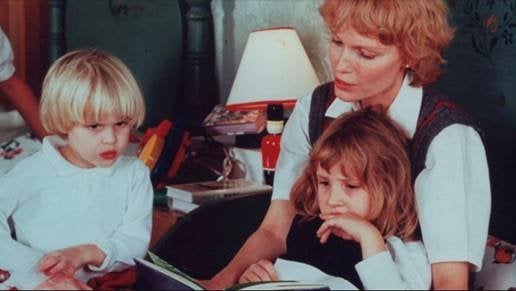 4. A chance encounter with a psychologist in their building changed everything.

Mia says that over the years she had seen some strange interactions between Woody and Dylan but it wasn't until a psychologist in their building told her she observed an "off" interaction between Allen and Dylan, that she really started to see what was happening. She called it the moment that caused 'the floodgates to open'.

Woody then agreed to see a psychologist, who told Mia he had an "inappropriately intense" relationship with Dylan, but the relationship wasn't sexual but could be perceived that way. Instead, it was reported that he just didn't know how to behave around a child.

5. A series of phone recordings showed the real relationship between Mia Farrow and Woody Allen.

In the documentary, a series of resurfaced phone recordings show the imbalanced power dynamic between Woody Allen and Mia Farrow.

The recordings shone a light on a series of tense telephone conversations between the two former partners as their legal battle escalates.

At one point, Mia confronts Woody over allegations made as part of their custody dispute where she was called an unfit mother and heavily medicated.

On the point of the allegations, Woody responds: “And I’m going to make them stick”. At one point Mia also says she was certain she was being followed and that it "was really scary".

The first episode of Allen v. Farrow is available to watch now on Foxtel. New episodes will premiere weekly.

Reply
Upvote
1 upvotes
The Woody apologists are out in full force, it seems.
J
jupiter a year ago