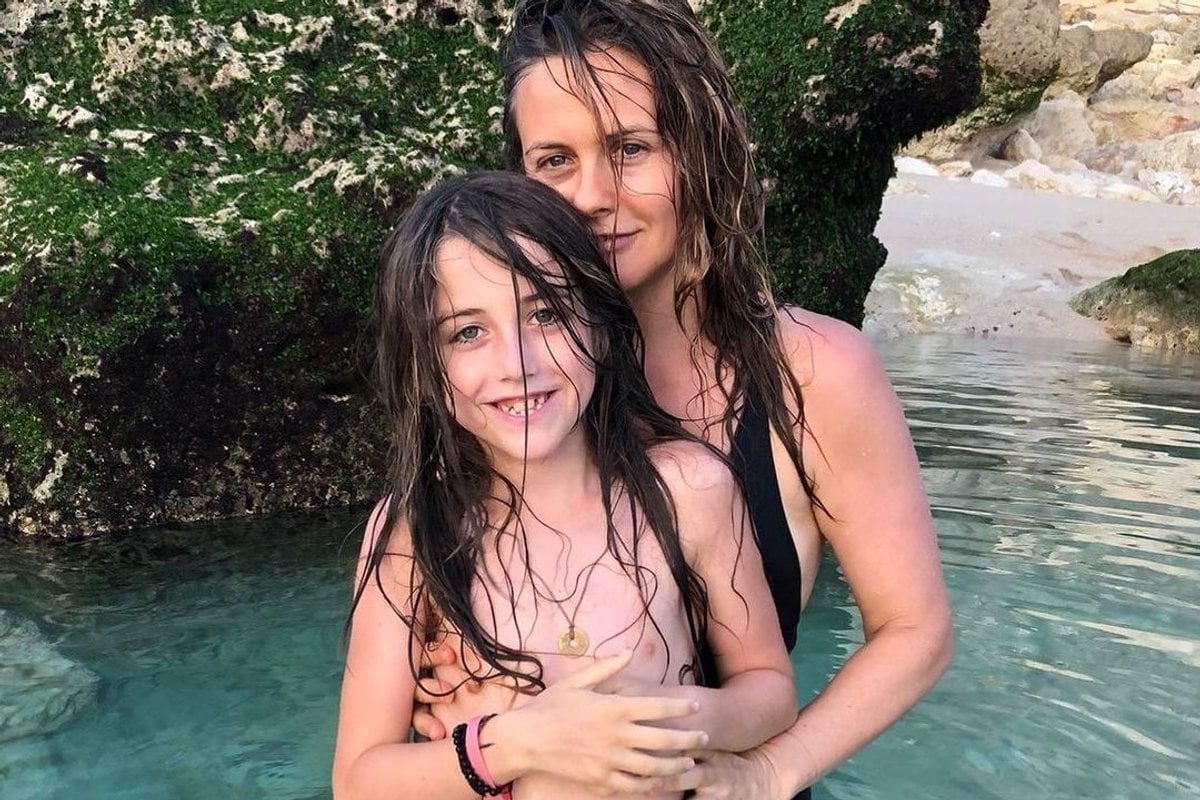 To many of us, Alicia Silverstone will always be her iconic 90s Clueless character Cher Horowitz.

But in 2020, the 43-year-old actress is an author, organic supplements brand founder, and animal rights and veganism activist.

She's also a mother to nine-year-old Bear Blu, her son she shares with her ex-husband Christopher Jarecki.

In an extensive interview with The New York Times earlier this year, Silverstone speaks about her passion for veganism, why she stepped back from acting at her '90s 'It' girl peak, and how her family has been handling quarantine.

However, the focus has turned to Silverstone's previously documented controversial parenting style thanks to what appears to be an off-handed aside about bathing with her son towards the end of the profile.

Over several years, Silverstone has made headlines for voicing her opinions on birth and parenting, from being an orgasmic birth and elimination communication advocate, to why disposable nappies are "fuelled by corporate-backed pseudoscience".

Alicia Silverstone on her son's vegan diet and feeding habits.

Silverstone has been vegan herself since she was 21. But in 2012, a video of her 'bird feeding' her then-baby by chewing up food, before spitting it into his mouth, went viral.

Aside from the bird feeding practice experts are divided on, Silverstone has long spoken about how her son's strict vegan diet is the reason he's so healthy. It's a topic she reiterated in her parenting book The Kind Mama, writing Bear Blu has “never had a drop of medicine" because of it.

“He’s never had to take medicine in his life,” she said at a 2018 Good Housekeeping sustainability summit in New York City.

“He can get sniffles and a runny nose but he’s not down, he still goes to school. Two times in his life has he been like ‘Mummy I don’t feel good,’ and it was only for a few hours and he was back running around.”

"He's such an example of health. This is a child who is plant-based," she recently told Entertainment Tonight, adding that Bear Blu has only ever been sick "for a few hours" twice in his life.

"To have never needed antibiotics in nine years and never have needed any medical intervention... Most kids have so many ear infections, they're taking medicine all the time! I'm not saying I wouldn't give it to him... I'm saying he doesn't need it."

“He’s not being deprived of anything,” she said. “For him, having amazing fruit is like candy.”

According to the Victorian Government’s Better Health Channel, a vegan diet can provide a nutritious alternative to a diet that includes meat, as long as care is taken to ensure all nutritional needs are met.

“Special care needs to be taken with children on all vegetarian diets, especially vegan diets. Strict vegan diets are generally not recommended for very young children,” it advised.

Much like her statements about veganism being a substitute for modern medicine, Silverstone is one of many celebrities who are openly anti-vaccinations.

In her book, she wrote, "There has not been a conclusive study of the negative effects of such a rigorous one-size-fits-all, shoot-’em-up schedule.”

"There is increasing anecdotal evidence from doctors who have gotten distressed phone calls from parents claiming their child was “never the same” after receiving a vaccine. And I personally have friends whose babies were drastically affected in this way."

(To be clear – the World Health Organisation (WHO) states “immunisation is a proven tool for controlling and eliminating life-threatening infectious diseases,” and estimate each year, it averts “between 2 and 3 million deaths”. Late last year, the WHO confirmed the anti-vax movement has prompted a 30 per cent jump in measles cases worldwide, and has since listed “vaccine hesitancy” as one of the 10 global health threats of 2019.")

Silverstone has also previously suggested tampons cause infertility and veganism can reduce the risk of miscarriage, and told The New York Times that some people with chronic health conditions like heart disease and MS "end up not needing [medication] anymore because they changed their diets".

Alicia Silverstone on bathing and co-sleeping with her son.

In the same interview, Silverstone said her recent focus has been on finding activities to do with Bear Blu in isolation, like bouncing on the trampoline, dancing, jump roping, and taking baths together.

“My son and I take baths together, and when he’s not with me, I take a bath and that really feels nourishing and comforting,” she said.

Silverstone also advocated for co-sleeping in her parenting book. She described placing a baby in a crib - or in her words, "a barred-in box completely alone" - as "tantamount to child neglect".

Another area Silverstone is passionate about when it comes to parenting is the use (or disuse) of any kind of nappy - but especially not disposable nappies because they are "fuelled by corporate-backed pseudoscience".

Rather, she believes babies are "much more content leaving their business in the grass than having to sleep and eat accompanied by their own pee and poo".

In her book, Silverstone claims she had Bear Blu toilet trained by the time he was six months old using the elimination communication method - the practice of tuning into a baby’s cues for when they need to wee or poo, and rather than allowing them to soil themselves in their nappy, they are held over a toilet or potty.

The actress who epitomised the 90s knows her views on parenting and raising children are controversial.

"I'm really a grandma at my house who’s going to help climate change and raise my son.”

Reply
Upvote
3 upvotes
I think anyone who wants to take an actor's words as gospel for anything in life, deserves what they get.  These people are no more entitled to tell anyone how to live their lives than anyone else. If we choose to put them on a pedestal because they spend their lives making a living pretending to be someone else then fine, but to assume that their choice of career makes them an expert on anything or everything is ludicrous.

Reply
Upvote
1 upvotes
Id love to know if anti-vaxxers think we should just all stay home forever, now COVID is an issue? What’s their strategy, if vaccines are unacceptable.