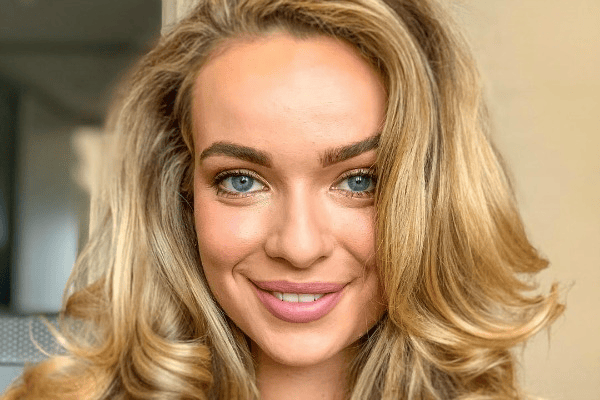 1. “My Tinder got blocked.” Abbie Chatfield on why she applied for The Bachelor.

Bachelor runner-up Abbie Chatfield has revealed why she applied for The Bachelor in the first place, and her reason is, well, a lot simpler than we were expecting.

In an interview with the Sex Love Magic podcast, Chatfield shared that she was banned from her Tinder account after it was inactive for months, which led her to consider The Bachelor.

"My Tinder got blocked so that's why I went on the show."

Finale was filmed a year ago, how?! It’s been the toughest but most rewarding year of my life and I’ll forever be grateful to the experience and also to Matt. It changed my life, and the adversity faced during and after the show is the reason I get to do what I love, and also the reason I got to look the hottest I will ever look. (Thanks @helendowsley and @kim_styledbycapitalk) I had some BTS photos to share but instead I’m gifting you with the stages of grief as told by my finale rejection because if you can’t laugh at yourself what is the point? Shock, denial, anger, bargaining, depression and acceptance (acceptance is told by photos taken of me at the airport trying to find a new boyfriend with an M&M, Nelson Mandela and a Springbok) (also they kinda arent in that order lmao) Before we left the hotel, I was still laughing and trying to distract myself from the PANIC. I was so scared of what eventually did happen, but I wish I could go back in time and tell lil 23 year old bebe Abbie “Everything will be fucking great, and your value does not lie in the validation of a man, even if you love him.” On the way to film, I was actually really calm. I knew the decision had been made and my time in therapy had taught me there’s no point to worry twice. We had a Sat phone bc we were in the South African wilderness and whatever, and we kept singing “you used to call me on my sat phone”. Panicked me thought it was comic GENIUS. Clearly I was shocked at the final result, I didn’t see a need to doubt myself because I didn’t want to ruin any remaining time with Matt second guessing myself, I don’t regret this. When I applied for The Bachelor it was honestly, for a laugh. (Despite some people deciding ill intent without evidence 🙃) I didnt have any way of comprehending what I was about to go through, even at finale, after I was dumped on le rock, I thought it was the worst thing to happen to me, but now, because of my resilience, I’M FINE!!!!

She explained it was inactive for seven months as she entered a relationship with a "Scottish guy" that didn't work out.

"The next day me and my roommate downloaded Tinder to see what's happening and it was blocked and I hadn't used the app for seven months and I couldn't get it back - so I applied for The Bachelor."

A very valid reason, if you ask us.

2. The MasterChef contestant tipped to be Australia’s next Bachelorette.

For the past eight weeks, MasterChef fans all over the country have been cheering on fan favourite Tessa Boersma. And now there's a rumour going around that she may not be leaving our screens once the competition is over.

According to New Idea, the 27-year-old chef is tipped to be Australia's next Bachelorette, with an offer allegedly being "lined up".

It wouldn't be the first time a reality TV star has landed the role, with former Bachelorette Angie Kent first appearing on Gogglebox.

But as much as we would love to see Tessa as our next Bachelorette, there's one pretty big problem with the rumour.

She is currently... taken.

Yep, Tessa is currently dating her long time partner Eliot Nelson, who works as a carpenter.

The couple has shared a number of photos together to Instagram over the years.

So there we have it, it looks like Tessa probably won't be our new Bachelorette after all.

3. "This has been a long time coming." Love Island's Anna and Josh have officially moved in together.

While Love Island isn't known for its successful long-lasting relationships, it seems like one couple is still going strong.

So strong, they moved in together.

WE MOVED OUT TOGETHER!! Link for house tour in bio 🏡❤️ #movingday

Over 30 trips of stairs, no fridge for two days, camping chairs for a couch up until yesterday...but we’ve finally got there!! Its safe to say we’re starting to feel right at home @annamcevoy21 !! Move in vlog in bio

Anna captioned her photo, "WE MOVED OUT TOGETHER!" while Josh wrote, "Over 30 trips of stairs, no fridge for two days, camping chairs for a couch up until yesterday...but we’ve finally got there!! It's safe to say we’re starting to feel right at home."

Anna also shared a video documenting the whole move to her YouTube channel.

"This has been a long time coming, we've been wanting to tell you guys for ages but we were like, 'We have to hold off and try and make it a surprise.' Finally it's out so we're super excited," she said.

The couple were in a long-distance relationship before the move. Anna was living in Melbourne, while Josh was based out of Sydney.

4. Oh. MAFS’ KC says she went on “one or two dates” with a One Direction singer.

Although Married at First Sight's KC Osborne is currently dating fellow castmate Michael Goonan, she shared that she dated someone quite famous before him.

During an Instagram Live a follower asked her, "Is it cool Niall Horan follows you on Instagram?"

KC then explained that she and the One Direction singer actually went on "one or two dates". She added he was a "great guy".

From what we know and can see on KC's social media, things didn't work out between the Australian dancer and Irish singer. But since he still follows her on Instagram, we assume things are amicable.

These days, KC and Michael are still together and now doing long distance due to COVID-19.

I moved back to Australia because I wanted love so bad. I craved a normal relationship and I knew I was not going to get that in LA. What people don’t hear or read about Michael is his work ethic... Being around him inspires me to work harder and to go for all of my dreams without caring what people think. I’ve seen this boy grow so much in such a short time as well as myself and that’s what a partnership is about. 💗 love you @mickygoonan

5. "Like watching dead fish at the pet store." The best reactions to the new Big Brother.

Big Brother Australia is back, pals, and we’re damn grateful because this global pandemic thing has really thrown a spanner into our usual reality TV schedules.

One episode in, we’re not sure if we… love it, hate it or just need some time to get used to the very unfamiliar new format.

The series has been pre-recorded which makes it hard to understand… how it will… work. It will run for seven weeks on three nights a week – Mondays, Tuesdays and Wednesdays – giving us plenty of time to watch the new contestants live, eat and share their secrets on national television. We can only hope it gets more juicy.

The series will end with a live finale, when Australia will get an opportunity to vote.

So… how did we react to the first episode? Well, it was a bit of a mixed bag.

Just finished watching #BBAU & it completely lacked atmosphere! Housemates arrival & that eviction was so boring ... and why the hell are those up for eviction voting?! As a huge #BigBrother fan I’ll give it a go but not off to a great start Australia!
Ps Allan needs to go 🤦🏻‍♂️

Watching the first episode of #BBAU! I love the vibe & production. I love this first challenge for Kieren but is it going to backfire on him????

What I understand so far is that they entered the house. Then they talked and when it was time to sleep Daniel snored too much and woke the participants. #BBAU

You can read more reactions over here.