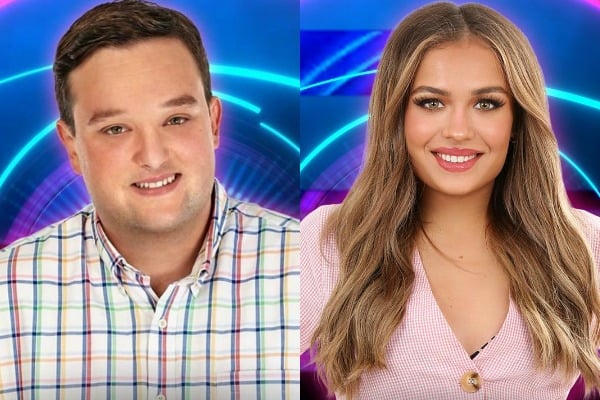 After a six year hiatus (and months of waiting), Big Brother Australia is finally returning to our loungerooms.

In just two weeks time, we’ll watch 20 strangers live, eat and share their secrets on national television, all for the interest of our entertainment. And we seriously have never been more excited.

While this season will see the return of 2012 Big Brother host, Sonia Kruger, the show will look very different this time around.

Watch a sneak peek of the new season of Big Brother below. Post continues below.

Not only will this season incorporate new challenges, but we’ll also see a completely different mix of contestants other than the usual bunch of young singles.

Speaking to The Morning Show in April this year, Kruger shared that the youngest contestant this season is 19, while the oldest contestant is 61.

She also shut down the rumour that a former Big Brother contestant could appear on the series: “I did hear that rumour, and thought it was interesting, but it’s an all-new cast,” she said.

Unlike previous seasons, the series, which has been pre-recorded, will run for seven weeks on three nights a week – Sundays, Mondays and Tuesdays. The series will end with a live finale, when Australia will get an opportunity to vote.

Here’s everything we know about the Big Brother 2020 housemates so far.

The videographer, who has become a YouTube sensation in recent years, has been on his learner’s drivers licence for more than three years.

Despite his lack of driving skills, Kieran believes he can come out on top on Big Brother.

“I want to be the last man standing,” he said.

“[The other contestants] are going to go down like a sack of potatoes.”

Sophie is one of the latest Big Brother contestants to be announced by Seven.

The 25-year-old champion gymnast hails from Darwin and is set to bring her athletic edge to the competition.

Sophie began training as a gymnast from a young age and eventually made the 2012 London Olympics team when she was 18 years old. Unfortunately two months out from the games, a career-ending back injury forced her to retire.

Now Sophie is fulfilling a different dream by appearing on Big Brother.

Introducing Sophie! This former champion gymnast wants to stay under the radar and emerge the winner. ????‍♀️ #bbau, this June on @channel7. #bigbrother #bigbrotheraustralia

27-year-old Chad is no stranger to the camera. The Campbelltown born model has travelled the world modelling for the likes of Vogue, GQ, Country Road, Superdry and David Jones.

When he’s not in a photoshoot, Chad can be found on a construction site working as a tradie.

“Model by career. Tradie by heart,” he tells the network.

“I think I’ll be able to adapt to most personalities in the Big Brother house and just weave my way in there.”

Meet Chad! Our tradie turned model is looking to have a good time in the Big Brother House. ???? #bbau, this June on @channel7. #bigbrother #bigbrotheraustralia #model

Angela is a 37-year-old mum of two, and works as an event manager in Perth.

She also tells Big Brother that he has found his match as she enters the house.

Welcome Angela! Has Big Brother met his match with our feisty housemate? ???? #bbau, this June on @channel7. #bigbrother #bigbrotheraustralia #bigbrotherau

Marissa Rancan is the oldest contestant to enter the Big Brother house this year.

Weirdly enough, however, the 61-year-old makeup artist isn’t a stranger to the spotlight.

Back in the ’80s, Marissa and her twin sisters became well known as The Rancan Sisters. The trio famously brought aerobics to Australia every morning on Good Morning Australia.

After lots of speculation, former AFL player-turned-influencer Daniel Gorringe has been confirmed by Channel Seven as a housemate this season.

Daniel previously played for the Gold Coast Suns and Carlton Football Club, but was dropped from both.

The 27-year-old is from Melbourne, Victoria, and is in a relationship.

"For some weird reason, I believe I can win this," he said in Channel Seven's promotional video.

This former AFL pro knows his way around a footy field but he’s never played a game like this before. ???????? #BBAU, this June on @channel7. #bigbrother #bigbrotheraustralia #afl

And unlike seasons gone by, Mat is a bit different from the contestants we’ve seen in the past. He’s a down-to-earth country man who was born and raised in Broken Hill and works at the local mine.

Mat, who is currently engaged, says he’s bringing his humour, energy and a “beautiful big head” into the Big Brother house.

According to TV Blackbox, Melbourne-based parenting blogger Zoe George will also be joining the show this season.

Zoe has two children and describes herself as a “Mother. Wife. Writer. Teacher. Funny. Honest. Energetic. Prankster. Subtle as a brick in the face.”

But Seven are yet to confirm Zoe as an official housemate.

Just realised it’s Good Friday for most! What are your plans for this weekend? Couch? Bed? Anyone have any genius ideas in iso? I honestly find myself forgetting sometimes what is going on outside and then I remember and feel crap about it. Are you telling your kids the Easter bunny is isolating? #easter #iso #stuckinside #easterbunny

TV Blackbox’s The Ben, Rob & Robbo Show claims the entire list of contestants has been leaked to Big Brother's season nine winner Benjamin Norris who co-hosts the show. He said Western Australia-based farmer by the name of Ian W is rumoured to be one of the show's contestants. But nothing has been confirmed by Channel Seven at this stage.