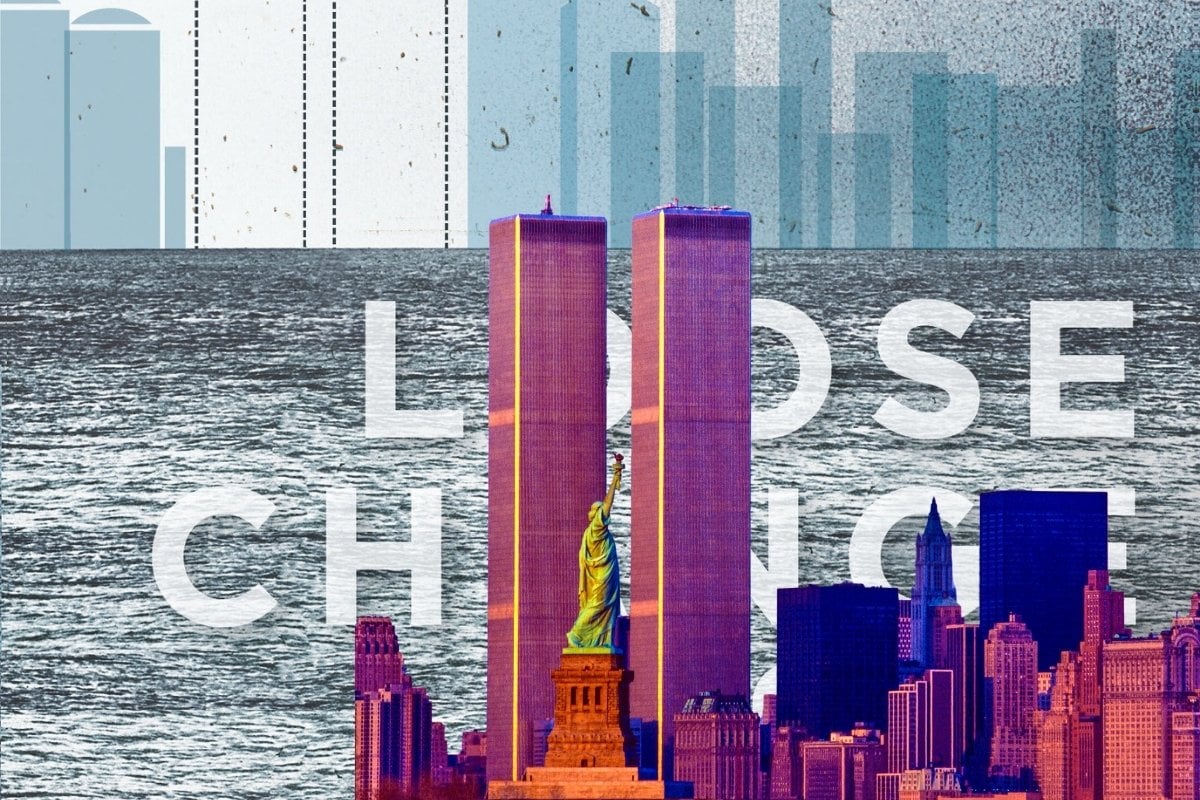 Loose Change was among the first truly viral videos on the internet. An online phenomenon, it was watched by tens of millions of people and remains one of the most successful independent documentaries of all time.

But the man who wrote it is sorry it ever saw the light of day.

Dylan Avery was only a teenager on September 11, 2001, the day al-Qaeda terrorists piloted hijacked passenger planes into the World Trade Center in New York and the Pentagon in Washington D.C.

The following year, the aspiring filmmaker from Oneonta, New York, started pulling together a drama about a group of high school friends who discover the 9/11 attacks were a US government conspiracy. Only a few scenes were ever filmed before a lack of finances crippled the production.

But Avery found another avenue for his storytelling: documentary.

By then, conspiracy theories about the attacks had emerged on forums and sites like 911review.com and whatreallyhappened.com, most questioning whether the US Government had engineered (or at least deliberately not stopped) the attacks in order to justify its subsequent 'War on Terror' in Iraq and Afghanistan.

A self-described "angsty kid", Avery tucked himself away in his basement apartment in Washington D.C. and dedicated time between his shifts at a local restaurant to pulling together some of the most compelling theories.

With the help of childhood friend and US Army vet, Korey Rowe, he crafted a rudimentary, hour-long feature film that was released in April 2005 via DVD and the file-sharing platform BitTorrent.

Watch: the trailer for a later edition of Loose Change.

The original Loose Change was more like a PowerPoint presentation than the slick, homemade conspiracy films populating the internet today. But something about it resonated with those desperately seeking an explanation for the atrocities of that September day.

After Avery, Rowe and their new 'researcher', a 9/11 conspiracy obsessive named Jason Bermas, released a second edition of the film, it went to new heights. Fans ripped it from DVD and uploaded it to Google Video, a now-defunct YouTube equivalent, where it was viewed over 10 million times.

Multiple editions were released over the following decade, posing theories that the attacks were an "inside job". Some of the most resonant being that the Twin Towers collapsed due to controlled demolition, that Flight 77 wasn't flown into the Pentagon, and that Flight 93 (which crashed in Pennsylvania after brave passengers overthrew the hijackers) landed safely in Connecticut.

Though these theories have been thoroughly and repeatedly debunked, Loose Change became a touchstone for the swelling '9/11 truthers' movement.

Of course, the bogus claims around the September 11 attacks weren't the first conspiracy theories. Think Roswell, the Moon Landing, the J.F.K. assassination.

But the conditions under which they — and by extension, Loose Change — entered the zeitgeist ensured they flourished like none had before.

Having experienced the deadliest attack on US soil since the 1941 bombing of Pearl Harbour, people were traumatised and scared; something research has repeatedly cited as fertile ground for conspiracies.

Then, from 2004 onwards, it was becoming clearer that Iraq didn't have weapons of mass destruction nor did the Iraqi government have strong ties to al-Qaeda — reasons that had been used (and parroted by the media) for invading the country the previous year. Naturally, distrust was high.

And then, of course, there was the internet: a cheap, easily accessible platform on which these messages could be easily published and disseminated to millions.

Listen: On the 20th anniversary of the September 11 attacks, The Quicky looks at why none of our lives have been, or will ever be, the same. (Article continues below.)

It was the internet that allowed that fear and that distrust in official narratives about the September 11 attacks to metastasise to the point that, by 2006, an Ohio University poll found that 36 per cent of Americans believed it was either somewhat likely or very likely that US federal officials "either assisted in the 9/11 attacks or took no action to prevent them because they wanted the United States to go to war in the Middle East."

That cancerous potential has been demonstrated over and over in the years since.

From the cruelty of bogus claims that the Sandy Hook Elementary School massacre was staged in an attempt to bring about gun reform, to the utterly bizarre QAnon conspiracy, which claims Donald Trump was attempting to bring down a cabal of pedophile elites that included Barack Obama, Hillary Clinton and Oprah Winfrey.

Now, of course, there are dangerous falsehoods circulating about the seriousness of COVID-19 and the safety of vaccinations.

Avery is eager to distance himself from all of them.

Speaking in an interview with the Armchaired and Dangerous podcast earlier this year, he described some of the theories mentioned above as "bonkers" and claimed he had even "checked out" of the conversation about 9/11.

"I'm sorry I made the 9/11 thing and it blew up, but like, I'm not really who you think I am. Come on, please give me a little bit of a break. I was a fired-up youngster that had things to say and didn't really give a sh*t," he said.

Avery never expected his little US$2,000 film project to become what it did. He said that, at the time, he simply thought of it as filmmaking "practise".

"And I just don't think it's fair to take all of the problems that are going on in the culture wars, 'conspiracies', and to just lump it all in with, 'Well, there's this film that came out that was really popular. So it's because of that film being so popular that now conspiracy theories are all the rage.' I don't think it's that simple.