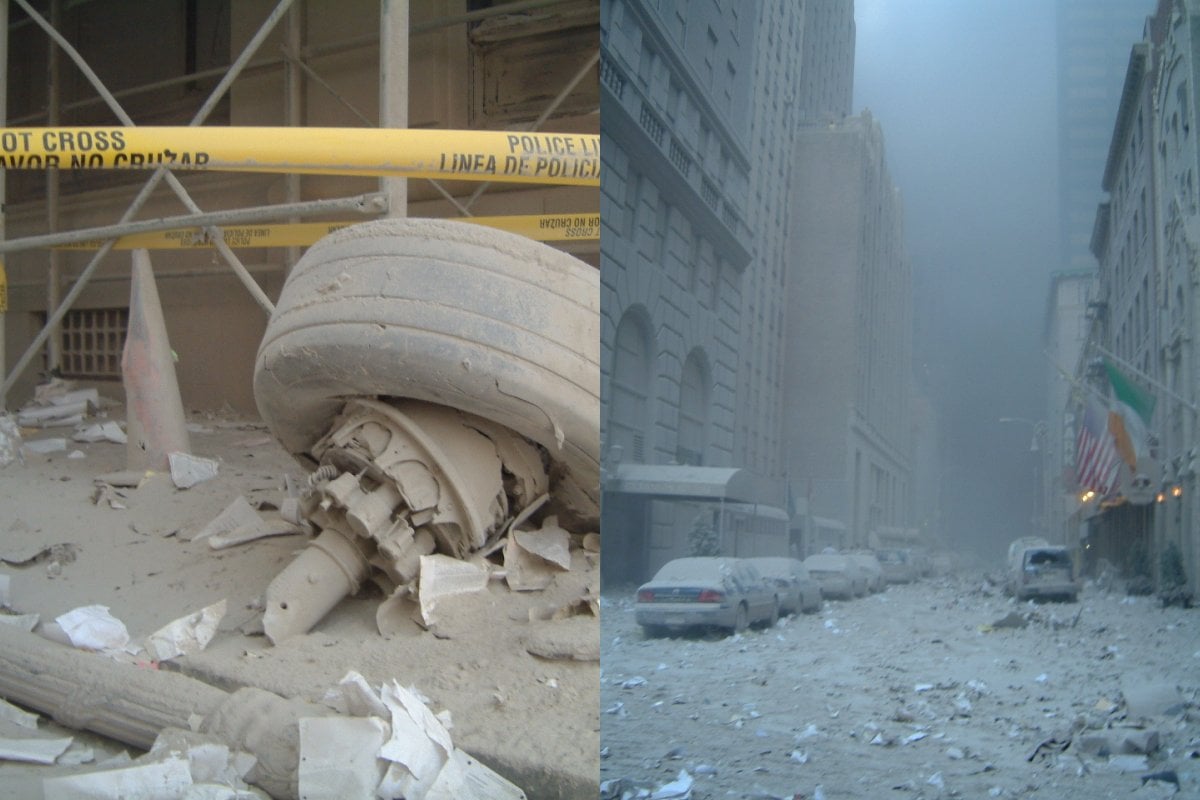 It is 20 years on, and for those of us that lived through September 11 and its aftermath, it will always remain part of our story.

Living downtown at the time, the World Trade Centre was my closest shopping mall.

It was where my photos got developed, my dry cleaning was done, where my local drugstore (pharmacy) was.

I walked through the building on my way to work pretty much every day. Across the road was the Amish Market, a gourmet fresh food supermarket where I did all my food shopping.

It was part of my neighbourhood and my daily life.

My then husband, Robert, was a journalist for the London Financial Times at the time of the attacks, and I was a film and television producer.

So many memories I have of that day are blocked out and the rest are disjointed.

I was in a visual effects suite when I saw the footage of the planes hitting on a monitor - I honestly thought it was a shot from a movie.

I remember the panic of not being able to contact Robert, knowing that as a journalist he would have been running to the story, and not away from the story (all the phone lines were jammed that day) and those hours it took to actually locate him and know that he was alive as the death toll rose and so many others were not.

Watching the towers crumble and wondering if we still had a home.

We were unable to get anywhere near our apartment, being only two blocks from the WTC, so we stayed first with friends and relatives for a couple of days and then accessed the 'emergency accommodation rates' that were being offered to displaced persons by New York hotels (thank you, Soho Grand).

Over a week later we were escorted home by the National Guard to retrieve some personal belongings.

Displaced residents were instructed to meet the guards at a designated checkpoint with photo ID and proof of residential address, then we were grouped based on which building we lived in and were escorted through the restricted zone into the building.

The streets were covered with ash, debris and burnt paper. Destruction was everywhere. The site was still smouldering. There was no electricity, everything was dark. 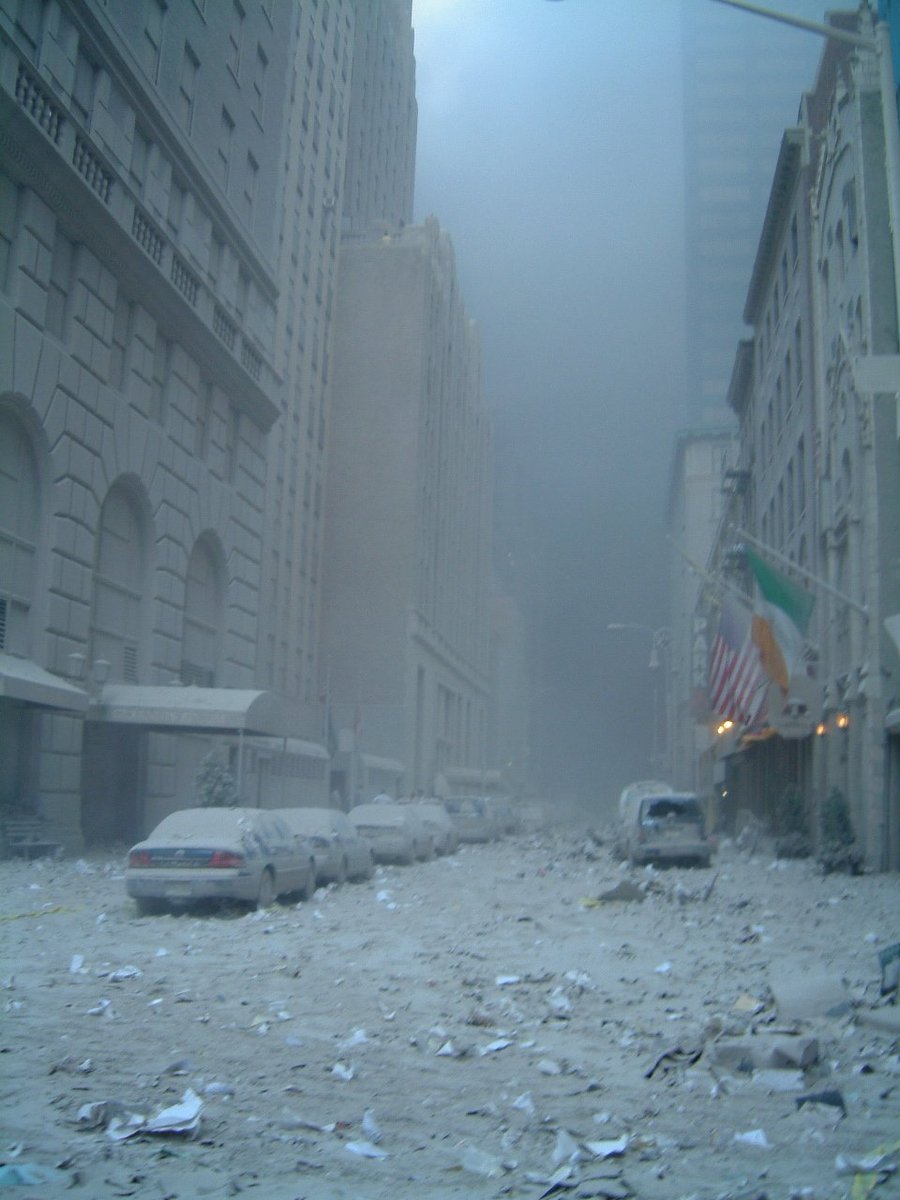 A front wheel from one of the airplane’s sat on the footpath across the road from the entrance to our apartment, covered in dust and cordoned off by police caution tape.

We entered the lobby, which was filled with dust and ash and then climbed the 21 floors, with torchlight guiding the way to our apartment.

The air was thick with the smell of smoke, garbage and rotting food from fridges and freezers that had lost power. The force of the explosion had deposited pieces of burnt paper and faxes from the World Trade Centre into the doorjamb of the apartment that dislodged as the door opened.

Walking into the apartment, every item was covered in a thick layer of dust. We had 10 minutes to collect what we needed before we had to meet back down in the lobby to be escorted out. 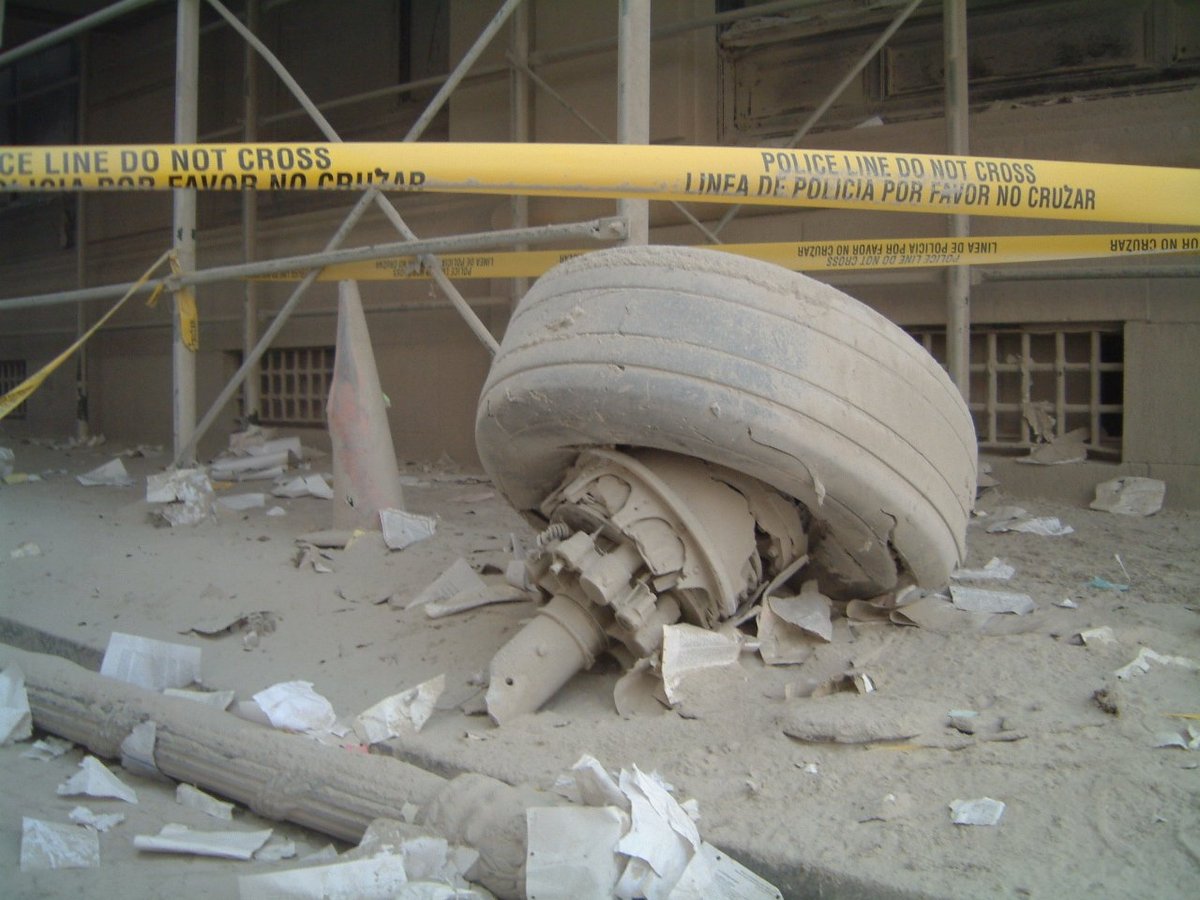 A month later Uptown New York moved forward, people went back to work, planes were flying again. Perhaps there was more of a police presence, but that was all. Downtown was still a war zone.

One of the Ground Zero entry points was outside our apartment, so we were literally living at Ground Zero.

We started the cleaning process – everything had to be thoroughly cleaned.

Every surface, every item of clothing, every piece of furniture was covered in the dust.

It was unbelievably depressing knowing what the dust represented. The fridge and freezer were full of perishables that had been rotting for weeks with no electricity.

The rubble was still smouldering, smoke filled the air, and we had to put wet towels under the doors to stop the smoke coming into the apartment.

While walking outside we needed to wear a mask. For 24 hours a day trucks would line up to enter and exit the site, idling, braking and accelerating outside and keeping us awake all night.

We were also completely isolated with no access to transport, cars or services.

Every time I walked out the door of the building there were press jostling to see into the Ground Zero site when the gates opened.

Streetlights were still not working, Con Edison (electricity) and Time Warner (cable TV) were digging up the streets to repair damage.

There was nowhere open to eat out, buy groceries or collect take-away. No vehicles (except authorised emergency vehicles) were allowed south of Canal Street, no subways were operational, so there was no way to get home but walk, usually in the pitch black and meandering around the back streets as Broadway was often closed.

It was a miserable way to live. To this day, I remember the smell of that rancid smoke in my hair.

But we had to endure it – and the guilt in feeling even remotely sorry for our situation was abhorrent given the death of so many people, and the tremendous suffering of their families.

Not to mention the emergency workers (and some film workers) who endured far worse than I each day and night for many months.

With no television or internet (dial up internet in those days) we had to find other things to do... and nine months later my son was born, making him a September 11 baby!

Discovering I was pregnant made me even more concerned about the environmental effects of being so close to Ground Zero.

My husband, Robert, thought it was another part of my hormonal craziness – but I was constantly aware of the EPA testing stations all over Lower Manhattan. Including on top of our building.

The EPA was reporting that the air was safe for residents, and therefore Wall Street.

If they had declared the air unsafe that would have closed Wall Street and sent the US economy into recession, so the political sceptic in me believed that the government had done a financial risk analysis, and decided that the lawsuits they would have to pay out in the future for the poor health of residents of lower Manhattan would be less catastrophic than a post September 11 Wall Street crash.

I decided to get independent chemical analysis done on the apartment – and the results were not good.

Lead, asbestos, and other carcinogens were present in some over 10 times the legal limit.

This alarmed even Robert. We could not stay and risk the health of the baby.

We packed up that night and moved to Connecticut and then began the long legal saga of how to extract ourselves from the apartment lease in Manhattan in a once luxury building that no-one wanted to live in any longer.

Over the next year I spent time in Australia and New York, both before and after the birth of my son. But in October 2002, just over a year after the September 11 attacks, and five years after I arrived, I moved back to Sydney permanently.

Although my New York life was over on September 11, 2001, this amazing, resilient, vibrant city will live in my heart forever.

Reply
Upvote
I can't believe it's been two decades. I was watching TV that night, and in an ad break the "upcoming news" clip said that a plane had hit one of the Twin Towers. I initially thought that maybe a little Cessna had gone off track or something, it never occurred to me that it was a hijacking. So I watched the news after the show ended, and it was all just so horrifying and unbelievable.
News
General
Opinion
True Crime
Politics
Sport
Explainer
Entertainment
Celebrity
Reality TV
Movies
TV
Books
Rogue
Royal
Lifestyle
Beauty
Fashion
Weddings
Home
Wellness
Health
Fitness
Travel
Food
Parents
Before The Bump
Pregnancy
Baby
Kids
Teens
School
Parent Opinion
Work & Money
Money
Finance
Career
Lady Startup
Relationships
Sex
Dating
Separation
Friendship
Family
Real Life
Couples