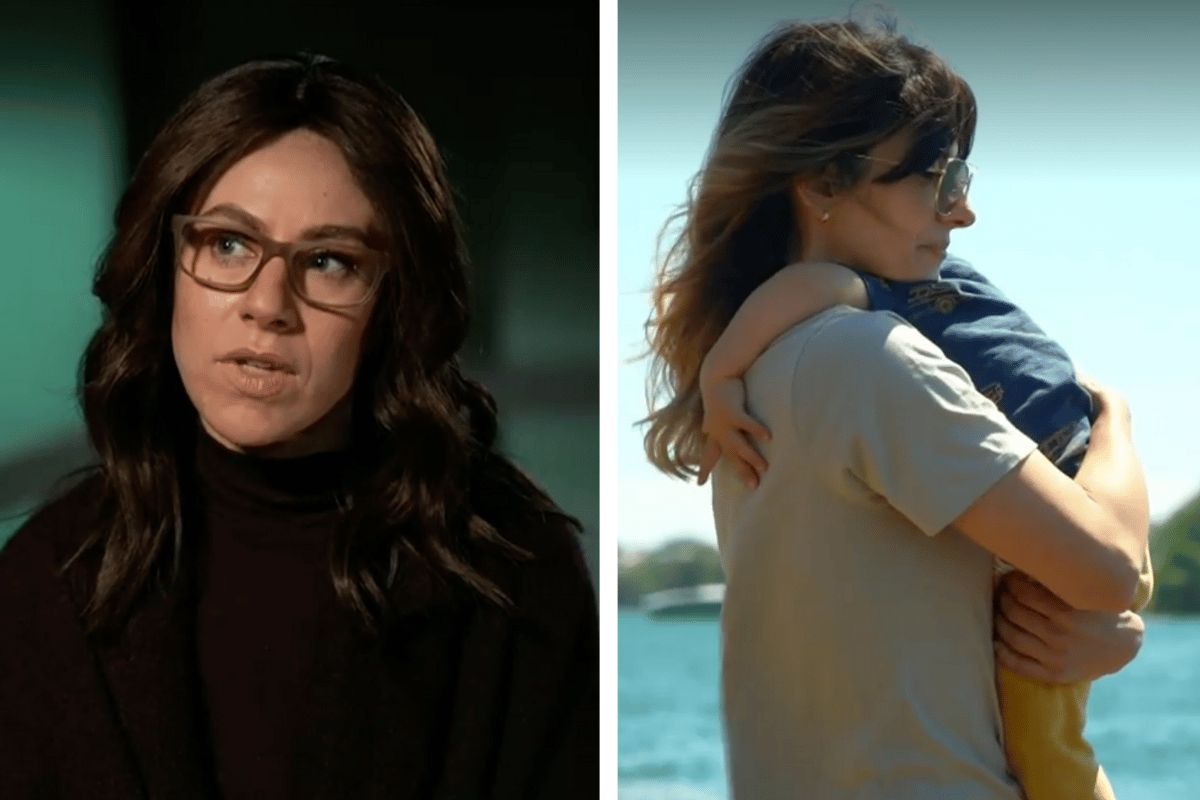 On October 2, 2020, armed Qatari authorities boarded a plane sitting on Doha's Hamad International Airport tarmac and ordered all women to exit the aircraft with their passports. The authorities were looking for the mother of a newborn baby discovered abandoned in an airport rubbish bin.

The 18 women who were of "child-bearing age" were forced into an invasive gynaecological exam, performed without their consent.

These women were transiting through the Persian Gulf state of Qatar via flight QA 908, on their way to Sydney. 13 Australians were part of this group of women who were hauled off the flight and physically violated by airport authorities.

The degrading physical conduct was condemned around the world, drawing international headlines.

One year later, these women are still searching for answers.

Seven of the 13 Australian women are now launching legal action against Qatar Airways, three of them sharing their story with 60 Minutes.

Watch: Jane shares her experience on 60 Minutes. Post continues below.

*Anna was among the 13 Australian women marched off the QA 908 flight bound for Sydney. She was flying back home with her five-month-old son. She described the experience to 60 Minutes as "the scariest moment of my life," and a "breach of my human rights."

"The look on everyone’s faces said it all: it was a pretty scary moment especially when we saw the guards wearing black gear with machine guns. I thought that we’re now kidnapped, we’re going to be raped. My child is going to be taken, we’re never going to see family again."

"Everybody was looking around in shock, looking for answers, trying to get a flight attendant and ask what’s going on."

But no one provided any answers for Anna. Instead, she was taken off the plane, her baby boy in her arms. 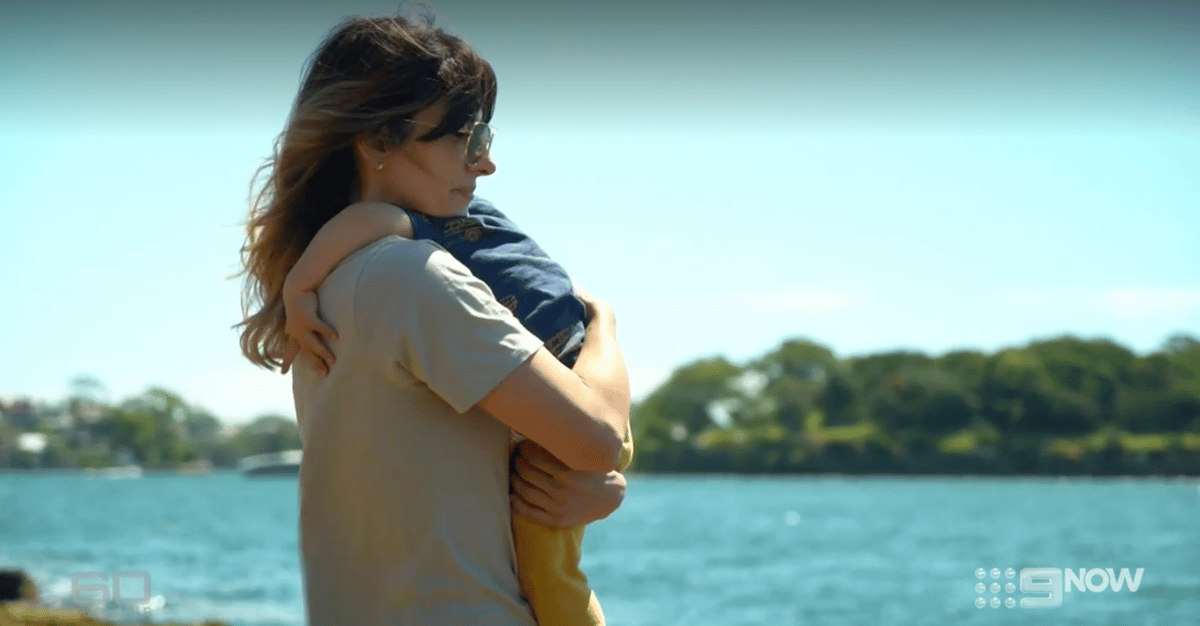 "This was the moment where I broke down, and the other women started getting really uneasy because we realised that something sinister is happening here. I was crying, shaking, squeezing my baby, I didn't want to go with the armed guards."

Like all the 18 women marched off the flight, Anna was taken to a nearby ambulance on the tarmac, where a nurse was waiting to examine her.

"She said, 'I need you to lay down on the bed.' I said you tell me right now what is going on. And this is the moment she said, 'we found a baby in the toilet and we are looking for the mother.' But this is ridiculous: this is my baby in my lap, my son. I just thought she would feel my stomach over my clothes and that would be it. But I just felt her grab under my pants and my underwear and she stripped me down. For a second I just think my head was about to explode because I didn’t know what had just happened." 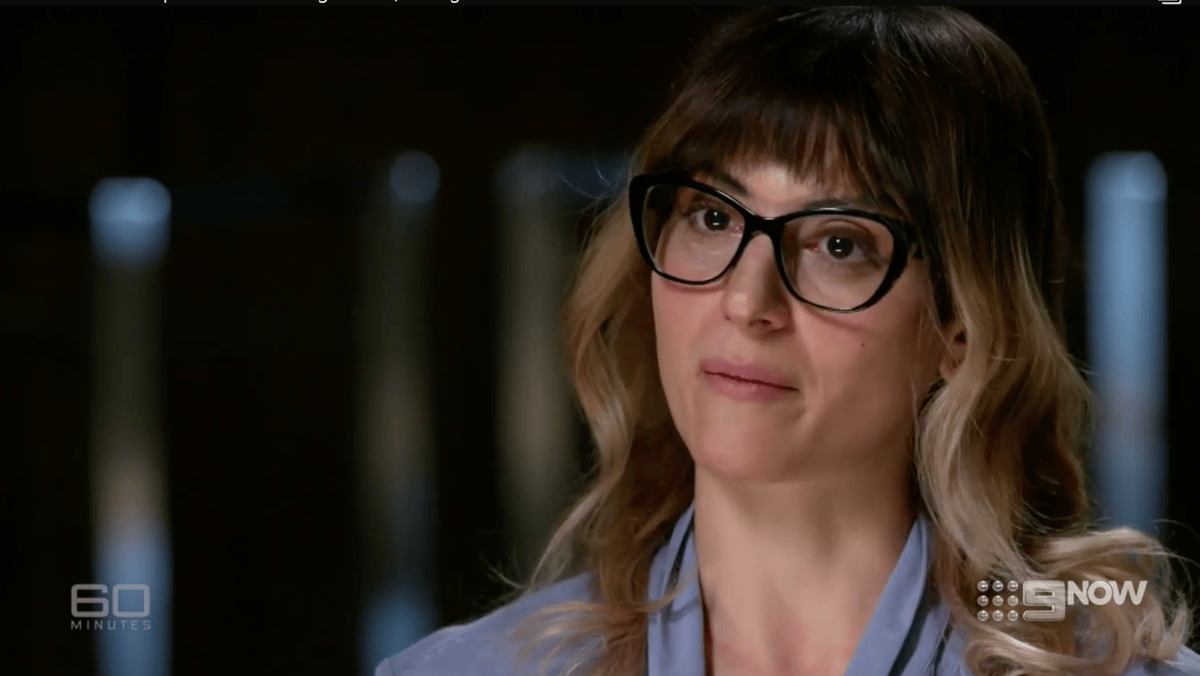 *Sophie was travelling alone, leaving COVID-ravaged London for Sydney via Doha. After four hours of waiting for the QA 908 plane to take off, the doors to the aircraft suddenly opened, armed guards rushing in.

There was a message over the loudspeaker, saying: "Can all women disembark the plane with their passports."

It was a terrifying moment, Sophie said on 60 Minutes. "Everything went silent, the ringing in your ears when you are really stressed." 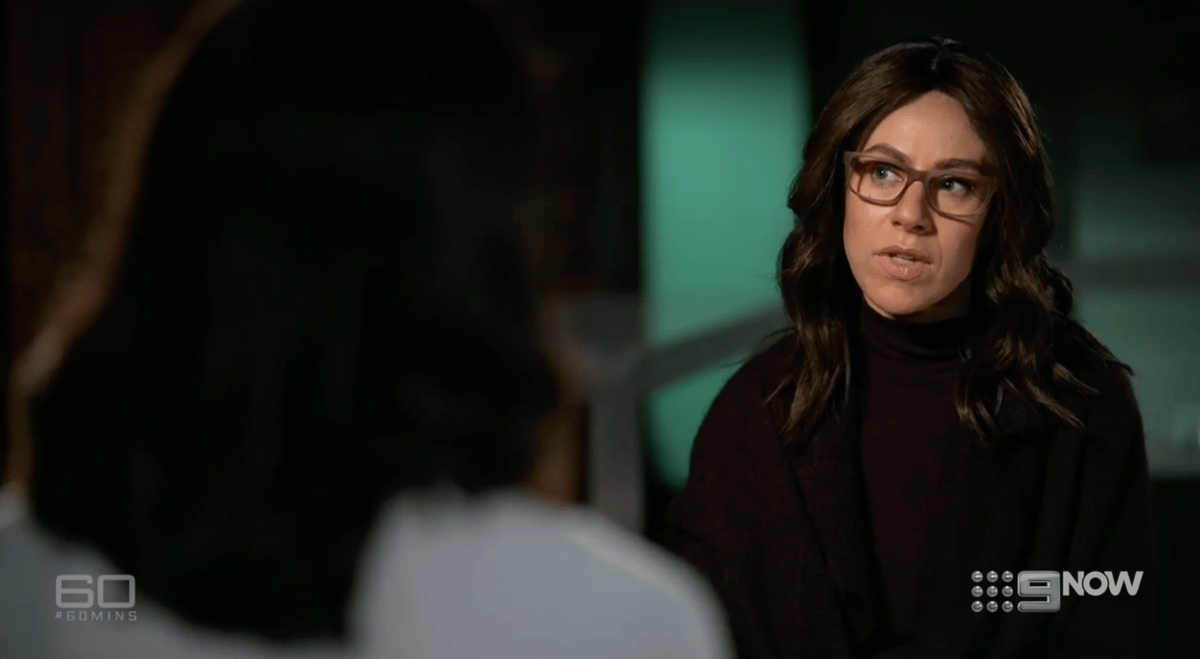 *Sophie. Image: 60 Minutes. Just like the other women, Sophie was marched off into a waiting ambulance. However, she insisted another woman go into the ambulance with her.

"I felt that was pretty quick thinking on my part: just having someone else in the ambulance. So we went in together and that meant there was a witness, there was somebody there. I felt full of rage leaving the ambulance: that I didn’t have a stronger voice, that I allowed that to take place, that I didn’t protest enough before. I felt pretty powerless against what had just happened."

Australian nurse *Jane was another woman who experienced the same violation. She spoke with 60 Minutes last year about her experience.

“I didn’t know if it was a hostage situation or a terrorist situation. We felt like criminals. I just kept thinking ‘oh my goodness, if they think that I'm guilty of something, what is going to happen to me in this country?' It was incredibly unfair.”

In the ambulance, Jane too was told by a female nurse to remove her underwear. When Jane asked what was going on, the nurse only said one line: "a baby has been found in a bin and we need to test you." 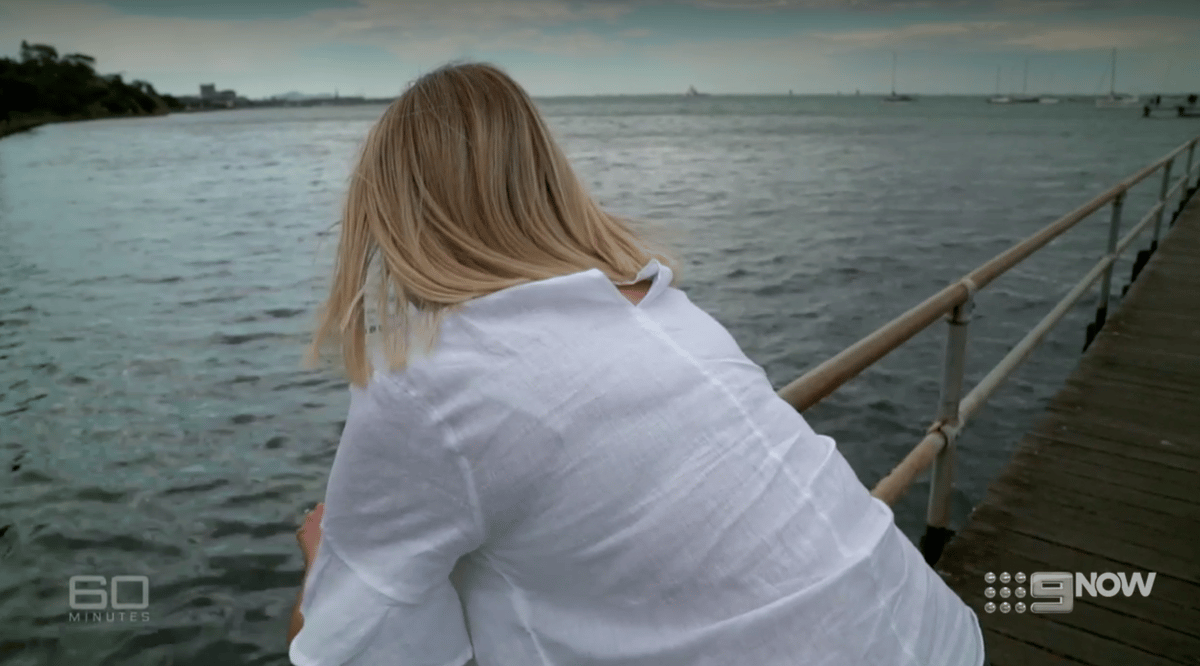 *Jane. Image: 60 Minutes. "I was wondering what are they going to do, what are they testing me for? She asked me if I would lay down on the table in the ambulance. She put a medical sheet over me, and I lay there thinking I don’t know what's about to happen. And she said we need to remove your pants. I remember thinking this is bizarre, why am I having to remove my pants? But I removed them."

It was then that the nurse told Jane she needed to take off her underwear.

"I said I didn't feel comfortable removing my underwear, while physically holding them up. But she said 'no, no they need to come down.' I was in shock at that stage. I remember laying there thinking this isn’t right, this isn't how it should be done."

Jane was then examined without consent.

Physically, the assault was over within minutes but emotionally, Jane has been dealing with the trauma ever since.

"It hits you when you least expect it," she said on 60 Minutes at the time. 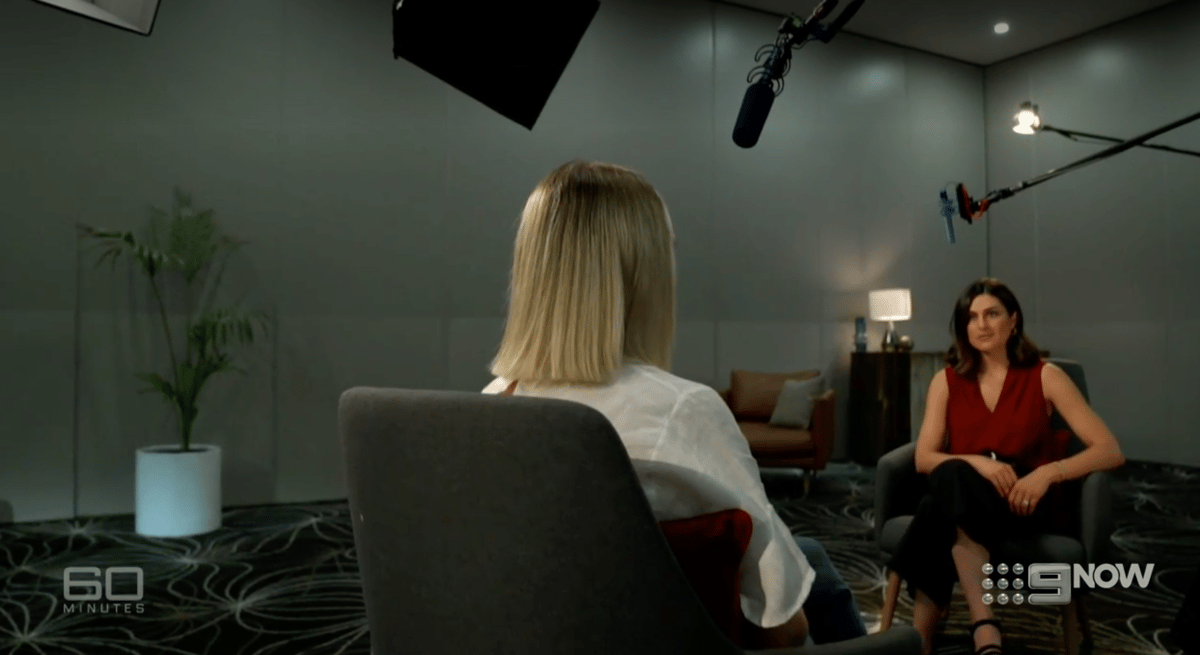 *Jane. Image: 60 Minutes. When the QA 908 flight landed in Sydney, everyone was then put into hotel quarantine for two weeks: leaving the 13 Australian women ill-supported to process what had happened to them.

Anna, Sophie and Jane have come forward in sharing their stories in the hope that they will receive answers and an apology.

So far, they have received nothing.

The October 2, 2020, incident made headlines across the world, with the Australian Prime Minister Scott Morrison and Foreign Minister Marise Payne promising action and vowing to get an explanation for what had happened.

"As a father of daughters, I could only shudder at the thought that anyone would, Australian or otherwise, be subjected to that," he said at the time.

Listen to today's episode of The Quicky. Post continues after audio.

Last week, when asked by a journalist what had been done in response to the completely unnecessary conduct, Morrison said: "It was an awful experience for those women and yes I did have a very strong view on that. I’m very pleased that there was an investigation, there has been a conviction, and there has been a significant change to airport processes in Qatar."

Only, none of the women subjected to the violation have been contacted by anyone, either from Canberra or Qatar.

"I think we've been ignored, and the Australian Government hasn't come across as a strong support at all, and we feel pretty angry about that," said one of the women.

"I expected the Prime Minister, being such a champion of women's rights, he would be the first to jump and say hang on a minute? These women need protection, they need answers. We want someone to reach out to us and listen to us. This isn’t going away and we aren’t going away,” said Anna. 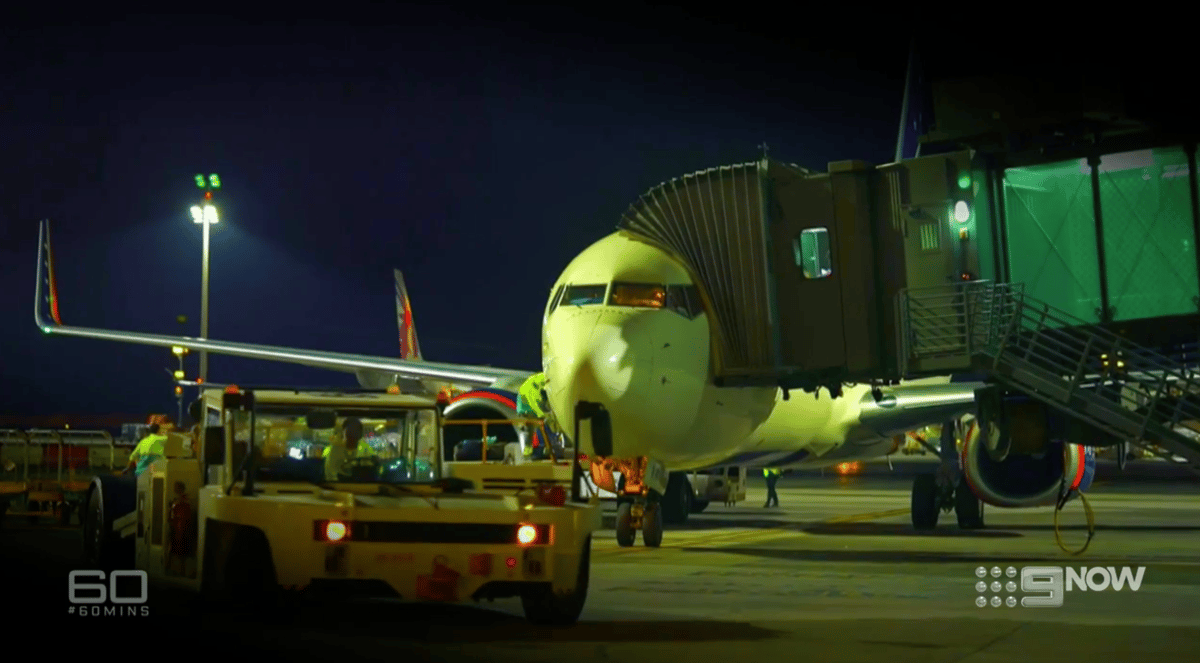 Image: 60 Minutes. In Canberra, Qatar’s Ambassador received a letter from the women but has not acknowledged the letter sent to him. The Embassy has said to journalists they are considering the women's complaints.

The Prime Minister of Qatar released a statement via Twitter last year, assuring changes would be made.

We regret the unacceptable treatment of the female passengers at HIA. I assure you that we will hold those responsible for these acts to account. What took place does not represent Qatar’s laws or values. We will undertake all measures to prevent a recurrence.

Qatar Airways has refused to meet or mediate with the women, saying their claim has no merit.

It's quite ironic when you consider Qatar Airways' slogan: "Travel safely with the airline you can rely on."

“Qatar Airways wins all the awards for best customer experience and service: I thought they would know better," Anna noted. "We haven't heard a single word from them: nothing. Not a single apology."

Rothna Begum, a senior researcher and women's rights campaigner at Human Rights Watch in London, has shared her concern over the safety of women travelling through Doha. 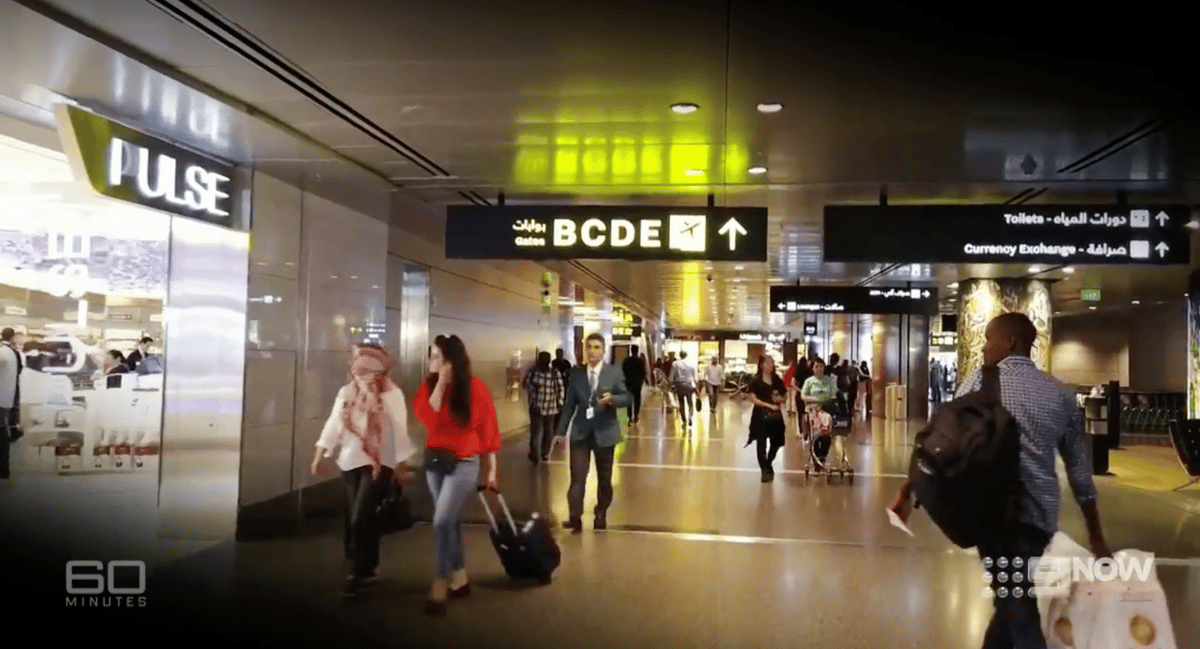 "It shouldn't have ever happened. It is absolutely disgraceful that the Qatari authorities were in a position to just randomly take women off a plane and force them into an invasive gynaecological exam."

Qatari authorities never tracked down the mother of the abandoned baby. The infant is believed to be safe and well in the care of social workers. If the mother is ever discovered, it is likely she would be imprisoned.

"A woman who has given birth and has abandoned them is a walking criminal in Qatar. So we are in a situation where I could see the immediate action of the authorities being we need to find this woman and arrest her. Qatar has Draconian laws for women, where having a child out of wedlock can mean going to jail."

Jane and the other Australian women hold no ill will towards the mother of the baby.

"We're scared for that mum. We do think of her," Jane told 60 Minutes last year.

"Being a woman ourselves, we can't begin to imagine what she was feeling to think she was in that situation and that's what she had to do with that young baby. I'm sure she felt she had no choice either, so it's sort of a recurring theme here. I think the way that women are treated is horrific, really." 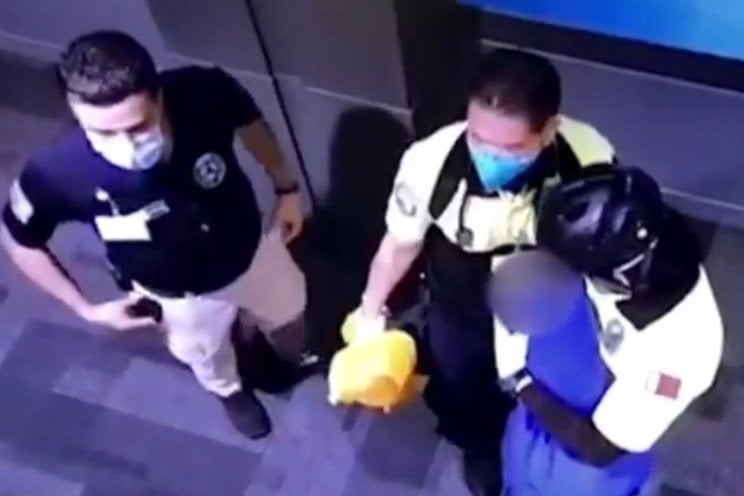 They are being represented by Damien Sturzaker, one of Australia's top lawyers specialising in international law and human rights.

"What I saw here were a group of women that had tried to adopt a reasonable tone and reconcile, who were being ignored. Sometimes you need to deploy a legal remedy in circumstances where moral, political or even diplomatic pressure is getting nowhere," Sturzaker said on 60 Minutes.

He is about to start an action against the state-owned Qatar Airways and the airport’s governing body, accusing them of assault, battery and deprivation of these women's liberty.

"Certainly, the conduct that occurred here was in breach of many international covenants and human rights. You can't take on a more challenging defendant than the state of another country. We want a reasonable outcome for them and for positive steps to be taken to guarantee the safety of women and more generally people travelling through Doha."

The women are hoping for justice, so that no one is forced to endure the same treatment ever again.

“We were led into those ambulances without a choice," said Sophie. "But we have a choice now: to make our voices heard. And it would be remiss not to take action." 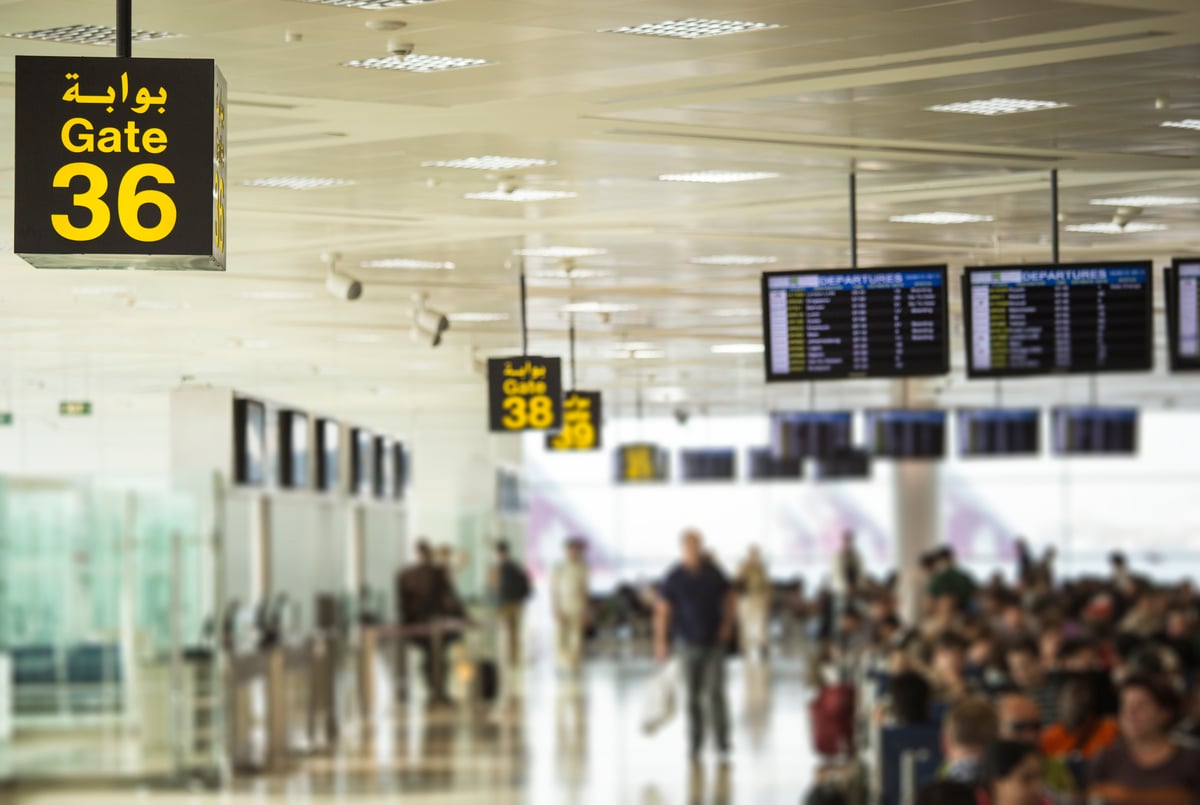 Reply
Upvote
Unfortunately for those women, I doubt there will be any ramifications from the incident as the Australian Govt relies on Qatar airlines to bring expats back to Oz, and will not want to jeopardize trade with the country.
R
rush a year ago