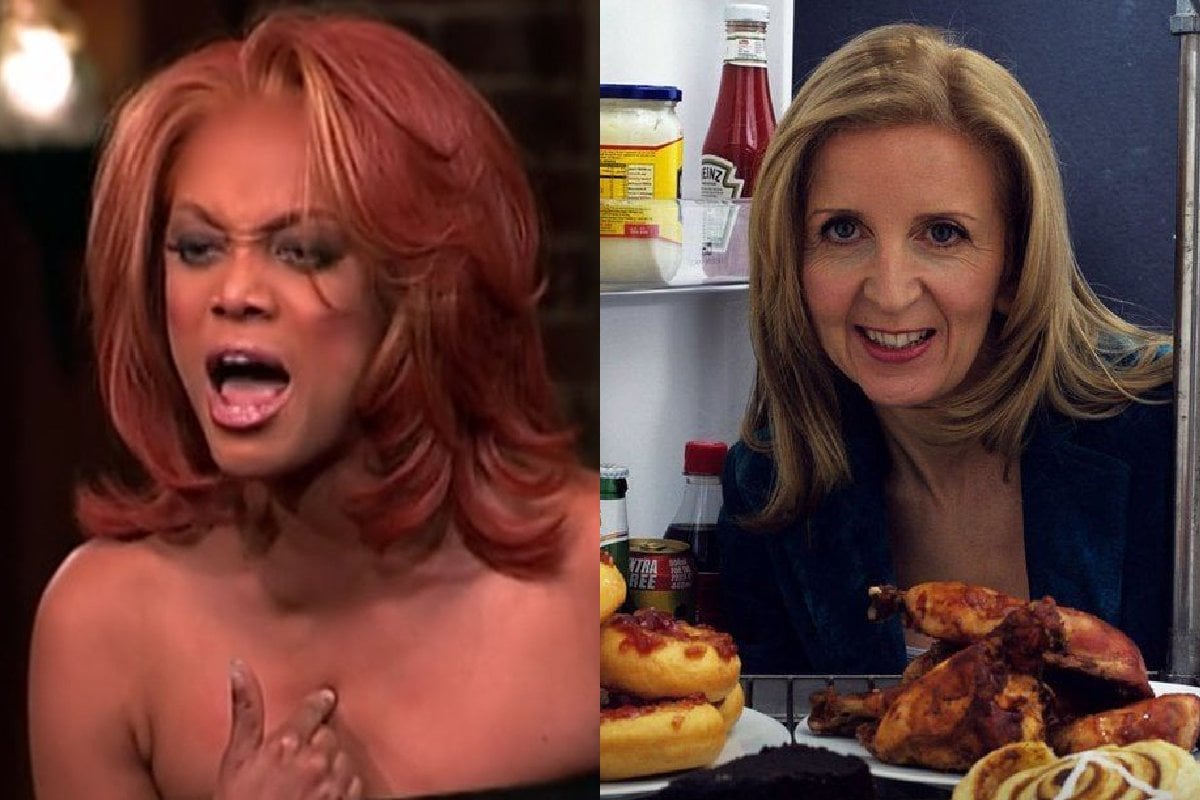 If you grew up in the 90s slash early 2000s and wonder why you hate yourself, may we suggest you list off the shows you remember watching as a kid and then bring them up next time you see your psychologist.

Perhaps you recall watching everything a person ate in a week being poured into a plastic tube for everyone to literally gag at.

Or an aspiring model having the gap between her teeth widened because Tyra Banks woke up in a mood.

Or a mother transforming her appearance with cosmetic surgery, and being reunited with a child who couldn't stop crying because they didn't recognise this stranger and hadn't seen their mum in eight weeks.

How was any of this allowed?

So, for anyone who has dared give millennials a hard time for being so weird, may I present to you the five television shows we accidentally watched while our parents were busy.

WhY tReAt An EaTiNg DiSoRdEr WhEn YoU cOuLd JuSt SwAp It FoR a NeW oNe.

For the unacquainted, Supersize vs Superskinny involved two (innocent and often lovely) people, one who was overweight and the other who was underweight. 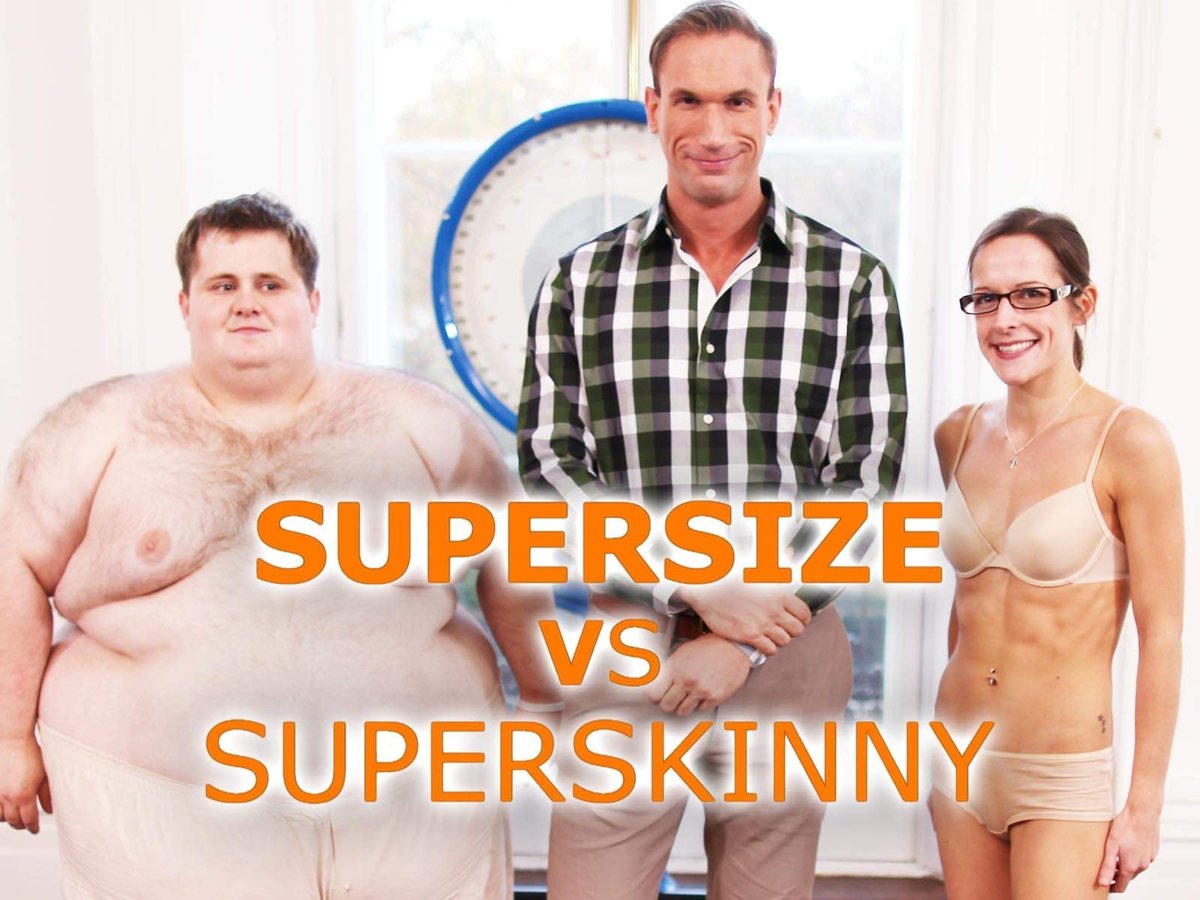 Well. This is dignified.

Dr Christian Jessen, the doctor who also brought us premium television such as Embarrassing Bodies ("I'm too embarrassed to show my rotting toe to my GP, so instead I thought I'd show it to 25 million people") would then set up an experiment (?).

Did he help these two people with their diets in a sensible way? Hell no.

Did he focus on their health or perhaps the psychological reasons why one might overeat or undereat? Ew, no.

To no one's surprise, the person used to eating a lot would exclaim "Is this all you have for dinner?" as they stared at a cup of tea and half a biscuit, and the person who didn't eat much would ask how anyone managed to eat six Indian dishes in one sitting. And then everyone would cry and Dr Christian would tell them they're not working hard enough.

But there were also other helpful activities.

Like getting the two subjects in their underwear beside each other and doing a full pan body shot, with a doctor helpfully explaining what was wrong with them. Physically. To look at.

And in case your mind had erased this memory as some kind of survival mechanism: There was a kids version. I repeat THERE WAS A F*CKING KIDS VERSION.

Relatedly, I somehow watched just about every episode of a show called You Are What You Eat that ran between 2004 and 2007.

It was presented by a woman named Gillian McKeith who I just remember being absolutely obsessed with what people's poo looked like.

A lovely gentleman named Ben Goldacre referred to McKeith in The Guardian 15 years ago as "The Awful Poo Lady". He also wrote, "Future generations will look back on this phenomenon [McKeith offering bad diet advice] with astonishment," and goodness he was right.

McKeith would present participants with their own dining table, full of everything they ate in a week. She'd wag her finger and shake her head and tut incessantly, all at once. She would then analyse the person's faeces to detect any problems which was incredibly dignifying to all involved. 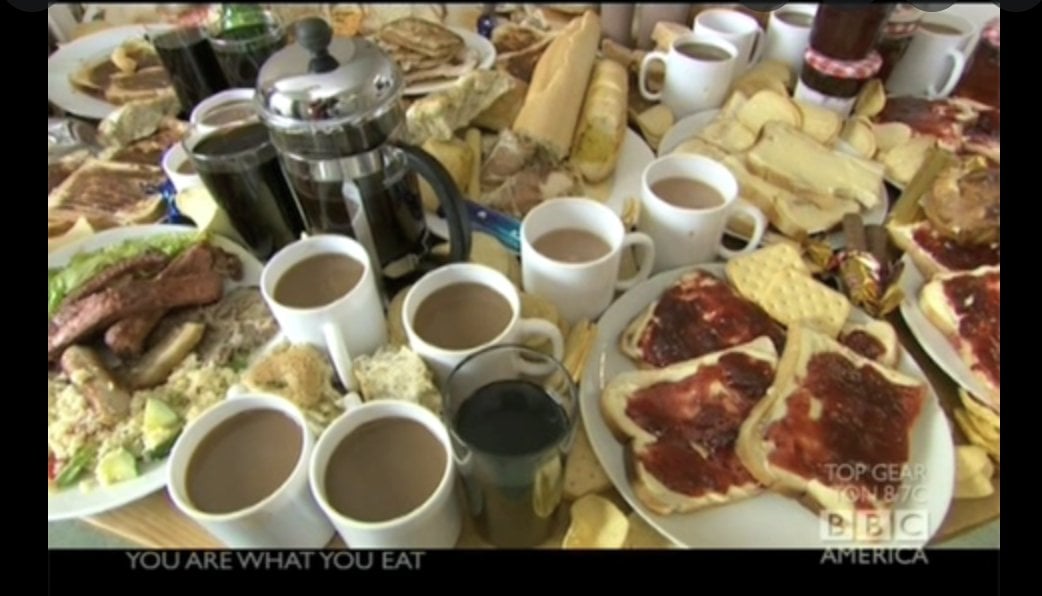 To effectively emphasise the danger of 'unhealthy' habits, McKeith would suggest that they a) probably won't see their kids grow up or b) prepare a mock grave.

Unhealthy people are not the only ones who will die I need that on the record.

Point is, they would then follow McKeith's diet/exercise regime and all their health issues would go away and they never, ever died.

I cannot emphasise enough just how intolerant Alex Perry was of anyone who was shorter than 170 cms. It gave me a complex and I never even wanted to be a model??

But America's Next Top Model was a whole other... thing.

You just never knew what Tyra Banks was gonna say... Post continues below.

In Cycle 4 there was a woman named Keenyah who, according to the judges, had put on weight. They kept showing montages of Keenyah eating in the house and if you showed montages of us eating it would also look like we were always eating??

The next week, she had to dress up as an elephant for a photoshoot because that was the animal she reminded the judges of the most. The following week, each contestant had to embody one of the Seven Deadly Sins.

So, yeah. Keenyah was gluttony. And, yeah, she had to lie in a coffin full of bacon but also donuts.

Speaking of coffins (?) more than once, contestants who had recently lost a loved one had to pose in a literal grave.

I know this isn't the point but... how many high fashion magazines do you see with models posing a) in graves or b) as elephants.

There was also Tyra thinking she was the boss of teeth.

In Cycle 6, she ridiculed a woman named Danielle for refusing to get the gap in her teeth closed. In the end, Danielle agreed to it and won the season.

BUT THEN in Cycle 15 Tyra came across a woman named Chelsey and demanded that she widen the gap between her teeth.

They... they shaved a millimetre off each teeth and TYRA BANKS YOU ARE NOT A DENTIST WTF.

You can listen to our episode of CANCELLED on America's Next Top Model. Post continues below.

Everyone who watched The Biggest Loser should be entitled to 10 free sessions with a psychologist.

I'm gonna go out on a limb here and say The Biggest Loser wasn't actually about people's health. It was about... shame.

Almost always contestants were covered in mud (??) and they had to be weighed in their underwear which felt unnecessary. They did weird AF challenges like pulling a small plane as though that was at all a functional exercise that would be applicable to their day-to-day lives. The trainers kept yelling at them that they were going to die (same) and liked it when they had to step off the treadmill to vomit. 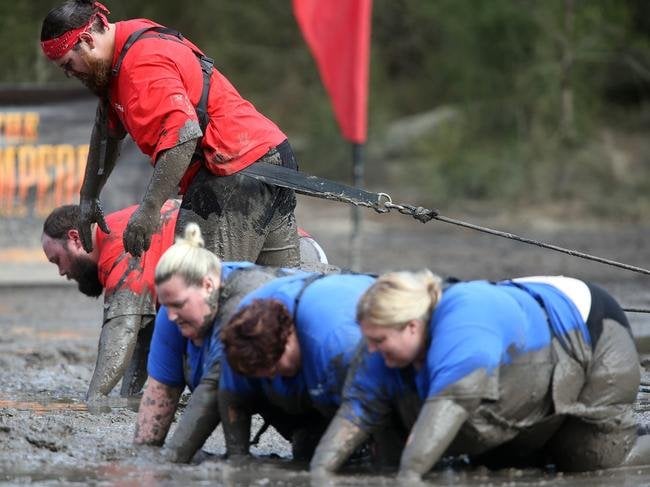 Stop making adults roll in mud for no reason...

In 2015, a guy named Johnee severely injured his Achilles. Then, shockingly, he injured his other Achilles. Probably because he was training with an injured Achilles. In that same episode, a dude named Moses was taken to hospital with an inflamed heart and everyone needs to have a sit down for like an hour.

We learned that exercise was a punishment for doing naughty things such as eating, which seems to be a recurring theme of reality shows in the 2000s.

Ever wondered what the solution is to an image obsessed culture which has an extremely narrow definition of beauty?

In 2002, Extreme Makeover was launched in the US and it went for four seasons. According to our calculations, that is four too many seasons. Then in 2004, Fox launched a show called The Swan, where each contestant was assigned a panel of specialists to make them less ugly, which would ultimately lead to a better and more fulfilling life.

There was a coach (?), therapist (lol), trainer, a team of cosmetic surgeons and a dentist who designed a program which would produce a total transformation.

Oh, and on The Swan there were judges. And you could win a modelling contract. 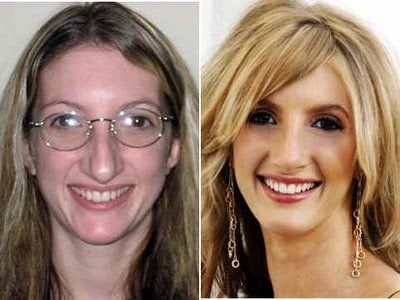 A before and after from The Swan.

Usually a contestant just wanted to fix their nose, and then the team would be like "YOU WANT NEW BOOBS?" "WANT US TO LIPO YOUR THIGHS" "LET'S DO VENEERS" and inevitably, by the end, the contestant would return to a family who did not even a little bit recognise them. They'd emerge from behind a curtain and their eight-year-old son would be like, "hey lady, you seen my mum? She's been gone for six weeks and keeps calling us weeping coz she's in so much pain."

The show received universally negative reviews for basically being a giant ad for plastic surgery. It only last three seasons because by the end it became clear the team only really knew how to give people one face/body, which made the transformation aspect quite... repetitive. 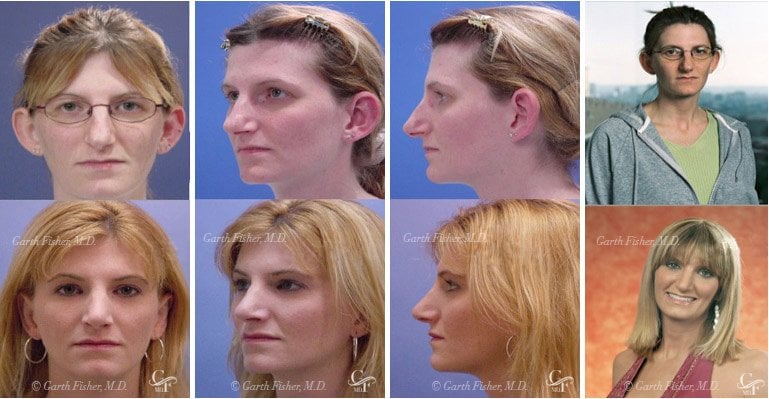 We learned that being born ugly wasn't so bad.

You just have to pay tens of thousands of dollars to fix it, as well as spend a few months in the hospital, and then people will treat you with the respect and dignity you so crave.

Reply
Upvote
Alex Perry and his sunglasses never should've been allowed an opinion. And I highly doubt he's over 170cms tall
U
User8049 17 days ago