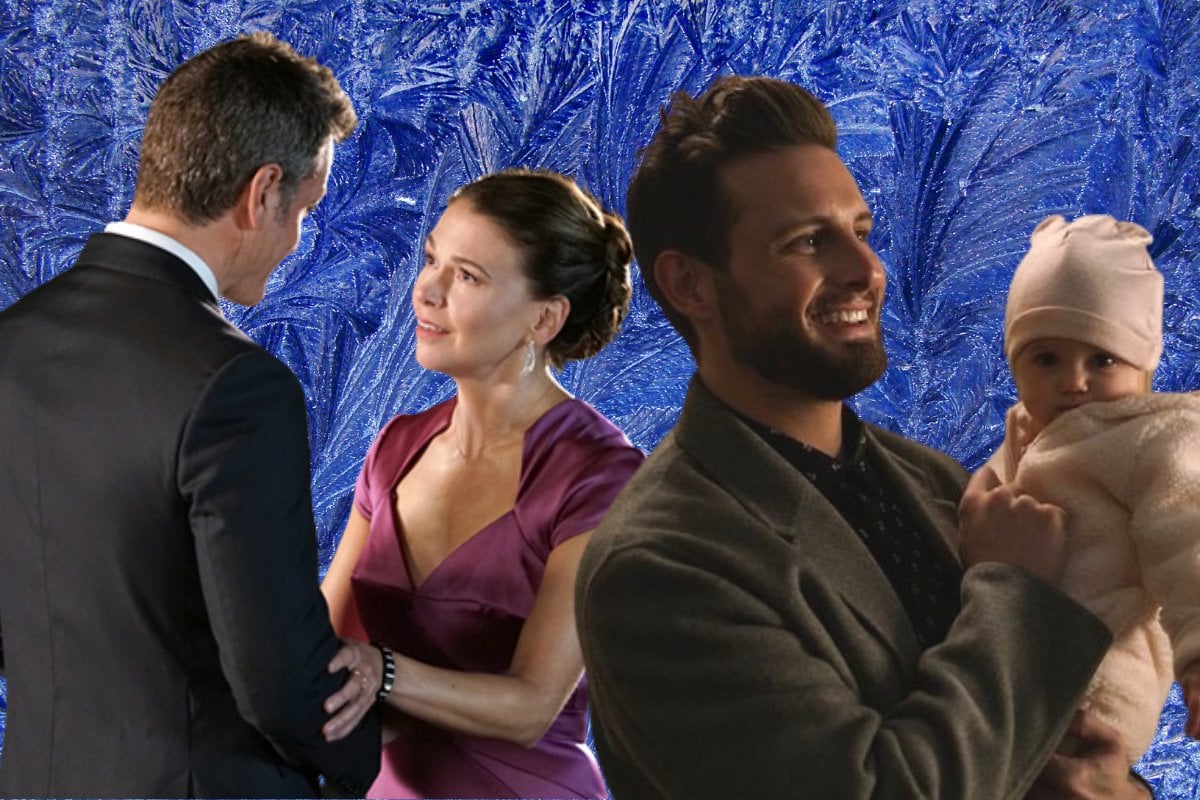 The first four episodes of the seventh and final season of Stan's Younger have dropped on the streaming service.

After six glorious years of garlic cloves in vaginas and the accidental breaking of penises, we're finally about to find out whether Liza chooses Josh or Charles (or a random hot Aussie bloke).

Also, there's plenty of female friendship, empowerment... and lols, so many lols.

Here are the best moments from the first four episodes:

Charles "un-asked" Liza to marry him.

So the cliffhanger from the end of last season is very quickly... uncliffed? Unhanged? at the start of the first episode when Liza tells Charles she a little bit doesn't want to marry him.

Charles then "un-asks" her and says she can ask him when she's ready.

Things are getting weird at Millennial.

Kelsey returns to Millennial to find out Zane has resigned and has also broken up with her.  ¯\_(ツ)_/¯

Charles and Kelsey travel to Chicago to talk to the board and the board tells them they need to change the name back to Empirical because Millennial basically sounds like Boomer Publishing now.

It's offensive to each and every person over the age of 25 and also kind of... true.

Lauren is covering for Diana despite the fact she has zero experience in book marketing. She starts wearing one of Diana's statement necklaces and begins bossing everyone around and look, the Diva would be proud.

Lauren tries to stir some drama.

She's all like "What do you think? How do you feel? Give me the gossip etc," but Josh apparently... FEELS NOTHING.

Lauren throws herself a 'Little Women in Space' party for her 30th.

There's a point in every woman's life where she needs to float down from the ceiling in a golden, glittery space suit in front of a room full of her nearest and dearest.

For Lauren, that moment is during her 'Little Women in Space' 30th birthday party after her mother announces her arrival like she's the opening act at Coachella.

Charles and Liza... break up.

At the end of Laurenpoolooza, Liza tells Charles she doesn't want to get married.

Lauren announces Charles and Liza's engagement to the office.

During the Empirical team meeting, Lauren pitches a book (complete with slides) about a 40-something mum who lies about her age and a publishing tycoon who fall in love. And then she announces Charles and Liza's engagement to the room.

Charles and Liza then have to announce to the room that they are not, in fact, getting married.

Liza accuses Charles of cheating on her with Quinn.

Quinn Tyler is... back, and she pitches a book to Charles called 'The F Word'.

Charles decides to publish the book without speaking to Kelsey and Liza about it and then Liza ~ randomly ~ accuses Charles of cheating on her with Quinn.

Yes, we have a third contender for Liza's heart with a hot Aussie surfer named Kai Manning, played by Australian actor Matt Passmore.

Redmond brings Kai into Empirical to pitch a book idea and then he bonds with Liza after she accuses Charles of doin' a cheat.

Listen to the latest episode of The Spill, where hosts Kee Reece and Keryn Donnelly chat all about J-Lo and A-Rod's breakup. Post continues below.

After Lauren and Kelsey overhear Josh having sex with a new love interest (who, quite frankly, is just here to throw us off the Lize and Josh forever scent) Kelsey does an impersonation of a turtle having an orgasm.

It's quite something to behold.

The hot Aussie surfer flashes his butt and we like it.

That's it. That's the whole point.

After he teaches her how to surf, Liza has a whole lot of shower sex with the hot Aussie.

Then she reads his journals to see whether they can be made into a book and finds that they're just full of boobs and... d*cks.

The first four episodes of Younger season 7 are streaming only on Stan now.