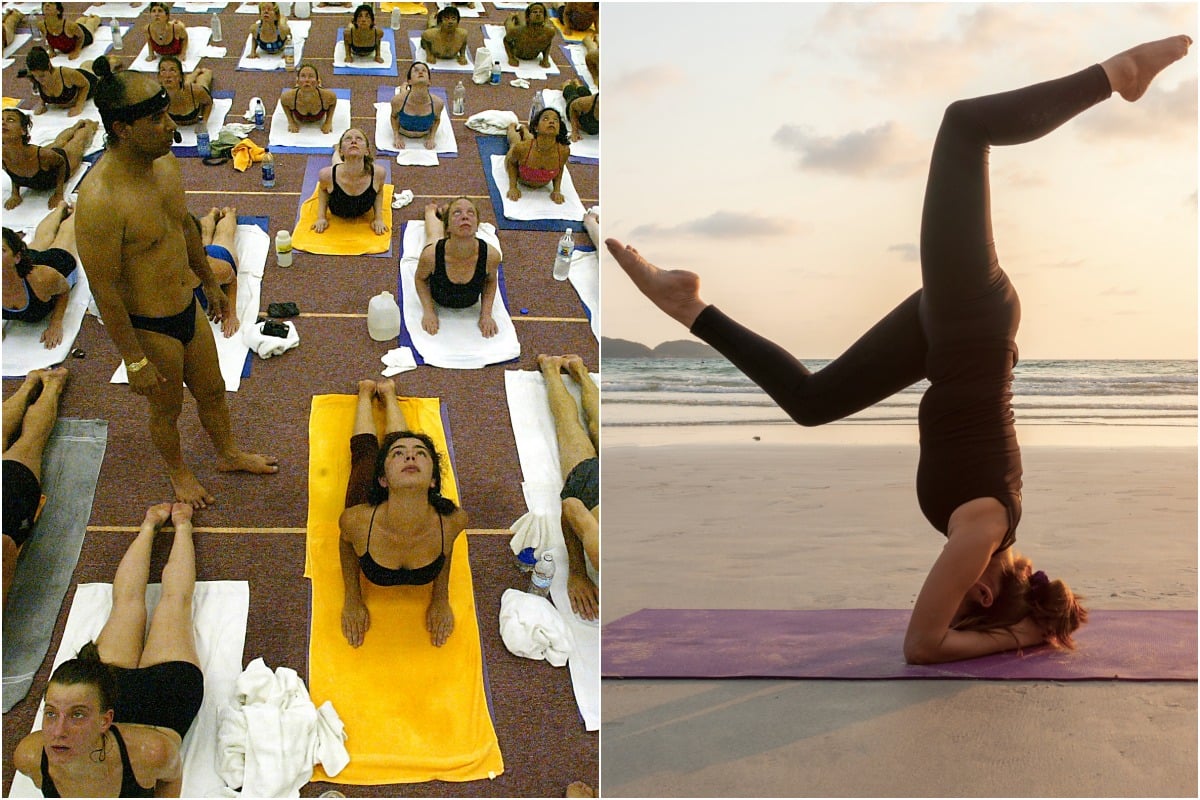 Even if you're not a yoga fan, chances are you know what a downward dog is. Or you've heard about a 'sun salutation'. Or perhaps you own a pair of yoga-inspired leggings.

It's safe to say the ancient Indian practice is well and truly ingrained into modern Western society.

Cities in all corners of the globe have dozens, if not hundreds, of yoga classes available, and Adriene Mishler, a yogi from Texas, has 7.77 million subscribers on YouTube.

WATCH: The 2019 Netflix special on the controversial founder of Bikram Yoga. Post continues after video.

But while the West might have made yoga 'cool' for the masses, the practice actually dates back 5000 years, only trickling into Western culture in the late 1800s and early 1900s.

While there were already some questionable beginnings - including the tradition of covering your body with the ashes of the dead, the dangers of pranayama (extreme breath work), and according to the Times a sex cult - as the West started to meddle and popularity in the pastime grew on a more global scale, scandal also followed. 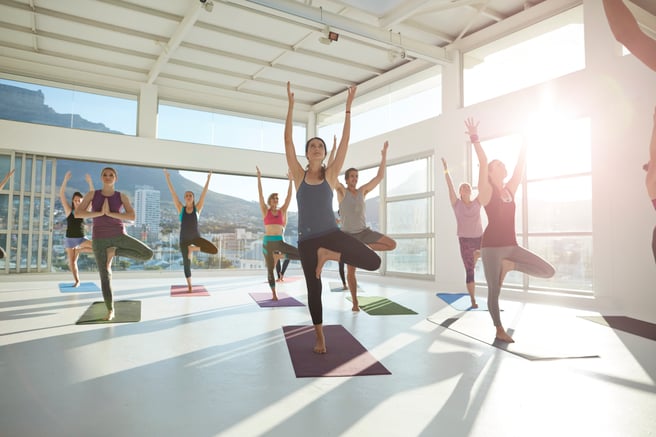 Australia's yoga and pilates industry is now worth more than $1 billion. Image: Getty.

Yoga masters started travelling over to Western countries from India sharing their poses and practices. Swami Vivekananda is often pinpointed as being one of the first to make a real stir, after his appearance at the 1893 Parliament of the World's Religions in Chicago.

It was Pierre Bernard who was largely credited for being the first American to introduce the philosophy of yoga and tantra to the American people in 1905.

However, in 1910, two teenage girls accused him of kidnapping, claiming he had prevented them from leaving his clinic. One of the girls told authorities he had made her strip, and then he placed his hand on her breast, explaining that he was "testing her heartbeat". Reports also suggest he subjected both young girls to "ceremonial sex".

He spent four months in prison, but he was never tried, and he was eventually released without charge. But he continued to be dogged by controversy with neighbours complaining about "wild music and women's cries" which they were convinced were of a sinister nature.

In 1947, aristocrat turned actress Indra Devi brought yoga to Hollywood. It started appearing on TV in the UK after World War II, and in Australia, it's believed a man called Michael Volin opened our very first yoga school in Sydney around 1950. But it wasn't until the 1960s when yoga really started to boom in the West.

America's immigration policy saw an influx of Indian gurus emigrating to the West for the first time in decades.

Yogi Bhajan founded over 300 centres in 35 countries, after introducing his version of Kundalini Yoga to the States. But in 2020, 16 years after his death, he is being accused of sexual and other abuses from the height of his fame.

Five of his former staff members claim he coerced them to have sex with him. 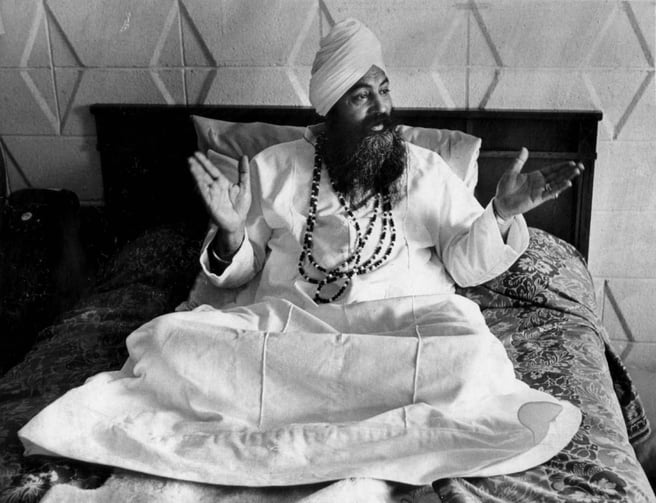 Swami Muktananda introduced Siddha Yoga and had thousands of devotees in the 1970s and 1980s, but after his death, one of his senior aides revealed he was in fact a serial philanderer who used threats of violence to silence people.

John Friend, creator of Anusara Yoga, was hugely popular in the late 1980s, but in 2012 allegations of mismanagement and abuse were revealed by The Washington Post. 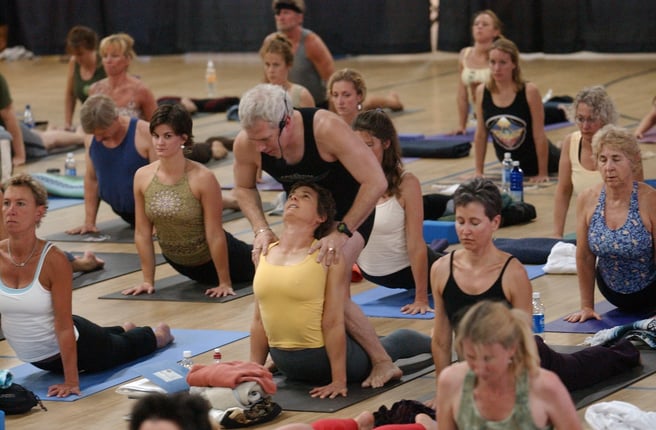 He was accused of having affairs with several of his employees, failing to pay his staff benefits, creating a sex coven, and of making his personal assistants accept deliveries of marijuana on his behalf. He stepped away from his leadership role a month after the allegations came to light.

That brings us to the 1990s, and the introduction of hot yoga.

But by 2014, six women had accused him of sexual assault and rape. According to the ABC, he settled three cases out of court. His former lawyer sued him for wrongful termination and sexual harassment, and he was ordered to pay her more than AUD $8 million in damages. However, he fled the US before handing over the money. 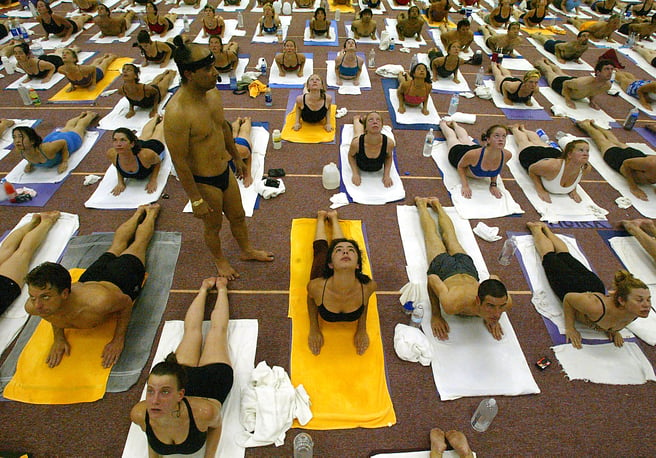 Choudhury would teach his classes in nothing but speedos and a Rolex watch. Image: Bob Riha, Jr./Getty.
ADVERTISEMENT

Many call Choudhury the 'Harvey Weinstein of Yoga,' with a Netflix documentary released in 2019, Bikram: Yogi, Guru, Predator, detailing the yogi's checkered past.

In 2002, Kausthub Desikachar, a yoga teacher and son of one of the pioneers of modern yoga practice, was accused of sexual, mental, and emotional abuse by the women training alongside him.

Four women filed formal complaints with police in Austria alleging the abuse, including "the misuse of his position as a yoga mentor by utilising his knowledge of personal histories of sexual and emotional trauma in an attempt to initiate sexual relations," as was reported by Yoga Journal at the time. 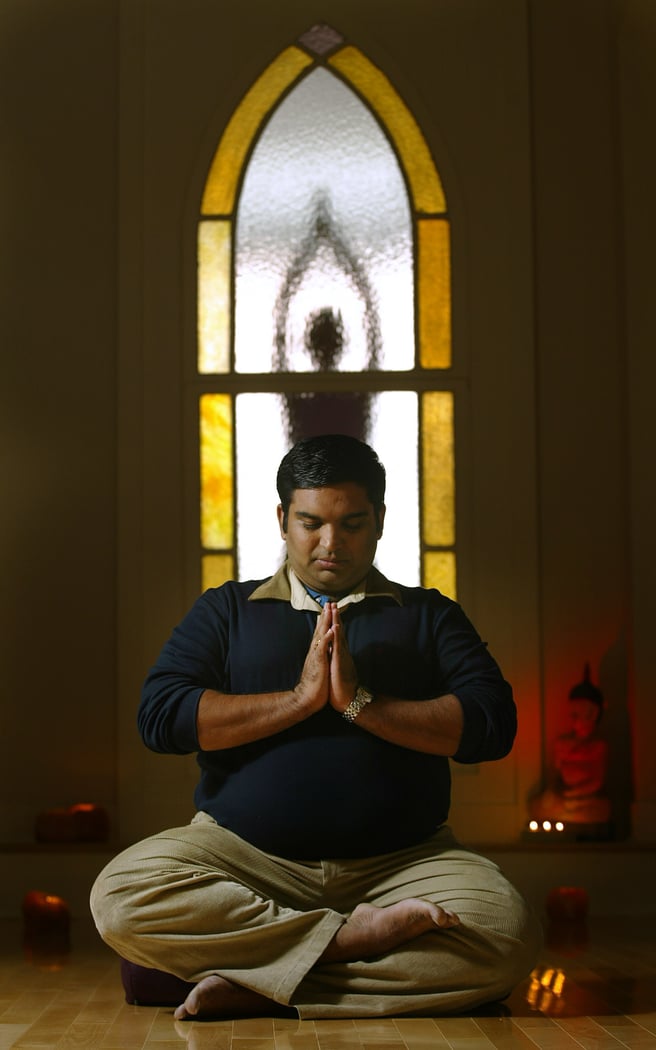 In 2018, Kyle Conti, founder of Charlotte Yoga, was accused of sexual assault by two female employees, with the women also alleging he made a habit of inappropriately touching attractive women who took his classes.

Conti has since left the yoga scene, but at the time his lawyer described the allegations as "outlandish and bizarre".

The popular instructor then uploaded a half naked photo of himself to Instagram with the caption: "When your integrity is questioned and you get the opportunity to look your accuser in the eyes you wake up at 4am so excited for that moment..." 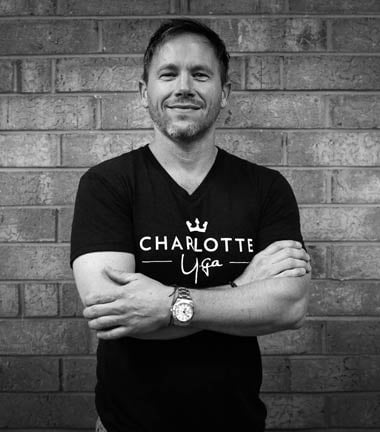 Krishna Pattabhi Jois is responsible for a billion dollar yoga economy based off the Ashtanga method, but in the wake of the #MeToo conversation he too is at the centre of accusations of sexual misconduct and sexual assault, enabled for decades by a devotional culture.

In 2018, The Walrus reported speaking to nine alleged victims who described Jois groping their breasts, humping, rubbing, or digitally penetrating their genitals under the guise of “adjusting” their postures.

The list of alleged abuse, sexual assault and scandal within the world of yoga seemingly goes on and on and on.

In fact, in 2017, popular 'Yoga Girl' Rachel Brathen, reported receiving 200-plus accounts of abuse from people within the yoga industry in response to a call out about #MeToo stories.

Do you have a #MeToo story from the yoga world that you would like to share? EMAIL ME! Since my posts yesterday I’ve been flooded with DMs from people sharing their own experiences having been taken advantage of and sexually harassed by men in a place of power within the yoga industry. Have a story of your own? Email: [email protected] subject line ME TOO🔥 You can be anonymous and I won’t share anyone’s name unless you want me to. If I get enough credible stories (accumulating so many about the same men right now as is) I’ll share it as a public blog. So many other industries are outing predators - why is the yoga world so silent?? As of now I have several accounts of harassment, abuse of power and even rape involving two very famous yoga photographers, a festival founder, two yoga apparel brand owners and several well-known yoga teachers. There is something about this being prevalent in the yoga community that makes me feel even worse about it - there is trust here. Or there is supposed to be. One of the teachers I’ve received several messages about is accused of sexually abusing a 15-year old girl during a yoga teacher training. I could vomit... But I’m too fucking angry. BRING ON THE STORIES! You can be fully anonymous and I’ll protect your name. [email protected] (I’m getting too many DMs so pls email). x #metoo #yoga #retribution #revolution 💪🏼💪🏼💪🏼 (oh and this picture has nothing to do with the caption - I just feel fierce AF)❤️

“Almost all are sexual abuse, harassment or rape. Thirty-plus male teachers mentioned, but many are writing in anonymously. It’s everywhere," she told The Walrus.

While of course there are many fabulous teachers and yoga masters within the industry - with the practice beneficial for everything from flexibility to mental clarity to improving back pain - there is no denying a sinister undertone that's been evident within the world from the very beginning.

Just like the entertainment and movie industry, more and more allegations are coming to light in recent years, as the #MeToo movement continues to inspire victims to come forward.