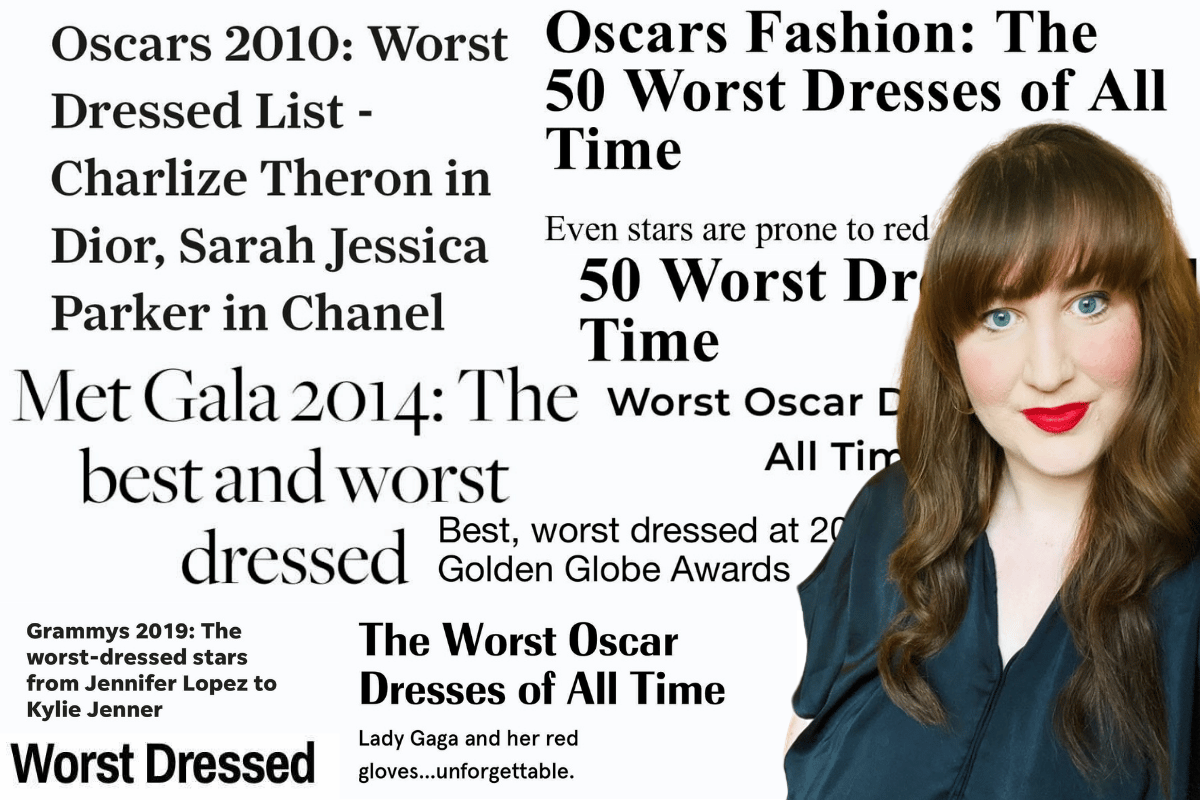 When you're a journalist working for a daily newspaper, an editor striding over to your desk is rarely a good sign.

But that's what happened to me one February morning many years ago, having just returned from chasing up a call that had blasted over the police scanner.

Internally I started doing a quick mental scan of my stories from the day before, trying to decide if it was a mistake in the teacher's strike piece or the article about a local clinic losing funding that was about to trigger a scolding in front of my colleagues.

But newsrooms are funny places, and instead my editor's question was about something that had never before shown up on my news list: fashion.

The Oscars were taking place and the senior staff had decided that a bit of red carpet coverage would add a touch of glam to the pages being filed that day, which were to be fair, all a tad grim.

As a lover of movies I was interested in the Oscars, but I never thought looking through red carpet pictures was something I would do during the workday and not get wrapped over the knuckles for it.

Yet there I sat a few hours later pouring over the images and carefully writing up a very unoriginally titled 'Best and Worst Dressed' recap.

At some point a photographer grabbed me for a "fun" headshot to accompany the piece. If there was ever any doubt that I had no business writing about fashion then that image of me in an ill-fitting blazer I'd snagged from a Target sale rail - not to mention the fact that I was fresh off spending the morning at a literal crime scene - would have sealed the deal.

In my current role as an Entertainment Editor (at a publication that definitely doesn't write worst dressed lists), I always say it's easier to write a bad review than it is to write a good one.

Finding flaws can be simple, a way of configuring your thoughts that lends itself to humour. But explaining why something intrinsically works without sounding gushy and boring is a whole other unique skill.

The same can be said for crafting best and worst dressed articles, and that day I leant into the worst of the 'worst'.

Thankfully, the pages of that particular newspaper are long gone now, but some of the cruel words I threw out are still etched in my mind.

I have memories of likening Penelope Cruz’s dazzling sequined gown to something that even a cheap Las Vegas showgirl would reject; I joked that Jennifer Hudson's outfit looked like the corpse of a rotting pumpkin and quipped that Cate Blanchett's drab dress made her look like nothing more than a washed-out milkmaid.

Not exactly jokes that would set me up for my own Netflix special, but the overall response was that the article was funny.

From then on whenever a big celebrity event took place I would take a quick break from my normal news round and slam out a piece brimming with wry insults to be circulated across multiple newspapers. 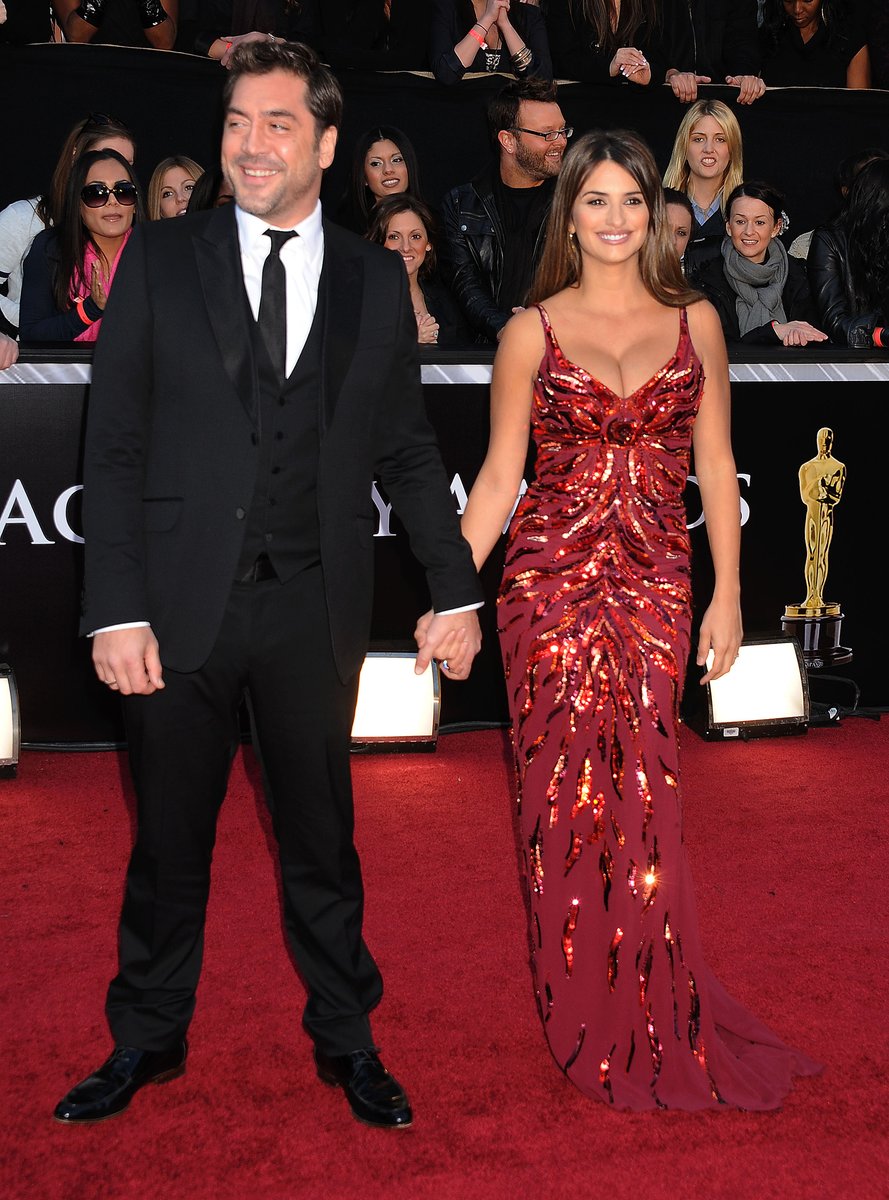 “I likened Penelope Cruz’s dazzling sequined gown to something that even a cheap Las Vegas showgirl would reject...as if anyone wouldn't want this dress.” Image: Getty.  Best and worst dressed lists had always been sure-fire wins for print publications: an intoxicating mixture of famous faces stirred up with glowing platitudes and pointed barbs. An irreverent pushback to the glorification of celebrity while still managing to worship at that same alter of fame.

When print publications began leaning more into their online offerings, and success was no longer measured by how many newspapers were left on the stand, this was when the currency of worst dressed lists shot to an all-time high.

After all, in a truth that is unfortunately still relevant to this day, nothing makes people click faster than the promise that a famous woman has done something wrong.

Even if that "wrongdoing" is just an unfortunate choice of dress.

The knowledge that newspapers were slowly crumbling, coupled with the fatigue of working in a news cycle peppered with death knocks and chasing people down in their worst moments, was what prompted me to make a career change.

I turned my hand to more lifestyle-driven writing. But the thing about penning travel stories, features and human interest pieces is that while it gives you a thrill to see those words sitting below your byline, it doesn't put a lot of dollars in your bank account.

While doing contract commercial work for various outlets, writing worst dressed lists was always a sure-fire sell, and so I put my hand up for it so many times that soon it was a regular request in my inbox.

The dates for events such as the Oscars, the Golden Globes, the Logies and the Emmys were inked into my calendar with rigid importance, marking out the days where I would put my 'real' work aside and churn out a slew of witty quips to sit alongside pretty pictures.

The nastier my words were, the more people clicked. 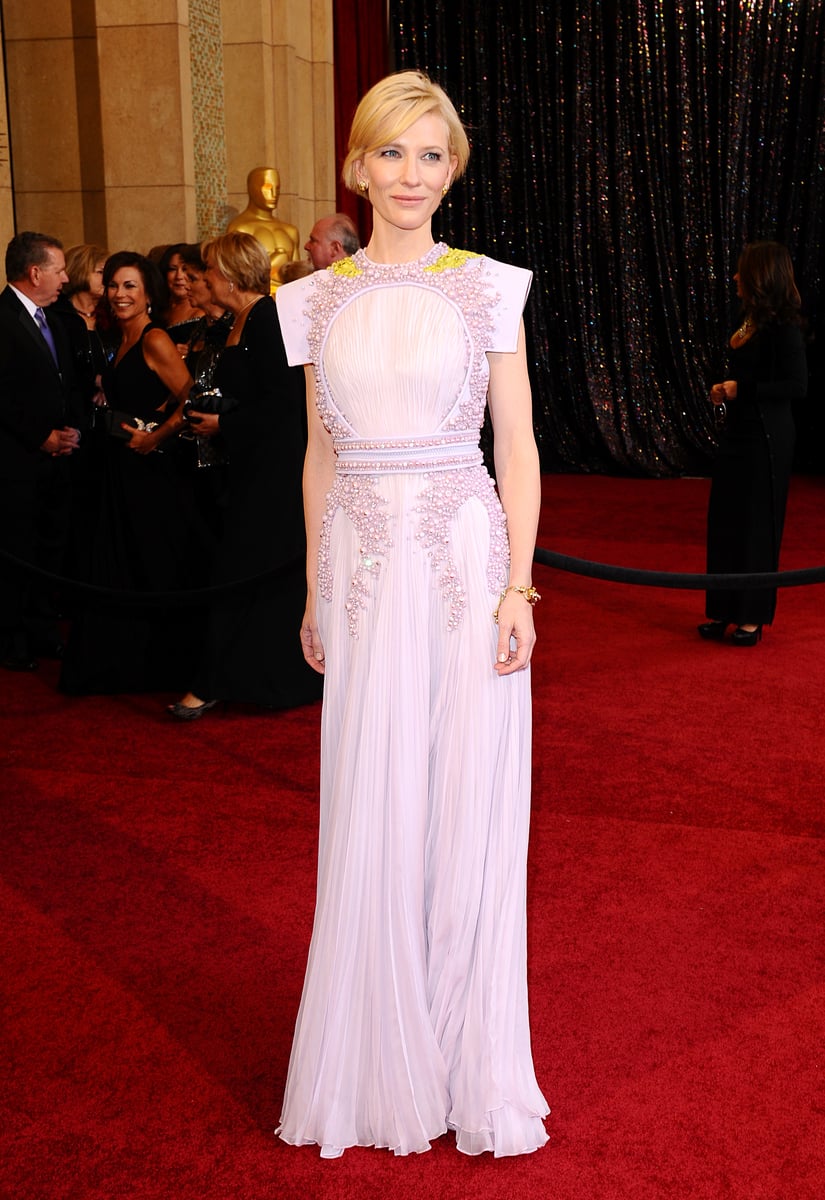 "I quipped that Cate Blanchett's dress made her look like nothing more than a washed-out milkmaid...which is just not true." Image: Getty

At the time, I reasoned that what I was doing fell under the one defence for comedy: always punch up.

What did these women care, I reasoned, about a few cutting phrases in a publication they were never going to read, when they were wearing couture gowns and walking red carpets to the cheers of adoring fans.

The rise of tabloid and online culture soon meant that the demand for cutting down famous women's looks needed to be sustained by more than just the handful of award shows that took place once a year. Soon, everything was fodder, even the clothes that covered their bodies as paparazzi chased them down the streets on their days off.

So high was the demand that soon I took over a regular column called 'Door Bitch', tapping into that old adage of blocking people from clubs if their clothes, looks, and even their faces, were not deemed up to scratch.

In the lead up to filing each column a slew of images would be sent to me. Everything from A-List actresses attending their own movie premieres to Home and Away stars heading out for dinner, and I would cut down their looks with a few clicks of my keyboard.

The process was so formulated that I soon no longer recognised the faces of the women I was writing about. They all blurred together as I scanned their outfits for any small detail I could blow out of proportion and use for a joke.

After I filed each column, I would immediately get a message back from the copy editor saying, "Oh my God, this one is BRUTAL!!! Haha, great job" and then I'd banish those thoughts to the back of my mind and start work on something else.

However, the thing about using the 'punching up defence' is that at the end of the day, words like this will bring anyone down.

I never once attacked anyone's body, face or even career, but that doesn't matter. A few words about a dress was enough to crack the door open and allow a wave of cutting comments to wash in.

And as we know from online culture today, it's not just celebrity women who are torn down by comments. The way so many people act online now is built upon articles just like the ones I wrote.

Inside I had always felt a little ashamed of this, but at the same time I reasoned it was such a small part of the writing I was putting out.

Yet over time that didn't help to lessen the pang of shame I felt every time I opened up a new round of pictures.

One night I was sitting alone in a dark office when a text message popped up on my phone, a friend from uni was back in town and wanted to grab a drink.

"Can't," I messaged back. "Logies night, got to bash out another Walkley winning worst dressed list haha."

"I'm sorry," she messaged back, not even playing into the joke. "I know how much you'd hate that, but I guess you have to do it."

I'd been staring at an image for more than twenty minutes, not wanting to put any words on the page, when that message came through. And that night I filed my last best and worst piece. 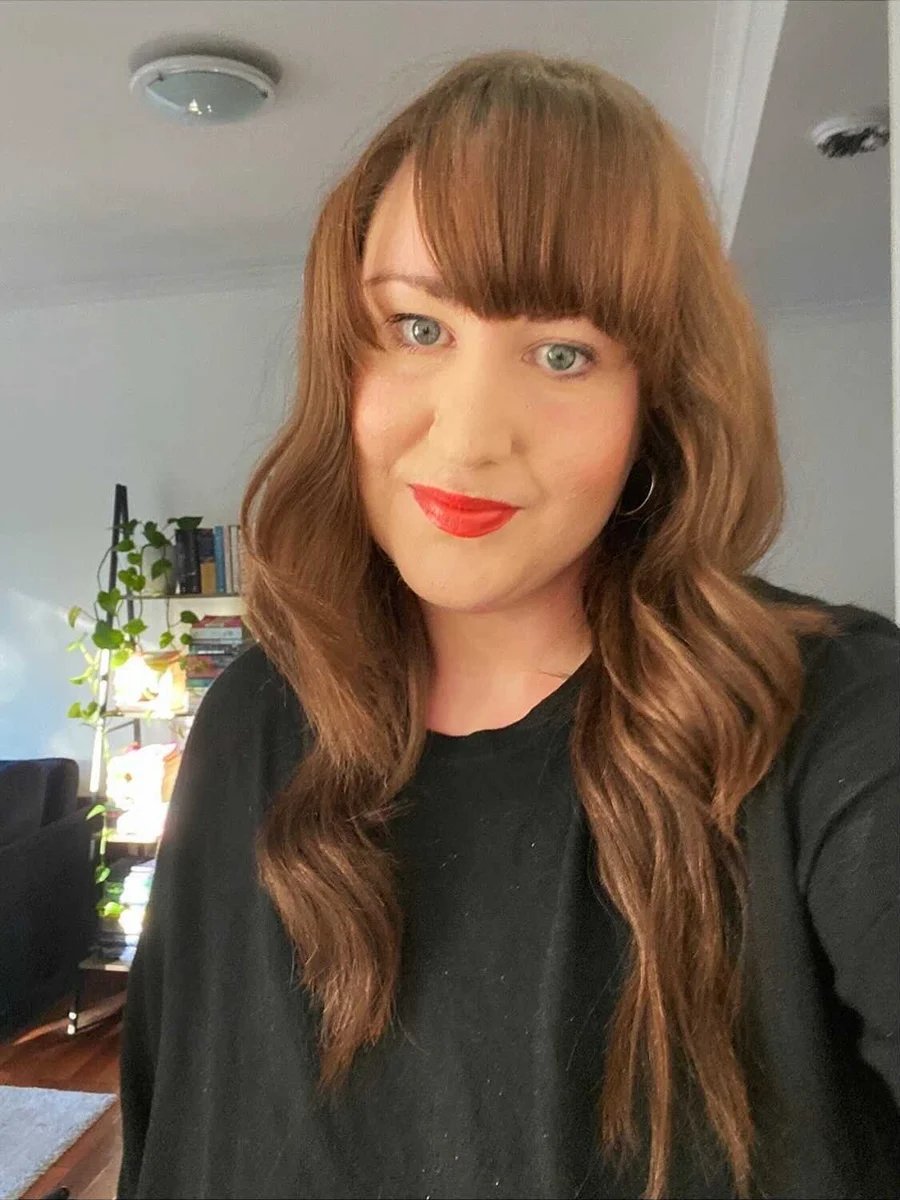 "I never once attacked anyone's body, face or even career, but that doesn't matter, a few words about a dress was enough to crack the door open and allow a wave of cutting comments to wash in." Image: Laura Brodnik Instagram I got out of the game well before there was a cultural shift, and many outlets banished worst dressed lists from their coverage.

The 2021 Emmys and Met Gala have just passed, and the worst dressed lists are still doing the rounds, except now they mostly exist on Instagram pages or specialised accounts - no longer the front page but still in the mix.

Not because people would no longer click - they always will - but because the monopoly on who got to have a voice in media began to shift and soon there were enough voices to thankfully drown this particular trend out.

In a twist of fate, I've now met many of the women who once appeared on my lists.

We've sat in rooms and talked about their movies and shared laughs during red carpet interviews. Some are friendly, some not so much, but each time I look at them and remember that you can either be the person who puts their name and face and work out there, or you can be the person who sits in a room alone and tears it down.

I know which one I'd rather be.