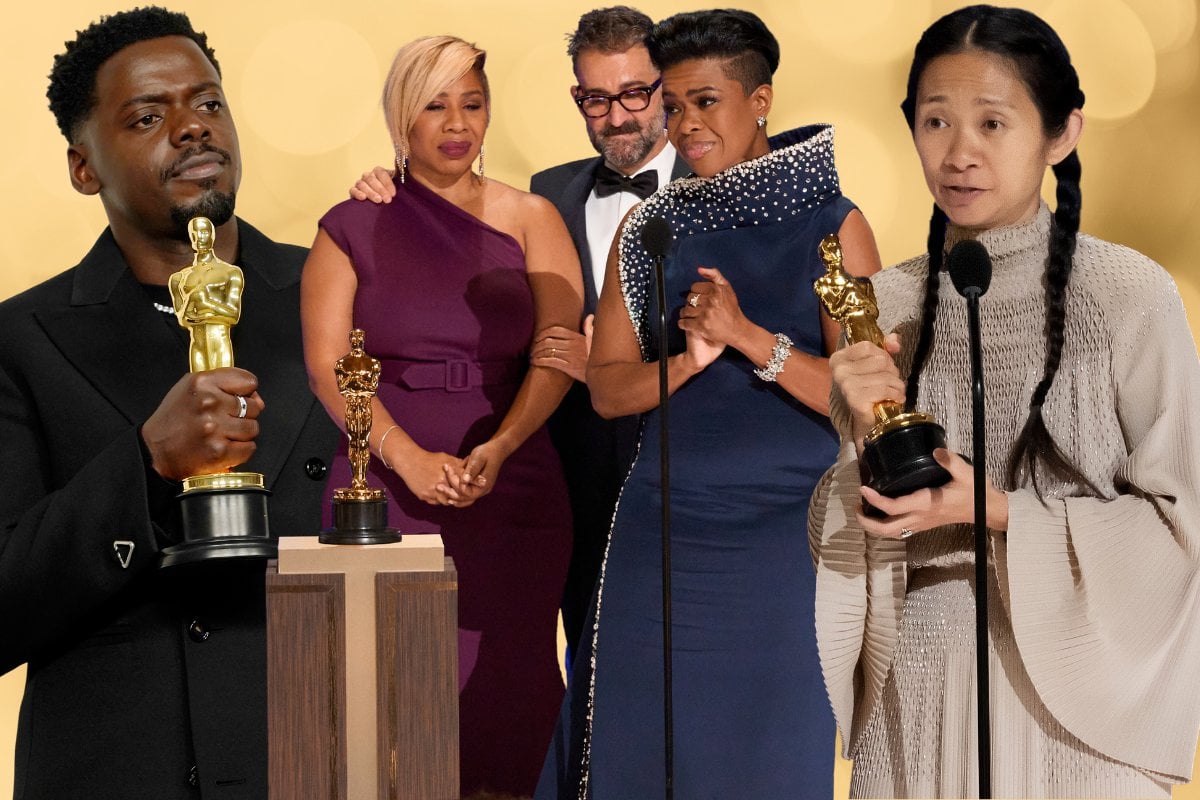 For many Oscar viewers, the end of the 2021 ceremony felt like a punch to the stomach.

In the lead-up to the ceremony, this year's Academy Awards were billed as the most diverse in the show's history. All thanks to the fact that out of the acting nominees nine were non-white, including three of the five stars in both the best actor and best supporting actor categories.

As the night wore on and the winners were called to the stage, Minari actress Yuh-Jung Youn became the first Korean performer to win an Academy Award while Nomadland director Chloe Zhao became the first woman of colour and the second woman ever to win the Best Director Oscar.

Then, in an unexpected shuffle, the Best Actor category was moved to the end of the broadcast, a slot historically reserved for the Best Picture announcement.

It was widely believed (but not confirmed) that the switch was due to the fact that the late Chadwick Boseman, who had already picked up wins at the Golden Globes, Screen Actors Guild Awards, and Critics Choice Awards for his performance in Ma Rainey’s Black Bottom, was about to win the Oscar.

Instead, the award was bestowed upon Anthony Hopkins for his role in The Father.

It was an oddly flat ending to an evening, and a Best Actor category, that had started out with so much promise. 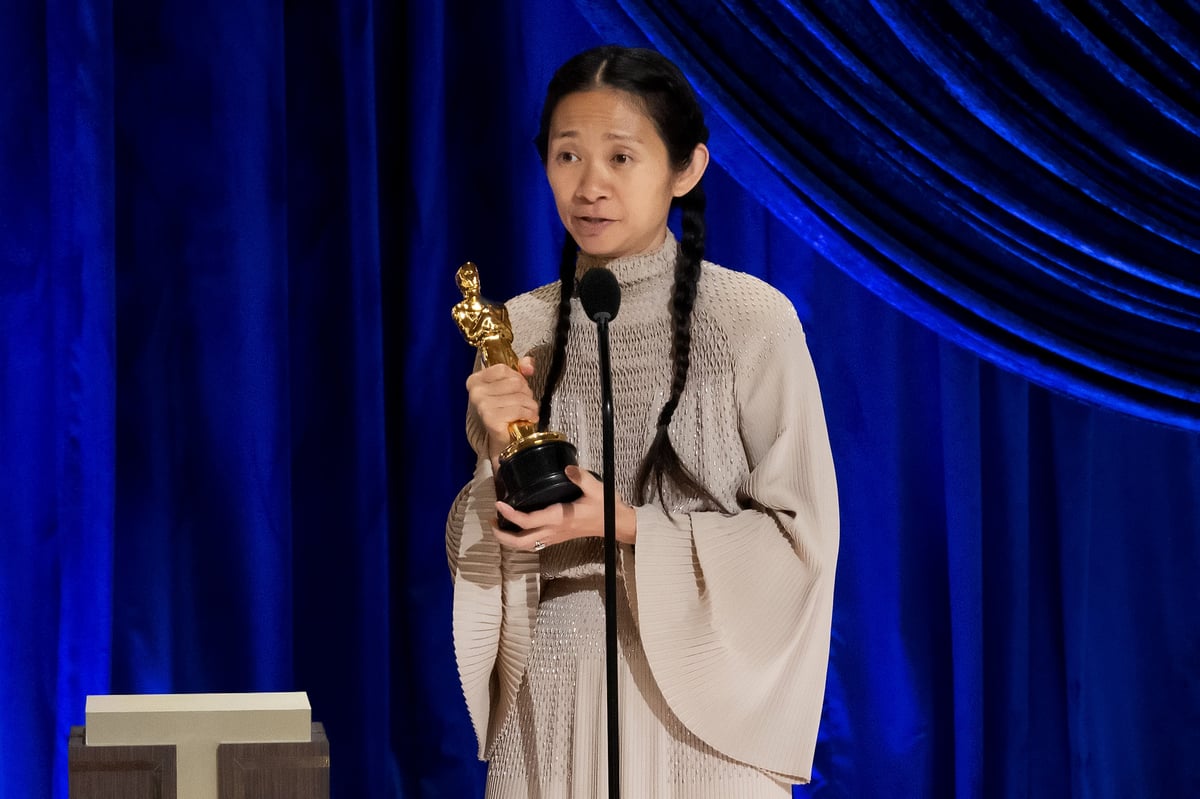 Nomadland director Chloe Zhao became the first woman of colour and the second woman ever to win the Best Director Oscar. Image: Getty.

But whilst the final moments of the ceremony may have left a bad taste in some viewer's mouths, there were many other moments of triumphant woven throughout the 2021 Oscars ceremony. Moments that are sure to change how we watch awards shows int he future.

One such moment can be found within the historic acceptance speech of Mia Neal and Jamika Wilson.

Today, hairstylists Mia Neal and Jamika Wilson became the first Black winners of the Academy Award for Best Makeup and Hairstyling in recognition of their work on Ma Rainey's Black Bottom. A film which chronicles trailblazing blues singer Ma Rainey (Viola Davis) and her band as they gather at a recording studio in Chicago in 1927.

During a ceremony where long-awaited and deserved diversity was present among the winners list, Mia Neal uttered a sentence that outlines the future that the Oscars, and the entertainment industry as a whole, is slowly working towards.

"I know one day it won't be unusual or groundbreaking. It will just be normal."

"Thank you to our ancestors who put the work in, who were denied, and never gave up," Mia Neal said as she accepted the Oscar alongside Jamika Wilson and fellow winner (for makeup) Sergio Lopez-Rivera. "I stand here as Jamika and I break this glass ceiling with so much excitement for the future — because I can picture Black trans women standing up here, and Asian sisters, our Latina sisters and Indigenous women." 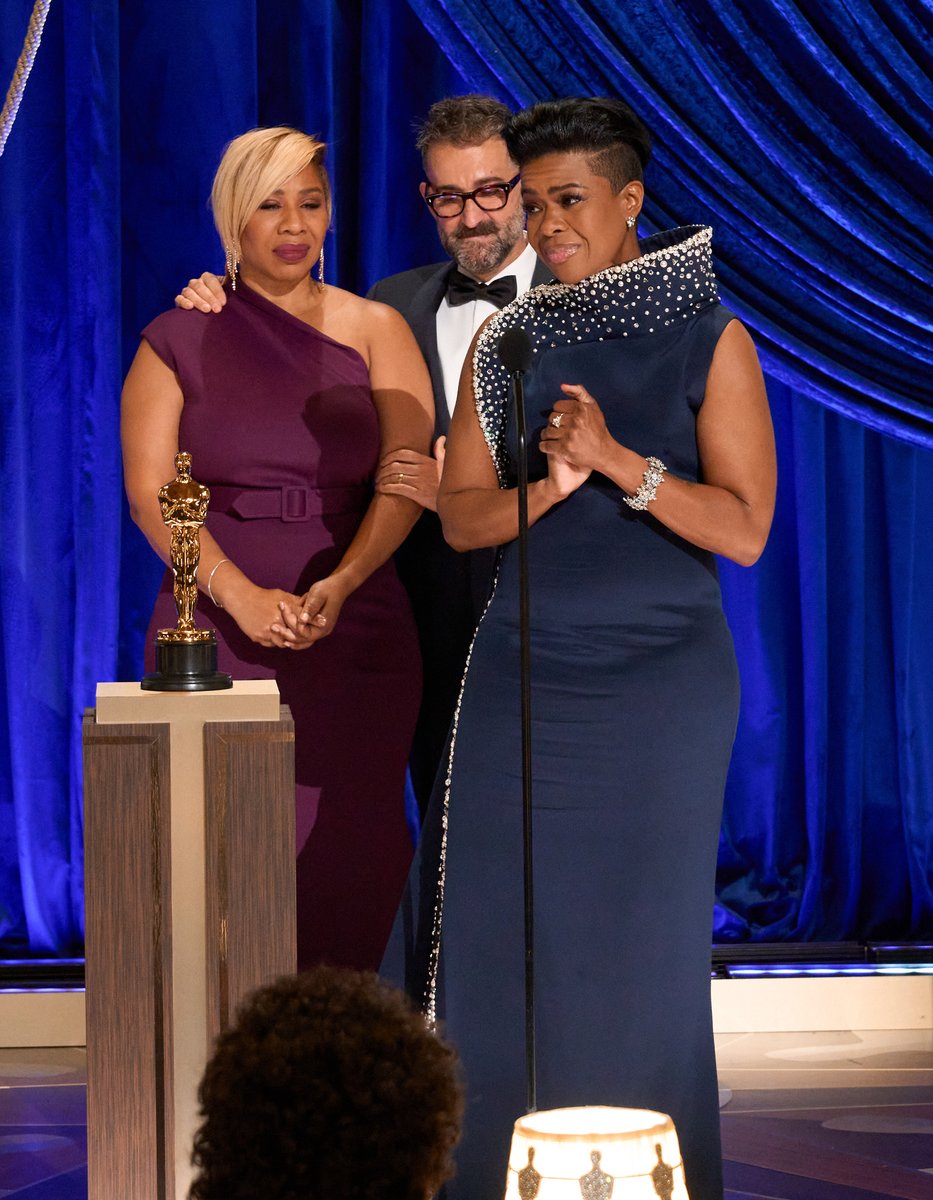 Jamika Wilson and Mia Neal became the first Black winners of the Academy Award for Best Makeup and Hairstyling in recognition of their work on Ma Rainey's Black Bottom. Image: Getty

Backstage after their win, Jamika spoke of how she has been seeing more African Americans on sets while Mia added, "everyone benefits from diversity, and I think everybody wants it. It’s being well received, and I don't sense any resistance. That’s why we’re excited about the future".

"We look forward to the time when these questions are moot," summed up Lopez-Rivera on the topic of diversity on set.

At this moment in time, questions around diversity and celebrations for history making wins cannot be taken off the table, because for every Chloe Zhao, Daniel Kaluuya, Mia Neal and Jamika Wilson there are thousands of names who will never find their way to an audition, pitch in a studio meeting or be included on an Oscar ballot.

In 2016, Academy of Motion Picture Arts and Sciences then president Cheryl Boone Isaacs promised to double the number of women and people of colour who were included in the Oscars voting pool.

This was done in response to the public outpouring of frustration brought on by #OscarsSoWhite, a hashtag created by April Reign that called out the all-white slate of acting nominees at the 2015 Oscars.

The hashtag later inspired a 2016 Oscar boycott started by Jada Pinkett Smith, and cosigned by Will Smith, Ryan Coogler, Spike Lee, and Ava DuVernay and eventually grew into a powerful social media campaign.

One which highlighted the disastrous lack of diversity among the Academy’s membership — which was reportedly 91 per cent white and 77 per cent male at the time — and, subsequently, in the films and performances that wound up earning Oscar nominations.

The moments we saw on stage today at the 2021 Academy Awards have been many years in the making and they included a promise that one day, we will only see these wins as normal.

N
nickypea73 a year ago

Reply
Upvote
3 upvotes
Why is it disappointing or flat that Anthony Hopkins won? We can still have actors of all races win and not be disappointed. I get that there may have been others worthy of a win, but so was he. Not trying to make a point of any kind but it would be nice to have anyone winning worthy of the Oscar
Resources
Very Peri
Skin
News
General
Opinion
True Crime
Politics
Sport
Explainer
Entertainment
Celebrity
Reality TV
Movies
TV
Books
Rogue
Royal
Lifestyle
Beauty
Fashion
Weddings
Home
Wellness
Health
Fitness
Travel
Food
Family
Before The Bump
Pregnancy
Baby
Kids
Teens
School
Parent Opinion
Work & Money
Money
Finance
Career
Lady Startup