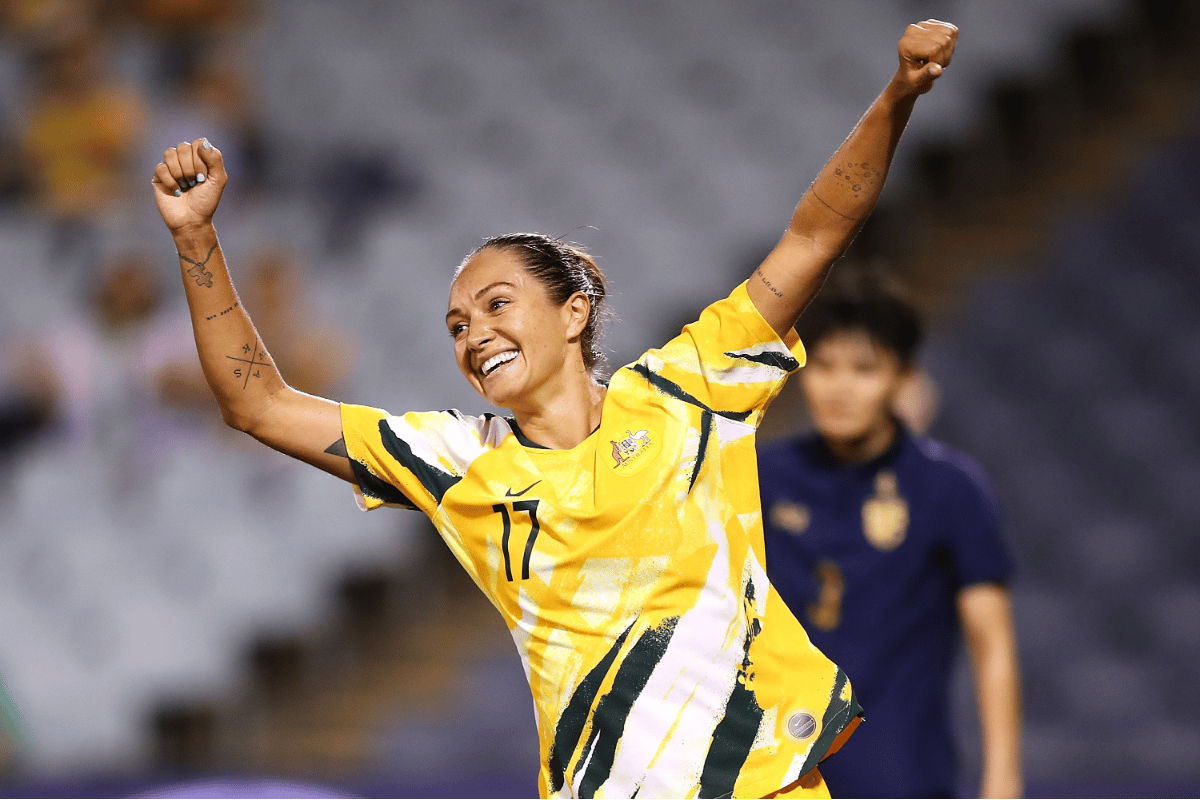 Australia and New Zealand will host the 2023 Women's World Cup, in a history-making decision announced by the FIFA Council in the early hours of Friday, June 26.

It will be a watershed moment for sport in Australia, signifying the great rise of women's football in recent years.

The FIFA Women's World Cup is the largest women’s sporting event in the world, bringing together 32 nations in 2023, and estimated to attract one billion television viewers globally.

Plus, a record 1.5 million spectators are projected to attend matches in Australia and New Zealand, as they celebrate some of the world's best footballers.

It will also be the first time a FIFA Women’s World Cup is hosted in the Southern Hemisphere.

The World Cup will see games played in 13 venues across 12 cities in the two countries, with the opening match played in Auckland, and the final in Sydney.

A number of the players of the Matildas, Australia's national women's soccer team, gathered in the Football Federation Australia offices at 2am this morning, where they heard the landmark news.

Mamamia spoke to Matildas player Kyah Simon about what this announcement means for Australia.

"It's a platform for us to display what female footballers are all about," Simon said.

"We have an opportunity to really inspire a lot of young girls and boys around the country, to live out their dreams and believe in themselves that they could one day represent the country as well." 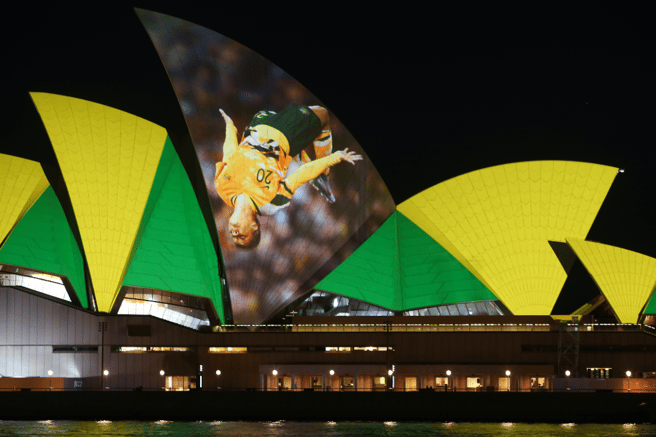 On Thursday night, the Sydney Opera House was lit up with a photo of Matildas player Sam Kerr in preparation for the announcement. Image: Getty.

As for what it will feel like playing a World Cup on home soil, Simon shares, "It makes a huge difference when you've got the momentum, the energy and the roar of the crowd on your side.

"If you've got that home field advantage and that home crowd advantage, that's huge when you're playing in front of your family and friends, but also a whole stadium packed out with green and gold.

"It gives you goosebumps and gives you that extra momentum and confidence," she explains. "You have a job to put on a good performance in front of a home crowd who have paid money to be there to support you."

The announcement is also an indication of what has been a phenomenal rise in women's professional soccer since Simon herself began playing professionally, when she was just 16-years-old.

"When I came into the sport, as a professional 12 years ago, it was nowhere near where it is now," the Forward remembers.

"Obviously there was Matildas previously, before my generation, that did their part. And it was up to us and our responsibility to carry that on and to be pioneers in our own generation. So it's been a long-standing battle and a process to get to where we are today.

"It's really pleasing to see where the sport is, where women's sport has come, and the types of recognition and support that we are receiving - commercially, but also from the general public and people's appreciation for what women's footballers are actually capable of." 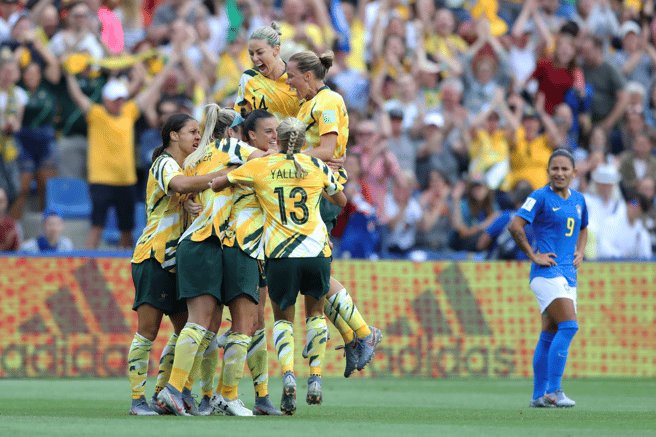 The Matildas made it to the Round of 16 during the 2019 Women's World Cup. Image: Getty.

Not only has public interest grown in women's football, but so too has their ability to earn a feasible income from playing the sport professionally - though it remains fields away from what their male counterparts make.

"Now we're in a position where we can be full time professional footballers and get paid a sufficient salary to just have the one job of being a professional athlete," Simon said.

"When I started, women in the sport were having to work a nine-to-five job and then train before or after work hours to make ends meet and to pay the bills. So it's come a long way and it still has a while to go as well."

The pay inequality remains stark, and was a prominent talking point during the last World Cups.

When Mamamia asked Simon what it would take for women to gain pay parity, she answered, "that's the million dollar question".

"We've been fighting for equality and pay parity forever," Simon continued. "Only recently, in the last few years, have we started to really make some waves.

"It's still got a long while to go, but it is on an upward trajectory and it is heading in the right direction." 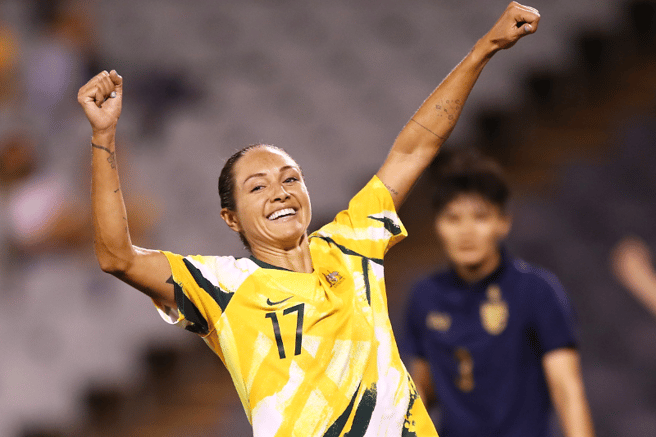 For now, their focus is on preparing for the next three years.

Between now and then, they have the Tokyo Olympics in 2021 and the AFC Women's Asian Cup in 2022, before they return home for the FIFA Women's World Cup in 2023.

So who will be their biggest competitor?

"The United States are always strong. England are strong. Spain surprised a lot of people at the last World Cup. There's a lot of teams coming through that have invested a lot in their women's team in the last few years, and they're really starting to see the benefit of that."

There's one thing Simon knows for sure, though: "The new generation is coming through".