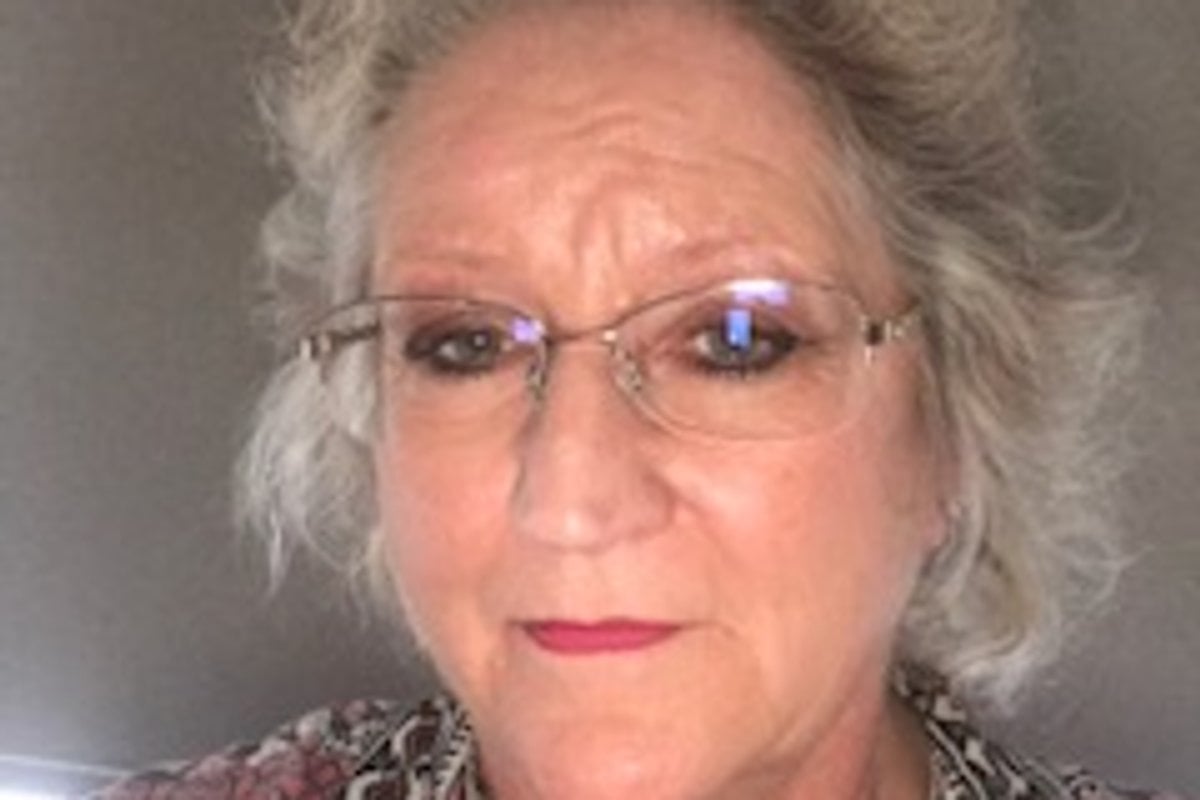 Tracey Hay doesn’t know what she wants to be when she’s older. “It’s a sad way to go into my twilight years,” the 62-year-old reflects, wiping away a tear.

She is part of the demographic of Australians - women over 50 - who are disproportionately impacted by unemployment.

For those of the same gender and generation as Tracey, unemployment is on the rise - a trend entrenched in society even before the COVID-19 pandemic had begun. In 2001, women aged over 50 made up about five per cent of all dole recipients. By 2019, this had increased fourfold, to 20 per cent.

So, it’s little wonder older women have been dubbed “the face of unemployment” in Australia.

But behind the sobering statistics are the names and faces of women with stories to tell. Women like Tracey.

In her lifetime, Tracey never found a career she loves - she never experienced the privilege of that certainty, she tells Mamamia.

“I wish I had built a career out of something I loved, instead of picking a job I didn't like, and going from job to job for 50 years and never being happy.”

She’s never finished a tertiary degree, explaining there wasn’t the same emphasis on certificates when she left school as there is today. Instead, she has held numerous roles in various industries, ranging from being a linguist in the Navy to a worker in a bookstore and everything in between.

Her last job was ten years ago in an administrative role with the Department of Mental Health. But as had happened a few times throughout her working life, she had to leave the workforce for caring duties. Tracey, who is also a mother of one and a grandmother to two, quit her job to become the informal carer for her father, who was suffering from prostate cancer.

“It wasn’t a choice. It was just something I had to do,” she reflects. It’s also a role that women statistically bear the brunt of more than men. 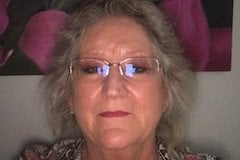 Tracey is 62 years old, and lives in Tasmania. Image: Supplied.

When Tracey was ready to return to the workforce, no one would employ her. Whilst no potential employer has ever said anything about her age, Tracey has no doubt age discrimination exists in an insidious form.

“I think from when you turn 50, people start to look through you and you become invisible. They think, 'she's just useful for volunteer work.'

“Employers think you're really only looking towards retirement, but does retirement even exist anymore?”

It's certainly not in Tracey’s sights. She wants to work - desperately.

“If only I could have a job, I would be the happiest person in the world.

“But I don't have any relevant degrees, diplomas, certificates or other bits of paper that are useful these days… I doubt I will ever be a useful member of working society again.”

Like many Australians, the coronavirus crisis has only compounded her inability to find a job, as she points out that employers have even more choice now from an even greater pool of qualified applicants.

Watch: Treasurer Josh Frydenberg on the impact of coronavirus on women in the workforce.

As she continues the job search, Tracey is studying a Bachelor of Dementia Care at the University of Tasmania. She began four months ago, with three more years to go. Going to university wasn’t her first option, but she didn’t know what else to do.

"I really needed to keep my brain busy otherwise you just sink into depression.”

But she is now considering dropping out, doubtful that any job will result from the degree. So what does her future look like? She doesn’t like to think about it, saying, “it’s hard to see past living day by day”.

Tracey’s life was upended earlier this year. In March, her husband left her, and by doing so financially crippled her. (Not to mention the personal turmoil of the divorce process).

“When he left me, I had no superannuation. I had nothing,” she says. (Her degree, by the way, is being paid for by The Island Project, which aims to educate Tasmanians on dementia risk behaviour.)

Tracey’s superannuation was small to begin with, not only because of her job insecurity but also due to the scheme not existing until 1991 - well after she first started working.

At the moment, JobSeeker - a payment of $815 per fortnight - is the only money she has to live off, meaning her income is below the poverty line. By the end of December, JobSeeker will reduce even further.

Tracey feels lucky, though, that she has a roof over her head. In Hobart, she lives in an apartment that she was able to buy with the money her mother left her when she passed away. It’s her only asset, and one she feels deeply grateful for - all too aware that women over the age of 55 are the fastest growing demographic of homelessness in Australia.

Yes - it’s hard to feel positive, Tracey says, especially when she feels like she has so much to offer an employer, but no one willing to give her a chance.

“Optimism is in short supply job-wise, which makes it really hard to remain optimistic about anything.”

From travel to fixing the garden in her apartment, there are things Tracey would like to do, but due to her financial situation, simply can’t.

“I don't like to be sad. I try to be optimistic. But when I'm at home at night, when there's no one around, I get really sad.”

Tracey’s voice trembles, as she says “I’ve got to talk positive”.

“There is a job out there for me, isn’t there?”

Reply
Upvote
One barrier I see to employing older people in the public service is that, when they inevitably retire, these roles are not filled again, but rather the job goes with the person, as the public service is always trying to make cuts, even when it's not in their best interest to do so.

Reply
Upvote
This is why I strongly encourage anyone who asks NOT to leave the workforce to take on an unpaid caring role (for anyone - kids, siblings, parents). The number of women I know who have been screwed over doing this is staggering (and I’m in my mid thirties - there’s a whole lotta looking after parents and older siblings coming our way yet!).  We are supposed to have a social welfare network that covers people who need care - but no, the ladies will cover it!!!
Maybe I’m a cold-hearted b**** but I’m frustrated at the way women are still expected to work for free.

Reply
Upvote
2 upvotes
@elishatraill There is a carer allowance or a carer payment available for those who do choose to put work on a hiatus to care for a family member.    For those who choose to delegate caring for a loved one,  there is the nursing home option or stay at home care packages, whilst difficult to get as there is a waiting list, they are available.   As to whether the daughter or son takes on the role of carer, that's a family matter and often there is a cultural aspect as well.   It is a sad reflection on today's society, when caring for one's kids or elderly parents is considered being 'screwed over'.

Reply
Upvote
1 upvotes
@elishatraill you aren’t cold hearted- this is exactly the same decision almost every man in the world makes, that’s why it falls on women. If they aren’t cold hearted then women who keep working aren’t either.