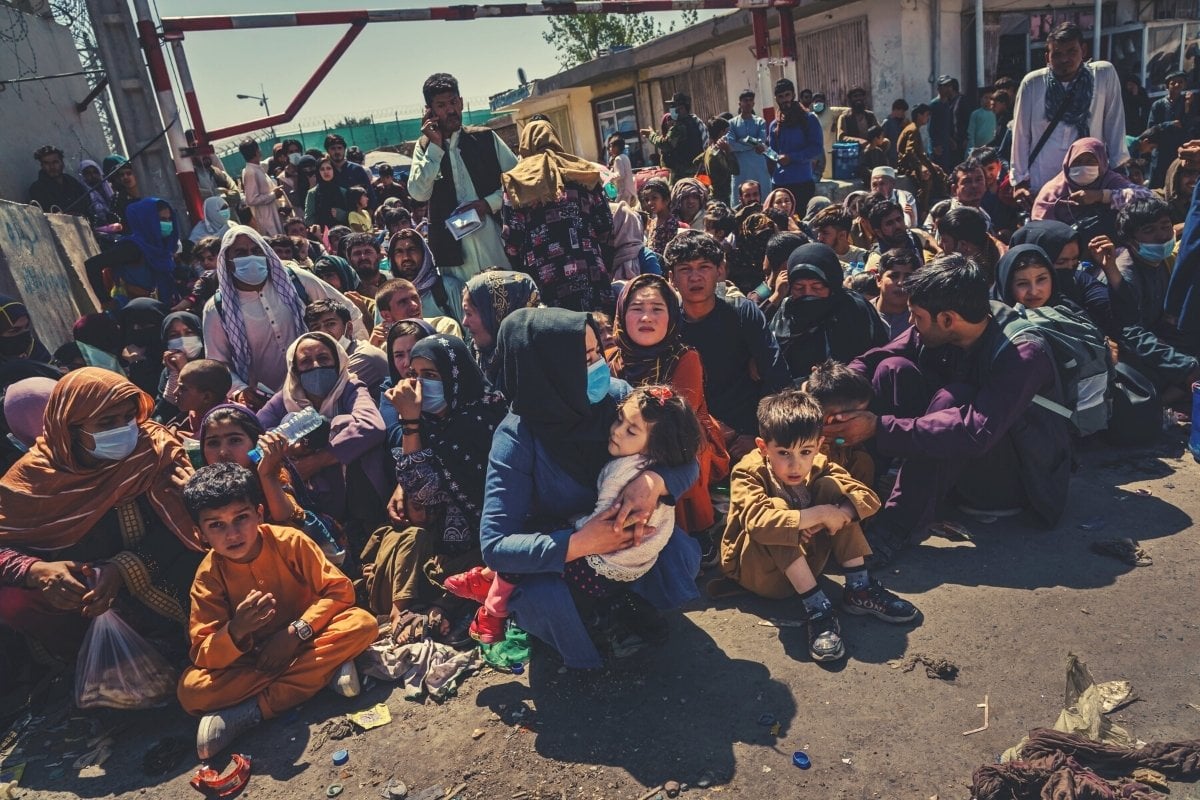 The Afghanistan of Maria Aziz's childhood is an idyllic place. She recalls walking safely to school with her siblings, attending concerts, taking family holidays where she'd pick fruit from the trees and take cooling dips in the river.

It was the most beautiful time of her life.

Then, the Soviet occupation changed everything.

In 1983, Maria's family fled the communist regime, living first in India for five years before they were approved for passage to Australia as refugees.

"It was the most beautiful feeling to be able to come to Australia and live in a society where they respect human rights and there was respect for women's rights and children," she told Mamamia's news podcast, The Quicky. "We lived here, and we felt safe once again."

Three decades on, Maria is watching from afar as the Afghanistan she once called home buckles under another period of political upheaval.

Listen: It's been two weeks since the Taliban seized power in Afghanistan. And there are serious fears for women's safety.

Militant Islamist group the Taliban recently seized control of the Afghan government, two decades after they were ousted by US-allied forces responding to the September 11 attacks.

With those troops now withdrawing from the country at the end of their protracted 'nation-building' mission, the Taliban's return to power has been swift.

The insurgency swept through the countryside toward the gates of Kabul in a matter of weeks, ousting the brittle government and reimposing their cruel brand of Sharia law. One which, during their previous five-year reign, saw girls and women prohibited from accessing education, public stoning, beatings and massacres.

"These people are torturing, killing, slaughtering, humiliating, raping people," Maria said. "The whole world is watching, and it really hurts when you see that nobody is trying to do anything about it."

As a counsellor, Maria Aziz returned to Afghanistan in 2010-13 where she worked with aid organisations and non-profits, and coached Afghan women in capacity building. She said much of that work is now being undone.

"The three years that I was there, I started many projects that were doing well, and we were very happy. But now it's all shattered," she said through tears. "People send me photos and they burnt their books. I have girls writing me messages [saying], 'We will never go back to school.'

"It tears me apart. It breaks my heart for the woman there. For those who had a dream and hope for the future." 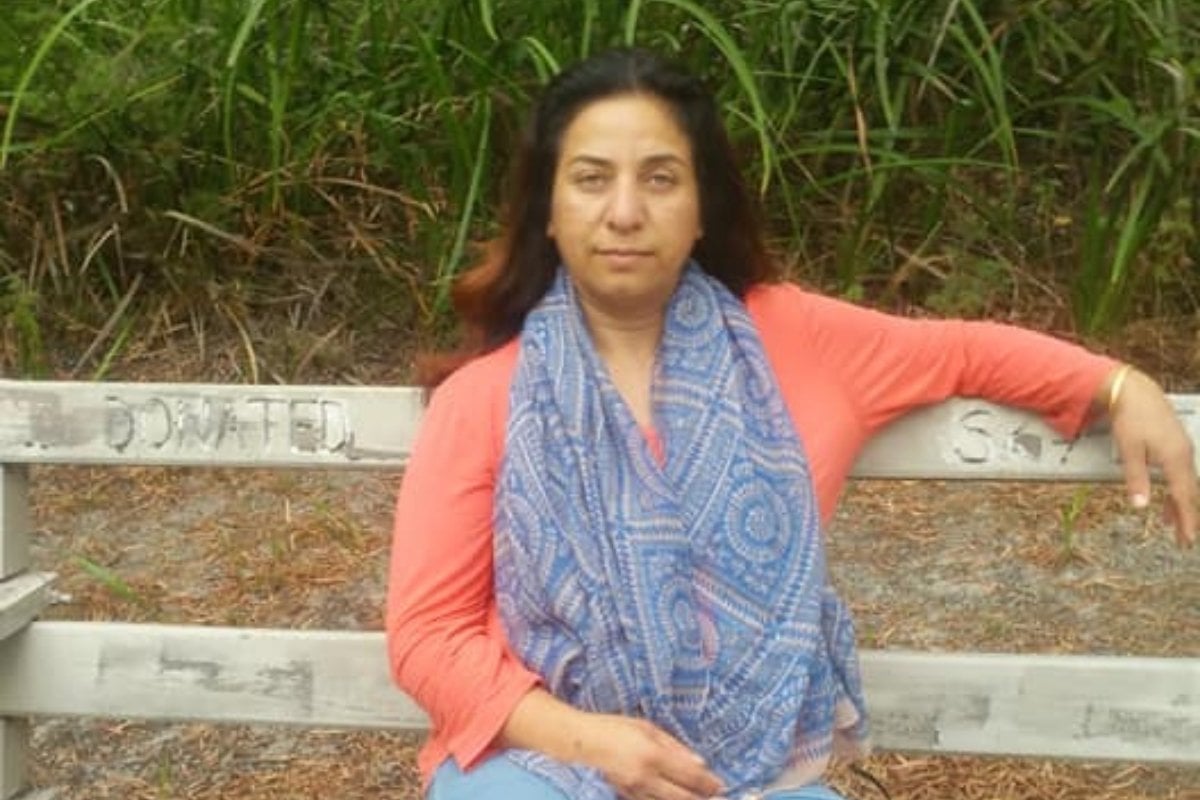 The Australian Government has facilitated the evacuation of 4,100 people over the past week, including 3,200 Australians and Australian visa-holders.

Foreign Minister and Minister for Women Marise Payne on Monday gave an emotional speech to the Senate in which she spoke of the first passenger off the first Australian evacuation flight — a small Afghan boy.

"He skipped down the ramp when it was lowered. It was a compelling and important sign for those seeking to help and those working on this evacuation," she said, her voice catching.

That airlift operation is now over, following a deadly suicide bombing outside Kabul's Hamid Karzai International Airport on Thursday. It's understood many Australian visa holders now remain trapped in the country.

Prime Minister Scott Morrison has committed to resettling at least 3,000 Afghan nationals in the coming years as part of its existing refugee program.

However, a number of organisations, including the Australian Human Rights Commission, have urged the Government to consider expanding the program with a specific Afghan intake, as it did in 2015 when then-Prime Minister Tony Abbott offered an additional 12,000 places to people fleeing conflict in Syria. 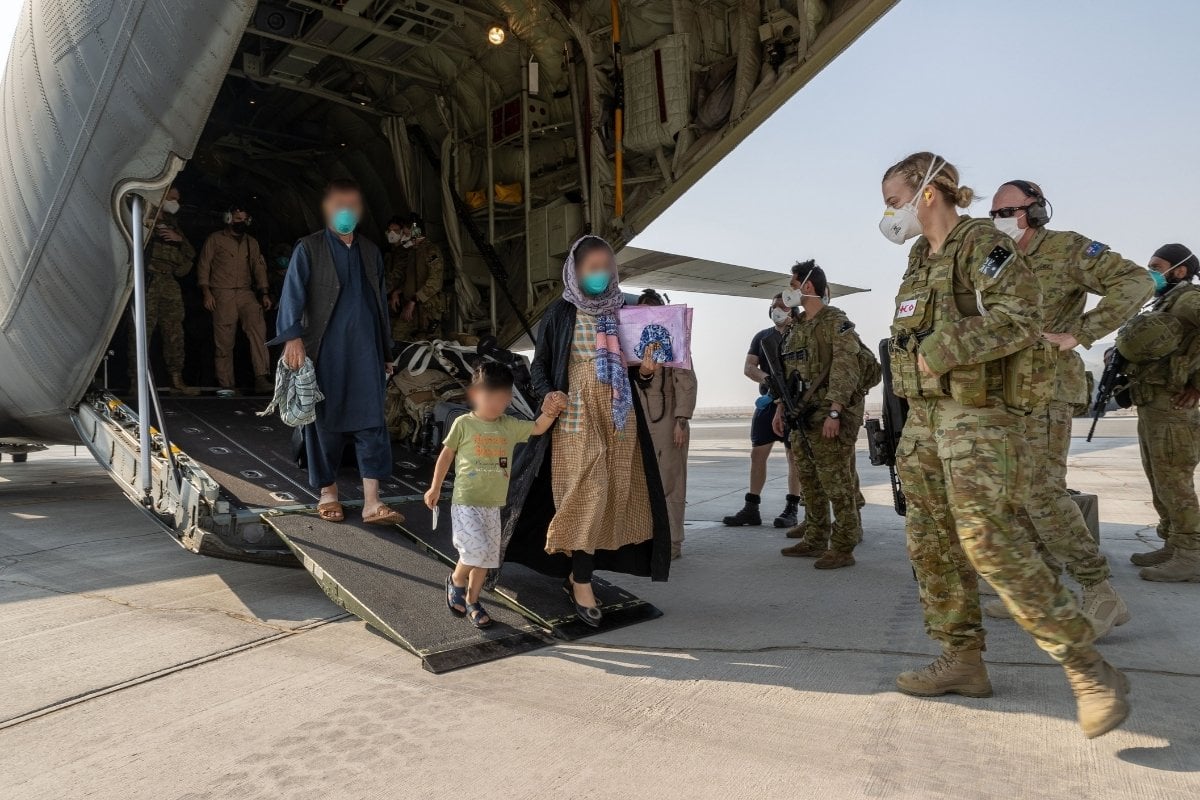 Some of the Afghan families evacuated by Australian troops this week. Image: Australian Defence Force via AAP.

Professor Susan Harris Rimmer, the director of the Griffith University Policy Innovation Hub, said the government has been warned by researchers for at least a year that the Taliban were likely to exact serious retribution once foreign forces completed their withdrawal — and that women would be among the worst affected.

"My focus has been on the women who have received Australian aid and Australian support to stand up for women's rights. They are clearly identifiable group, there are quite a small group, they could have been moved out of the country months ago," she said.

"I just feel like when we enter a country saying we stand up for certain things, people will not believe us unless we follow through when those values are threatened."

Despite the horrors of the situation unfolding in her homeland, Maria Aziz wants to ensure people don't look away.

"We need people to understand what's going on," she said. "We all need to stick together in this; all ladies around the world. We all have this invisible sisterhood string attached to all of us.