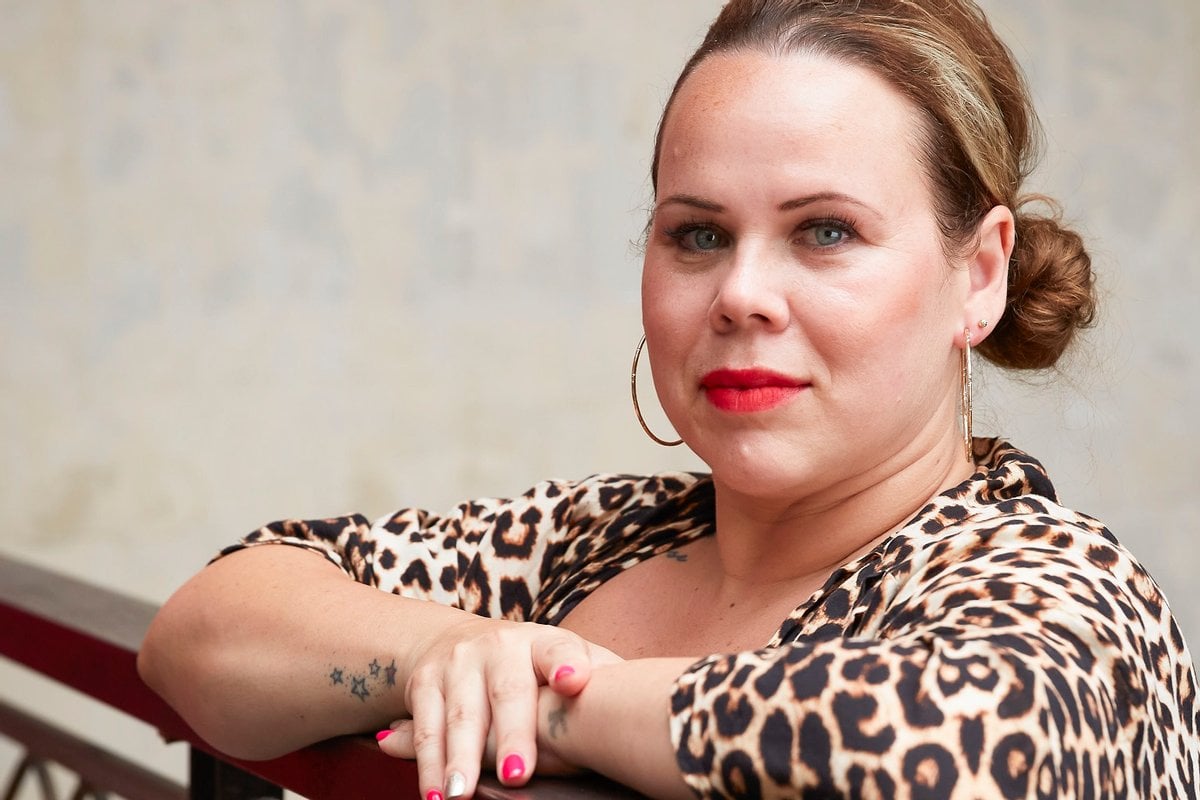 For many women, giving birth is an incredibly exciting time. A time filled with joy, surrounded by family and loved ones who are supporting you through this journey.

From conception, it is understood by many that women carrying children deserve the best care to ensure the health, safety and wellbeing of the mother and the baby. Pregnancy can also be highly stressful and anxious, however with the care of the health system and our networks of family and friends, we are often supported through this.

Unfortunately, this is not the case for women who are pregnant in custody. Unable to access social, medical and emotional support when required – the expectant mothers in jail are stripped of the supports we know help many women through the uncertain and important journey of pregnancy.

Adding to the already difficult circumstances these women are placed in, is knowing that for many women, their children will be taken from them almost immediately after giving birth. They will return to custody directly from hospital.

They will be unable to breastfeed or bond with their baby through ongoing skin to skin contact. They will be strip searched upon arrival, regardless of whether they have had stitches or a caesarean, then returned to their cell and required to return to work on prison grounds almost immediately.

The number of women on remand (unconvicted, awaiting trial) more than doubled between 2011 and 2017. The number of sentenced female prisoners rose by 23 per cent over this period.

Increased prison numbers are being driven by the numbers of women on remand and not an increase in crime rates. Remand means these women are being held in custody without being found guilty of a crime.

We know that once a woman is sent to jail, her chances of returning to jail are increased. Seventy-two per cent of women currently in prison have been imprisoned before, and this is even higher for Aboriginal women, 87 per cent of whom have experienced prior incarceration.

A 2019 report developed by Keeping Women Out of Prison (KWOOP) coalition, for which I am a member, indicates that although Aboriginal people make up only 2.9 per cent of the NSW population, 32 per cent of women in prison are Aboriginal.

Women with disabilities and mental health conditions are over-represented in NSW prisons together with those with experience of significant trauma and abusive relationships.

Sixty-one per cent of women in NSW prisons are mothers to one or more children below the age of 18. We know the long-term detrimental impacts of separation of children from their families due to parental imprisonment. We also know the guaranteed negative effects on their life trajectories and the greater likelihood of entry into juvenile and adult correctional systems. Despite this, the State continues to lock our women up at alarming rates.

The disruption of families and the lives of children causes immense stress and leaves a legacy of grief, loss and trauma for generations. We absolutely cannot keep removing women from their families and communities and expect children to thrive.

Through our work at Deadly Connections Community and Justice Services, we know that many women in prison serve short sentences. Short sentences which are often short enough to disrupt their lives including loss of their home and child but not long enough for the women to engage in any type of program while in custody. We also have a high proportion of women imprisoned for non-violent offences.

These offences include; crimes against justice procedures and drug offences. Crimes against justice procedures often means they may have forgotten to report to community corrections, not attended Court or missed a counselling appointment. Life for mothers can be chaotic, particularly for those with justice involvement who have a number of commitments they must maintain to stay out of jail.

The imprisonment of women is also not considered in the context of family and domestic violence where Aboriginal women are over-represented in prison figures but also as victim-survivors of violence and trauma. Prison population surveys have revealed high rates of family violence and sexual abuse among incarcerated Aboriginal women.

The Indigenous Pathways to Justice Report indicates that up to 90 per cent of Aboriginal female prisoners in WA were survivors of family and other violence.

A New South Wales study in 2014 revealed that 70 per cent of the Aboriginal female prisoners disclosed they were survivors of child sexual abuse, with 44 per cent subject to ongoing sexual abuse as adults and 78 per cent experiencing violence as adults.

Previous studies have demonstrated that at least 80 per cent of Aboriginal women linked previous experiences of abuse indirectly to their offending.

Imprisonment and child protection involvement perpetuate ongoing cycles of disruption, grief, loss, trauma and disadvantage, which creates increased challenges for the effective re-entry and rehabilitation of women exiting custody - particularly for Aboriginal women who experience increased levels of victimisation, racism and lack of culturally safe programs to support their reintegration.

Deadly Connections provides culturally responsive and practical support to justice involved mothers through their Deadly Families project although we are not resourced enough to meet the current demand for our services.

This is a human rights issue that requires our urgent attention.

Incarceration Nation airs on NITV at 8:30pm this Sunday. Catch up on SBS On Demand.

frank sterle jr. a month ago

Reply
Upvote
After 34 years of news consumption, I've found that a disturbingly large number of categorized people, however precious their souls, can be considered thus treated as though disposable, even to an otherwise democratic nation. When they take note of this, tragically, they’re vulnerable to begin perceiving themselves as beings without value. I’ve observed this especially with indigenous-nation people living with substance abuse/addiction related to residential school trauma, including the indigenous children's unmarked graves in Canada.
While the inhuman(e) devaluation of such people is basically based on their race, it still reminds me of an external devaluation, albeit a subconscious one, of the daily civilian lives lost in protractedly devastating war zones and heavily armed sieges. They can eventually receive meagre column inches on the back page in the First World’s daily news.
____
“It has been said that if child abuse and neglect were to disappear today, the Diagnostic and Statistical Manual would shrink to the size of a pamphlet in two generations, and the prisons would empty. Or, as Bernie Siegel, MD, puts it, quite simply, after half a century of practicing medicine, ‘I have become convinced that our number-one public health problem is our childhood’.” (Childhood Disrupted, pg.228).
News
General
Opinion
True Crime
Politics
Sport
Explainer
Entertainment
Celebrity
Reality TV
Movies
TV
Books
Rogue
Royal
Lifestyle
Beauty
Fashion
Weddings
Home
Wellness
Health
Fitness
Travel
Food
Parents
Before The Bump
Pregnancy
Baby
Kids
Teens
School
Parent Opinion
Work & Money
Money
Finance
Career
Lady Startup
Relationships
Sex
Dating
Separation
Friendship
Family
Real Life
Couples