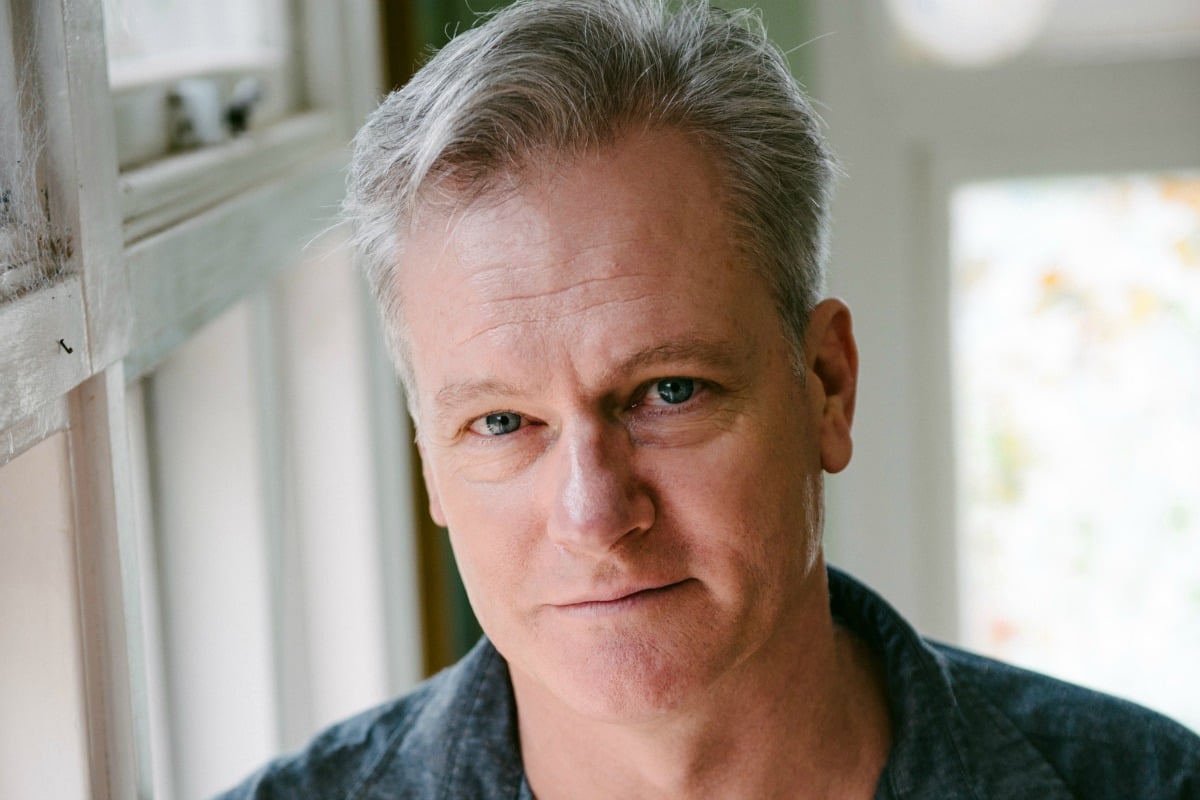 Being a father out shopping can lead to a more perilous realisation about how the society we live in sees your child.

It’s easy to be a snob, but it’s so utterly human to want to impress and pretend. I looked at my daughter and her friend. Both gorgeous young people. When I was their age, girls would slather themselves in tanning oil and fry their skin like dim sims in the sun, just because it looked good. Now, on this noisy Saturday surrounded by concocted advertising images of what the market claims are physical perfection, I think of how these two girls will have to navigate the minefield of fashion and fad, the pressure to look good.

And I know that a father can be a part of that problem. On another shopping trip, at one of those giant factory outlet sheds filled with brand names, we drifted through the tide of humanity trying to find some bathers for my daughter.

If any father ever thinks it’s agonising waiting for a daughter to choose an article of clothing they should zip their lips, take it on the chin and wait for as long as they must, simply because it can be so hard for a teenage girl to know what to wear.

Pulling bits and pieces off the racks and then putting them back, second-guessing herself, looking over at me, it wasn’t until an hour in that I had the sense to go and ask if my hovering around was putting her off.

“I mean, I know bathers are bathers. You can choose whatever you want and I’ll just wait outside and you get, you know, what you want. I know bathers.”

My daughter looked at me and, after a little while, said okay.

I told her to text me when she was ready to buy something.

I went and sat down outside. I thought I had gained some sort of sensible father achievement, a sensitive patriarchal level on a weekend shopping trip. And I waited. And waited. And the text came in: she was ready.

To hear more from William about single fatherhood, listen to his chat with Mia Freedman below and subscribe to No Filter in your favourite podcast app.


I went back into the shop, smiled and got my wallet out. “My shout,” I said.

She looked at me.

She stared a little.

I told her it would be okay.

She didn’t look sure, and to be fair, this was because I had a bit of form in this area. Once, when going on a socks and jocks safari for myself and my son, I decided to grab something for my daughter. I saw a specials rack in the women’s section and recognised a brand that I knew my daughter had bought a few times. This was the go. The sizes would be on the hangers.

The more I looked amongst the items of underwear the more I realised that men’s sizes were a lot easier to guess than women’s because women tended to be a bit more specific. No ‘M’ for medium, ‘L’ for large or ‘XL’ for extra large that adorned men’s fashion. The women’s sizes seemed to be configured in some sort of layered mathematical formula and I thought about giving the whole thing a miss and heading off. I took a few steps away but then thought it didn’t seem fair that my daughter would miss out. So I walked back to have a crack at picking something that might fit.

In a large mirror on a nearby pillar in the store, I caught sight of what I recognised after a few moments of consideration was a reflection of myself. A large barrel of a man in a billowing linen shirt, white shorts, Crocs, glasses and, on my head, my special fishing cap – a baseball-type cap with a very elongated brim.

It was designed for the man with a large nose, the brim pouring down over the front of your face creating a beak-like effect.

The reflection looked like a great swollen, bespectacled waterbird, wading aimlessly about in an undergrowth of women’s undergarments.

I turned away from the mirror and back to the racks, thinking about how I must look. A middle-aged man faffing about, leaving, returning, then standing in front of a rack of bras and things – it isn’t a comfortable picture, especially when some of the things probably weren’t what a father should buy for his daughter just so she didn’t miss out.

The brands on the coathangers didn’t necessarily correlate to the garments that hung on them. This, I knew, was part of the DFO roulette, but the difference was a bit stark.

I peered at what was supposed to be a sports bra, ideal for my daughter’s chosen sport of lacrosse, but the garment that was hanging on it looked like it was about as capable of offering any meaningful support as a cross-eyed gorilla was of solving a Rubik’s cube.

I grimaced in annoyance and frustration and muttered as I tried to find a sports bra. "This thing, this thing’s no good. Well, I don’t know."

And I turned to see a staff member standing before me. I repeated, "Well, I don’t know," like a sad echo and stared at her.

She was about my age and had a smile on her face but also an incredibly intense deep-set glare, very nearly but not quite cross-eyed. If we were talking Disney animation, she’d be a very efficient mongoose.

I am not sure if a mongoose would stalk a swollen waterbird but I certainly felt I was being appraised by some sort of carnivorous creature as I said, "Well, this."

I grabbed the bra I had thought was a sports bra. "This," I said, and I proffered it to her. "This hanger says a sports bra but this . . . garment thing isn’t. Is it? Looks all meshy, you could sift icing sugar through it."

She looked at the bra and then back at me with a quick eye-flick, like she didn’t want me to get away.

"Sir, that is because it is an item of intimate apparel, not underwear."

"Intimate apparel, not underwear. Although a sports bra is a specialised form of underwear it is still underwear, a functioning, purpose-built undergarment. This," she deftly took the icing-sugar sift thing from my hand and continued, "is an article of intimate apparel. Lingerie. Designed for aesthetic adornment." The staff member gave me a quicker little flick of her eyes.

"Sir, what is it you are after and for whom?"

I took a breath and tried to explain. "My daughter. I thought I would just pick up something for her and I saw on the hanger that it was a sports bra but then I couldn’t see any." I tried not to sound like an idiot and I pointed to the intimate apparel icing-sugar sifter in her hand.

Above the staff member’s head, I saw the reflection again. I was pointing. And sounding a bit pompous. A common enough occurrence for middle-aged men, but that beaky cap took the whole thing to a new level of idiocy. Sure, a bloke who wore a hat like this would ‘know what lingerie is’.

The staff member looked at me. "Yes, sir." She paused. "Of course you do."

I felt I had to explain and said simply, "This is my special fishing cap."

"Yes, sir," said the staff member. She almost smiled as she went on. "The hangers can be a bit of a trap, the specialist underwear is over here, do you need a hand at all? Or do you know what you’re after?"

Like an idiot, I held up a hand and assured her that no, I’d be fine.

I went to where she directed, grabbed a few things and left. I’m pretty sure I heard stifled laughter as I stalked off.

Later at home, I distributed the day’s hunt amongst my tribe. Socks and jocks for my son, "Good on you," he said, and to my daughter her sports bras. "Oh, thanks, Dad," she said rather sweetly.

A few moments later, while I stood in the kitchen leaning on the big bench, she came prowling out and threw the bras at me.

The bras landed on the bench in front of me.

"Did you even look?"

"I know underwear," is what I said.

From Fatherhood: Stories About Being a Dad by William McInnes. Available now from Hachette Australia. RRP: $29.99. eBook: $14.99

I love him too! One of my absolute favourite writers.