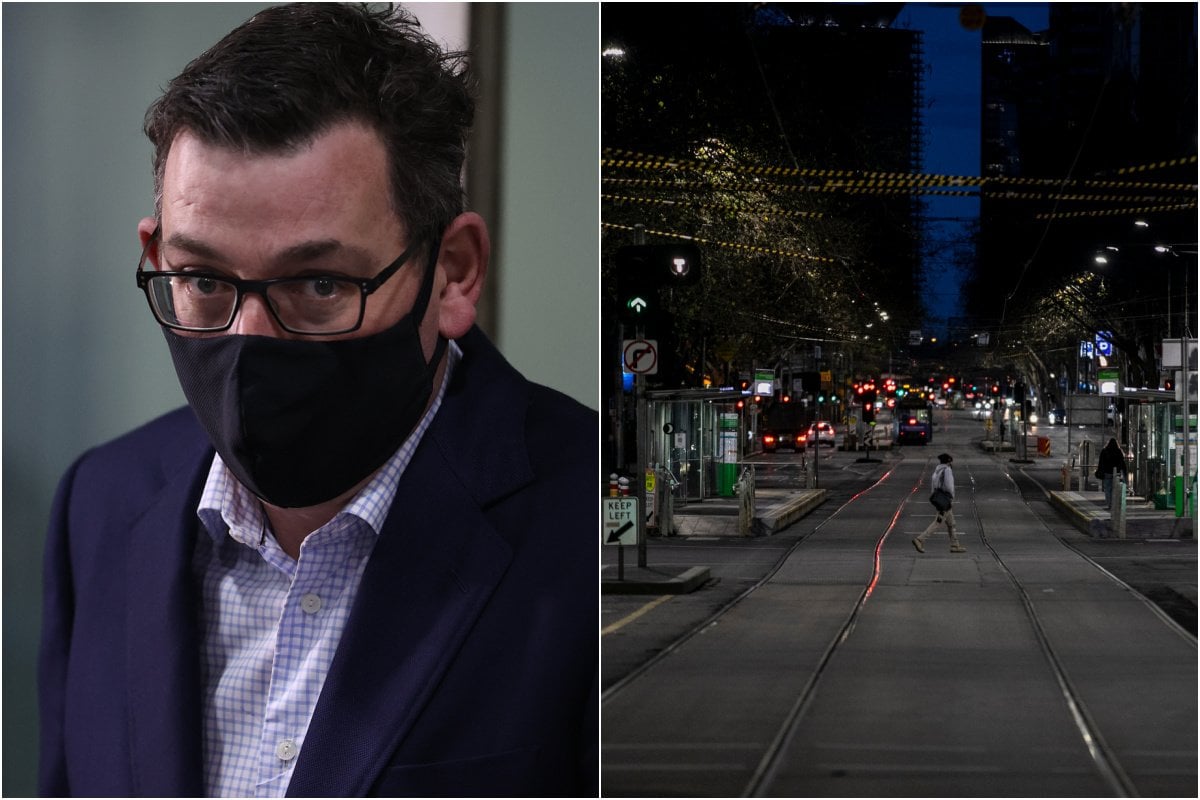 Victoria recorded 16 new locally-acquired cases of COVID-19 on Sunday, as residents have been warned the state's five-day lockdown could be extended.

Like the 19 cases recorded on Saturday, all cases are linked to current outbreaks. On Saturday, 18 of the cases were infectious in community for an average of 1.7 days.

Here's everything we know about the latest outbreak in Melbourne.

Will Victoria's lockdown be extended?

The current stay-at-home order is due to expire at midnight on Tuesday. However, on Saturday, Chief Health Officer Brett Sutton said this could be extended based on the data around case numbers and exposure sites.

"Every Victorian needs to ready themself for what might emerge over the next 24/48 hours," Sutton told reporters.

"All I can say is the response couldn't have been better. The judgements that have been made around a hard and fast lockdown have been the right ones. And that's got us on a good track.

"We've got settings in place until Tuesday midnight and we will make another assessment every day over the next three days." 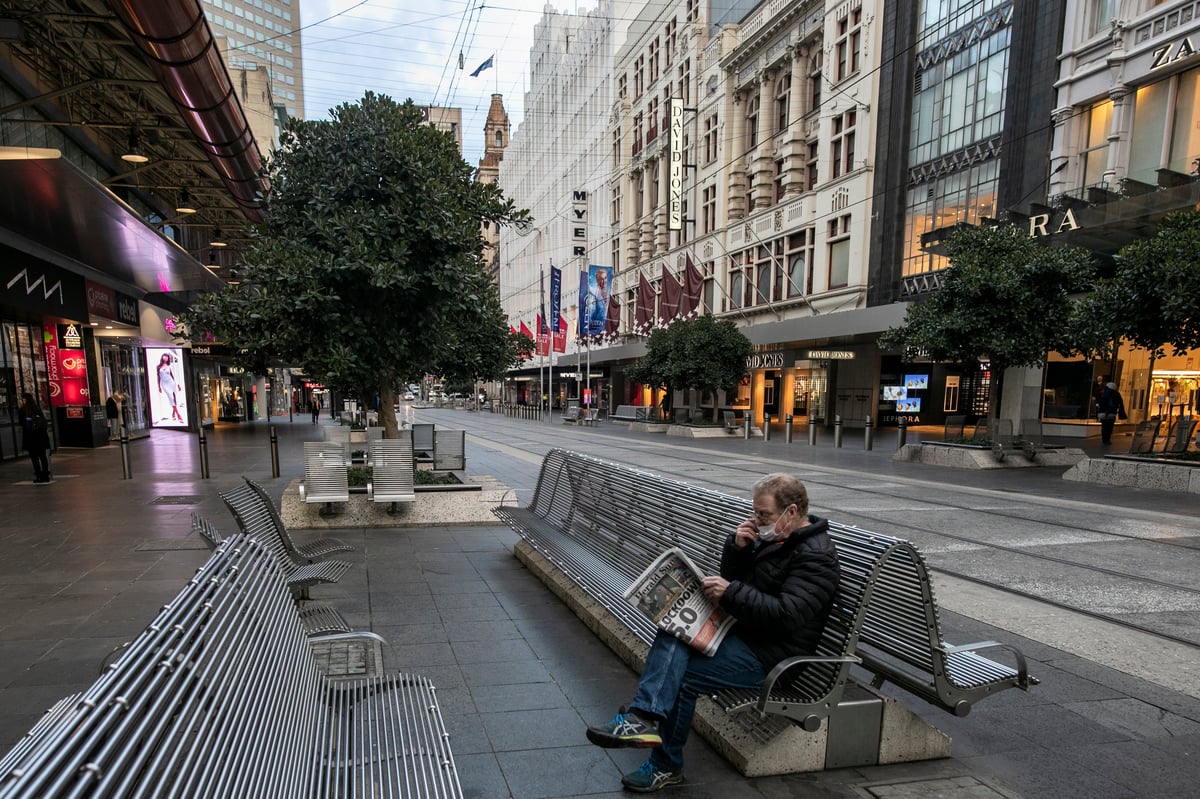 "I hope I'm wrong but I suspect it will probably take more than five days," he explained.

"It really is all about the trends that happen with the number of cases, but I think more importantly the number of exposure sites which has been ballooning out in recent days."

Side note... How to talk to anti-vaxxers. Post continues below.

How did this outbreak start?

One chain of community transmission started with a family of four who returned from NSW on a red zone permit and broke quarantine requirements. The family have all tested positive to the virus and one man from the family visited Craigieburn Coles last week whilst unknowingly infectious. He bumped into a friend at the supermarket, who tested positive following the interaction.

The other chain of transmission started with three Sydney removalists who arrived in Melbourne on July 8 on a special workers permit.

The removalists first visited a family of four in Craigieburn, and then went to the Ariele Apartments complex at Maribyrnong, which has since been plunged into lockdown for 14 days. CCTV footage shows the removalists were not wearing masks while on the job, which is a breach of the conditions of their worker permits. 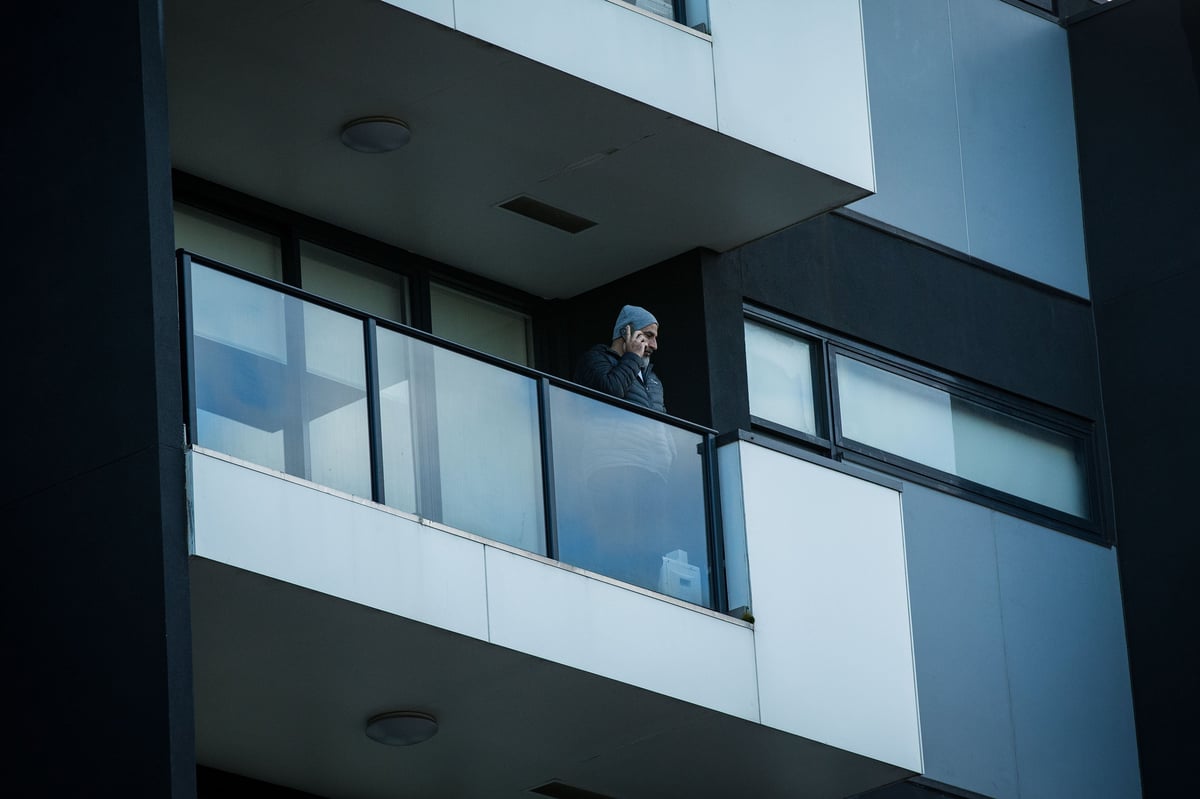 A resident of the Ariele Apartments in Maribyrnong is seen on July 15, 2021 in Melbourne, Australia. Image: Getty.

Several people from the apartment block have tested positive to COVID-19.

One 60-year-old resident attended an AFL game at the MCG on Saturday, July 10, when unknowingly infectious. He went with his friend, a teacher from Bacchus Marsh Grammar school, who lives in Barwon Heads. The teacher and some of his close contacts have subsequently tested positive.

Several other people who attended the game at the MCG have also tested positive, in what authorities are calling cases of 'stranger-to-stranger' transmission.