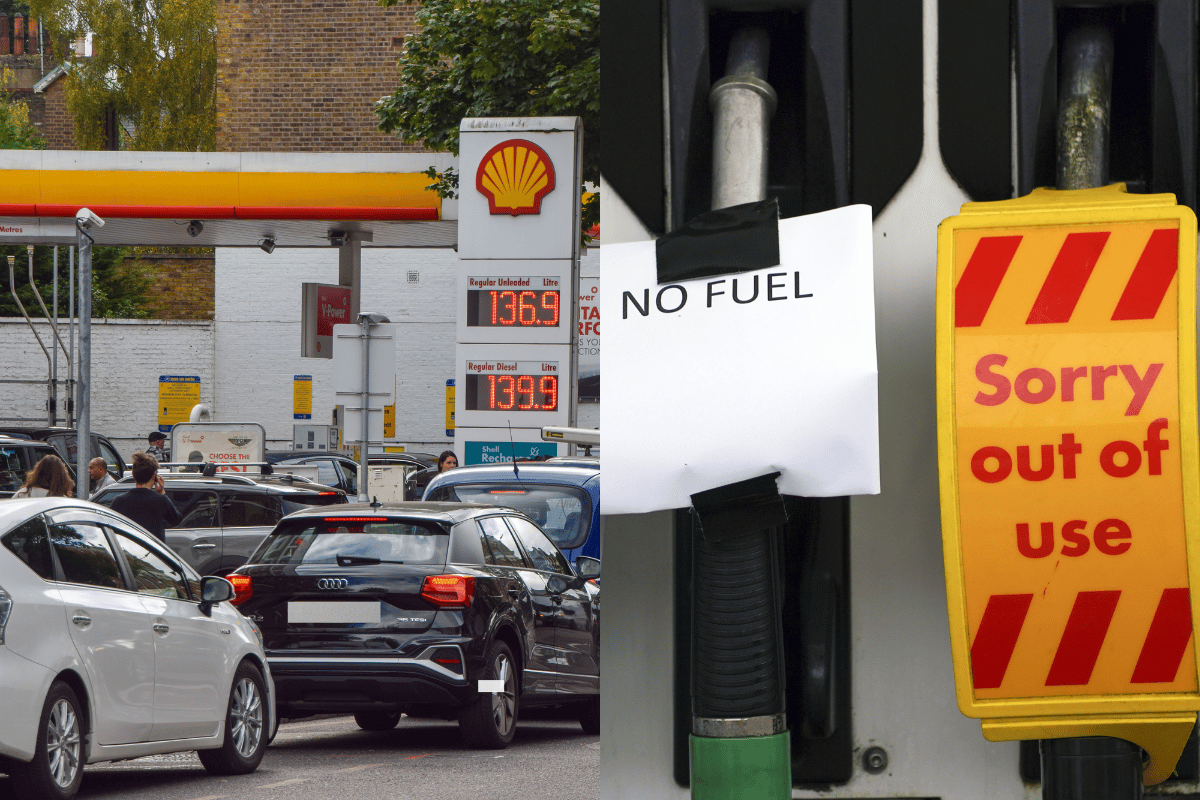 Long queues and frustrated motorists are common sights at petrol stations in the UK right now.

A nationwide petrol crisis has seen thousands of British petrol stations run dry and motorists queue for hours to fill up their tanks.

On Sunday, BP said nearly a third of its British petrol stations had run out of the two main grades, while other companies have had to limit supplies or close petrol stations altogether.

The Petrol Retailers Association, which represents almost 5,500 independent outlets, said two-thirds of its members had sold out of petrol.

The cost of petrol has also risen to its highest point since September 2013. 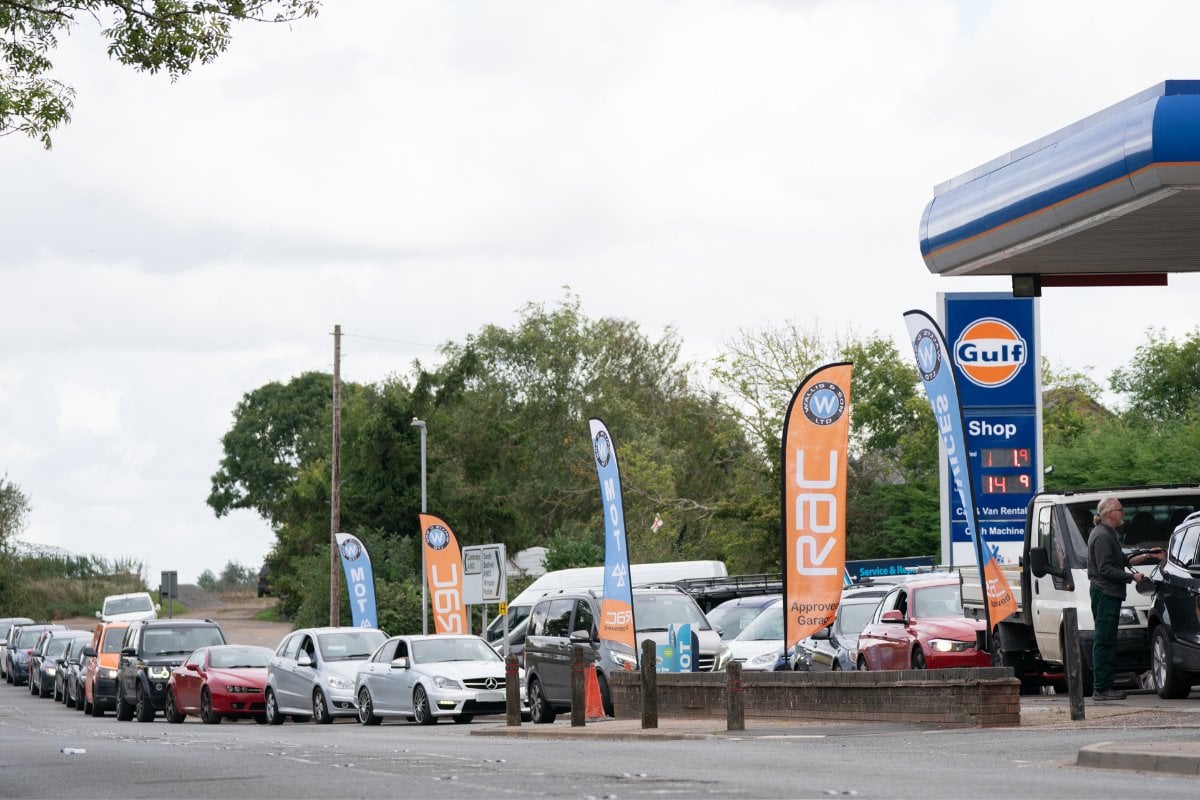 People queue for fuel at a petrol station in Barton, Cambridgeshire. Image: Getty.

According to BBC News, some people have resorted to sleeping in their cars to make sure they don't miss out.

Meanwhile, tensions have risen between some motorists in stations across the country.

On Monday, a man in southeast London was caught on camera pulling a knife on another driver while shouting at him through his car window.

In the footage, the man is seen running to the driver's side of the car and kicking it repeatedly.

Police arrived at the scene but found "no trace of either vehicle".

Here's everything you need to know about the unfolding situation in the UK right now.

﻿Why are people struggling to get petrol in the UK?

The crisis can be put down to a number of factors, but according to the UK government and the Petrol Retailers Association (PRA), one main reason behind the lack of petrol is panic buying.

PRA chairman Brian Madderson said the shortages were due to "panic buying, pure and simple".

"There is plenty of fuel in this country, but it is in the wrong place for the motorists," he told the BBC. 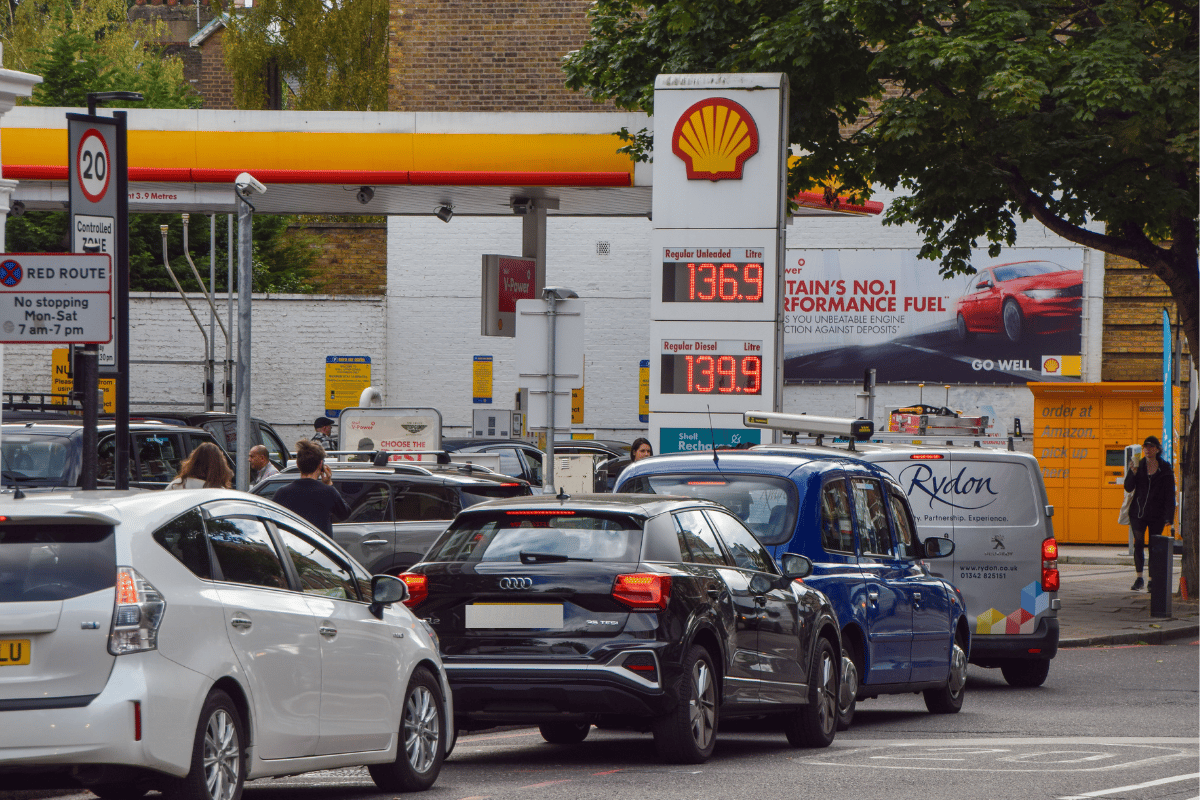 In a joint statement, oil companies including BP and Shell, have stressed that they haven't run of petrol and are instead experiencing "temporary spikes in customer demand - not a national shortage of fuel".

"The only reason we don't have petrol on the forecourts is that people are buying petrol they don't need," said Environment Secretary George Eustice.

But while there is no national shortage of petrol, it's clear there's not enough getting to petrol stations at the moment to keep up with demand.

And it has to do with another shortage in the UK; truck drivers.

Wait, so why are there not enough truck drivers?

The UK has long had a shortage of Heavy Goods Vehicle (HGV) drivers. And now, the increased demand for petrol has meant there isn't enough workers to drive the trucks that transport petrol, food and other goods.

One reason for this shortage is Brexit, which saw many European drivers return home and leave gaps in the workforce.

"Most of our drivers before Brexit were from elsewhere in Europe and a lot of them went home in the pandemic and… partly because of Brexit, have chosen not to come back," Economist Jonathan Portes told ABC Radio National.

The COVID-19 pandemic has also contributed to the shortage, as a number of companies have had to lay off workers, while others returned to their home countries.

COVID-19 has also made it difficult for those wanting to get into the workforce, as the testing process you have to go through to drive heavy trucks has been slowed down. According to The Guardian, 40,000 people are currently waiting to take their HGV tests.

Supermarkets and fast-food restaurants are experiencing food shortages due to problems with supply.

Last week, it was reported that McDonald's had run out of milkshakes and some bottled drinks at restaurants across England, Scotland and Wales.

"As reported, a number of issues are impacting retailers in the UK at the moment, one of which is the nationwide shortage of HGV drivers," McDonald's said in a statement.

Nando's also had to close some outlets and limit their menu in others due to difficulties sourcing chicken.

What is the UK government doing?

The British government has announced the military is on standby in case they are needed to help ease pressure on petrol stations.

They are also offering 5,000 temporary visas to foreign drivers starting in October and 5,500 visas for poultry workers in the lead up to Christmas.

The government also plans to get more drivers on the roads by making up to 50,000 more HGV driving tests available each year and shortening the application and testing process.

In the meantime, the increased demand for petrol is expected to reduce once panic buying eventually settles down.