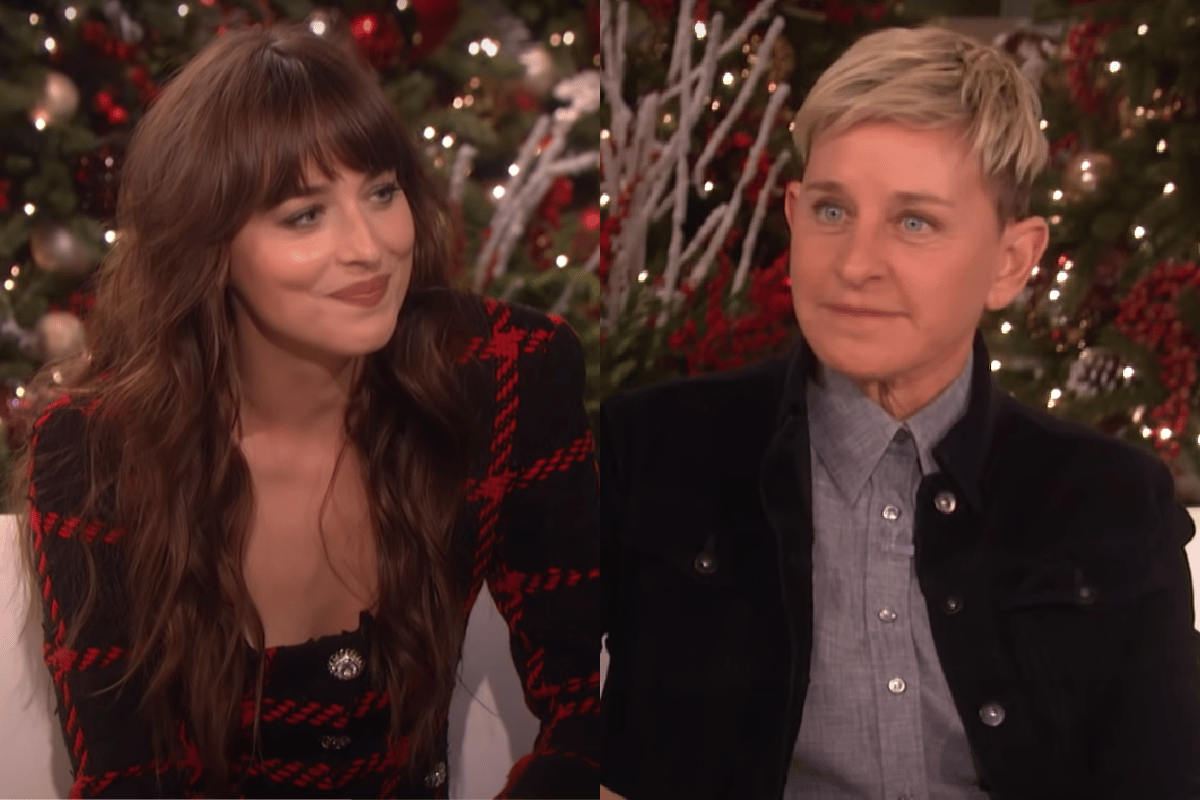 In an interview with The Hollywood Reporter, the 63-year-old shared that hosting The Ellen DeGeneres Show was no longer a challenge.

"When you’re a creative person, you constantly need to be challenged – and as great as this show is, and as fun as it is, it’s just not a challenge anymore," she said. "I need something new to challenge me."

On Thursday, DeGeneres told viewers that her talk show will come to a close next year.

"I want you to know I thought about this decision for a long time. I meditated on it, I talked to Portia, I talked to myself," she said.

"The point is, I need to take a break from talking," she added, jokingly.

"Two years ago, I signed a deal for three more years, and I always knew in my heart that season 19 would be my last. I always trust my instincts, and my instincts told me it’s time."

The 63-year-old is set to sit down with Oprah Winfrey to discuss the news on Friday's episode of the talk show.

But until then, we decided to take a trip down memory lane to remember the most awkward moments from The Ellen DeGeneres Show.

In November 2019, Johnson called DeGeneres out for lying about a birthday party invite on the show. And since then, the internet hasn't forgotten about the infamous moment.

dakota johnson has done more for society by ending ellen degeneres than most of your faves have in their careers and it shows
pic.twitter.com/KVslhRUfi0

During the interview, DeGeneres jokingly questioned why she hadn’t been invited to the actor's birthday party.

"Actually, no, that’s not the truth, Ellen, you were invited," Johnson said.

"Last time I was on the show, last year, you gave me a bunch of s**t about not inviting you, but I didn’t even know you wanted to be invited," she continued.

A back and forth followed, as DeGeneres kept pushing that she hadn't been invited to the party.

But eventually, DeGeneres' crew confirmed the invite, prompting the host to claim that she was "out of town" on the day of the party.

"Oh yeah, I had that thing. [The party] was probably in Malibu, that’s too far for me to go to," she said.

The moment Ellen DeGeneres forgot that Katy Perry was married.

Despite once doing a whole segment on The Ellen DeGeneres Show about Katy Perry and Russell Brand's marriage, Ellen DeGeneres once completely forgot that the pair were once married.

During one interview, DeGeneres invited Perry to play a game of 'Will You Perry Me?', which involved the singer choosing from a list of potential suitors. 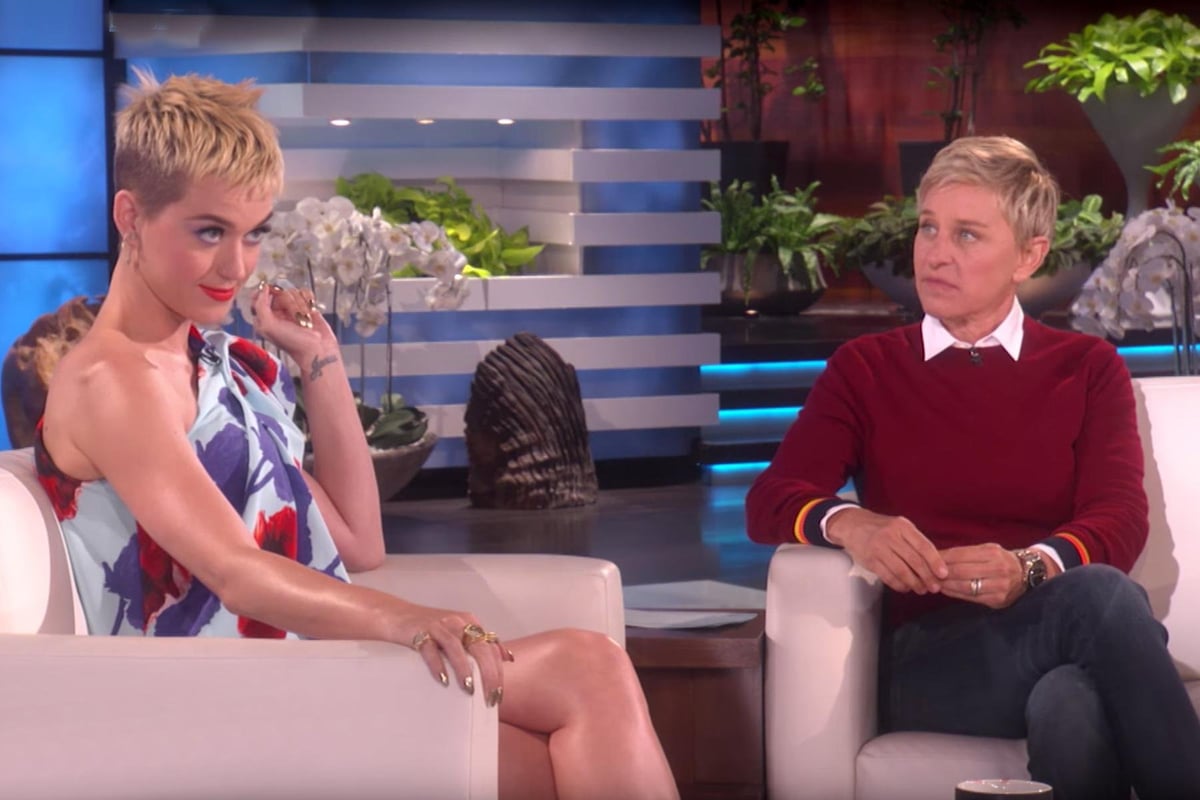 "You were not married," DeGeneres responded.

"Were you?" DeGeneres asked.

"His name was Russell Brand," Perry whispered, before DeGeneres admitted that she "forgot about Russell".

In an infamous interview with Taylor Swift in 2013, host Ellen DeGeneres continually asked the singer about her love life, including questioning her about Zac Efron, who she was rumoured to be dating.

"You were here with your boyfriend Zac Efron last time, how's he doing?" DeGeneres asked. 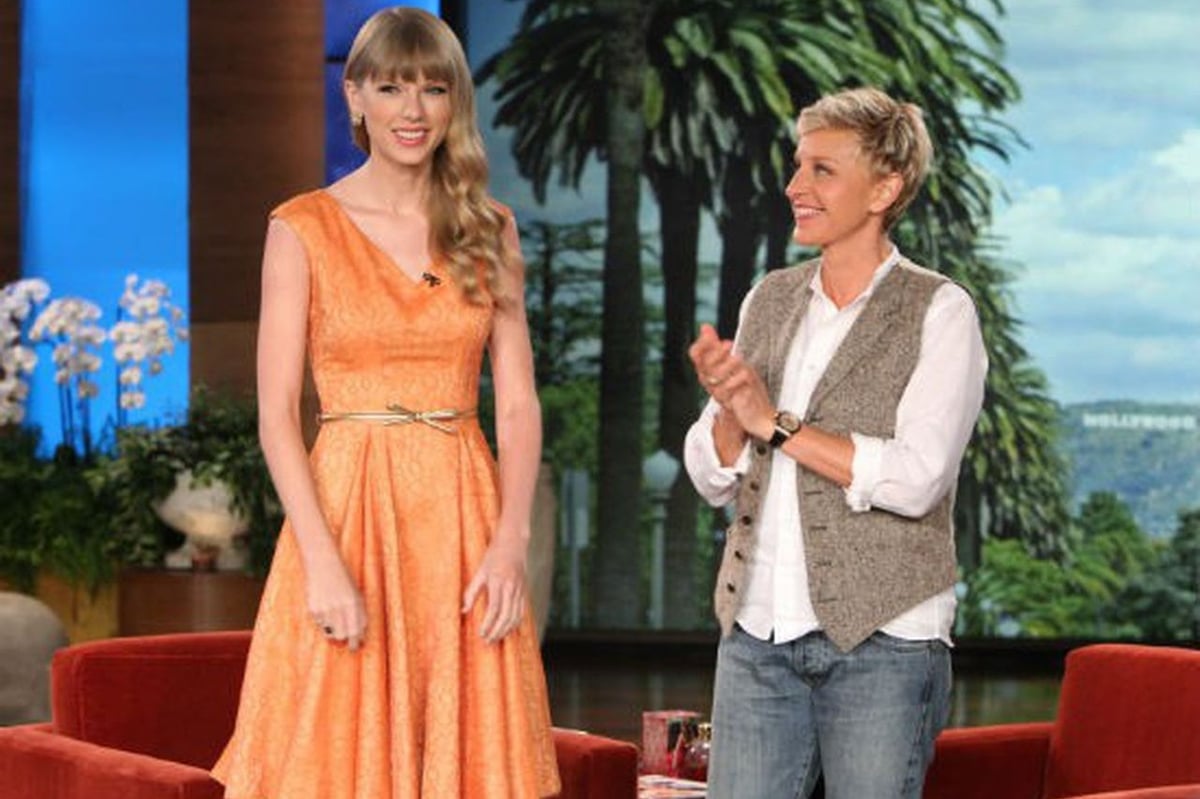 After the pair continued to debate over the matter, DeGeneres presented a clearly uncomfortable Swift with a slideshow of men that she had been linked to in the tabloids, and asked her to ring a bell when she saw a man that she dated.

"What do you mean the one shred of dignity? You have no dignity," DeGeneres responded.

"Stop it, stop it, stop! This makes me feel so bad about myself. Every time I come here, you put a different dude up there on the screen," she said.

The viewer who was put in "Ellen Jail".

Over the years, Ellen DeGeneres has become well known for interacting with her audience.

But on one occasion, the host took things a little too far.

When guests were offered free merchandise prior to the show, producers set up cameras to check whether audience members were adhering to the 'one per person' rule.

But when one guest was spotted sneaking several items from the free table, she was confronted by DeGeneres live on air and forced to sit in a metal chair in "Ellen Jail" away from the rest of the audience.

In 2015, Justin Bieber appeared on The Ellen DeGeneres Show. However, things soon turned awkward when DeGeneres displayed a censored nude paparazzi photo of Bieber on the screen behind her.

"How did you not see that there were paparazzi there?" DeGeneres asked.

"I just didn’t see them," Bieber admitted. "I think I wasn’t really looking out for them either."

The talk show host then began to question the singer about a woman seen in the background of the photo.

"So, there’s a young woman in the background you can see in the bed. Is that your girlfriend?" she asked.

"No, it’s not," he responded. "Why are you putting me on the spot like this?"

"I have friends, I’ve never seen them naked like that," DeGeneres joked, as Bieber covered his face. 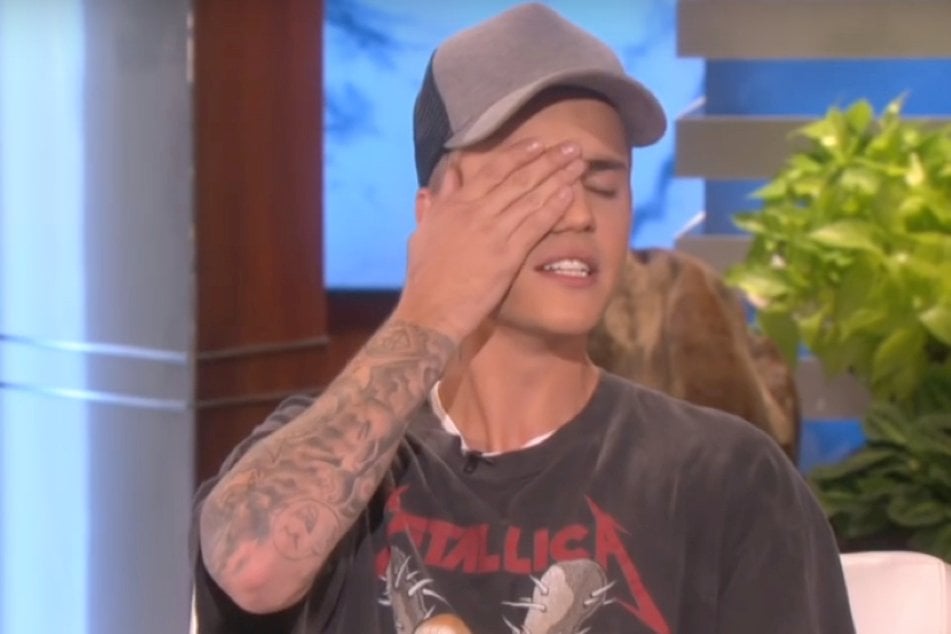 In 2008, amid speculation that she was expecting a baby, Mariah Carey appeared on the talk show.

In an attempt to get Carey to admit the news, DeGeneres presented the singer with champagne so that they could share a toast.

When Carey simply pretended to take a sip of the alcohol, DeGeneres said: "You are pregnant!"

Years later, Carey admitted that she wasn't tell anyone about the pregnancy news as she had suffered a miscarriage.

"I was extremely uncomfortable with that moment is all I can say. And I really have had a hard time grappling with the aftermath," Carey told Vulture last year.

"I wasn’t ready to tell anyone because I had had a miscarriage," she added.

"I don’t want to throw anyone that’s already being thrown under any proverbial bus, but I didn’t enjoy that moment."