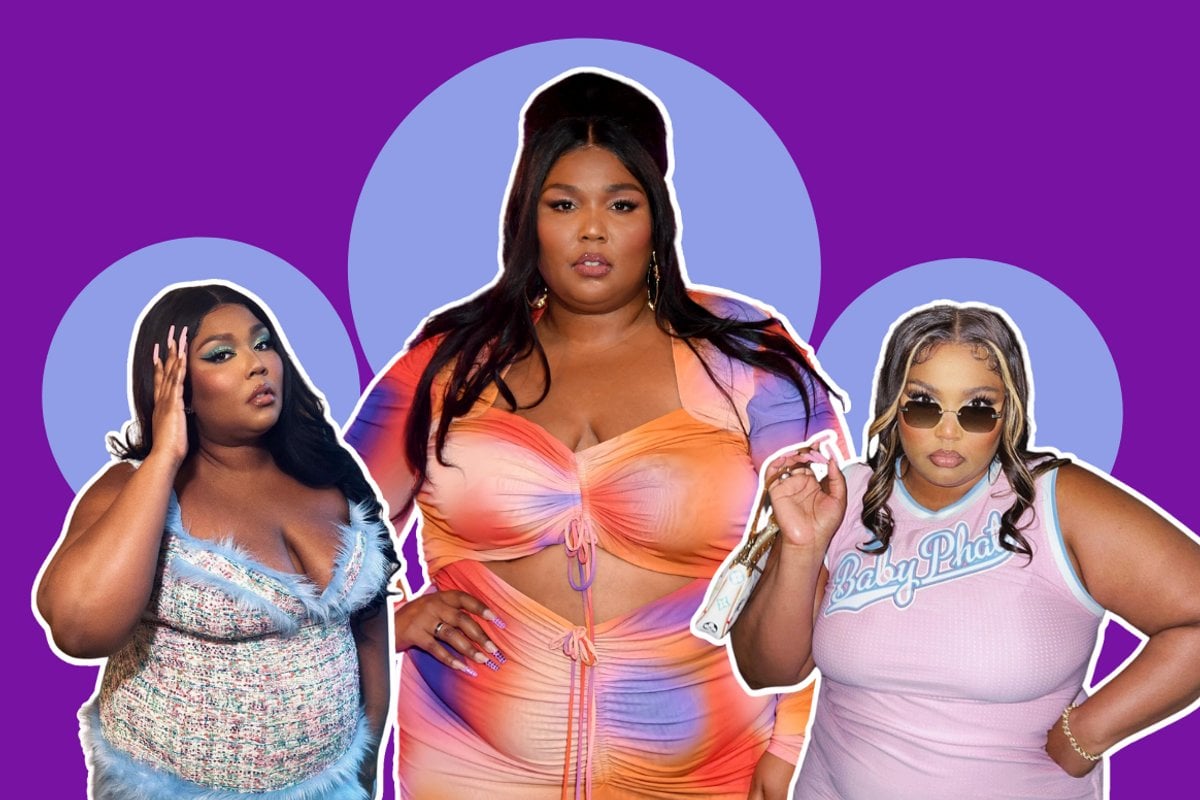 Lizzo is one of the world's most recognised female artists. She has three Grammy awards under her belt, a chart-topping album and her own reality TV show.

Which is why it might be a surprise to hear that Lizzo's success almost didn't happen at all.

And while her entire road to stardom may have been a labour of love and tireless effort, it was also filled with a tremendous amount of self-doubt and tough life lessons.

Here's everything we know about the evolution of Lizzo, from her start in life to where she is now.

Before she was the Lizzo, she was better known by her given name: Melissa Jefferson.

Growing up in Houston, Texas, Lizzo had become a prodigy in playing the flute after picking it up during her fifth-grade band class. By the eighth grade, she was part of the marching band and in high school, she began to train one-on-one with the principal flautist for the Houston Ballet.

Her 'natural' gift, she admits, stems from being an overachiever during her school years.

"When I was little, my mum would always say I was 'doing the most,'" she told V Magazine. "I would do every class, every elective, every after-school activity.

"And I would just go until I passed out. I was really ambitious, really smart. Teachers would call my mum and be like, 'Melissa is trying to teach my class'."

She went on to major in music at the University of Houston on scholarship and played the piccolo for the Cougar Marching Band.

"I was just so good at flute," she previously explained to Rolling Stone. "[I thought], 'this is it for me. I’m going to college for this s**t'. I knew back then."

However, at 21-years-old, tragedy struck. In her second year of study, her father died.

"I didn’t have a purpose, like I didn’t feel like I had a purpose for being a musician or anything," she told CBS.

Lizzo not only had lost her father, but was also forced into homelessness after dropping out of university and losing her dorm room. During the lowest period of her life, she slept in her car and snuck into the local gym to take showers.

"I was sad and disappointed in myself, because I’d always been so advanced in school, the golden child," Lizzo explained to Texas Music Magazine. "So when I wasn’t successful, I was like, 'Who am I?' I thought my life was going to be something else, and it wasn’t happening."

Then there was a tiny glimmer of hope in the form of a Craigslist ad searching for a lead vocalist.

She took a chance, tried out for the role, and got the job.

While the band would split up in 2011, Lizzo's career was only just beginning.

She moved to Minneapolis in 2011, and got her big break from singer Prince, who "co-signed" her music and even got to perform on his 2014 song, 'Boy Trouble'.

"Prince was the first person to really make me feel validated as an artist when I heard that track," the singer told NPR. "And I got paid! My first big check ever."

In 2017, Lizzo released one of her biggest tracks to date, 'Truth Hurts', which was the first single from her 2019 album, Cuz I Love You.

However, at the time of its release, the artist contemplated walking away from the music scene altogether.

"I just felt like I was throwing music into the world and not even making a splash," she told Elle. "A tree was falling in the forest and not making a sound, you know? I was crying in my room all day."

A month after releasing the album in May, it peaked at the No. 1 spot on the Billboard Chart.

"I just made the decision to keep going as an artist," the rapper went on to explain. "And I’m so grateful I did, but it was by the skin of my teeth."

In 2019, she shared a reflective tweet showing her growth over 10 years.

"Anything can happen in a decade. Tomorrow is the beginning of ur Anything." 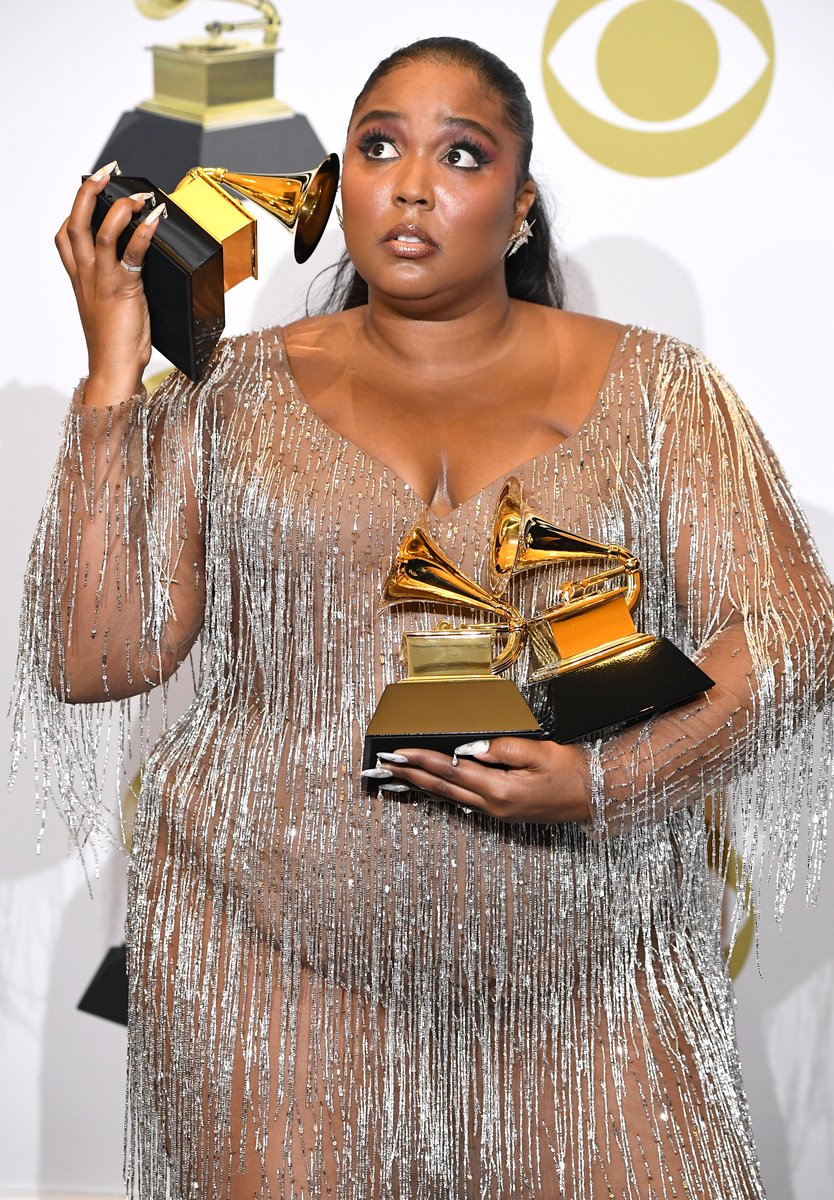 Despite the dizzying heights of success Lizzo has reached - especially in the year 2022 - the artist admits she "mourns" aspects of her old life.

"The intimacy of autonomy.. you lose that," she explained earlier this month on The Angie Martinez Show. "I don't think people even realise it because everyone has it. So I think losing that.. there were little things like when we would go on tour, we would be in different cities and my and my friends or my glam team and the dancers would go try different restaurants.

"And it would be like 'Ok let's just walk down here' and it's like 'Ok cool meet you in the lobby in 15'. I couldn't do that anymore because first I had to tell security and then security had to call a car and then we had to call the restaurant in advance and make special reservations and it was like two hours of our time and I was like 'Just go without me y'all'. It's like I'm a burden to my friends."

In March 2022, Lizzo's reality show Watch Out For The Big Grrrls premiered on Amazon. The program follows her on her inclusive search for non-traditional tour backup dancers.

In April, the rapper and singer also made her SNL hosting debut after the announcement of another album.

It appears fans can get their hands on Special from July 15. 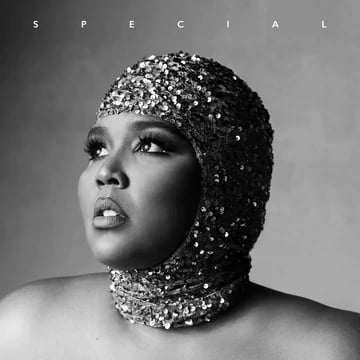 She told Billboard this was her most "daring" album yet.

"It’s one of the most musically bada**, daring and sophisticated bodies of work I’ve done to date," she shared. "And I hope that it is some of the most useful pieces of music to ever exist. All I want to do is help people through my music."

As for where Lizzo is heading? It appears only up.

"I think that I will never be the kind of artist that’s like, 'This album is about a story I wrote; it’s not real,'" she explained of the new album.

"I am not done. I’m still pushing out the hits, baby."