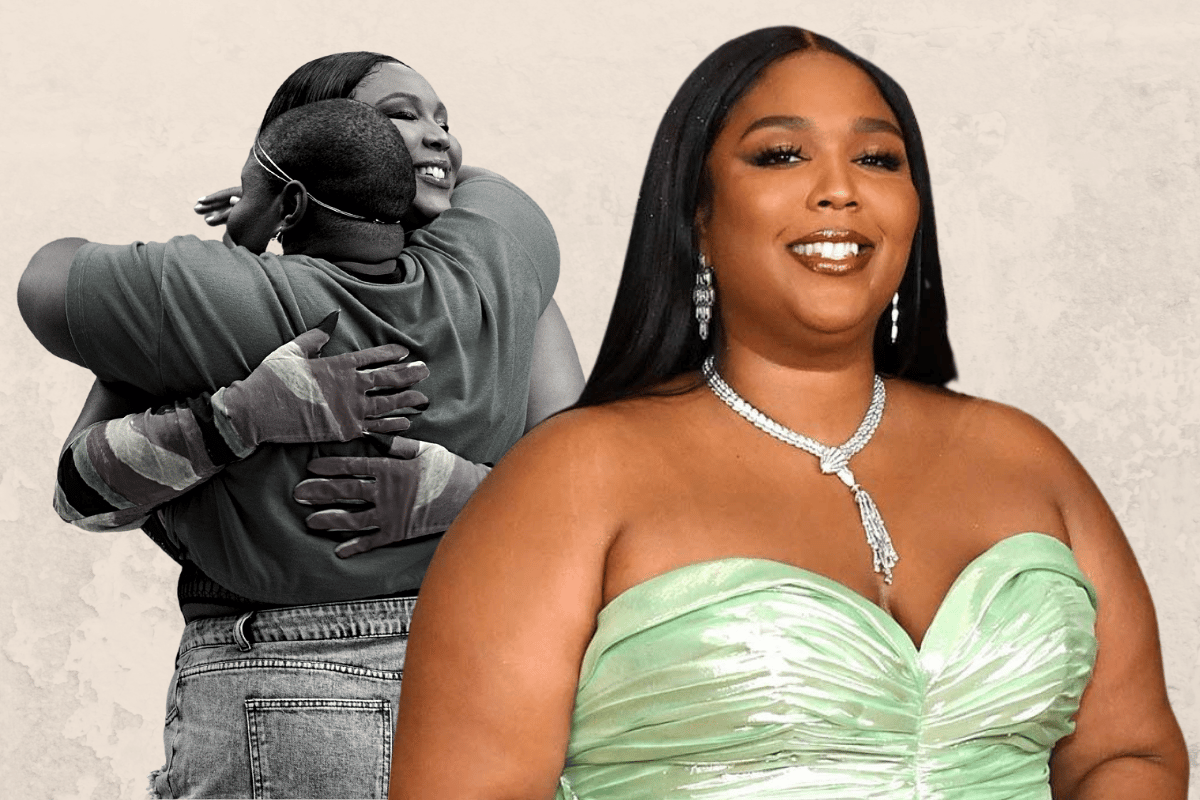 In the opening moments of her new TV show, Lizzo shares an uncomfortable truth.

The multiple Grammy Award winner, whose real name is Melissa Jefferson, introduces herself as "100% that b*tch" and then proceeds to look directly into the camera as she shares the one troubling comment that inevitably falls out of people's mouths after they watch her perform.

"When I hit the stage, I HIT the stage," Lizzo says with her trademark sass and warmth. "And we hit them with the best big girl dances in America, and we make the crowd go crazy.

"And still, we get hit with that judgmental bullsh*t," she continues. "Time and time again I'll play a show and people come up to me and say 'oh, I don't know how you did that! I'm tired just looking at you'.

"What do you mean you're tired just looking at me, you'd never say that to Beyonce!" she concludes.

It's a tale as old as time, but unfortunately, also a troubling stereotype that comes as a consequence of living in a world where only one type of body is plastered across magazine covers and celebrated on global stages.

For as long as Lizzo has been in the public eye, she's had to answer just as many questions about her body as she has about her music.

Take a look at the trailer for Lizzo’s Watch Out for the Big Grrrls. Post continues below.

Questions like how she can possibly perform such a high-energy show night after night in a plus-size body? How can she confidently walk a red carpet in a form-fitting outfit or push back against the never-ending pressure to mould her body into a different shape, in order to move higher up the publicity ladder?

But just like every other question that exists in the intersection between body image and fame, there is no easy answer. And so Lizzo has pushed forward with her career, clawing her way toward the upper echelons of the music industry, all while having to answer the never-ending questions that come with often being the only one with her body type in the spotlight.

Which is one of the reasons why, on her way to the top, she has chosen to yank other women up onto the stage with her.

Other women who also live in plus-size bodies, who would normally be shut out of every facet of the entertainment industry, due to our value of size over talent, unless someone else was able to crack a door open for them.

Which is where the new unscripted series Lizzo’s Watch Out for the Big Grrrls comes in.

The eight-episode Amazon Original Series follows Lizzo on her hunt for "confident, bad-ass women" to join the elite ranks of the Big Grrrls (Lizzo's backup dancers, a troupe made up of plus-size performers) and her world tour.

In the series, 10 women move into the Big Grrrls House where they are tasked with taking on a series of auditions, challenges, and dance battles to prove they have what it takes to join Lizzo center stage.

One of the true highlights of the show is spending time with Lizzo herself, also an executive producer on the series, who brings her trademark charisma, warmth, and no-nonsense attitude to the role of host.

Until now, we've only been served up appetiser-sized portions of Lizzo via Instagram videos, concert clips, and carefully curated magazine spreads, but her role in this series is a feast for fans who can now truly spend time in her presence. Along with seeing another side to the businesswoman who has carefully created her own empire. 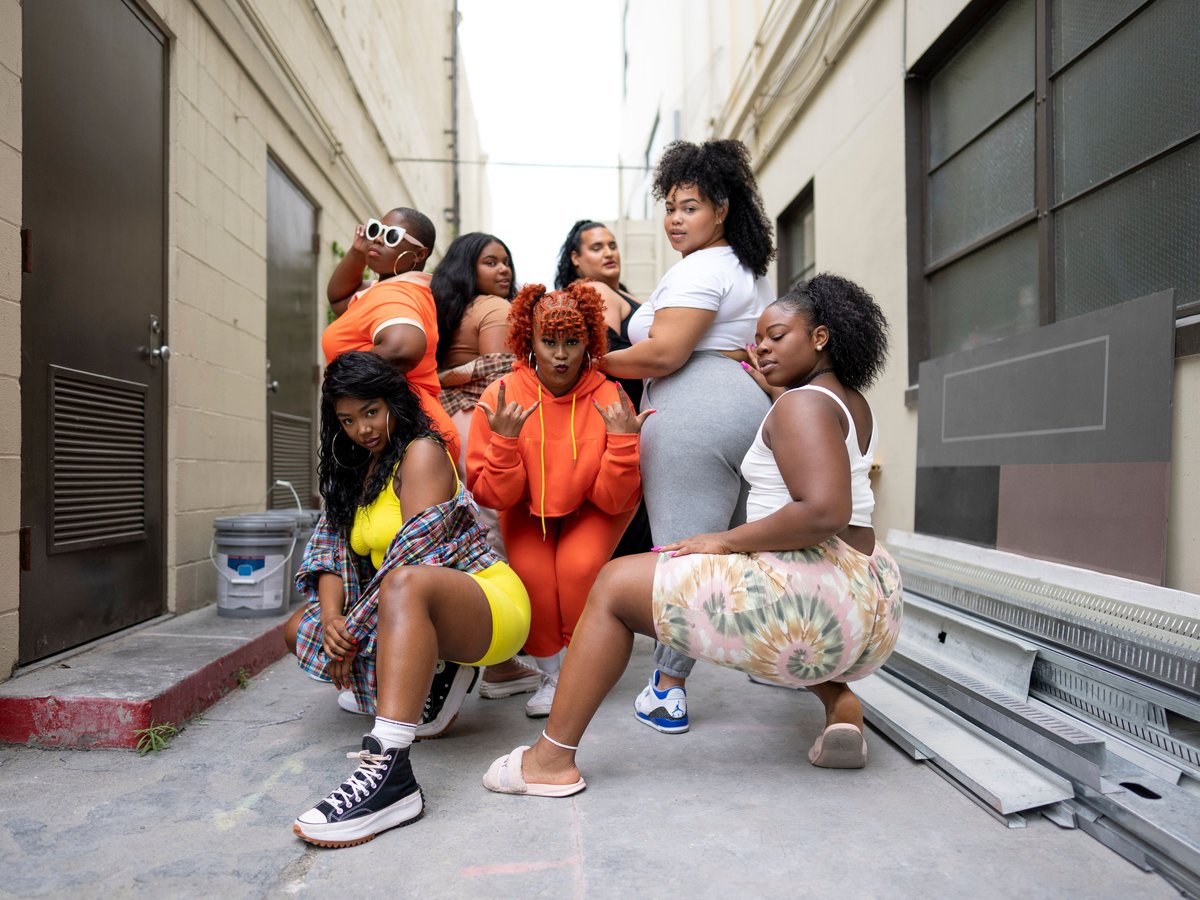 10 women move into the Big Grrrls House where they are tasked with taking on a series of auditions, challenges, and dance battles to prove they have what it takes to join Lizzo center stage. Image: Amazon Prime Video

And yet the true magic of Lizzo’s Watch Out for the Big Grrrls comes from the contestants themselves, watching them not only meet their idol but also appear and perform on a show that allows them to truly take center stage for the first time.

There's a moment in the series, during the first episode, where I found myself holding my breath. Which I realise now was the result of taking in an image I'd never before seen flash across any screen.

A group of strong, animated women, all in plus-size bodies, appearing on-screen all at the same time. Performing, throwing out dance moves that would impress a Broadway scout, and even just talking about their lives and careers in a way that didn't just reduce them to dress size tag.

In a way, it seems reductive to reduce a perfectly watchable reality series down to a conversation about size exclusivity, but at the same time, the path to the show being created in the first place is paved with conversations just like this.

The entertainment industry is moving (albeit at a glacial pace) towards being a place where diversity is the standard, not just an added bonus, but in these conversations, size diversity appears to have been left off the list.

After all, when is the last time you sat down to watch a TV series with plus-size actors in the leads? Or settled down in a movie theatre to watch a story about a plus-size person who wasn't the butt of the joke? Or saw someone who was not conventionally-sized on an album cover? 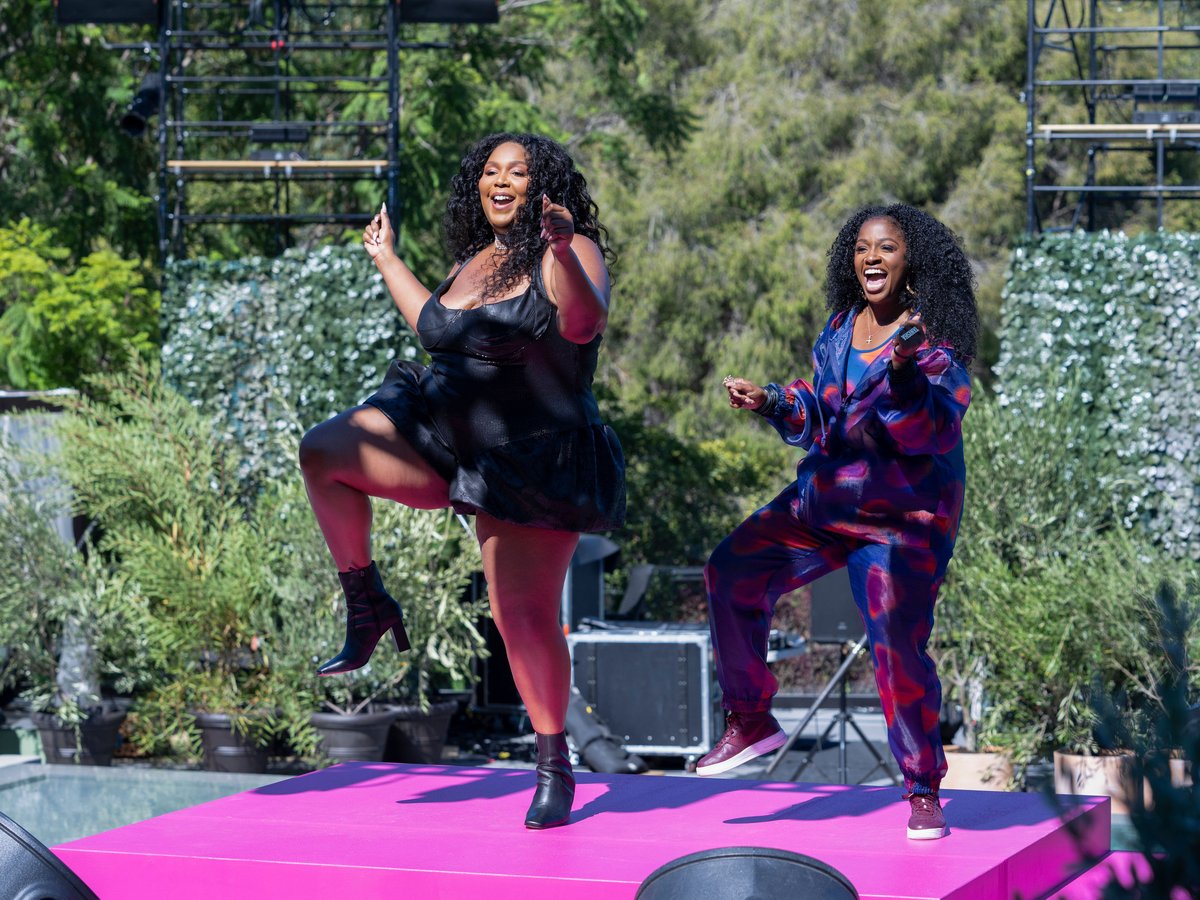 One of the true highlights of the show is spending time with Lizzo herself, who brings her trademark charisma, warmth, and no-nonsense attitude to the role of host. Image: Amazon Prime Video.

When Lizzo first started gaining international traction with her music career, she told her choreographer Jemel McWilliams that she wanted to cast curvy dancers in her performances.

Yet when they held their first casting call, the top agencies who sent talent along only had the smallest handful of dancers who could be considered plus-size on offer, and who were all still considered smaller than the average-sized American woman.

It was a situation that left Lizzo feeling utterly defeated, and so she put out a post on Instagram announcing her own open call. Opening the door for groups of talented women who had never even thought of walking into an agency or pursuing this type of career move.

This is the sentiment that plays out in Lizzo’s Watch Out for the Big Grrrls. It's like watching much-needed change happen in real-time, from an artist who has taken action against an archaic industry.

As a TV show, it's also entertaining as hell.

Lizzo’s Watch Out for the Big Grrrls premieres Friday, March 25, on Prime Video.