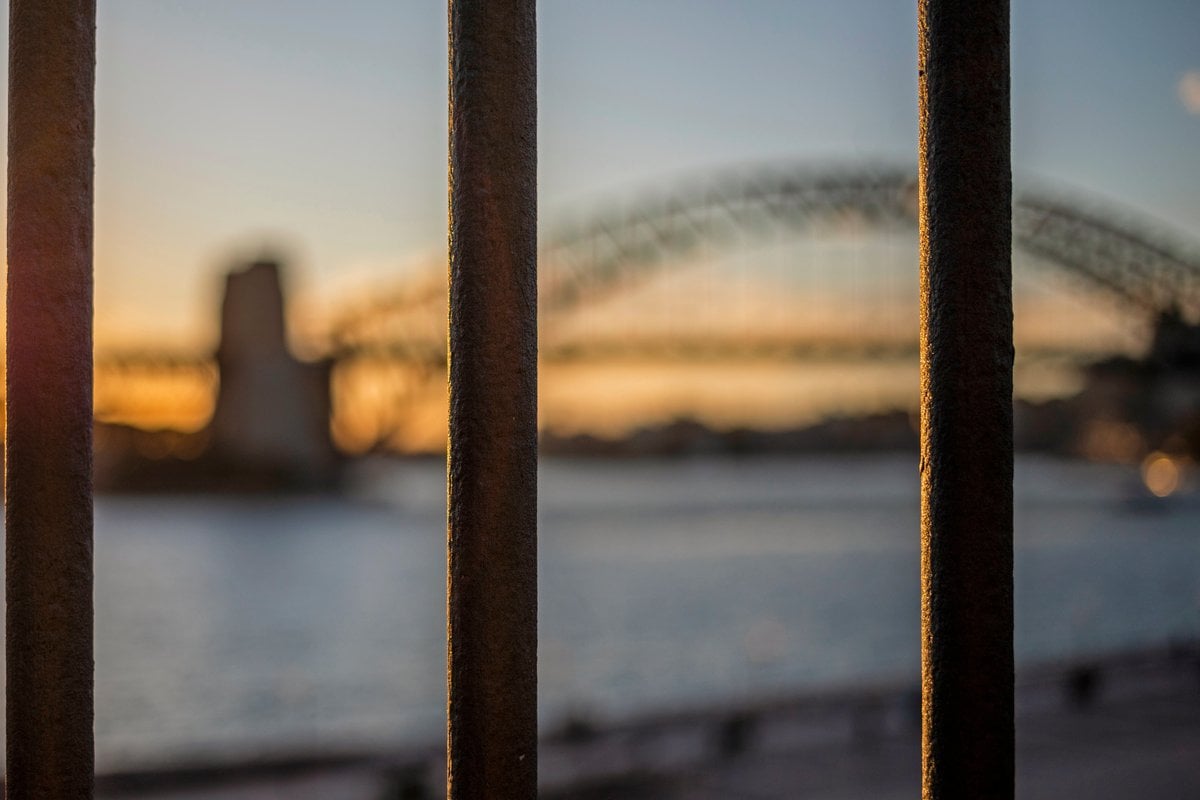 In the late hours of Monday night, a foreign fleet of ships arrived quietly in Sydney harbour.

But concerns are growing now that an entourage of foreigners, many armed, are aggressively disembarking the ships - ostensibly with no identification, no visas and no passports.

Early this morning, one man erected a strange flag in the ground. In a language the residents did not understand, he is believed to have declared ownership of all seven million square kilometres of Australia, giving it a new name.

Confusion has arisen in the community, as the land they've discovered already has a name.

Some residents stood by the shoreline and yelled at the incoming ships to turn around, frightened of what they might bring with them.

A local man told reporters: "It felt like they were looking straight through me... The flag has been erected in the local park. That belongs to all of us. It'd be like if a stranger walked into my house and started unpacking his suitcase. Mate, have you not noticed the pictures hanging on the walls? The food in the fridge? The kids' toys on the floor?"

Indeed, the foreigners don't seem fazed by the people walking their dogs along the water. The architecture. The churches and the statues and the music and the street signs and the libraries and the restaurants and the schools and the museums.

Because the land they've arrived on, they say, belongs to no one.

The truth about what else arrived on those ships

Speaking to Mamamia, biosecurity experts have expressed concern about what potential viruses these foreign invaders could spread.

"While our population has developed immunity to some common illnesses, others could pose a serious threat," one expert said.

"I mean, look at what's happened with COVID. Those ships would definitely possess at least three other deadly viruses that would ravage our community. If these people seriously invade our country, we'd lose half the Sydney population in a year."

Reports have surfaced that the foreigners see no difference between "shooting [Australian] natives" and "shooting a wild dog".

The arrivals are expected to multiply, needing more and more space for them to live, work and farm comfortably. They say that anyone seen to be protecting their homes or families could be killed, with weapons far bigger and more powerful than those we are able to access.

They are currently planning on going suburb by suburb, forcibly removing people from their homes, with any dissent met with violence.

It has come to light that the vast majority of those on the ships were criminals in their place of origin.

Their punishment was to start a society on this new colony.

A local woman told Mamamia: "I'm a very accepting person, but I don't want a convicted criminal currently serving their sentence living on my street when I have three children under 10. That just doesn't make me feel safe."

Documents obtained by Mamamia show that the arrivals plan to remove sacred sites and buildings of cultural significance, to make way for their new infrastructure.

The Harbour Bridge, the Sydney Opera House, St Mary's Cathedral, Queen Victoria Market in Melbourne, the Big Banana and Wet N' Wild are all set to be demolished.

Most of our beaches will be destroyed, with the newcomers trying an experimental technology to provide electricity for their inhabitants. While we don't have all the details, the first step will be pouring concrete into surrounding oceans, and depositing oil into our lakes.

Under this regime, Australian citizens will not be able to vote, hold office, or have any say in the 'democratic' process.

Birth, death and marriage certificates have been destroyed, with all occupants given a new form.

It simply asks that one elect whether they'd prefer to be considered 'flora' (a plant) or 'fauna' (an animal).

A translator for the newcomers said they had found "no written evidence that the natives [were] human beings".

A local man was heard at the press conference muttering: "Didn't realise we needed to write that down..."

What will they do with our children?

A primary concern today, with our customs, way of life, culture, land and institutions upended, is: What future awaits our children?

An anthropologist who has studied the values of the foreigners' society says the answer is simple.

"Children are seen as malleable by this new regime.

"They will likely forcibly remove children, and by that I mean steal them from their parents, and raise the children in a way more consistent with their own culture."

"If a child is removed at, say, four, they will never see their birth parents again. It means they can be assimilated into this foreign culture, and in a few generations, the hope is there will be little memory of what stands today.

"Few things can be more traumatic for a person or a culture. The devastation will be incalculable."

Ships did not arrive in Sydney harbour today.

The Opera House still stands. Homes are under no immediate threat. Children are safe.

But this is a news story.

And the victims were the First Nations people who stood in Sydney harbour then. But it wasn't Sydney harbour. It was the Eora nation.

Each year, on January 26, we celebrate the day a group of foreigners put their flag in soil belonging to the oldest culture on earth, and said this land belonged to no one.

If it were your landmarks, your children, your language, your home and your history that had been destroyed, would you be joining the party?

Mamamia only refers to January 26 by its date, to acknowledge that it is not a day of celebration for all Australians. If you want to be an ally this January 26, we urge you to sign this letter to your MP about the Uluru Statement from the Heart, which calls for constitutional change and structural reform that recognises the sacred, ancient spiritual link Aboriginal and Torres Strait Islander people have to their land.

Reply
Upvote
Love it
L
littleblackdress a year ago