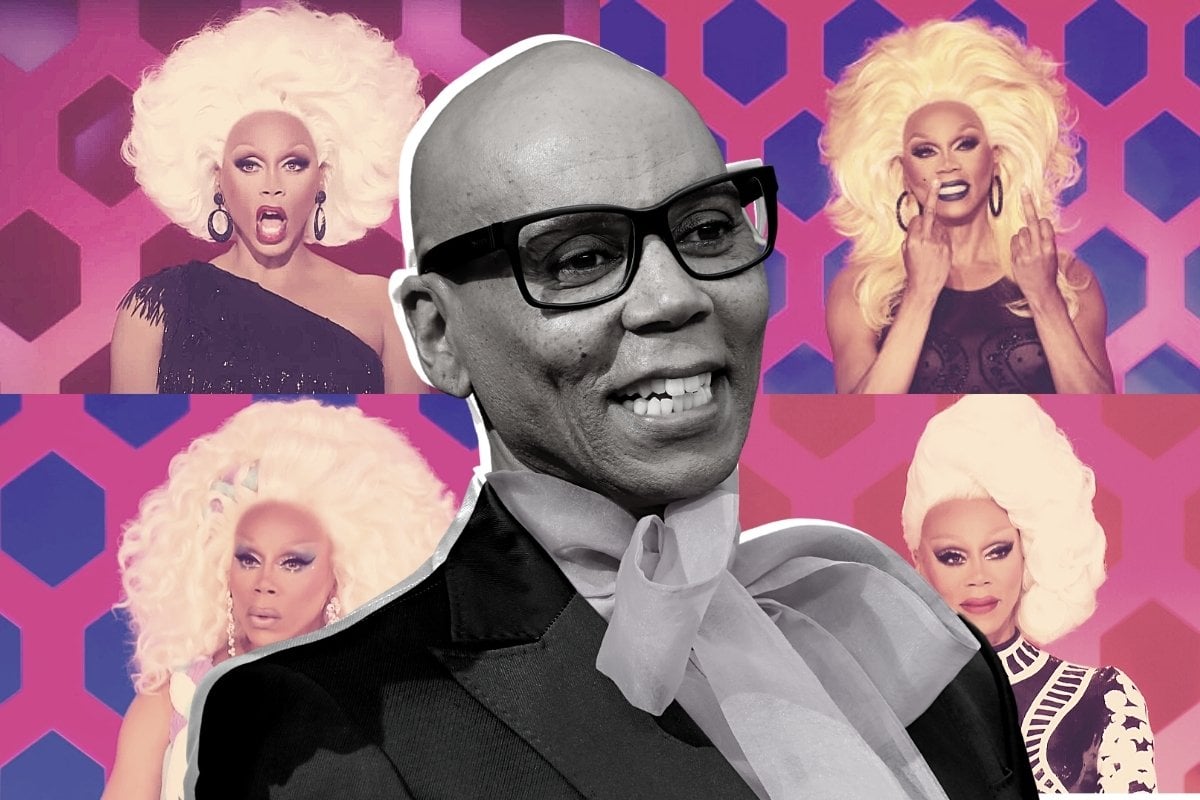 The first time the world glimpsed RuPaul Charles, he was reclining over the bonnet of a New York taxi in a platinum blond bouffant wig, posing for a mock fashion photoshoot.

It was the 1992 film clip for his breakthrough song, 'Supermodel'; a giant wink (through false lashes, of course) at our pervading obsession with that titular breed of fashion icon.

While we fawned over the likes of Linda Evangelista, Naomi Campbell and Cindy Crawford, there was a 1.93m man in heels and a cinched-in waist doing the very same thing that earned them millions.

This charade-busting camp performance proved to be star-making for RuPaul.

Nearly three decades on, he's not only the world's most famous drag queen, but he's also one of the most influential people in entertainment, and the creator of the most Emmy-awarded reality television series of all time, RuPaul's Drag Race.

He's a phenomenon as unlikely as they come. 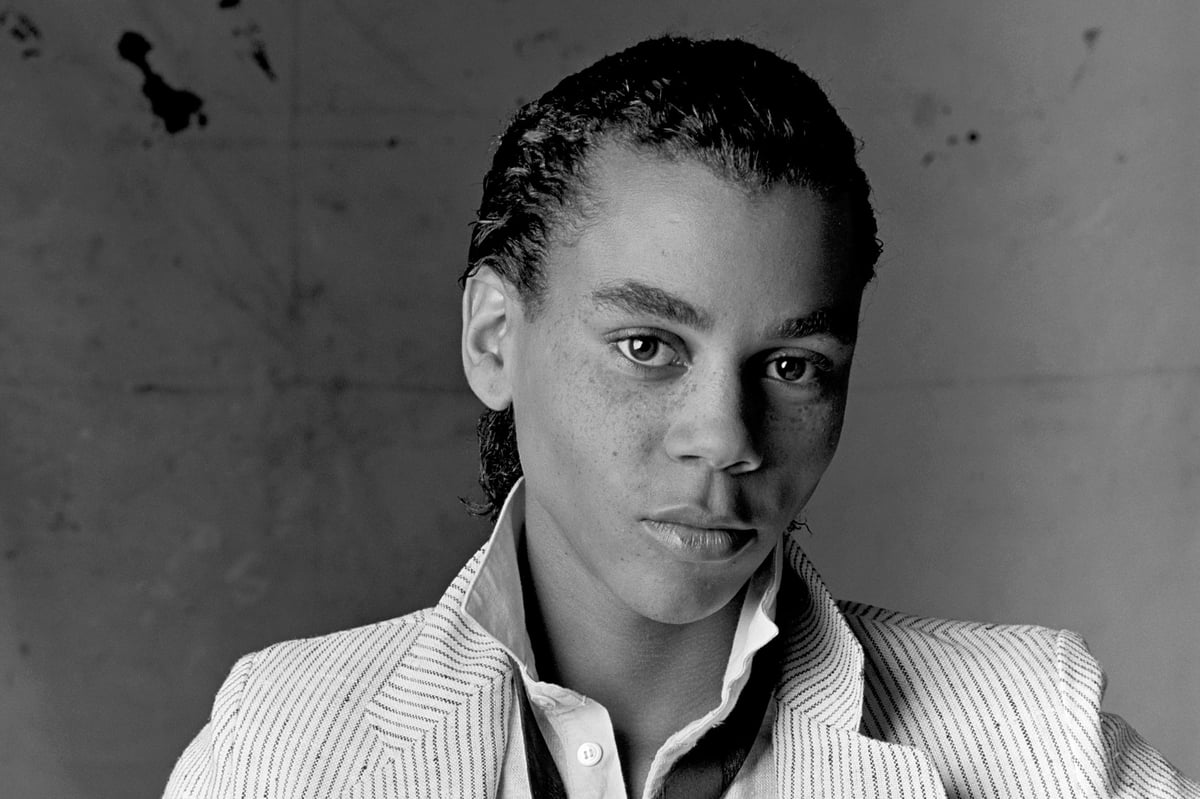 When RuPaul Andre Charles was born in San Diego, California, in 1960, his mother, Ernestine, invented a name for him that felt worthy of being in lights. The reason is one of the most-cited chapters of the RuPaul origin story.

When Ernestine was pregnant with him, a psychic told her she was having a boy, a boy who would be famous.

The roots of that fame were embedded in RuPaul's childhood.

In his early understanding of his uniqueness.

In his discomfort with the limitations of gender.

"Looking back, it actually is something that I had to work through and that has made me stronger," he said. "And I have a lot of my personality packed into that one event in my life, and it's a constant source of hurt, but also of renewal and of really having the perspective now to see that it was, yes, it was his loss more than anything, because he could not see the beauty that was there and the love that was there."

Marijuana became a coping mechanism at age 11, and a few years later so did performing ("the first half of my career was really about getting my father's attention," he once said).

At 15, RuPaul moved to Atlanta with his sister to study performing arts, he began gigging and dancing for the band Now Explosion. Then, it was on to Manhattan and the subversion of drag. 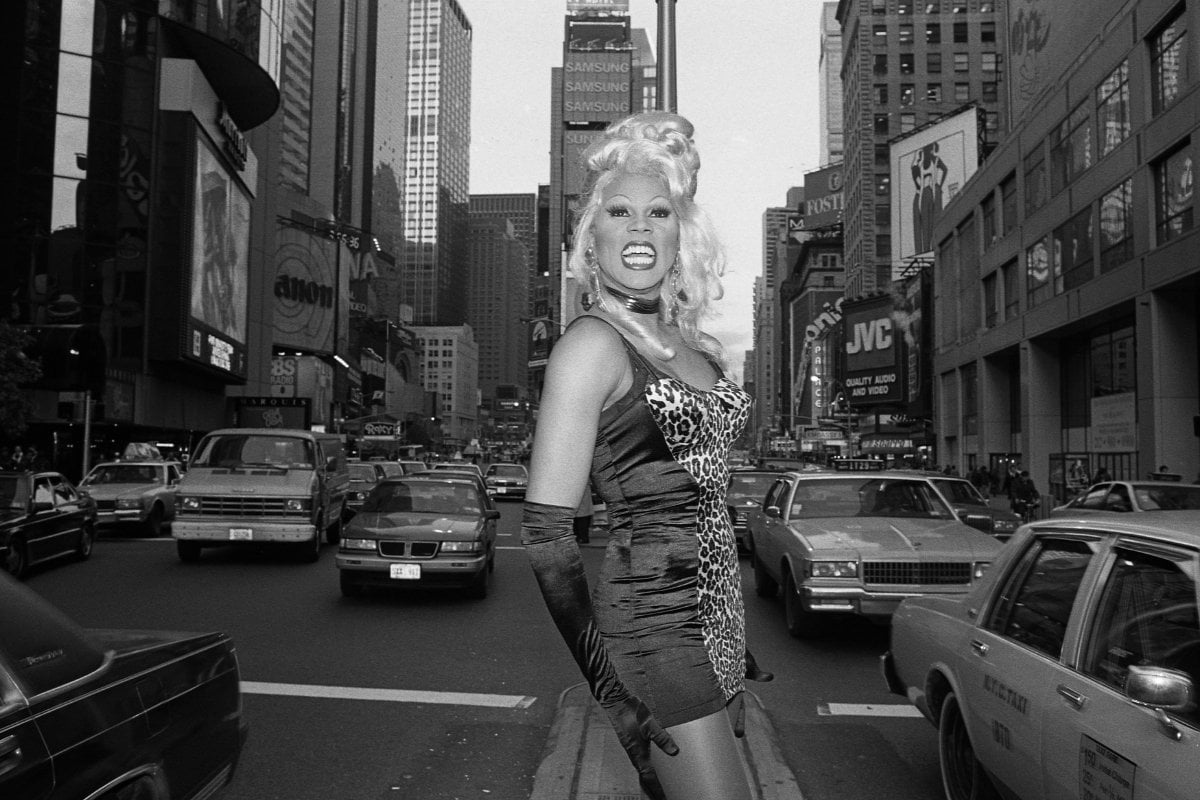 Though he started with a less-than-successful comedy-style of the art form, in his late 20s he "glammed out" and adopted the runway-ready, hyper-feminine, synthetic aesthetic the world saw in 'Supermodel (You Better Work)'.

That 'Monster', as he sometimes calls his female alter-ego, has brought him 13 studio albums, acting roles on television and in film, a star on the Hollywood Walk of Fame, and a cabinet full of awards from Billboard Music Awards to Emmys (he's personally won nine for his role as Drag Race's host, and the show has taken home another 10 in various categories).

But it also brought him a source of strength.

"You put the outfit on, and immediately people see you differently, they treat you differently. But I have that same power out of drag, which is monumental. It's huge, that concept," he said.

Helping other queens come to that realisation is just one of the many powers of RuPaul's Drag Race.

The show, which launched in the US in 2009, is a pastiche of the reality television formula, with challenges, a panel of judges, eliminations, and the obligatory contestant 'journey'. Only, in typical RuPaul style, there's depth behind all the sequins and ostrich feathers. 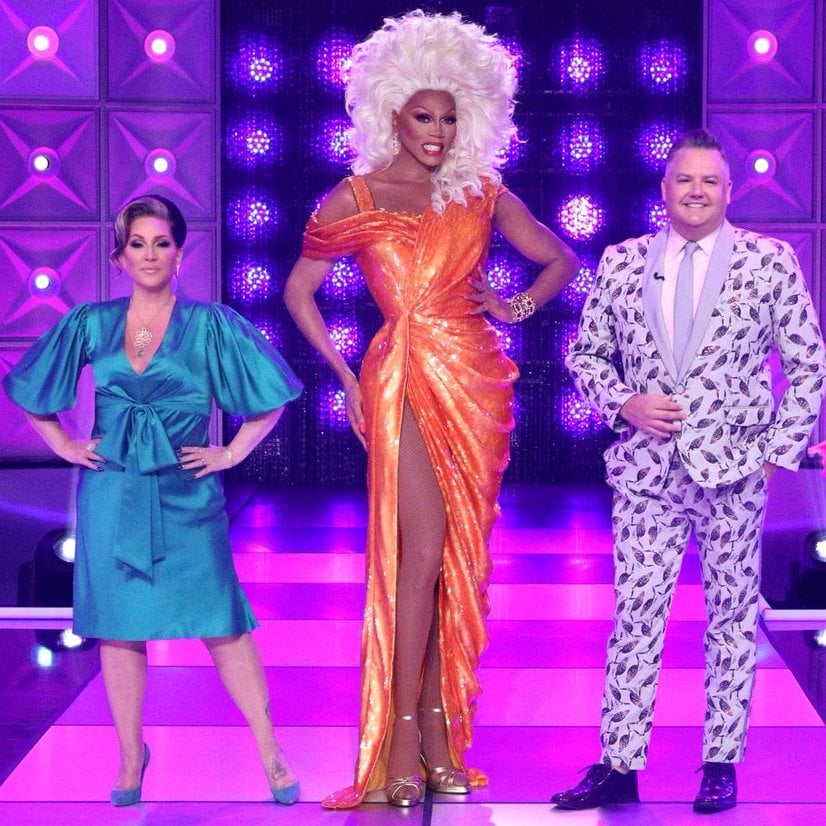 We hear the stories of queens raised in conservative households, those abandoned by parents and friends, beaten by strangers for walking outside in a wig. And stories of triumph and self-love discovered through rejection of the masculine ideal.

It's certainly more than flashy entertainment. Its very subject matter, its position on identity, means it's inherently political.

That position? His famous catchphrase: "we're all born naked, and the rest is drag."

"You could do whatever you want. That’s what us little boys who were maligned and who were ostracised figured out," RuPaul told The Guardian. "It’s a totem, a constant touchstone to say, ‘Don’t take any of this shit seriously.’ It’s a big f-you. So the idea of sticking to one identity – it’s like, 'I don’t care, I’m a shapeshifter, I’m going to fly around and use all the colours and not brand myself with just one.'"

Still, he and the show haven't always been as inclusive as one would hope.

The veteran entertainer came under fire in 2018 for saying he wouldn't include trans women in the show if they'd already transitioned, and the series previously featured the phrase "She Mail" to refer to RuPaul's correspondence with contestants.

These days, those anachronisms are gone, and RuPaul has vowed to select contestants on the show's most prized qualities alone: "charisma, uniqueness, nerve and talent".

Queens from Australia and New Zealand are due to join the franchise on May 1 with RuPaul's Drag Race Down Under, one of seven international versions of the show.

And they can likely expect big things to come of it.

Far from the flash-in-the-pan fame enjoyed by most reality contestants, graduates of Drag Race have established lucrative careers in entertainment, business and fashion. From YouTube series with millions of subscribers, to endorsement deals with the likes of MAC Cosmetics, and runway appearances for Marc Jacobs, Moschino and Savage X Fenty.

It's a long way from the dark smoky bars to which drag was once relegated. But despite being responsible for dragging (sorry) the artform onto television screens around the world, RuPaul insists it will never truly be mainstream.

"Because true drag has to do with seeing that this world is an illusion and that everything that you say you are and everything it says that you are on your driver’s license, it’s all an illusion," he once told Vanity Fair.

"I think most people have the ability to understand that but dare not go there."

RuPaul has built his career on harnessing that artifice, the kind that props up so much of our world and our identities. And in the process, he's tearing it right down. Piece by piece.

RuPaul's Drag Race Down Under premieres on Saturday May 1, only on Stan.

evie a month ago