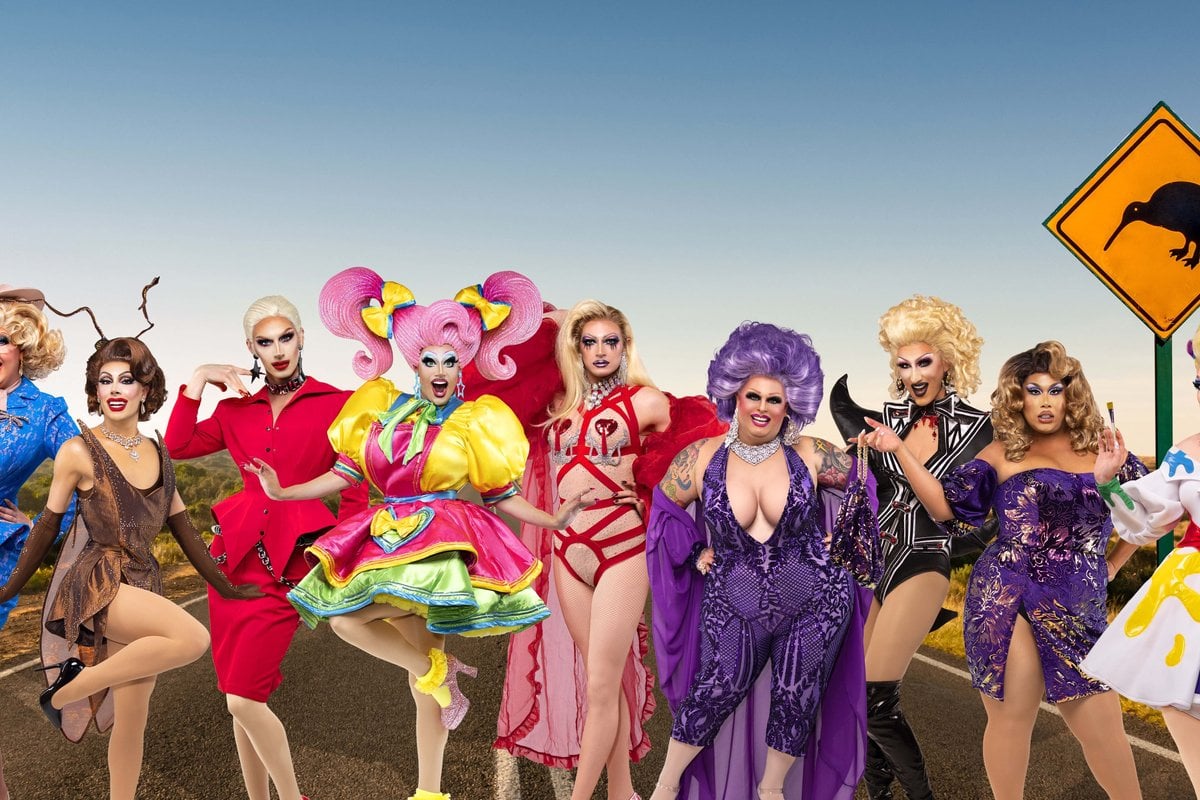 Gentleman, start your engines, and may the best woman win.

Stan, the home of RuPaul in Australia, have announced the Stan Original Series RuPaul’s Drag Race Down Under will be sashaying exclusively onto the streaming platform on May 1, 2021.

Yep, the very first season is only mere weeks away.

Watch the official trailer for Stan Original Series RuPaul's Drag Race Down Under below. Post continues after video.

Production on the highly anticipated new eight-part Stan Original Series kicked off in January, with the show set to be hosted by American drag queen, actor and television personality RuPaul, who has hosted and produced the beloved reality competition since 2009. Earning himself eight Primetime Emmy Awards.

Stan has also confirmed that Drag Race veteran Michelle Visage will be by RuPaul's side as a Drag Race Down Under judge. Aussie comedian Rhys Nicholson will also be joining the judging panel this season.

The long-running franchise, which holds the title for the most awarded reality competition show in history, has spanned 13 seasons and inspired a series of spin-off shows.

After weeks of speculation, Stan finally revealed the 10 Aussie and Kiwi queens taking part in the series at the Sydney Gay and Lesbian Mardi Gras parade in March.

You can read all about this year's contestants - including Art Simone, Coco Jumbo, and JoJo Zaho - here.

Stan Original Series RuPaul’s Drag Race Down Under is currently filming in New Zealand and RuPaul himself promised that first ever local adaption of the global hit series will offer up a little something special.

"I cannot wait for everyone to see that Down Under queens have some of the biggest charisma, uniqueness, nerve and talents in the world," RuPaul said in a statement provided by Stan. "Thank you to Stan and TVNZ for providing a platform for these outrageous drag artists to share their heart, soul and humour.”

"You asked for it Australia, and now we're bringing it to you – finally, our very own Aussie Drag Race the new Stan Original Series RuPaul's Drag Race Down Under!" Stan Chief Content Officer Nick Forward told Mamamia.

"The series is already a huge hit with our audience, so to now be working with RuPaul and the entire team at World of Wonder to create a local version is beyond a thrill."

Quick! Have a listen to all the shows you need to watch in 2021. Post continues after podcast.

"We can't wait to reveal all the guest judges and see what our local queens bring to the global sensation that is RuPaul’s Drag Race.”

Stan Original Series RuPaul’s Drag Race Down Under will premiere on May 1, only on Stan, with new episodes weekly. Until then you can watch all 13 seasons of RuPaul's Drag Race (along with the spin-off seasons) on Stan.