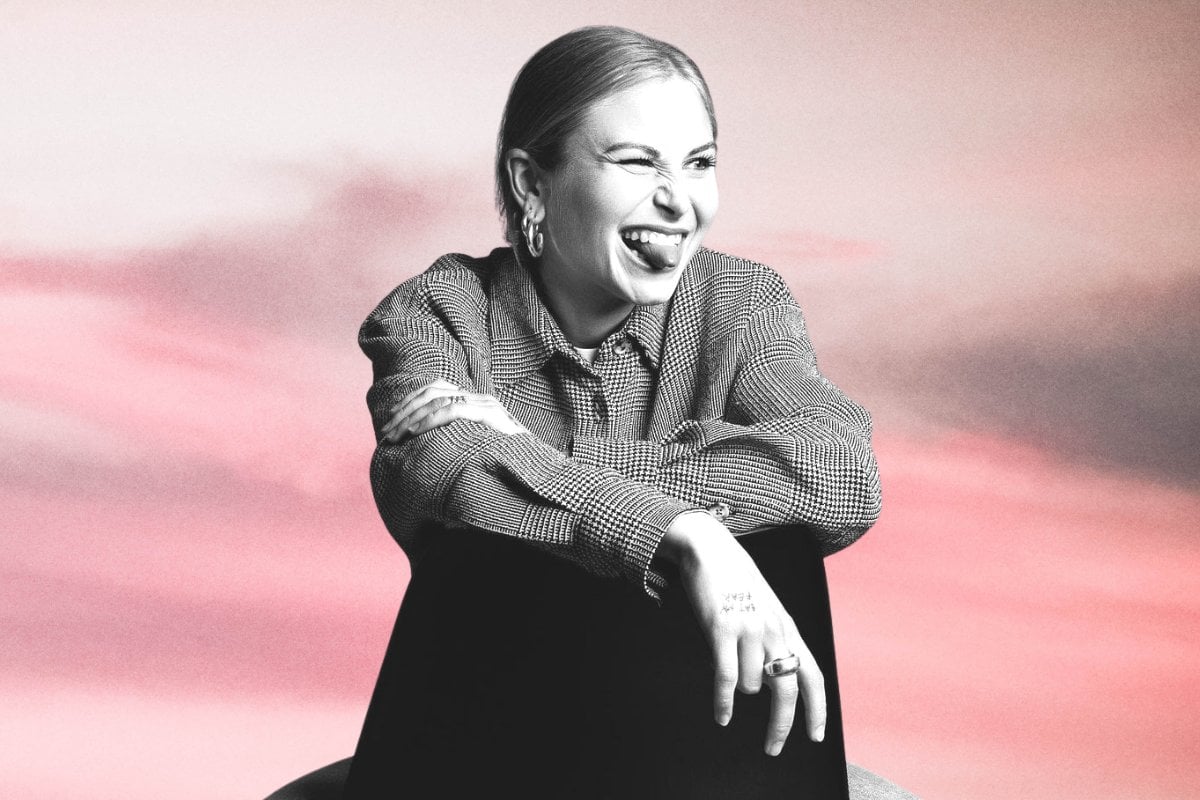 Grace Tame is officially the Australian of the Year 2021. And rightly so.

Her story of sexual abuse at the hands of her maths teacher, battling the legal system to earn her right to share her story and becoming an advocate and voice for so many child abuse survivors makes her a deserved winner.

But beyond her abuse case, not much is really known about the brilliant woman herself. Focussing on her activism, and keeping things pretty low-key on social media, there's a lot to be learned about the girl kick-starting so many important conversations in this country.

So here are five things you probably don’t know about Grace Tame.

Back in 2010, when Grace was just 15 years old, she was hospitalised on account of her battle with anorexia. She explains that her disordered eating was triggered by a resurfaced memory of abuse from when she was much younger.

While this particular abuse was at the hands of an older child, Grace chose to confide in her 58-year-old teacher, Nicolaas Bester, about it all.

“I disclosed to this man that as a six-year-old, I was molested by an older child and that involved being asked to undress in a closet and then molested,” Grace said.

In yet another abuse of power, Nicolaas used this information against Grace.

“He then introduced the actual sexual abuse by recreating that scene that I had described to him of my childhood trauma.”

Nicolaas locked Grace in a cupboard at her Hobart high school where he taught her maths, and sexually molested her for the first time. This abuse would then continue for a whole year.

As Grace proudly accepted her Australian Of The Year award, you may have noticed a little tattoo on the back of her hand.

The ink reads ‘EAT MY FEAR’ and it acts as her constant reminder to swallow terror and move forward regardless.

Speaking to The Sydney Morning Herald, Grace discussed the significance of her tattoo, saying: "That's what predators weaponise – they weaponise our fear. That's the foundation of their psychological manipulation, which is a huge element of prolonged sexual abuse.”

"I say, no, let's transfer it back into their hearts, where it belongs."

Grace also has a long snake tattoo, wrapped around her wrist. The snake has its jaws open and looks like it’s about to swallow a tiny figure who is running away.

The activist shared a shot of her fresh ink on Instagram, captioning the tattoo with, “Hehehehe RUN LITTLE MAN”.

Grace also has the word ‘FLOSSY’ tattooed onto her collarbone and an artistic cartoon on her chest of two mouths with sliced off tongues. While we initially thought that it was to symbolize the #LetHerSpeak campaign, Grace captioned the debut of this tattoo on Instagram with: “Cause the sweetest kiss I ever got is the one I've never tasted.”

She also has a scribble on her elbow that reads 'CASSIE-D' and 'OH CAPTAIN MY CAPTAIN' on her forearm - which is taken from a poem by Walt Whitman of the same name.

Based purely off Instagram, it seems pretty clear that Grace Tame is currently coupled up with Max Heerey.

The 25-year-old proudly shared a collection of pictures to celebrate his girlfriend’s win at the Australian Of The Year Awards - captioning the slideshow with, “Grace Tame, an incredible lady. #proud #runbae”

Grace has always been a creative, often sharing her incredible artworks on her Instagram. She graduated from Santa Barbara City College with a degree in theatre arts and liberal arts, and is seemingly putting those skills to good use in her work.

While the arts is clearly where her passion lies, she lists herself as a yoga teacher on her Instagram bio and has also started an organisation called Minutes For Movements with her friend Eloise Warren. This organisation champions another one of her passions: Running.

Grace has completed many marathons and running festivals, and put this training to the test for Minutes For Movements where she ran for 437 minutes straight (for those who can’t do that maths, it’s 7 hours and 17 minutes). Why 437 minutes? Because that’s how many Indigenous deaths in custody occurred since 1991.

Eloise and Grace raised funds for The Tasmanian Aboriginal Centre, Sisters Inside and The NAACP Legal Defense Fund during their Minutes For Movements initiative.

We have no doubt that following her Australian Of The Year win she’ll be extremely busy with her activism and will be working hard on educating Australians on child abuse, grooming and sexual assault.

Speaking of… want to know what life is really like for an Australian Of The Year? Listen to this episode of The Quicky. Post continues after podcast.

You may have just read that heading, shaken your head and re-read it again. (Don’t worry, we did too.)

But the statement is correct. Grace Tame does have a surprising link to the Monty Python actor, John Cleese. And it’s all to do with her artistic skills.

You see, John Cleese shared a tile on Twitter promoting his upcoming comedy show, featuring a sketch of his face holding a razor and the word ‘CLEESE’ styled into his moustache. This drawing was done by none other than Grace Tame.

Saturday October 24th I will go live with @NowhereComedy answering your questions (if they're rude enough). Moderated by my daughter @CamillaCleese https://t.co/fkg85tOoW6 pic.twitter.com/PcCwJEidfm

John thanked Grace in the comments for the artwork, giving her full credit for the work.

It seems that Grace has been working directly with John’s daughter, Camilla Cleese, to come up with merch ideas for the actor - with all examples including a lot of brilliant focus on his moustache. Obviously.

If this post brings up any issues for you, you can contact Bravehearts (an organisation providing support to victims of child abuse) here. If you are concerned about the welfare of a child you can get advice from the Child Abuse Protection Hotline by calling 1800 688 009, or visiting their website. You can also call the 24-hour Child Abuse Report Line (131 478).