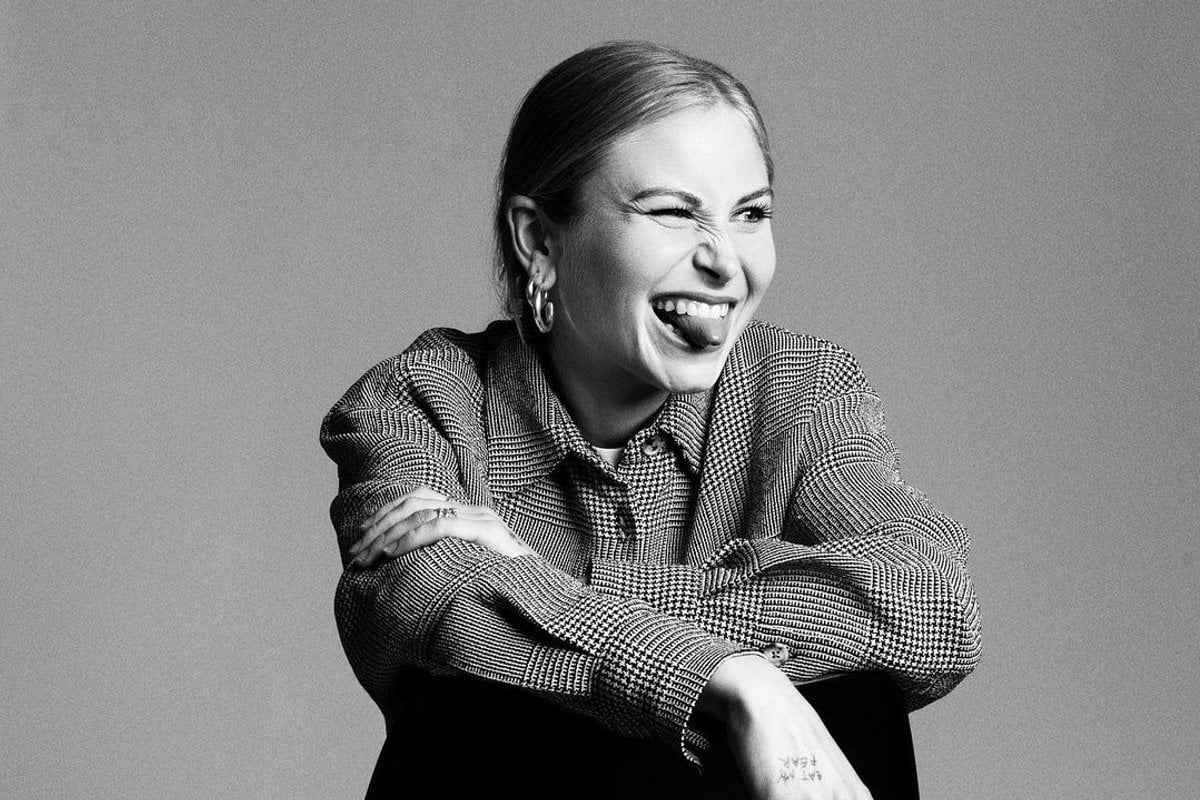 Tasmania's Grace Tame has been crowned Australian of the Year for her advocacy and campaign work for survivors of sexual assault.

The 26-year-old was presented with the award at a ceremony in Canberra on Monday evening, marking the first time a Tasmanian has ever won the title.

Congratulations to your 2021 Australian of the Year, Grace Tame! #ausoftheyear #reflectrespectcelebrate

Thanks to our Australian of the Year category partner, @auspost pic.twitter.com/OU6Wby8lKG

Grace became the first woman in the state to win the right to publicly name herself as a rape survivor, allowing her to speak about the abuse she went through as a 15-year-old, at the hands of a maths teacher.

"When survivors tell their stories, these false beliefs can be challenged, helping the community build new and better social norms that make it clear that violence against women is always wrong. It's vital that sexual assault survivor voices are heard, and that women's voices are central to commentary on this issue," says CEO Patty Kinnersly who awarded Grace on Monday.

At age 15, Grace Tame had been groomed and repeatedly sexually assaulted by her 58-year-old high school maths teacher, Nicolaas Bester, at the elite St Michael’s Collegiate Girls’ school in Hobart.

At age 16, Grace had found the courage to report him, first to the school, then the police and finally through the courts.

By age 22, she had made the decision that she wished to waive her right to anonymity and speak out publicly, hoping that her story might educate others on the warning signs of grooming, and prevent other children from being targeted by predators.

But it quickly became apparent that the story would not be possible – at least not the way she wanted it done.

Listen to The Quicky, where host Claire Murphy discusses Grace Tame: The Girl Who Won't Be Silenced. Post continues after podcast.

Grace spoke directly to Nina Funnell in the hope to get her story out there, but due to these legal restrictions, she was silenced.

You can read Nina Funnell's incredible account of the legal ordeal, published on Mamamia, right here.

The irony of this legal gag order was that while Grace was barred from speaking publicly about the crimes in which she was a victim, her abuser - who was jailed - was able to openly tell his story.

And that he did.

In 2015, Nicolaas Bester bragged on social media that the abuse of Grace was “awesome” and that other men were “envious”.

Then in 2017, he did an interview with Bettina Arndt where he claimed that he was the true victim, saying: “I lost everything, I lost my home… I lost my job, I lost my status in the community. I lost absolutely everything. It was a devastating time [for me]”.

Throughout these ordeals Grace couldn’t respond. She couldn’t defend herself. And neither could her friends and family.

It was then that Nina Funnell orchestrated the #LetHerSpeak campaign in solidarity with Grace.

Please sign and share this important petition to change the laws so sexual assault survivors in Tasmania & NT can speak and be named if they choose #LetHerSpeak https://t.co/M5Pj4qNRDp via @MegaphoneAU

In response Tasmania’s Attorney General Elise Archer announced a review of the gag law, which was a huge win for Grace, Nina and victims across the country.

Grace's story and the #LetHerSpeak campaign has obviously made tremendous (and incredibly important) waves within the Australian legal sector, and we can only hope that Grace's deserving Australian of the Year award further continues this conversation.

Nina Funnell is a Walkley award winning journalist and the creator of the #LetHerSpeak campaign. Nina is also a director of End Rape On Campus Australia who have supported the campaign with Marque Lawyers and News Corp. You can donate to the #LetHerSpeak go fund me for legal funds here.