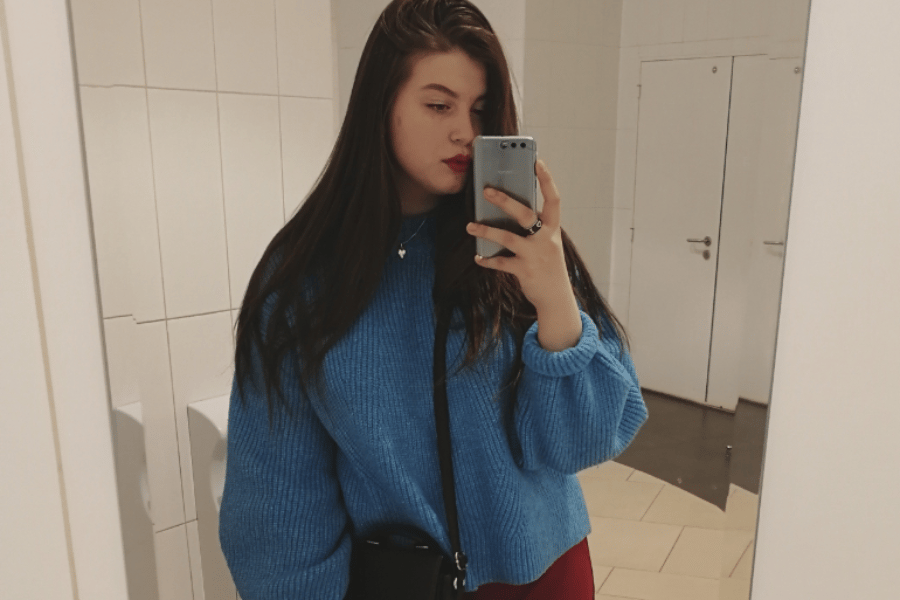 Mamamia's My Break Up Story series is all about the real-life experiences of men and women who have either been broken up with, or did the breaking up. If you have a break up story you want to share, from the sad, to the shocking, to the empowering, we want to hear it. Email us at [email protected].

I was at an 18th birthday party when I first considered breaking up with my high school sweetheart.

His birthday in fact.

We had graduated from school just months earlier, a time in which a three-year relationship felt like forever, and I was particularly intrigued by a Danish plus-one who was a few years older than me.

When he leaned in to kiss me (in my boyfriend's house!!!) I dodged it — reluctantly.

It was a very brief exchange with someone who would be heading home in a few weeks, yet a seed had been planted.

After spending my most influential teenage years with one guy, I wondered, is it really worth it?

James* and I were perfect on paper.

We were both mature and intelligent, complimenting each other's traits. My family loved him like a second son.

But after three years together, the spark between us dwindled. Right in time for my first year of university.

It was clear to me at the three-and-a-half year mark we would never last. I spent hours complaining to friends about him, who would suggest I break up with him, at which point I would promptly shut down the conversation.

Yes, I was no longer excited, but I was fine. We had good days. But most of all, life was complicated enough. I didn't have time to fit a breakup into the mix.

That was until I met Blake*.

It was Boxing Day, and I'd arranged to catch up with a friend of mine once more before he left to go home to the US.

When I picked him up to go to the beach, he mentioned that today would be his last chance to see a friend of his that he met while backpacking, and would it be okay if he joined us?

Instantly I was reminded of that worldly charm that always managed to intrigue me. But of course, the more the merrier.

He was six years older than me and from Manchester — another world.

And from the second he hopped into my car there was clearly a connection.

Yes, he was gorgeous and SO interesting, but I was quick to share stories of my boyfriend in the hopes of pushing it away.

But he was also persistent.

He flirted, and there's no harm in a little flirting right? (There definitely is), and I laughed along innocently.

The beach turned into evening drinks at a friend's house, and I was too drunk to take anyone home, so they slept at mine.

Blake climbed into bed next to me and I immediately jumped out, taking myself into another room.

And so, I lay in bed alone and in a drunken haze as I considered: "Does it count as cheating if you don't do anything, but really want to?"

Spoiler alert: If you have to question whether something "counts", it's probably wrong.

I woke in the morning and prayed that my crush was alcohol-induced.

But as I dropped him to his hotel, I sat alone in my car hit with a tonne of dread.

I had to break up with James.

I spent the day pretending everything was fine with him over text, as I consulted my best friend.

She confirmed what I knew was true. Just shy of four years, it was time to end it.

And so, I invited him over with an ominous “we need to talk”.

We sat cross-legged, opposite each other on my bed as I cried. “I'm just not attracted to you anymore,” I said, neglecting to mention there was someone else I was attracted to.

And so came the end of four, wonderful albeit limiting years. In my moment of indecisiveness, I begged that we would still be in each other's lives.

The world felt too big and scary to imagine doing it alone. We started dating when I was only freshly 15 years old and on the brink of 19, with no career, home, or future set in stone, I gripped on to James like he was my lifeboat.

As he left, I paced back and forth, my head-spinning. Why would I end a whole relationship over a guy I met yesterday — who didn't even live in the same country as me?!

Of course, I knew it was more than that, but I felt completely alone.

I sent a bulk message to my friends with the simple message "We broke up," and watched texts, calls and visits flood in.

In my moment of despair, I also sent a message to my friend — who could absolutely see the sexual tension between Blake and I the day earlier — to let him know I had ended it.

And when he responded “I bet Blake would be happy to hear that,” I felt okay. Good, even.

As quickly as it had ended, my fear was replaced with feelings of guilt-free excitement. I reminded myself I did the right thing by breaking it off and organised to catch up with Blake that same night.

I'd been with James so long I'd forgotten what it was like to feel desired. He was my first everything, but I could barely remember a time when sex excited me.

That was until I walked home from a club with Blake, pausing to make out in quiet alleyways. Until he told me how sexy I was, and took his time undressing me.

It was exactly what I needed, when I needed it.

My confidence was restored, I was well and truly satisfied, and no one was hurt in the process — in fact, no one even knew.

Rest assured, next time I won't be waiting to end things if I'm tempted by someone else. I'll just take it as a sign that it wasn't meant to be.

Reply
Upvote
3 upvotes
Pretty honourable behaviour and you were young, but can I suggest that "I just don't feel a spark" is a better turn of phrase than "I'm not attracted to you anymore."
D
david s 2 years ago

Reply
Upvote
1 upvotes
Every relationship changes over the course of years: none of them have the same "spark" after that amount of time. It needs to change and evolve and grow deeper rather than higher, and if all it takes for you to break up with someone is the temptation of someone else, someone new and exciting, then none of them are going to last. Hopefully she'll figure that out as she grows up a bit more.
Resources
Very Peri
Skin
News
General
Opinion
True Crime
Politics
Sport
Explainer
Entertainment
Celebrity
Reality TV
Movies
TV
Books
Rogue
Royal
Lifestyle
Beauty
Fashion
Weddings
Home
Wellness
Health
Fitness
Travel
Food
Family
Before The Bump
Pregnancy
Baby
Kids
Teens
School
Parent Opinion
Work & Money
Money
Finance
Career
Lady Startup