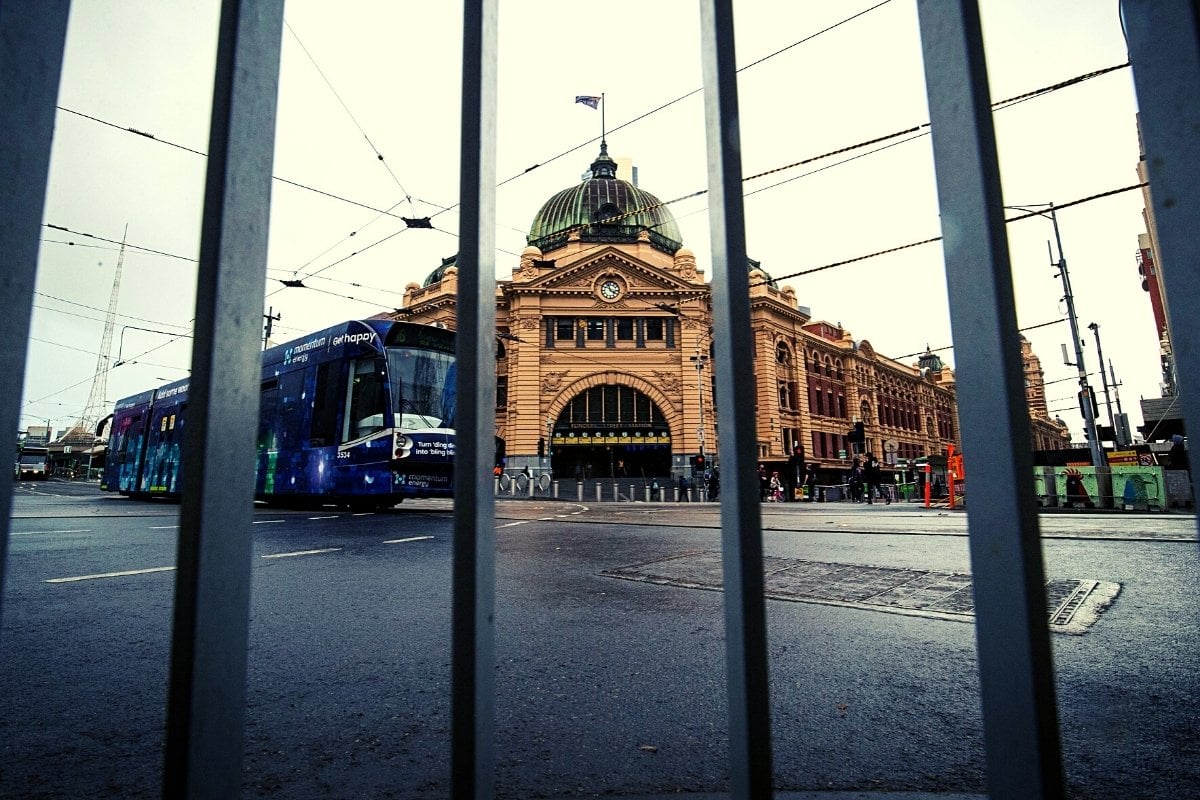 When COVID-19 cases once again sprung up in Victoria around the beginning of August, the state was still very much hoping to squash the virus with its "go hard, go early" approach to restrictions.

But earlier this month, with case numbers climbing, the Victorian government joined NSW in abandoning dreams of 'COVID-zero'. The state is now focused instead on limiting case numbers while driving up rates of vaccination.

So what does this mean for the future of Melbourne's sixth lockdown? And how soon will restrictions be lifted?

First, a reminder: What are the rules for Melbourne's lockdown?

Metropolitan Melbourne and Shepparton are currently under the toughest restrictions in place in the state.

This means residents cannot leave their home, except for the following essential reasons:

A stay-at-home curfew is also in place for Metropolitan Melbourne (which is home to the bulk of cases) and applies between 9:00 p.m. and 5:00 a.m.

Other key restrictions include:

Checked exposure sites lately? More have been published online at  https://t.co/xojLvnrdjA including: pic.twitter.com/t65CSoYKsd

What about the restrictions in regional Victoria?

While regional Victoria, minus Shepparton, is no longer in lockdown, some key restrictions still apply:

Full details of restrictions in Melbourne, Shepparton and regional Victoria are available on the Victorian Government website.

Why are case numbers still rising in Melbourne despite the lockdown?

Victoria reported 445 cases of community transmission on Tuesday, the majority in Melbourne's northern and western suburbs. It's another grim high for the current outbreak.

In fact, according to University of Melbourne epidemiologist Tony Blakely, Victoria's case numbers have been rising at an average of 12 per cent per day. That's compared to 5 per cent recorded by NSW at the same stage in its outbreak.

"The honest answer is we're not entirely sure," Prof Blakely told 7News. "But I think we can deduce some things. The most obvious one is that we've been in lockdown so long that people are over it."

In other words, people may not be adhering to restrictions as well as they have in the past.

Using mobile phone data, Prof Blakely's colleagues at the University of Melbourne's Transport Health and Urban Design Research laboratory have concluded that mobility has been around 10 to 15 per cent higher than at the peak of Melbourne's stage 4 lockdown in August last year. 9 News reported similar increases in mobility based on data provided by Google.

"There's decreased compliance, and with this virus which is so infectious that's enough to see it propagate, particularly in those suburbs where you've got high-density, multi-generational households," Prof Blakely said.

"[Health authorities are] finding cases where entire households are positive when the very first person has come forward to get tested and where adjoining households and families are all positive at the same time," he said.

"It not only indicates that we’re seeing some level of household-to-household contact, but far more worryingly that coronavirus has been in those situations for a number of days — possibly as many as a number of weeks."

Earlier in the outbreak, Victorian health authorities also expressed concern about the vaccine supply not meeting demand; particularly after Pfizer doses were diverted to Sydney to help curb its large case numbers.

How high will case numbers get?

Again, no one can say for sure.

But Prof Blakely and UNSW epidemiologist Professor Mary-Louise McLaws are among those warning that it could approach similar numbers to NSW's outbreak. NSW saw highs of close to 1600 daily infections, before a recent drop to around the 1200 mark.

Speaking to 9 News last week, Prof McLaws noted that there is no indication that Victoria's caseload is peaking or slowing down, and that she agreed with modelling that suggested it could be "at the same level as NSW" as soon as the end of September.

"Unless there is some rapid intervention in those three hot spots particularly, and in the young group, then you'll continually see numbers rise," she said.

"The exponential explosion will be huge."

But there is good news that will help curb rising numbers.

A three-week vaccination blitz began in Victoria on Monday, with the Commonwealth sending several hundred thousand extra Pfizer and Moderna jabs to GPs, pharmacies and state-run hubs, with particular focus on hotspot areas in Melbourne’s north and west.

These sites, big and small, are already popping up all over Victoria - and there's many more to come: https://t.co/z2WEOECPi9

When will restrictions be lifted?

The first restrictions will be eased when 70 per cent of eligible Victorians have received their first dose of a COVID-19 vaccine.

At current rates of vaccination, that is likely to occur as soon as this weekend.

The changes at that milestone will be minimal.

The 5km travel limit in greater Melbourne will be extended to 10km for shopping and exercise, and outdoor exercise will increase from two to three hours per day. On top of that, outdoor communal gym equipment and skate parks will reopen, outdoor personal training will be allowed with up to two people plus a trainer, child-minding for school-aged children will be permitted, and real estate private inspections of unoccupied premises will be allowed.

Then, once the state reaches an 80 per cent double dose target, there will be a more significant easing of restrictions. If current rates continue, that could occur around December 9.

"That will give people a sense of schools, hospitality, where they can go, who they can visit, all of those things," Premier Daniel Andrews said on Sunday.

The state and federal governments are currently developing 'vaccine passport' technology that would allow fully vaccinated patrons access to venues by scanning a QR code.

When will we know more about Victoria's roadmap out of lockdown?

Speaking to the media on Sunday, Victorian Premier Daniel Andrews said his government will receive detailed modelling from the Burnet Institute in coming days, before the blueprint for easing restrictions is laid out "in about a week’s time".

While he couldn't elaborate on the precise details of the plan, he said it would include caveats based on the number of active cases and people in the hospital.

Reply
Upvote
I’m sure updates will be provided, Shepparton is now following regional vic’s lockdown rules, Ballarat is now in lockdown with Melbourne’s rules beside the curfew
A
anonymous 8 months ago