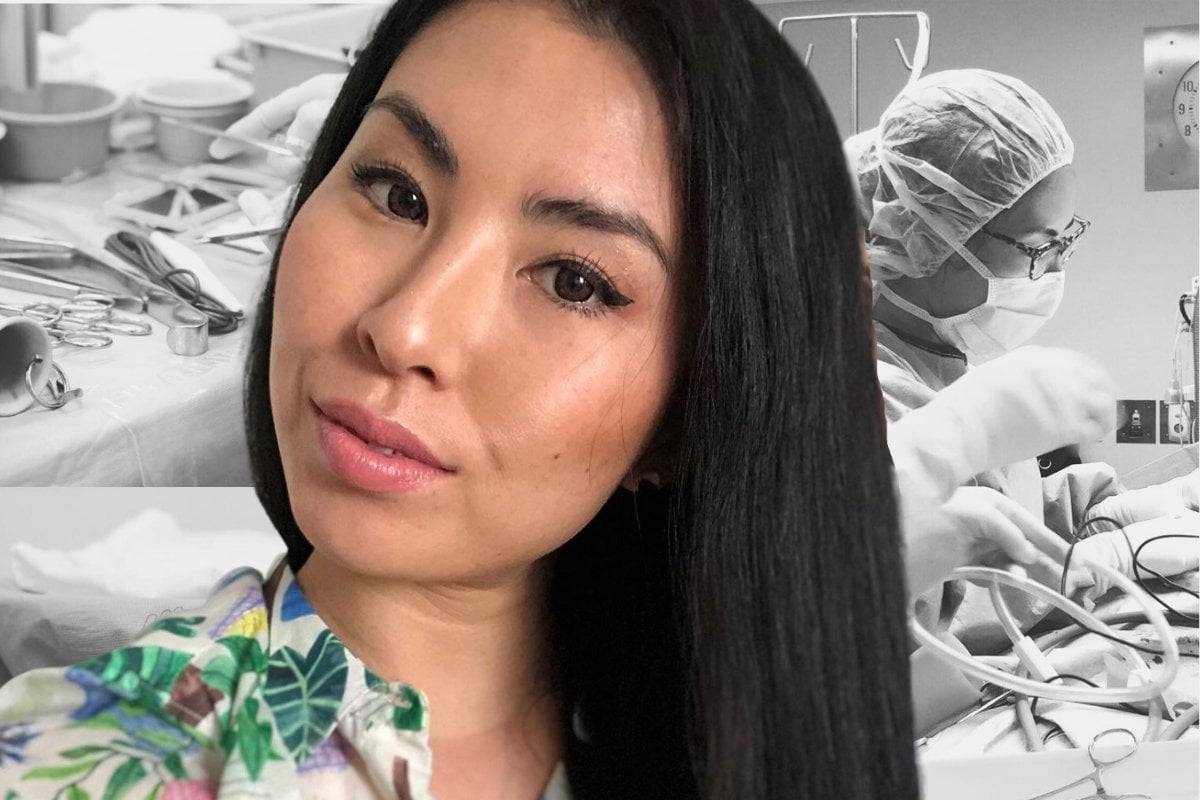 The glass ceiling still looms large over some industries in Australia. Women looking to progress into leadership roles find themselves butting up against invisible barriers to success, despite having the necessary qualifications and experience.

For Asian Australians, there's another obstacle to contend with. It's known as the "bamboo ceiling", a term coined by American executive coach Jane Hyun back in 2005. Like its transparent counterpart, it describes a series of cultural and organisational barriers that prevent an individual — in this case, Asian employees — progressing in their career.

Dr Yumiko Kadota encountered both ceilings while working as a surgeon in a public hospital in New South Wales.

The bamboo one, she said, is built largely on the 'docility myth'.

"The 'bamboo ceiling' affects Asian people, both men and women, who try to go for leadership positions, because there's this idea that we're very timid culturally and that we're not interested in leadership roles," she told Mamamia's No Filter podcast.

"I had both a bamboo and a glass ceiling. And I couldn't break them."

Listen: Dr Kadota on the brutal reality of life as a surgeon.

Dr Kadota was raised in Singapore to Japanese parents, and moved to Australia when she was 15.

When she entered the workforce, the microaggressions — both sexist and racist — accumulated over time, adding to the weight of the tortuous work schedule (12-day weeks, 10 days of which involved 24-hour on-call shifts).

As Dr Kadota explores in her book Emotional Female, her working environment was toxic and, at times, outwardly hostile.

A senior male surgeon would proposition her in Japanese ("Take your clothes off") so no one else would understand, and then laugh about it. And at least one patient asked not to be treated by her because of her race.

"She saw me walk in, and without me even saying anything, she said, 'I'll have an Aussie, thanks.'" Dr Kadota recalled.

"I didn't know how to cope with it. So I went and hid in a broom cupboard until I could calm down... It took a lot for me to go back out there. I had to try to be as professional as possible, to just see it as my job. I'm here to help a patient; it doesn't matter what she said, it doesn't matter how I feel personally about that interaction, I'm just gonna go back and treat her.

"And in the end, when she realised that I knew what I was doing she was apologetic. But that was my first experience of racism in healthcare. And it definitely did affect how I felt about myself within the healthcare system for the years moving forward."

Then there were the more subtle presentations.

Despite being in the top three of her anatomy class and roundly praised by her superiors during her internships and residency terms, she was routinely passed over for learning opportunities for blonde, conventionally attractive female colleagues.

And as her career progressed, she noticed a distinct lack of colleagues of Asian heritage making it to senior leadership positions. Unconscious bias, perhaps? The 'bamboo ceiling'?

A 2018 report by the Australian Human Rights Commission found that approximately 95 per cent of senior leaders in business, politics, government and higher education came from European backgrounds. People with an Asian background represented just 3.1 per cent, despite representing up to 16 per cent of the Australian population (according to the 2016 census).

While the private sector workforce is 50.5 per cent women, they remain underrepresented as board chairs (just 14.6 per cent), CEOs (18.3 per cent), directors (28.1 per cent) and in senior management positions (32.5 per cent).

In surgery, this gender gap is particularly stark. While women represent roughly half of medical graduates, they only make up roughly 12 per cent of Australia's surgeons.

When she sought the advice of an eminent professor during her university studies, he groomed and sexually assaulted her (he was later jailed for an assault on another student). When she pushed back on a colleague who called her at 3am with a non-urgent matter, he told her to "stop being an emotional female" (infuriating at the time, it later inspired the title for her popular book). She experienced and witnessed widespread sexual harassment and bullying of junior women colleagues, in particular.

This behaviour, she told Mamamia, thrives on the power imbalance that exists between young doctors and the gatekeepers of their career: almost unfailingly a small group of white men.

"It's so easy to feel exploited as a young woman, because it's a very small world," she said. "Your direct bosses are the ones who will influence your career. And it's unlike other industries, where you might be able to train through different providers. In surgery, there's only one college that you can apply to [The Royal Australian College of Surgeons].

"So you've only got that one shot. That's why there's a tremendous level of pressure to impress your bosses. And that's why young doctors, and especially young women, are very vulnerable."

The code of secrecy.

By Dr Kadota's account, there's a culture of silence that perpetuates this structure. Those up and coming are expected to stay silent about sexual harassment, about bullying, about the gruelling hours, about mental health struggles, about emotion of any kind.

"While you're still in it, it's very difficult to say anything, especially if you haven't been chosen onto the training program yet. Because if you speak up, you're seen as a troublemaker," she said.

"There's this kind of professional code of secrecy. You don't say anything to make the profession or the hospital look bad. It's just an expectation that you do your job and you don't complain about it."

Dr Kadota ultimately resigned on June 1, 2018. It was her 24th consecutive day of work, 19 of which had been 24-hour on-call days. She was burnt out, and months later was admitted to hospital with clinical depression and insomnia.

She now works as an assistant surgeon in private practice and an educator. In this new environment, she no longer has to be silent. There's been her popular blog, Mind Body Miko, and in March came the book in which she laid it all bare. She's now using her platform to advocate for better conditions for her colleagues.

"Lots of readers who are doctors and nurses and other healthcare professionals have gotten in touch and said, 'Yep, that's exactly what it's like,'" she said.

"And so I think that by sharing stories, we can validate each other's experiences, because hospitals and other employers like to gaslight their employees. They make you feel like you're the one who couldn't cope, but you're the crazy one or you're the incompetent one. So you for a long time when people leave these jobs, they feel like they did something wrong. But really, there are so many systemic factors that are driving people out. And I think what I really want is for institutions to take more responsibility."