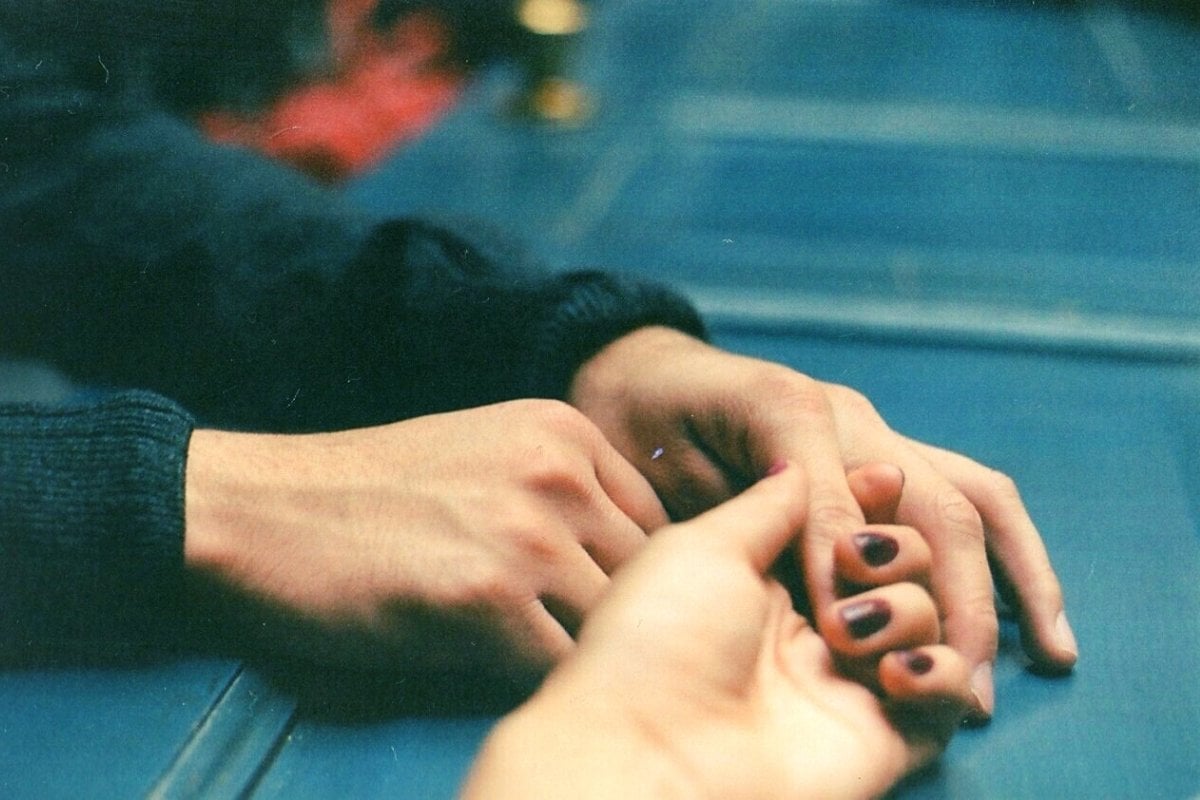 The following contains details of Obsessive Compulsive Disorder, which may be triggering for some readers.

It can start with an out-of-the-blue thought. The kind that tends to float into the mind in the small hours, or niggles around an upcoming relationship milestone, or significant birthday.

What if I don't actually love my partner? What if I'm meant to be with someone else?

For some, these thoughts aren't passing doubts. Nor are they normal ruminations about the health or viability of a relationship. They're all-consuming. They're life-altering.

That has been the case for Penny Moodie.

The Melbourne mother lives with Obsessive Compulsive Disorder, a common condition that has manifested in a variety of ways throughout her life. She has experienced intrusive thoughts about her health, about loved ones dying, about doing something to make friends turn against her.

She has also struggled with Relationship OCD.

People with this presentation of OCD experience intense preoccupation with doubts about relationships, to the point that it can cause significant distress and disruption to their lives.

"I think it would be so normal for anyone in a relationship to, every now and then, question whether the person they're with is the right person for them," Penny told Mamamia's No Filter podcast.

"Your mind just plays these games with you, and you stop trusting yourself. And it just becomes really scary."

What is Relationship OCD?

Relationship OCD is not an official diagnosis in the Diagnostic and Statistical Manual of Mental Disorders (DSM-5). But it is widely considered to be a presentation of the disorder, and research is expanding.

According to Dr Guy Doron and Dr Danny Derby of the International OCD Foundation, people with Relationship OCD often experience obsessive, intrusive thoughts about the suitability of their partner and the strength of their feelings towards them. In some cases, these thoughts can involve a fixation on their partner's perceived flaws.

These intrusive thoughts can also go hand-in-hand with compulsive behaviours, for example:

Intrusive thoughts and compulsions have been a fixture of Penny's relationships since she was a teenager.

Back then, it came in the form of consuming doubt about her sexuality. She was dating a boy at the time, but became preoccupied with the idea that she wasn't attracted to him.

Penny recalls having to create time to sort through her thoughts, looking for 'proof'.

"I'd have a shower, or have five showers a day, and try to replay scenes in my head of like, 'Oh, when I was with this guy, was I feeling all the right things? What was this thought that came into my head? How can I rationalise that?'" she said.

"The fear wasn't being gay. People who are gay and who have OCD might have the fear that they're straight, and that they're going to have to leave their partner who they love. That's the fear — losing what you love and having to do something that you don't want to do."

Like most presentations of OCD, ROCD is a harmful quest for absolute certainty. And in relationships, in particular, certainty isn't exactly attainable. There's no one who can confirm your feelings, no test that can prove who you're meant to be with.

Doubts, too, are easily reinforced by relationship ideals stemming from pop culture; notions of "the one", of happily ever after, of 'perfect' couples having perfect sex lives, and so on.

"You can constantly be triggered, and then it can all start again," Penny said. "But this all plays out in your head so people don't see it. [OCD has] been called a silent epidemic, because it is so tucked away. It's so hidden."

Penny wasn't diagnosed until the age of 30, so didn't understand what was going on and didn't have the words to express it. She simply "struggled through".

"What happens to me when I get into a really bad OCD hole is I become a shell of a person. I can't react how I would usually react to things. I'm just totally inside my head. And I'm constantly removing myself from the situation because I can't keep going as normal... I just need to think it out," she said.

Penny has since married and had two children — a major impetus for her to seek help for her disorder.

"Once I had kids, I thought, 'I can't keep doing this. I can't not be present in front of my kids. I don't want them to see me like this,'" she said.

She has undergone treatment with an experienced, specialist psychologist, and is effectively managing the various presentations of her OCD.

"The really good thing is that while OCD is absolutely one of the most devastating mental illnesses, it's one of the most treatable," she said. "So there's so much hope out there."

If this article has raised issues for you, please call Lifeline on 13 11 14.