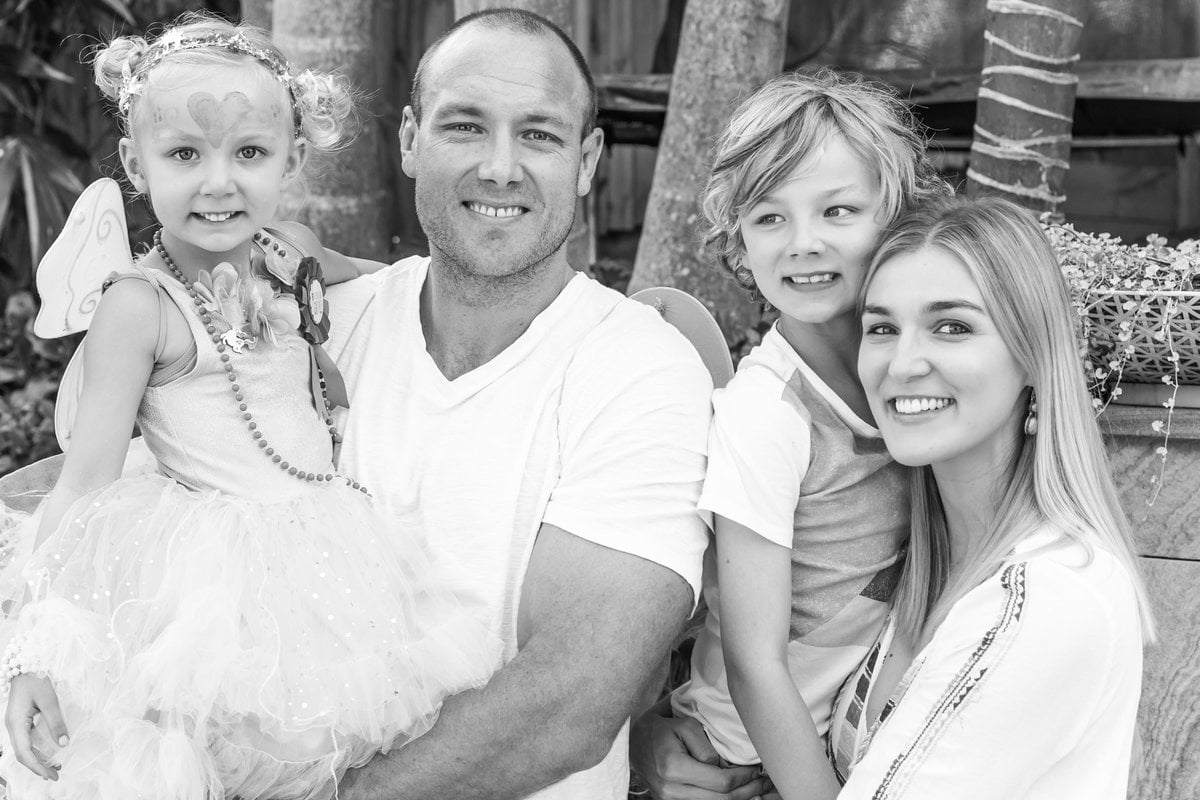 Jessica Hand was 26 when she discovered she was pregnant with son Charlie in 2010.

“We decided to start trying for a family after we moved to Canberra for my husband Ben’s job as a professional rugby player,” Jessica says.

“I was also ready for a break in my career as a social worker in child protection, as it was rather intense. We felt very lucky to get pregnant within the first month of trying!”

Jess had a straightforward pregnancy, but had some concerns about managing her scoliosis during the birth.

Watch: Your questions about childbirth, answered. Post continues below.

“We decided to go private as we anticipated there might be problems due to the Harrington rods in my back. I actually found that my back pain improved during pregnancy which was an unexpected relief.

“Coupled with my scoliosis was the fact my son was in the breech position. Our obstetrician advised I have a c-section as the safest option."

When Jess arrived for the surgery however, they discovered her son had turned, but by that stage the obstetrician said they might as well just go ahead. As husband Ben only had one day off work it also made sense from a practical perspective.

“I felt somewhat pressured into the c-section as it was so much easier for everyone else. But I was young and didn’t know what questions to ask or how to advocate for myself.

“I had no idea how long and painful the recovery would be and with my back issues and the fact I couldn’t use my core, it was really challenging.

“It was not a great time, made trickier because I put so much pressure on myself to breastfeed and I had mastitis five times in three months!”

Not long after son Charlie was born, the family moved to Grenoble in the south of France for Ben’s rugby career.

When she went into hospital to have her daughter in 2014, there were a number of major differences to her first experience in Australia.

“We opted again for a c-section for a few reasons, mostly because I had already had one and didn’t know enough French to really question it."

“Healthcare in France is quite different as every pregnant woman is entitled to be managed by a specialist obstetrician and your pregnancy and delivery is virtually cost-free. Men are not typically allowed into surgery during c-sections but Ben was persistent and was allowed in at the last minute on the proviso he didn’t touch anything!”

“They were also very strict about where I put my hands too and after a miscommunication, I was physically restrained with two straps around my wrists confining me to the table. I remember Ben asking why I was strapped down, but at the time we laughed about it and didn’t worry too much about how these cultural differences were playing out.”

Perhaps because of the language barrier or simply different birthing expectations, when baby Madeleine was born, the couple heard her cry and then she was taken to be examined. Ben left to go with baby Maddie, but it was over 90 minutes after her birth before Jess saw her daughter again.

“I struggled again with the recovery, tore stitches internally and spent seven nights in hospital. Something that was quite different again with the French experience was their encouragement to ‘top up’ breast milk with formula.”

“A midwife pushing a trolley of bottles would come past every so often ringing a bell and when I said I was trying to breastfeed, they still left a bottle with me in case the baby was hungry!

“Later when I went to see my doctor for Madeleine’s six-month check-up she was shocked when I said I was still breastfeeding and asked how my husband felt about it. I thought that was funny and quite different to Australia.”

After five years in France the family returned and settled into a new life in Sydney. It wasn’t until 2019 when Jess fell pregnant with their third baby, that she decided she wanted a different experience this time around.

“I had felt like a passive patient with my first two c-section experiences and I wanted to be more in control this time. I spoke to my GP about options and she referred me to an amazing obstetrician, Dr Uppal, who sat and listened to me talk about my two previous experiences for an hour.

“I had always felt rushed in the past, like I was being annoying. This time she was really listening to what I wanted and it was unexpectedly emotional.”

Obstetrician Dr Uppal is an advocate of ‘maternal assisted caesareans’ or ‘belly births’. This style of c-section birth is becoming more popular with women who need or want a c-section, but still want an active role in the procedure.

“Dr Uppal helped me to see my third birth as a celebration and that in itself was very healing. I was encouraged to choose music to be played and tell her how I wanted the delivery to play out.

“On the day I was excited and more relaxed. You spend some time ‘scrubbing in’ and sterilising your hands and arms so you can reach down into your belly. The screen is dropped so you have a clearer picture as to what is happening.

“Ben supported my head and after the incision the obstetrician guided my hands to grasp baby Everly under her arms. I pulled her out of the incision and up onto my chest”.

“They delayed the cord clamping so I could enjoy plenty of skin-on-skin contact and start breast feeding her immediately. Rather than being whisked off, Everly stayed with me on my chest while they stitched me back up and then Ben cut the umbilical cord when we were ready.

“We both felt much more in control; it was an empowering and very special experience. A completely different c-section birth to my first two.”

Jess believes that if more women knew belly birthing was an option, they would request it.

“I think because it takes a little more time and effort on the obstetrician’s behalf they need to be interested in offering it as an option, but as more women ask about it, the more likely that is.”