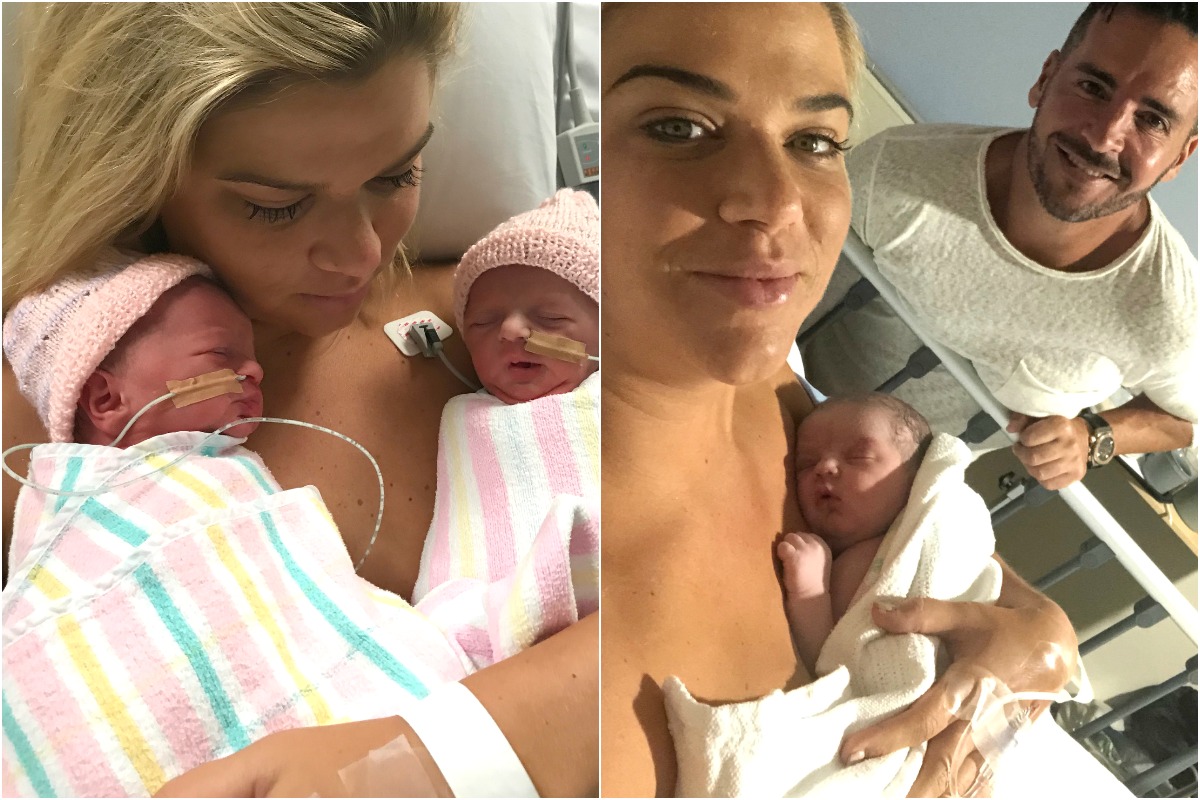 First up is Tegan Natoli, co-host of This Glorious Mess Little Kids, business owner, wife to Jason and mum to three.

After trying to conceive naturally for 18 months, Tegan sent an email to a fertility clinic requesting an appointment.

“I was getting very frustrated and I also worried there was something wrong with me. We went through a number of tests and then decided just to go straight for IVF,” Tegan said.

The couple were ecstatic to fall pregnant on the very first round, and not only that, but pregnant with identical twins.

“We couldn’t believe it – two for the price of one! Jason and I laughed for days we were so happy. The pregnancy was initially textbook smooth and I didn’t know any better as a first-time mum.

“By 30 weeks however I was all fluid and I felt like a whale! My feet had gone up three shoe sizes and I had put on 30 kilos in weight. I looked like a different person – even my nose changed!”

At 34 weeks Tegan was admitted to hospital with pre-eclampsia. She remained on bed rest for five days before having a caesarean section.

“My obstetrician told me the safest option would be a c-section as the twins were sharing a placenta. I didn't really have a defined birth plan so I was fine with it.

“While I was lying in hospital, I experienced these wild pains in my tummy and thought I was in labour. The midwives assured me it was just Braxton Hicks and I remember thinking that if these are false contractions, I don’t really want to experience the real ones!”

On the morning of the twins’ birth, Tegan was given an epidural to numb her from the waist down. 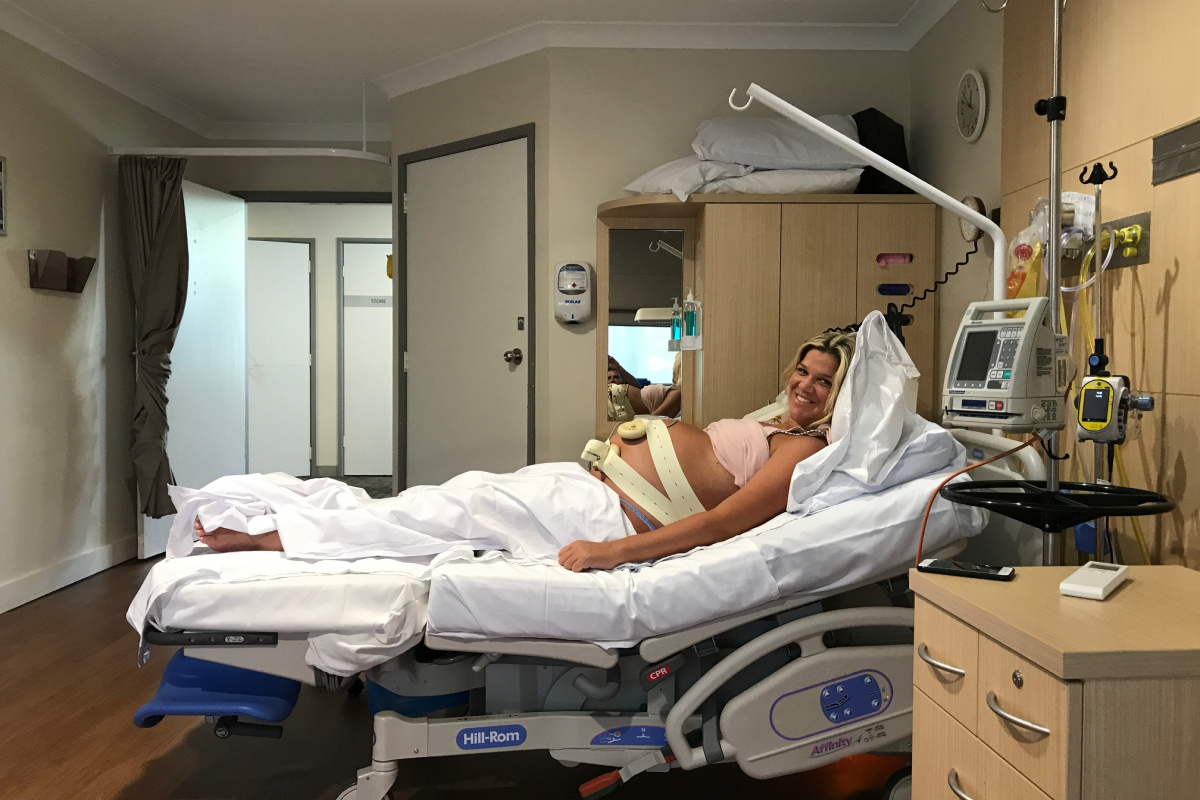 “I hate the whole dialogue around c-sections being the ‘easy option’ – I disagree.

“It is full blown surgery and it's intense having two humans pulled out of you while you remain awake! It's hardly a breeze. As we didn’t know we were having girls, it was wonderfully surprising too.”

To add to the intensity of the day, the new parents couldn’t cuddle their tiny new babies as they were whisked away to the special care nursery. Tegan was also rushed to ICU after her blood pressure failed to return to normal.

“I had the girls in early January in a private hospital and the ICU was closed. The nurse literally had to turn the lights on as I was wheeled in to spend the night alone having my blood pressure monitored. It was a stressful start to motherhood!”

With her newborn twins in the special care nursery, Tegan was up the next morning with no time to rest. 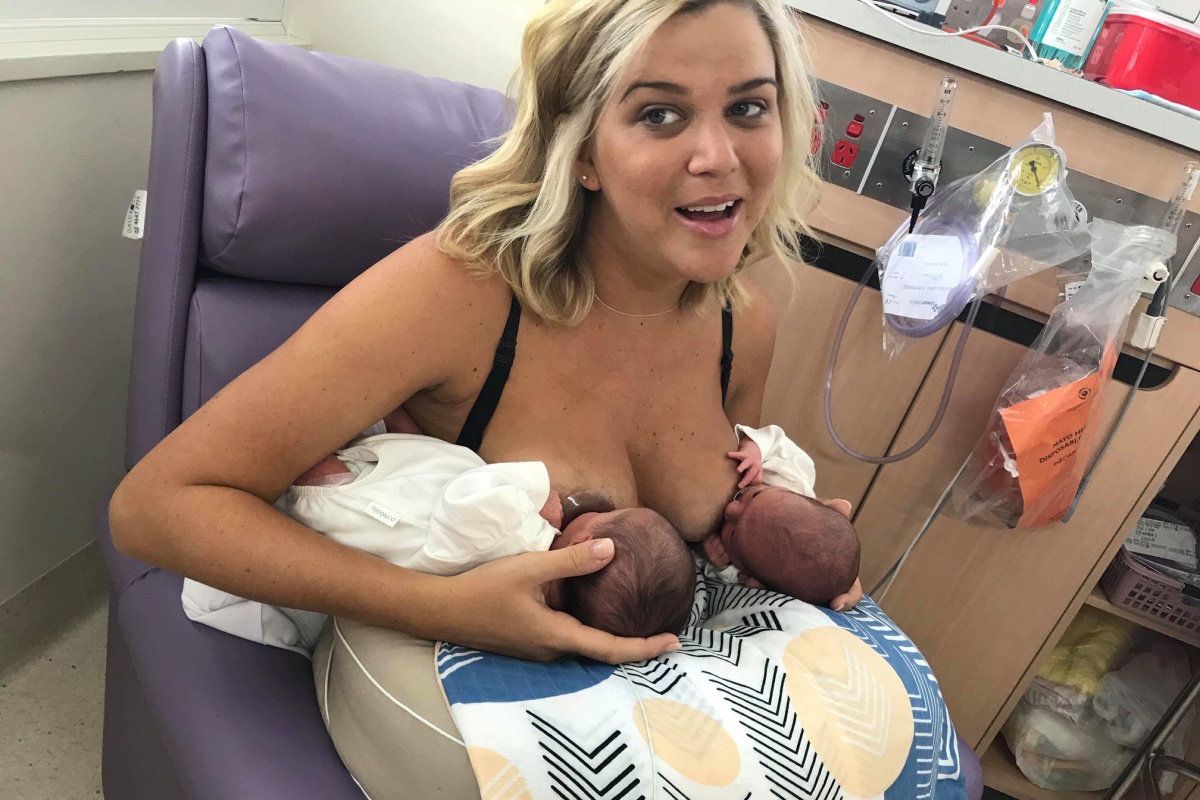 “It was all so new but I didn’t have time to sit in my misery. I was visiting Indiana and Samara in the special care nursery frequently to learn how to feed them.

“My recovery was good and once I got them home we settled into a routine. I miraculously got more sleep with newborn twins than I had at the end of my very uncomfortable pregnancy!”

At Tegan’s six-week post birth appointment her obstetrician reminded her that while she had conceived with IVF, she should think about birth control – just in case.

“I remember practically laughing at the thought of it, and yet another six weeks later, when the girls were just three-months-old, I was back in his office – pregnant!” 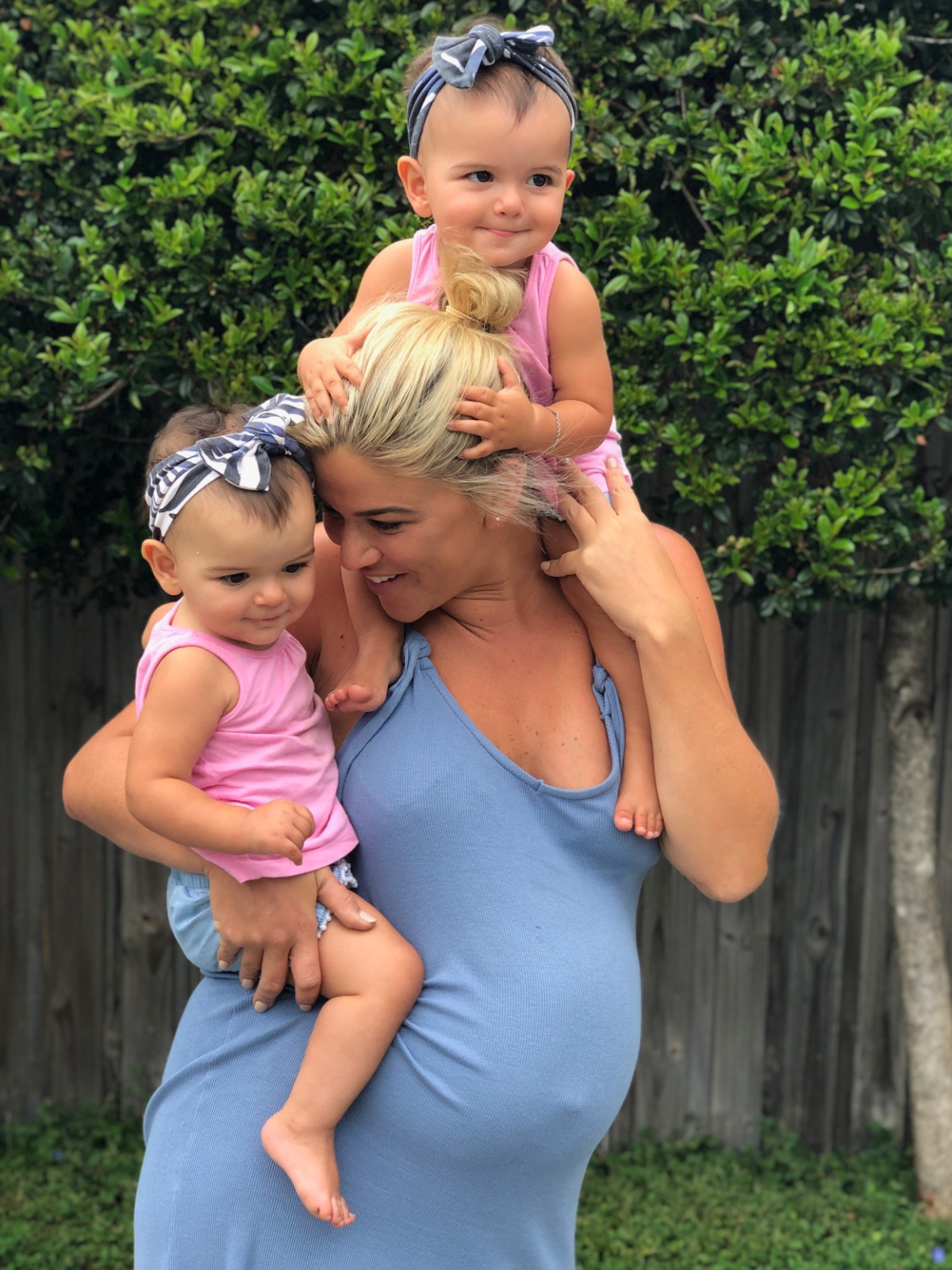 As the two births were to be so close together, rupturing of the uterus was a real concern, so another c-section was advised. But baby number three had other plans.

“About a week before (my son) Banjo was due, I was shopping for nursery furniture and I started getting what I assumed were Braxton Hicks contractions.

“I called my obstetrician just to be sure and I went in for a quick check up. I was surprised to find out I was 3cm dilated and in labour! I ended up having the c-section at 38 weeks instead of 39.”

The second time around was a completely different experience for Tegan, as there were no health complications or visits to the special care nursery.

“It was lovely to be able to hold him straight away and then have him in the room with me that first night.” 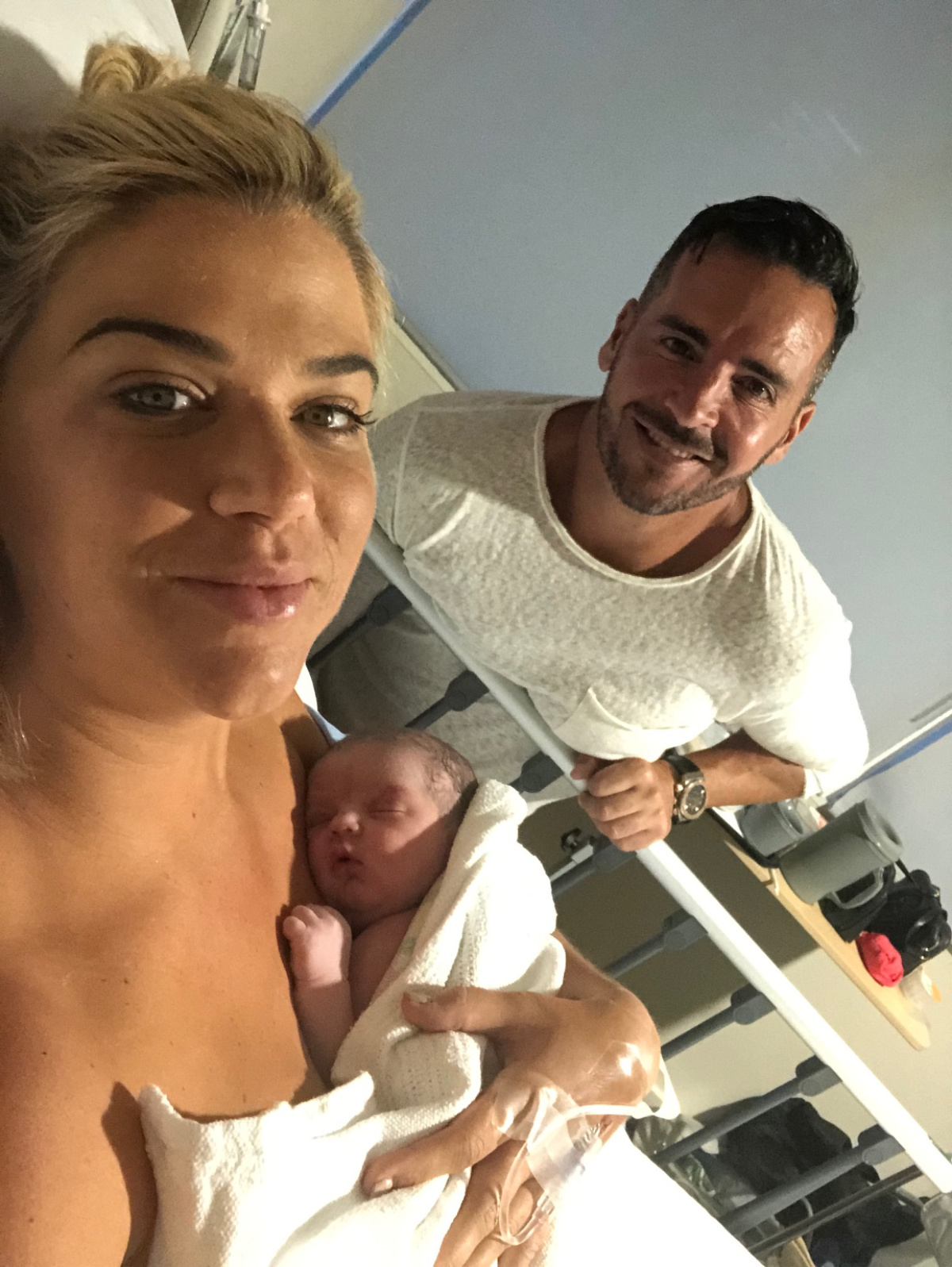 But during her first night as a mum to three under 13 months, Tegan woke up in excruciating pain.

“I was having weird drug-induced dreams where I thought they must have left the scissors inside me. The midwife came to calm me down and give me some pain relief.

“She told me it must be afterbirth pain, which is when the uterus is returning back to its pre-pregnancy size. They are apparently more common for women who have had previous babies.

“I literally had no idea about afterbirth and when I spoke to my sister-in-law about it, she told me her afterbirth pains were as bad as labour pains. Who knew?!”﻿ 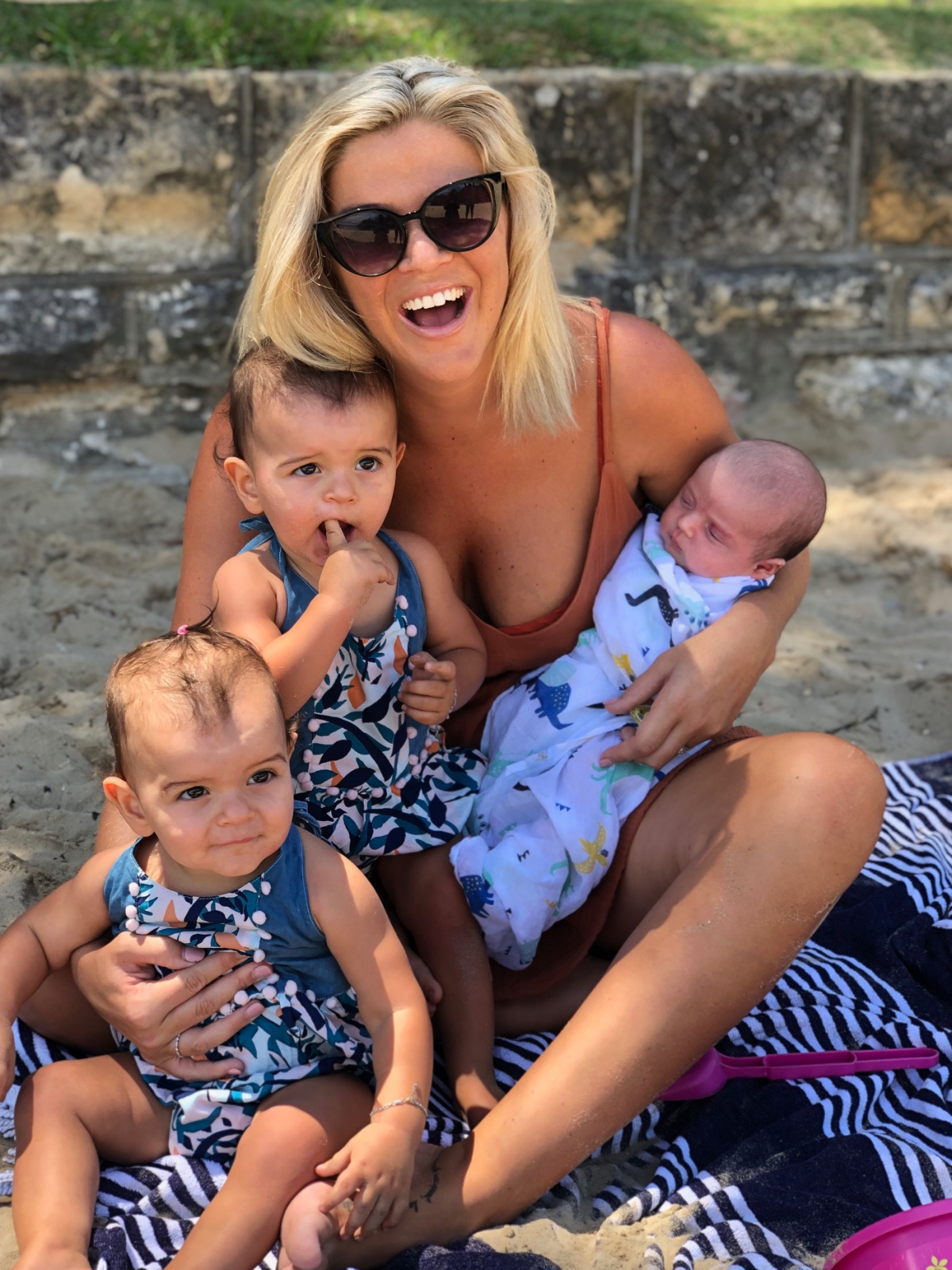 “Some things are out of our control and I was just happy to have my three healthy babies.

“I do think it is a bit unfair c-section mums don’t get called superwomen like natural birthing mums, because however the babies come out, birth is crazy, intense and amazing!”

To find out more about Tegan’s life with three kids under three, you can follow her on Instagram here. If you have an amazing birth story to share, let us know by emailing some details to: [email protected] and including 'My Birth Story' in the subject line.