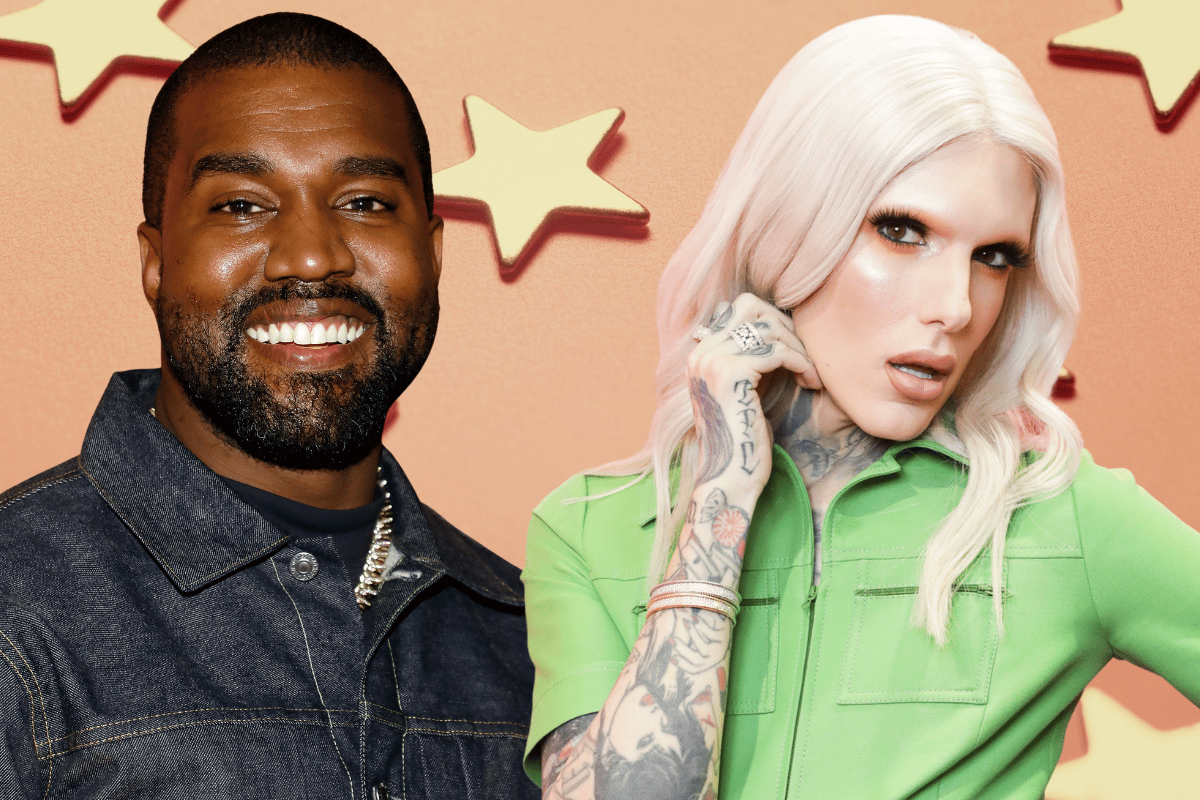 This week, news broke that Kim Kardashian and Kanye West's marriage is reportedly coming to an end.

According to multiple outlets, including People, Page Six and The New York Post, sources have claimed that Kardashian is preparing to file for divorce from her rapper husband after nearly seven years of marriage.

"He knows that she’s done. She has had enough, and she told him that she wants some space to figure out her future," a source told People.

"He’s okay. He’s sad, but okay. He knows the inevitable will happen, and he knows that it’s coming soon."

On The Ellen DeGeneres Show, Kim Kardashian shared that her Instagram photos "bother" and "upset" her husband Kanye West. Post continues below.

"Kim has hired Laura Wasser and they are in settlement talks," one source told the publication.

"Kim got Kanye to go up there [Wyoming] so they could live separate lives and quietly get things sorted out to separate and divorce. She's done," they continued.

"Now this divorce is happening because Kim has grown up a lot. She is serious about taking the bar exam and becoming a lawyer, she is serious about her prison reform campaign. Meanwhile Kanye is talking about running for president and saying other crazy s***, and she's just had enough of it."

In the past 12 months, Kardashian and West have faced endless marriage breakdown rumours.

The couple have reportedly been living apart for several months, with West living at the couple's Wyoming ranch, while Kardashian and their four children have remained at their family home in Los Angeles.

Now that there seems to be a divorce on the horizon, the rumours about the couple aren't slowing down.

The latest rumour? Speculation that a relationship between Kanye West and beauty guru Jeffree Star has played a part in their split.

Wait, where did this rumour even come from?

It all started on January 6 when influencer Ava Louise claimed that Kanye West was cheating on Kim Kardashian with a "male beauty guru".

In a video posted to TikTok, Ava Louise claimed: "A lot of people in the scene have known for a while."

"My source is legit, I promise," she added in the caption.

(It's important to note that Ava Louise is the influencer behind last year's "Coronavirus Challenge" on TikTok, which involved licking an airplane toilet seat. She has also appeared in a viral segment on Dr. Phil where she proclaimed that she'd "rather die hot than live ugly." Yep, not exactly a reputable source).

You can watch Ava Louise's questionable TikTok below:

i can’t say WHO cuz he’ll sue me hint hint but it’s part of the reason Kanye’s so religious now it’s his self hatred .... my source is legit I promiss

In just days, Louise's TikTok was viewed almost eight million times, as more videos about the rumour began surfacing on the platform.

Not long after the rumour exploded on TikTok, it was picked up by Instagram account Deux Moi, which shares anonymous messages sent in by followers about celebrities.

While the Instagram account shared the anonymous rumour about West and Star, they added that they "think it's not true" as Star has been dating in recent months.

So... is there any evidence of an affair?

Well, not quite. While some fans have managed to piece together some tenuous links between West and Star, they aren't exactly... convincing.

As fans pointed out on social media, both West and Star have been living in Wyoming in recent months. Previously, West and Star also lived in the same gated community, Hidden Hills, near Calabas in California.

In another tenuous link, fans spotted a tweet Star sent West in 2011. The tweet read: "Last night was so fun! xoxo."

Others even zoomed in on a photo of Star's glasses, claiming that they could see West in the reflection. ¯\_(ツ)_/¯

Why are all the e-detectives trying to see who is in my sunglasses reflection??? 😎 https://t.co/UWevGgMZyp

Then, just hours after the rumour went viral on TikTok, Jeffree Star stirred the pot even further by tweeting a photo of himself with the caption: "I'm ready for Sunday Service."

As expected, the internet responded to the bizarre rumour with endless memes:

Jeffree escaping when he heard Kim’s car in the driveway pic.twitter.com/Ni8nEAPOD1

I'm telling my kids this is Kanye west and Jeffree star 🙂 pic.twitter.com/YMOT1eug7K

kris jenner after she finished editing the video of jeffree star and kanye west pic.twitter.com/cLXrQtLUvB

Twitter going from Kim's divorce, to Kanye and Jeffree Star's entanglement to a Civil War in USA to Area 51 in 6 hours pic.twitter.com/0ekDVsL9Ne

What has Jeffree Star said?

Well, as you likely assumed, the rumour about Kanye West and Jeffree Star's "affair" isn't true.

In the video, the beauty guru shared that he woke up to his phone "blowing up".

"I get a million texts, phone calls, news outlets... I’m scrolling on the internet and I think I read the dumbest sh*t I think I’ve ever read in my entire life," he said.

"I guess some girl made up a lie on TikTok and it went viral, where she insinuates Kim and Kanye are getting a divorce because a 'big male beauty influencer' is sleeping with him."

Star went on to explain that while he has attended one of Kanye West's concerts in the past, he hasn't met him.

"Let me just say this one time for any news outlet, I like very tall men. Me and Kanye have never hung out and this whole thing is really funny," he said in the 23-minute video.

"So, I guess if this is the start to my New Year, then Happy New Year... I really can’t and if Kris Jenner orchestrated this whole thing, Happy New Year sweetie girl," he said, adding "Jeffree Star is single and I’ve never slept with Kanye."

What has Kanye West said?

While West himself hasn't responded to the bizarre rumour, a source "close to the couple" told E! News: "There is absolutely no truth to the Jeffree and Kanye rumours."

Likewise, Kardashian and West are yet to respond to the rumours about their relationship.

What has Ava Louise said?

On January 8, Ava Louise posted a new video to TikTok, admitting that she "made up" the rumours about Kanye West and Jeffree Star.

"I made this entire scandal up. There is literally not one bit of truth to anything I have said," she said.

"I just tricked the entire world into talking about me again because I was bored."

Reply
Upvote
1 upvotes
Wow, so much journalism...
gu3st 14 days ago