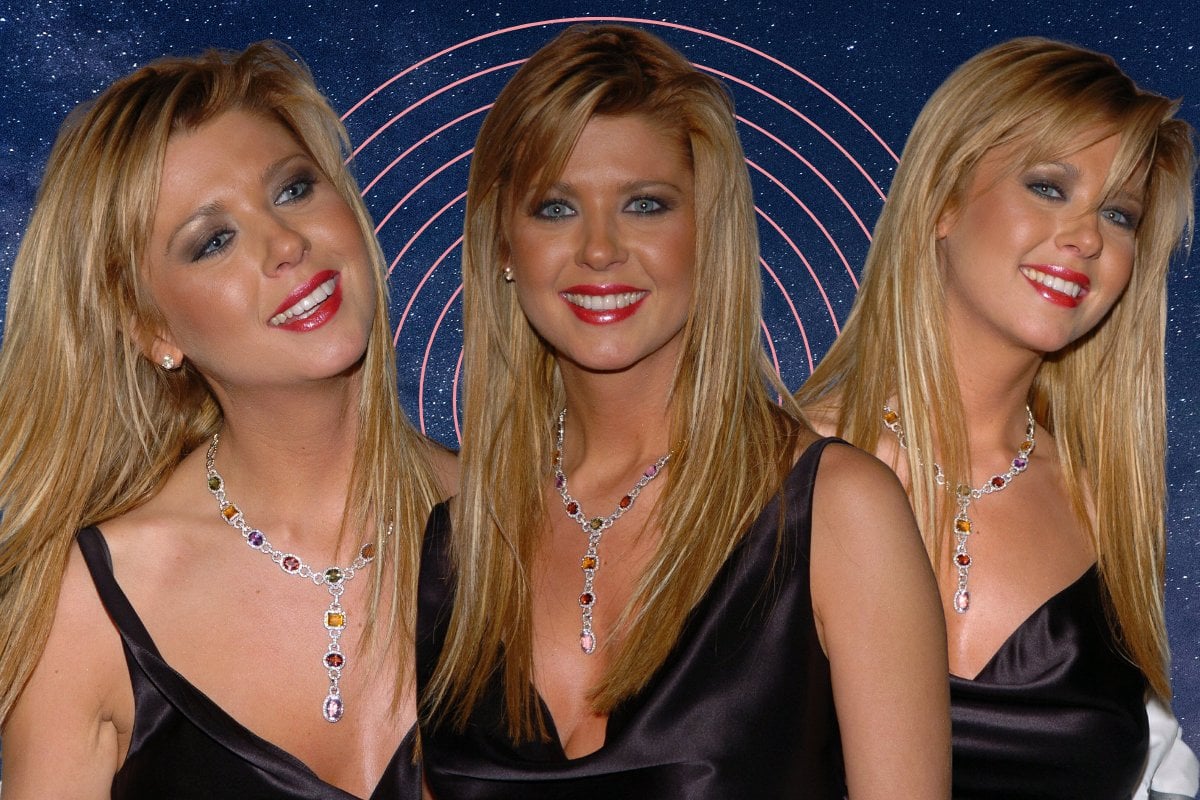 Warning: The following mentions domestic violence, which may be triggering for some readers.

Tara Reid was standing on a red carpet, smiling for the cameras, when she noticed heightened excitement among the photographers gathered in front of her.

They were laughing and high-fiving each other.

She stood there for at least 10 seconds, nervously smiling, wondering what was happening.

Then a publicist stepped into the frame and lifted the left strap of Reid's black dress back up onto her shoulder.

Her left breast had been exposed to the cameras for at least half a minute. In that time, the laughing and high-fiving photographers had captured a series of now infamous photos.

Within hours, those photos would be splashed on the covers of tabloid magazines and circulated around the internet.

"I just hated that the paparazzi were high-fiving each other and laughing," Reid would later tell Access Hollywood. "It was so cruel."

For years to come, Reid would be known as the nip slip girl. The party girl, the hot mess who'd had too much to drink and accidentally let a boob slip out. Some people would accuse her of planning the nip slip as a publicity stunt, whereas others would just write it off as the next logical step in Reid's downfall from rom-com queen to party girl.

It wasn't just the fact Reid's boob was exposed that made headlines; it was also that her nipple was unusual. Instead of her areola being a perfect round circle, Reid's was misshapen, as if a chunk had been cut out. After the incident, Reid was labelled "Franken-nipple" and later had to explain that her plastic surgery had gone wrong.

"It looked like I got completely butchered up," she told Today. "The areolas... they looked like goose-shaped eggs."

It wasn't the first time Reid was turned into an international laughingstock to sell magazines or advertising space, and it wouldn't be the last.

Reid started out in showbiz at a young age, after being talent-spotted in a New Jersey shopping mall. As a pigtailed six-year-old, she was a regular on the game show Child’s Play, before shooting over 100 commercials.

Her movie career took off in her early twenties. She was in The Big Lebowski, Urban Legend, Cruel Intentions and then, in 1999, the hit teen comedy American Pie, where she played the virginal Vicky alongside other up-and-coming stars like Chris Klein and Alyson Hannigan. 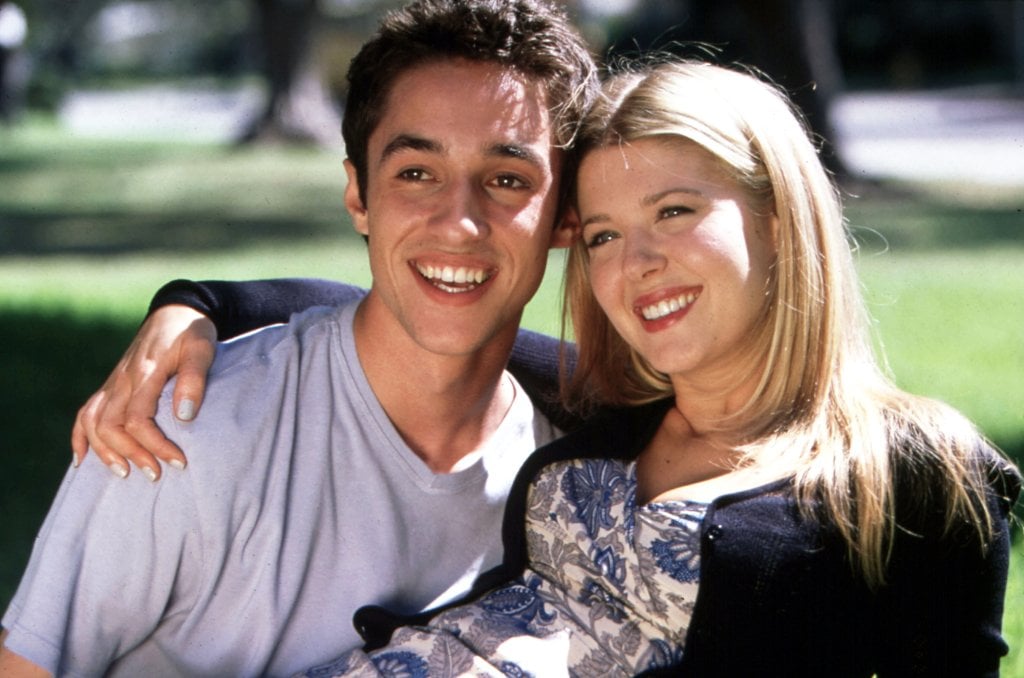 It should have been the beginning of a stellar acting career. But it wasn’t.

"At the time of American Pie my career was so high, it was blasting and then it dropped," she told the Mirror in 2019. "All of a sudden you go from one extreme to the other."

After American Pie, Reid made some unfortunate movie choices, including Dr. T & The Women and Body Shots. As her box office success dwindled, her appearances on the covers of tabloid magazines increased.

The media quickly figured out that Reid, and her nights out in LA, sold magazines and drove website traffic.

"If I was staying home and I’m not gonna get the meetings anyway, then what’s gonna happen?" she told Time in 2014. "You feel like you’re in jail. You’re not going to get the parts. You’re trying to be on your best behaviour and no one respects it. So you might as well just travel the world, meet new people, have fun."

Soon, it was impossible for the media to mention Reid without the words "party girl" in front of her name. In 2003, Entertainment Weekly announced she was joining Scrubs.

"At last, Tara Reid has found something to keep her busy for a while when she’s not dancing on tables or complaining that fellow party animal Colin Farrell benefits from a sexist double standard," the article began.

Then the wardrobe malfunction happened.

After that, Reid starred in her own travel series, Taradise. Which further cemented her image in the media as a laughable, party girl. The butt of the joke.

"Instead of playing down her image as a boozing blonde, Reid has embraced her inner Jacuzzi floozy, and this fiasco is quickly shaping up to be the biggest public meltdown since Chernobyl," one reviewer wrote.

It's important to note that during her time as the tabloids' favourite cover girl, Reid never broke the law. She didn't drive under the influence or attack the paparazzi, cause damage to public property or shoplift, or commit any of the minor offences that got other famous women of her generation "cancelled".

Read more: In 2021, we're finally reframing Britney Spears. She's not the only famous woman who deserves this.

Reid's only crime was enjoying herself a bit too much and being a bit too easy to photograph. 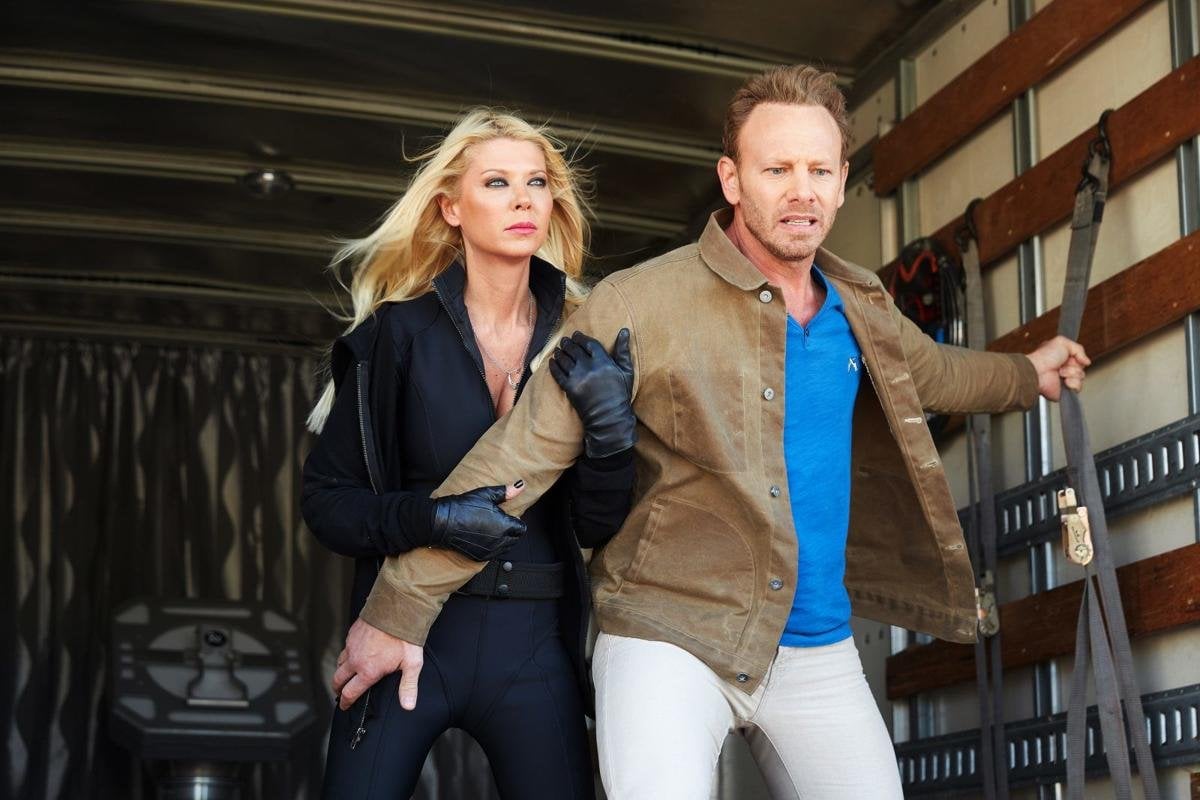 Reid and Ziering in Sharknado. Image: Southward Films.  The film, which followed Reid and Ziering as they battled a tornado filled with human-hunting sharks, was an unexpected box office success. Reid went on to star in its sequels through to Sharknado 5: Global Swarming and The Last Sharknado: It’s About Time.

While the franchise did little to elevate Reid's status as a serious actor, it did put her back on the promotional trail where it quickly became clear the media was determined to laugh at her.

In July 2016, Reid appeared on fellow actress Jenny McCarthy's radio show. Reid wanted to talk about the movie, but McCarthy continually brought the conversation back to her past, her body and her plastic surgery.

McCarthy even asked Reid whether she was "done going under the knife".

“No, I haven’t had any surgery for a while Jenny,” Reid replied. “I think I’ve made that clear, like, about 100 times. Maybe that’s because you only read the bad things, but I made that really clear [for] so many years, but read what you want to read.”

Reid then cut the interview short, saying: “It was really nice talking to you and really good luck with your show.”

Just as Reid was exiting the interview, McCarthy said: “I hope your knees get a little wobblier than they already are.”

The interview immediately went viral. While some laughed at Reid along with McCarthy, for the first time in years, many more defended the star.

LISTEN: Tara Reid's Hollywood downfall is not for the fainthearted. Post continues below.

Now 45, Reid is attempting to reclaim her narrative.

"[It bothered me] that [people thought] I was just a party girl and thought I wasn’t anything else because that wasn’t true… It didn’t make sense to get punished for having fun," Reid told Entertainment Tonight this week.

"I never got in trouble or got a DUI or do anything bad, really. So I feel like it wasn’t right. I felt really bullied by the studios and a lot of people and very misjudged."

As part of her rebrand, Reid has stepped behind the camera and is writing and producing her own movie franchise. She even asked Nicole Kidman to star in it (she declined).

Now that we're finally looking back and re-examining the media's role in the downfall of many of the women we loved in the early noughties, it'll be interesting to see how the public reacts to Reid.

Reid loved to have a good time and maybe she wasn't as savvy with the media as some of her contemporaries, but spending a large chunk of your career being labelled as a "party girl" and being the butt of the joke, is a high price to pay for that.

We still don't live in a world where we can't imagine a group of photographers laughing and high-fiving each other if a famous woman's boob was exposed in front of their camera. That could still happen. But we do now live in a world where that behaviour would be called out. And the woman in question would have a lot more control over her own narrative.

Let's hope, moving forward, we'll stop seeing the downfall of women at the height of their careers as pure entertainment.