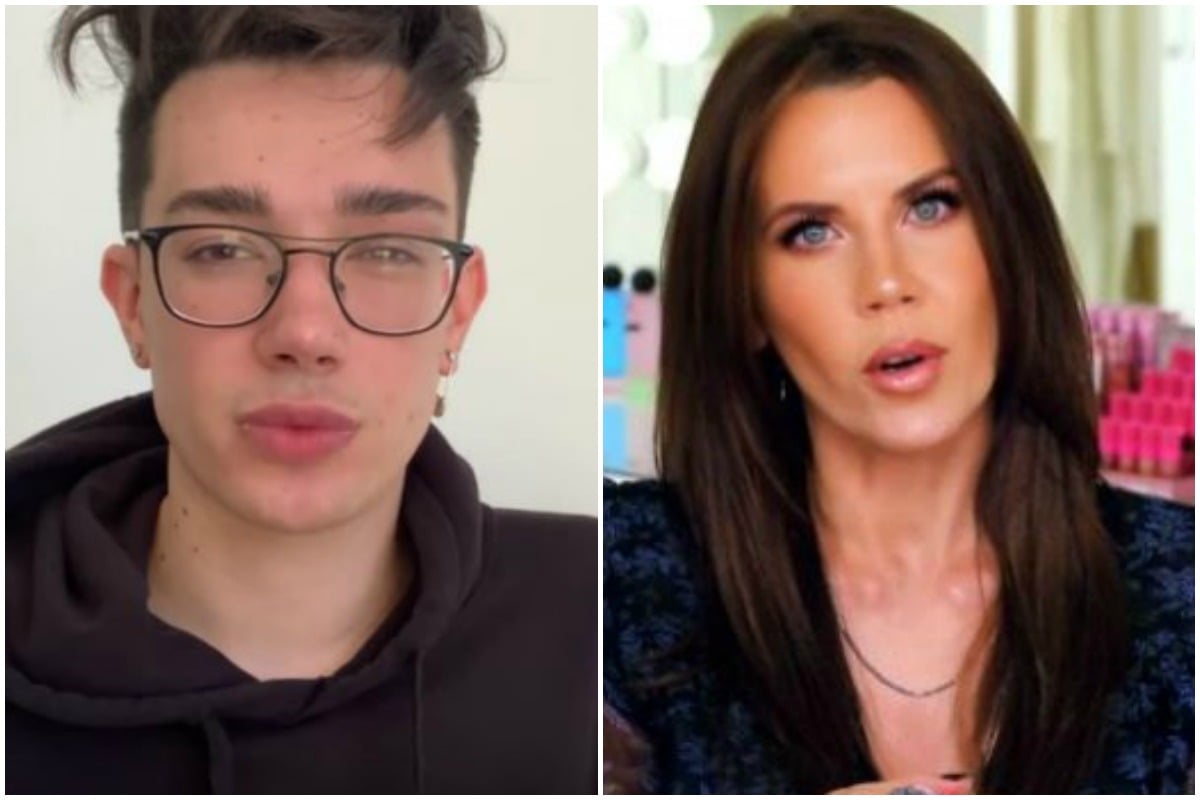 The beauty blogger feud that has occupied our social media feeds for almost two weeks appears to finally be over.

Before the tweets ending the feud came out, the 19-year-old addressed the damning allegations made against him by both Tati and Jeffree, in particular an incident with a straight waiter they allege he made sexual comments about at Tati’s birthday party.

“I am a 19-year-old virgin. I have never and will never use my fame, money, or my power to manipulate or get any sexual actions from a guy. That is disgusting. That is not me. The fact that Tati brought this up blows my mind,” James said in a 41-minute video uploaded to YouTube video on Sunday.

After James’ video, Jeffree released his own video response which he described is as “one of the most important videos” he’ll ever upload.

He said the scandal was “a huge wake-up call to reel me in,” confessing that he is completely done with the “tea, and the drama” in the aptly-titled video “Never doing this again”.

We all need to talk.. I’m never doing this again. https://t.co/CJRYBCYw5o

Then, Tati and James each released a final tweet to their followers, putting an end to it all.

Tati said she had been in contact with James, and both had decided to “put this matter to rest in the interest of their community, their followers and their own mental health”.

James’ tweet thanked both Tati and Jeffree and urged for “positivity moving forward” from the community:

Thank you @jeffreestar & @glamlifeguru for your sentiments. I am on board to move on, will not speak about this further, but do hope to speak in the future when we’re all ready. This week was awful for all of us and I ask that the community focuses on positivity moving forward ❤️

Here’s how the feud unfolded two weekends ago:

When James Charles appeared on Sunrise two weeks ago, hosts Sam Armytage and David Koch noted that the fan base outside their studio was similar to that which followed Justin Bieber when he was in Australia.

With 16.2 million followers on Instagram and 16 million subscribers on YouTube, James Charles stood out like a beacon of bling in the influencing industry. But within 48 hours, the 19-year-old’s career came crashing down.

His YouTube subscriber count went down by three million. His Instagram following reduced by 500,000. And it only continues to drop.

The Quicky deep dives on the world of beauty YouTuber feuds. Post continues after podcast.

So what was the catalyst for this downfall of epic proportions?

A 43-minute video, published by his former friend and fellow beauty influencer Tati Westbrook, that attracted 20 million views since it was uploaded on Friday, May 10.

In the down-the-barrel video, titled “Bye Sister”, Tati unleashes on all the reasons she has ended her friendship with James.

It all started when James publicly endorsed a vitamin company, Sleep Vitamins by SugarBearHair, which is a direct competitor of his long-time friend Tati's own beauty brand, Halo Beauty.

Although James publicly apologised at the time to Tati, saying "she has been like a mother to me since my first days in this industry," the beauty guru explained that it was the complete lack of support from her former friend which hurt her the most.

"Fame, power and a fat bank account will change almost anyone," the 37-year-old said of James.

"How entitled do you have to be to think that you have it rough? You are a 19-year-old millionaire," Tati, who has nearly eight million subscribers herself, added.

"Get off your high horse and have some respect. You don't have any for the people who are in this industry and that's the sad fact."

Tati continued by saying she felt "used" when he didn't return the support she had shown him throughout his entire career so far.

But it wasn't just the betrayal from James that motivated the video. It was the amalgamation of all the little things Tati had been privy to as a close friend of the millionaire.

Tati said that the main motivator for doing the video was the fact that his audience "is made up of 12 to 14 year olds... and he is role-modelling to them his behaviour".

"His behaviour online is what they are seeing and what they are emulating as how they should behave to be successful and be adored by the masses.

"Everything is over-sexualised, and that's the huge under-layer to this all that I finally have had enough."

The beauty YouTuber condemned James for his propensity to try to trick "straight men into thinking they're gay". And Tati isn't the only one who has criticised the influencer for his disregard of the sexual orientation of other people.

Since the video came out, singer Zara Larsson, 21, posted to Twitter that the influencer had tried to reach out to her boyfriend a number of times, despite being aware that he is a straight man.

I'm cackling cause he hit up my boyfriend in the dms several times knowing damn well he's straight https://t.co/yzCcdw9eWt

Prolific beauty blogger Jeffree Star then weighed in with a since-deleted tweet in which he called Charles a “danger to society.”

“There is a reason that Nathan banned James Charles from ever coming over to our home again,” he wrote. “There’s a reason why I haven’t seen him since @GlamLifeGuru‘s birthday in February. He is a danger to society. Everything Tati said is 100% true.”

James initially responded to Tati with his own YouTube video, apologising for his behaviour.

"What sucks the most is that I know there’s nothing I can say or do to ever earn that friendship or trust back but I don’t blame them for it," he said.

"A lot of the time when I’ve had to address things in the past, I’ve acted out of impulse and I’ve gone off and tried to pull receipts or facts or screenshots and play the victim and I’m not doing that today, I’m not.

But despite his efforts, the apology didn't do him any favours, with his follower count continuing to drop. And Tati herself has gained millions of subscribers since her video.

It really was the battle of the beauty influencers.

I don't get it. These people have phones, and actually know each other, right? So why dueling videos at dawn or high noon or whatever? If I owe an apology, I call or go to their house or write a real letter.

Hope he was responsible with his money and didn't just blow it. Being an influencer would be a one time gig I imagine.