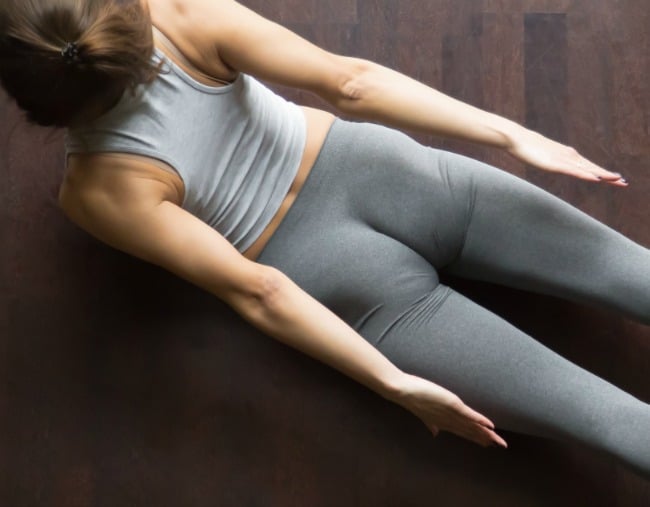 It always starts with a friend of a friend.

“My best mate refuses to wear undies to the gym,” a friend told me over dinner.

“Yeah,” she continued, enthusiastically. “She says she just hates having a visible panty line so ditched them altogether. I worry that the seam would get all up in my bits…”

We then talked about sweat, or a surprise period, or even an unfortunate mid gym-session wardrobe malfunction where a hole appears out of nowhere and suddenly you’re charged with indecent exposure (which, honestly, no one has time for).

To be clear, there was no judgement. Only curiosity.

So I dug a little further.

It turns out going without underwear under your yoga pants is totally A Thing. Thus, there are two – nay – make that THREE types of gym goers.

2. The Vag Protectors: These women would like their vags to be supported during exercise. They don’t care even a little bit about panty lines and are, instead, more embarrassed about their heavy breathing and inability to do a push up.

3. The G-Stringers: These women are a HYBRID. They address the panty line issue, but also like a lil’ bit of coverage over their lady hole.

According to a survey done by Cottonelle, approximately 8% of women can be classified as Free Vags.

Around 25% of women dabble, oscillating between freeing the vag and supporting it.

Fiona told Mamamia, “I heard one day that some women didn’t wear undies [during exercise] and so I thought I would try it and honestly it’s so much better.

“No wedgie mid squat and the wanting to pull knickers out of your bottom mid class when people are behind you.”

Sada added, “I find g-strings get all the way up in there. So no undies is bliss. I always wash my leggings after wearing and sometimes might stick a pantie liner to the ‘undies’ bit.”

Women are always so shockingly resourceful.

But others were not convinced.

Carissa said, “I would be terrified of having a camel toe!” a concern echoed by many respondents.

Women were also worried about sweat, the seam being uncomfortable, chafing, getting their tights, er, dirty, bending over and exposing their bum (because tights are often a little bit see-through).

G-string wearers said they’d found the perfect middle ground, not having to stress about visible lines OR pools of vag sweat.

One woman, however, made a hypothesis about her Free Vag sisters.

“Don’t you worry about fungal infections?”she remarked – something I hadn’t considered but thought was worth following up.

“Going commando in gym tights for only a short duration of exercise isn’t going to be a problem.

“Overall, this isn’t a worrying health issue. However, what is worrying is the number of women apparently concerned about others seeing their VPL (visible panty line). It’s important to wear whatever makes you feel comfortable. Be free and keep exercising!”

I don't know particularly why I care, but am I the only one who wears tiny exercise shorts over leggings? It's super comfy, everything can breathe, I don't have to shave my legs, and I don't have to worry about wardrobe malfunctions or people staring up into my nether regions while I do my lift bridges... Plus the effect is cute and gives the impression of modesty while "unfortunately" framing the general shape of the area to it's advantage... Well I never claimed to be perfect.

I've always believed in going commando in yoga pants at the many many gyms I've frequented - maybe one day they'll let me back.