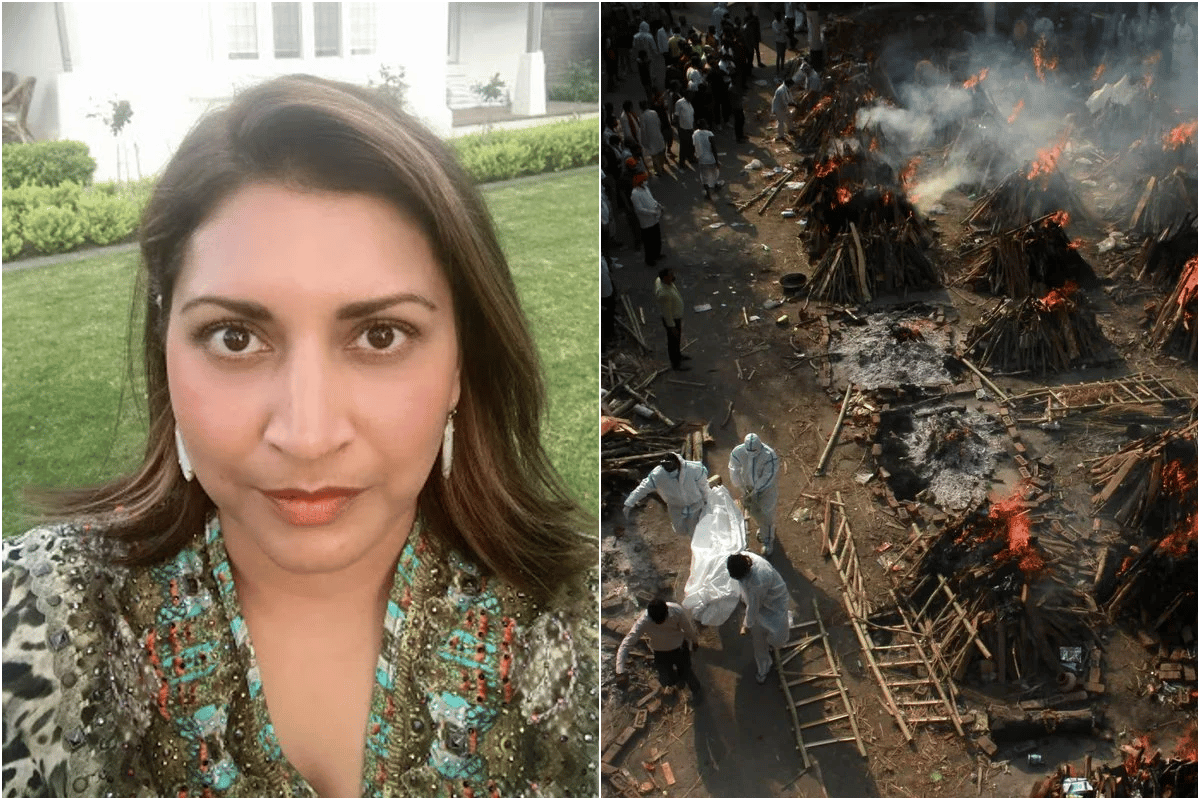 I’m not a religious person, but I’m praying for India right now.

We’ve seen the photos making international headline news, of people queuing for emergency medical attention, of mass funeral pyres, as the country cracks under the weight of 17 million COVID-19 cases.

But as a woman whose parents are of Indian heritage, who was born in Australia but identifies herself as Indian, too – I see something very different.

Every woman in a sari could be my mum, my aunt, my cousin, me.

India is my spiritual motherland and it’s a tie which cannot be broken. Which is why it’s a heartache like no other watching it go down in flames as it fights to survive the almost unsurvivable.

This is especially because my uncle died from COVID-19 in the city of Bangalore last week, and my mum’s only remaining sister, my beloved Mausi (aunt) is currently hospitalised with it. 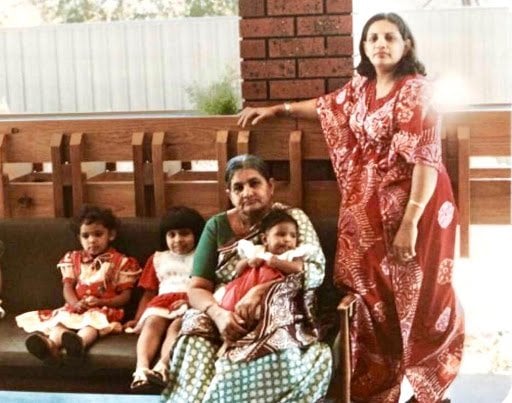 I sound Aussie as, but I’m 50-50 on the inside because my heritage is also Indian.

On Tuesday, professor Mary Louise McLaws, Epidemiologist and adviser to the World Health Organisation, told the Today Show that in comparison to “countries like Turkey, Brazil and the US” India was responsible for half the cases globally in the past 24 hours.

McLaws also explained that COVID-19 is rampant in India because of the sheer size of the population - breaking the already broken healthcare system, and the impossibility of effective social distancing.

We talk about the dire state of our Australian emergency departments… but times that by the population of India – almost 1.4 billion – and, well, even the most well-resourced country would be straining.

Knowing what I know about the healthcare system of India, from my parents and from personally visiting hospitals during pre-COVID-19 times, it’s difficult to summon hope.

There are, quite simply, very limited resources in terms of equipment, medicine and staffing and government funding.

You see in India, the system was broken to begin with.

No, I don’t mean before the pandemic griped the world. I mean since forever.

India is at breaking point as COVID cases there surge to more than 17 million. Hospitals and crematoriums are overwhelmed and health authorities fear the infection peak could still be weeks away. #9Today pic.twitter.com/kJ5QQVbEz5

I’m certainly not saying I could do a better job myself, but with such dire poverty and only just behind China in population, it would take bold, effective leadership in healthcare over a long period of time to make even the slightest of change.

The trouble is, healthcare is not the only urgent issue. There’s widespread homelessness, access to basic education, and child labour, for a start.

And because of the population, it takes time for any changes to make an effect.

Sadly, despite India managing the first COVID-19 wave well, complacency set in and in the face of a more virulent second wave, the country was too under-prepared to stand a chance.

The attitude of the Prime Minister, Narendra Modi, has also played a part.

For example, the world's largest religious festival, Kumbh Mela (festival), was not cancelled. And earlier this week Modi was reportedly proud of the size of a crowd at a political rally for his party.

There could and should have been earlier intervention and appeals to allies such as Australia.

Reading about India and watching the distress is difficult and frustrating. The numbers seem insurmountable. I don’t even feel confident that international humanitarian aid will make an impact at this stage.

It was certainly too late for my uncle, and maybe for my aunt.

It sounds strange but I feel something akin to survivor’s guilt.

I know the dire state of healthcare was one of the reasons my parents decided to build a life in Australia. They wanted better for their kids.

They were lucky enough to have the education and skills to be able to do that. 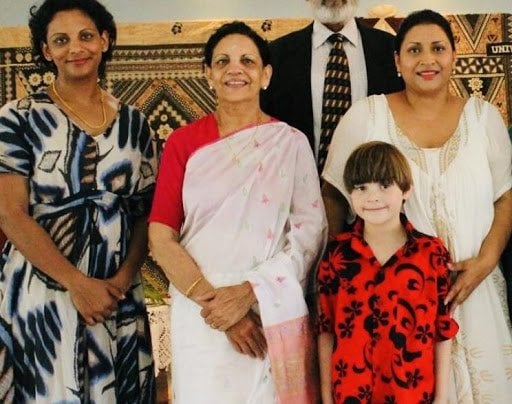 Me with some of my family.

But now I see my cousin, who’s just lost her father, is desperately hoping for a different outcome for her mum.

I see my mother over here, a doctor with her hands tied. We learned last week with my uncle’s death that the situation is not better in the private healthcare system.

It’s just luck at this point.

Which is why it’s so frustrating to know that it’s always been this way. Why us insiders wish the system had been fixed – or at least, been able to provide basic care for all of its citizens – as it should have been, decades ago.

The pandemic has just highlighted to the world what Indians have always known: their health system is in dire straits and is totally insufficient at regular times - let alone during a pandemic.

Hopefully it’s a wake-up call for a country that’s smart enough to know and do better.

Please pray or send good vibes for my Mausi, so that she gets to go home safely, soon.

Reply
Upvote
I really hope your aunt recovers. It is so heartbreaking to see what’s happening.

Reply
Upvote
I am in the same boat as you and feel your pain.