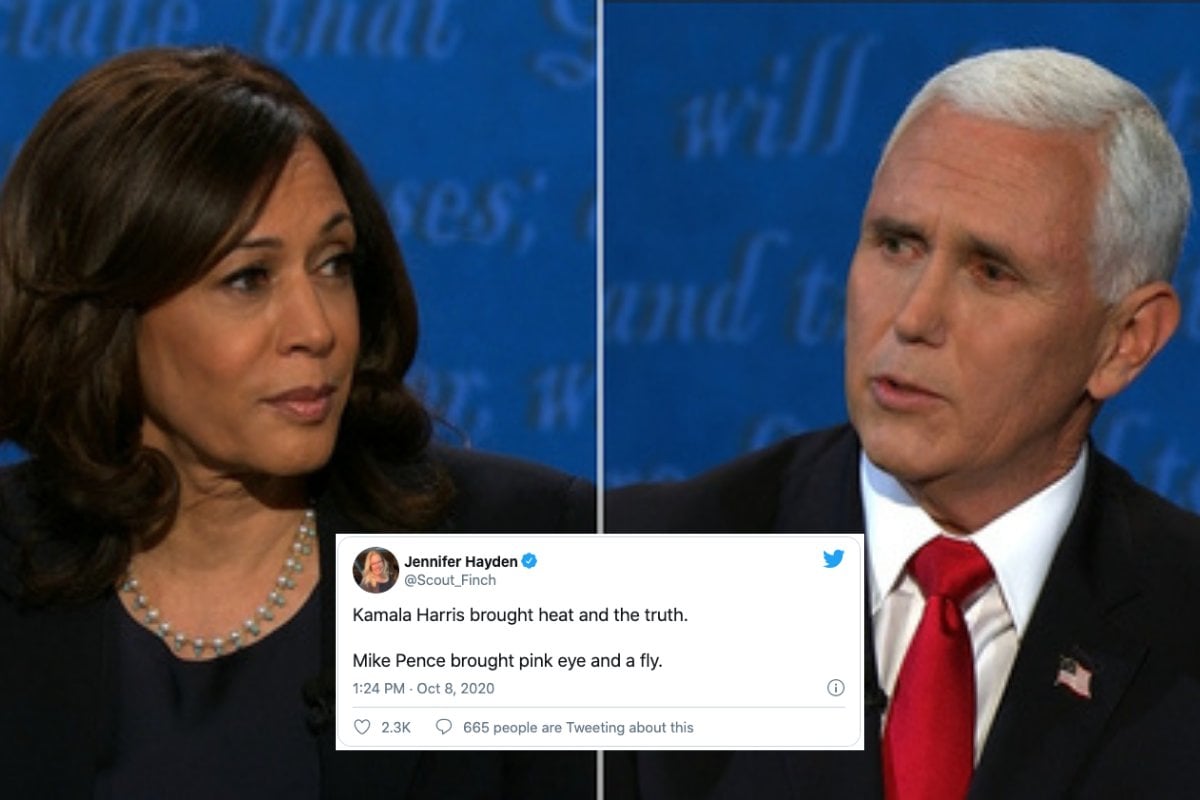 Our ear-holes have barely recovered from the uberly frustrating shouting match that was the 2020 Presidential Debate between Donald Trump and Joe Biden, but democracy stops for no one (apart from maybe mail-in votes if Trump has anything to do with it), so we’re back to it with the VP Debate.

Pence and Harris agreed on approximately none of these topics.

Fortunately, there were two rather fetching pieces of plexiglass separating the two, so there were no fistycuffs or, you know, a transfer of a highly contagious infectious disease.

Yes folks, it was another wild ride. Albeit a slightly more eloquent one, with less blatant disrespect for the rules.

But what did the internet have to say about the VP Debate?

We’ve gathered the best tweets surrounding the live debate and plonked them all here for your viewing pleasure - including a dedicated section honouring the fly that resided on Mike Pence’s head for the majority of the debate. Bless that bug.

LMAO WHY DO WE STILL NEED TO ASK CANDIDATES IF THEY BELIEVE SCIENCE?! IT IS LITERALLY 2020. I HATE IT HERE #VPDebate

KAMALA WITH THE RECEIPTS THANK YOU SUSAN

Every muscle in Kamala's face is beating Mike Pence in this debate right now.

Would like this image of Kamala Harris tattooed on my back pic.twitter.com/QZy2i8LuOt

And now our ode to that blessed bug...

There are already MORE THAN A HUNDRED "Fly on Mike Pence's head" Twitter accounts. pic.twitter.com/KrVmcONHsT

You know what flies are attracted to. pic.twitter.com/zivYwN82sb

Kamala handily won that debate. The fly gets second place.