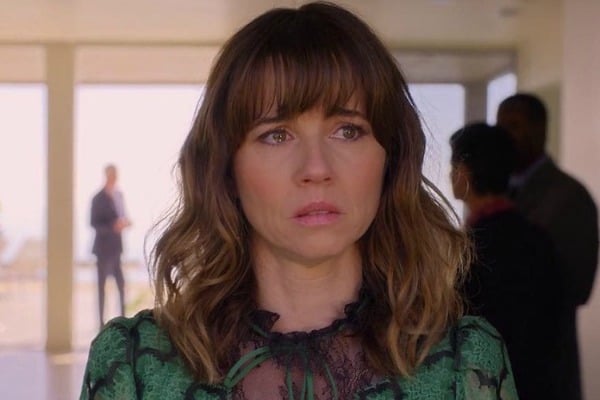 As if the last few months haven’t been chaotic enough, the planets are about to swoop in and mess everything up even more.

Amid the global COVID-19 pandemic, which has turned thousands of lives upside down, Venus’ retrograde – a time believed to put a strain on our relationships – has just kicked off.

If you’re not up-to-date with the astrology lingo, a planet being in retrograde basically means that it’s moving backwards, which can ultimately lead to some pretty messed up energy shifts.

“The planets are not literally turning backwards of course, rather they appear to be pulling in force backwards past our planet as the solar system rotates at different speeds and in different orbits,” Lynette Arkadie, an energy consultant and mindfulness mentor, told Mamamia.

Over the years, it’s likely you’ve heard people talking about Mercury retrograde, which has become a means for people to blame every single inconvenience in their lives on an astrological event.

This is because, as astrologists believe, when the planets pull their cosmic forces backwards against earth, it can have an impact on our own personal energies – throwing our lives into disorganised chaos.

Unlike Mercury retrograde, however, Venus retrograde has a slightly different impact on our lives.

While Mercury retrograde has an impact on all forms of communication and even the way we think about things, Venus retrograde is all about our relationships and love lives.

How will Venus retrograde impact me?

Writing for Vogue, astrologer Alice Bell explained that Venus retrograde can have a huge impact on our relationships.

“When Venus appears to be moving backwards in its orbit, all of the qualities Venus embodies slow down and get directed inwards,” she explained.

“Venus represents your love life and how you socialise; so, during this retrograde, these areas in your life may become less clear.”

But what does that mean for you?

Well, as Venus retrograde can affect communication within relationships, it’s likely that you may encounter some more tension in your relationship, as jealousy, insecurities, and commitment issues arise.

Speaking of tension, you might also be more likely to see texts or messages appearing from exes during this period. (Yep, no thanks).

It’s not just romantic relationships that can be affected by Venus retrograde. In fact, it’s likely that this time period could affect your friendships as well.

“You may find it difficult to talk about lighter topics with your friends, or you may be easily annoyed by the little things they do,” Bell said.

Today is the first day of Venus Retrograde, at this time emotions and sensitivities may run high in friendships, romance, and any other close interpersonal relationships. Be understanding with yourself and others during these next few weeks.

venus retrograde in gemini can bring up jealousy, insecurities, overcompensation, commitment issues, issues with giving/ recieving affection, returning past love connections, and emotional withdrawal. the ability to forgive, love, create, and communicate may be tested!

Thankfully, it’s not all negative.

While Venus retrograde may ultimately lead to the end of some relationships or friendships, it’s a time where it’s likely that new relationships can form as well.

Astrologers agree that it’s also a good time to maintain and mend existing friendships and relationships.

How can I retrograde-proof things?

Previously speaking to Mamamia, Lynette Arkadie of My Energy Mentor shared her tips to beat the astrological funk.

Here are some of the tips she shared: