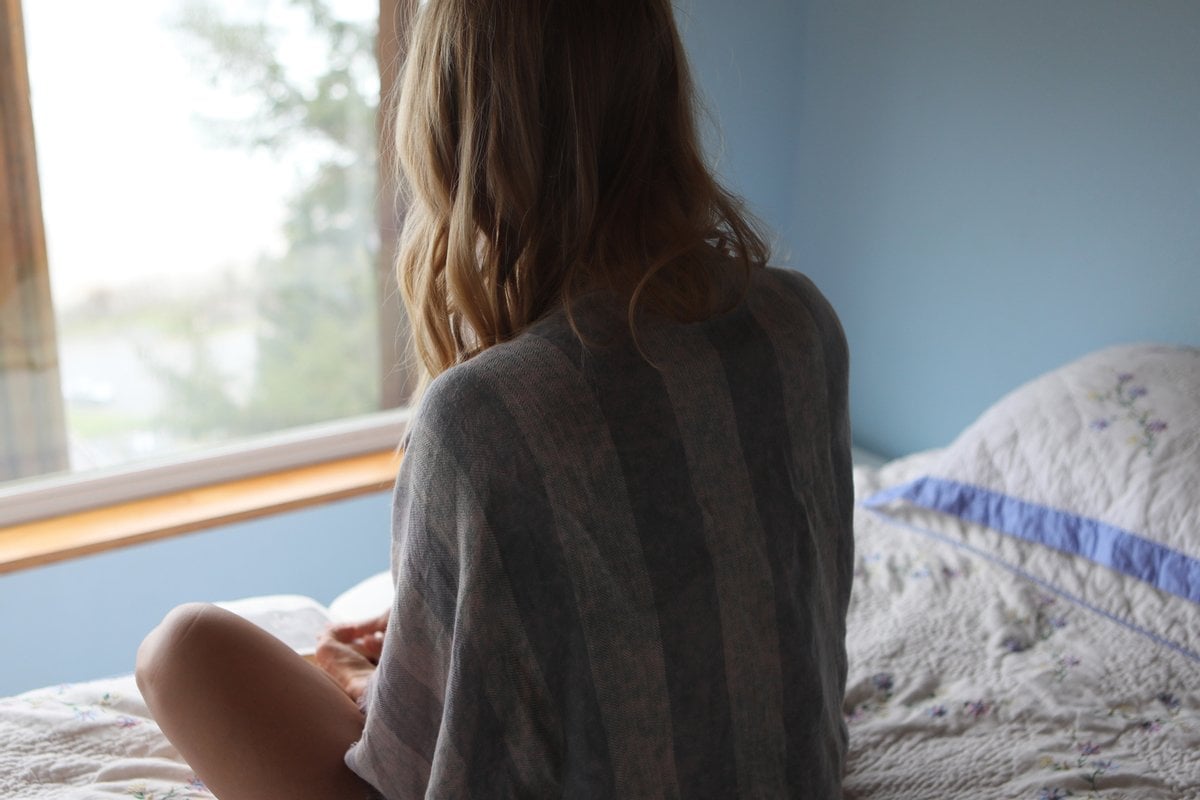 I’ll admit it. There were a few times I thought to myself that the COVID vaccines had been rushed.

This was particularly so when I was pregnant and was concerned that there hadn’t been enough time for research to be done on the effect of the vaccine on unborn babies.

Then before I knew it, COVID was right on our doorstop in Sydney and I was panicked.

Watch: Everything that happened in Sydney's COVID-19 outbreak two months ago. Post continues below.

My sister-in-law works at a medical practice and offered to book us in for a Pfizer jab. It was like being told that I had a winning lotto ticket.

I couldn’t believe how lucky I was to have been offered this golden opportunity.

I asked my husband when suited him to have his jab and was astounded by his response: “Nah, I’m good.”

What? You’re good. What do you mean you’re good? Did he not understand that getting Pfizer was like finding hen’s teeth?

He reasoned that he didn’t think that there had been enough research done on the vaccine. He started telling me about a few “Facebook videos” that spoke all about COVID and media hype and propaganda.

I was waiting for him to laugh and say that he was joking. He wasn’t.

I couldn’t believe that he was discarding this opportunity like it was nothing.

The days went on and as COVID cases rose, so did my anxiety.

I’d talk to friends and family who would tell me about people they knew of who had contracted the virus, who now had to carry around oxygen tanks or who couldn’t muster the energy to hang out a load of washing.

I attempted to relay these horrifying stories to my husband, hoping that the thought of permanent debilitation may change his mind. He responded with: "This is exactly what Alan Jones was talking about. Scare mongering."

I couldn’t believe my ears.

I tried arguing that these were real people and real stories and he acknowledged that they probably were but that they were probably old or that they had underlying conditions, even if I provided evidence that they were young and healthy.

He told me he knew his body and that he was young (40) and that it wouldn’t happen to him.

During this time our newborn was hospitalised for a respiratory illness that our toddler had picked up from school.

At my husband’s request we pulled our toddler out of daycare so as to keep COVID and other illnesses away from our young family.

I thought that my husband's decision to pull our son out of care, on top of seeing our two week old baby tubed and on oxygen would be enough to make him realise the importance of the vaccination and of keeping our family safe. It wasn't.

For me, seeing my newborn so sick from such a minor illness amplified my anxiety about my children getting sick from COVID.

I have begged and pleaded with my husband to get vaccinated more times than I can count.

I’ve tried to be calm and reasonable. I've screamed at him for being selfish and tried to explain that getting vaccination will lessen the risk of passing it on to our kids.

I’ve tried. His parents have tried. Everyone has tried to no avail. The frustration I feel is immense. I’m beside myself that keeping our kids safe and keeping COVID out of my house is out of my control.

With the country moving towards mandatory vaccination in order to resume life, it seems our little family will now be literally divided.

Reply
Upvote
1 upvotes
How awful, I’m so sorry you’re going through this!  I find it very difficult to understand how a father would put his personal opinion before the health and safety of his own children.  That he refuses to see reason or even reconsider his position must be incredibly hurtful to you.  Children should always come first and that he isn’t prepared to do that, well for me, that would be a deal breaker.  Wishing you the very best of luck and hoping your family stay covid free.

Reply
Upvote
You should move to South West or Western Sydney - he won't have a choice!
No jab, no job over here. We can't work until we're fully vaccinated over her (I think it may have changed recently to first jab - I can't keep up), alongside someone from your end who gets to choose not to have it and keep their job - and work in our LGA if they need to!
Welcome to our classist Liberal Government.
News
General
Opinion
True Crime
Politics
Sport
Explainer
Entertainment
Celebrity
Reality TV
Movies
TV
Books
Rogue
Royal
Lifestyle
Beauty
Fashion
Weddings
Home
Wellness
Health
Fitness
Travel
Food
Parents
Before The Bump
Pregnancy
Baby
Kids
Teens
School
Parent Opinion
Work & Money
Money
Finance
Career
Lady Startup
Relationships
Sex
Dating
Separation
Friendship
Family
Real Life
Couples