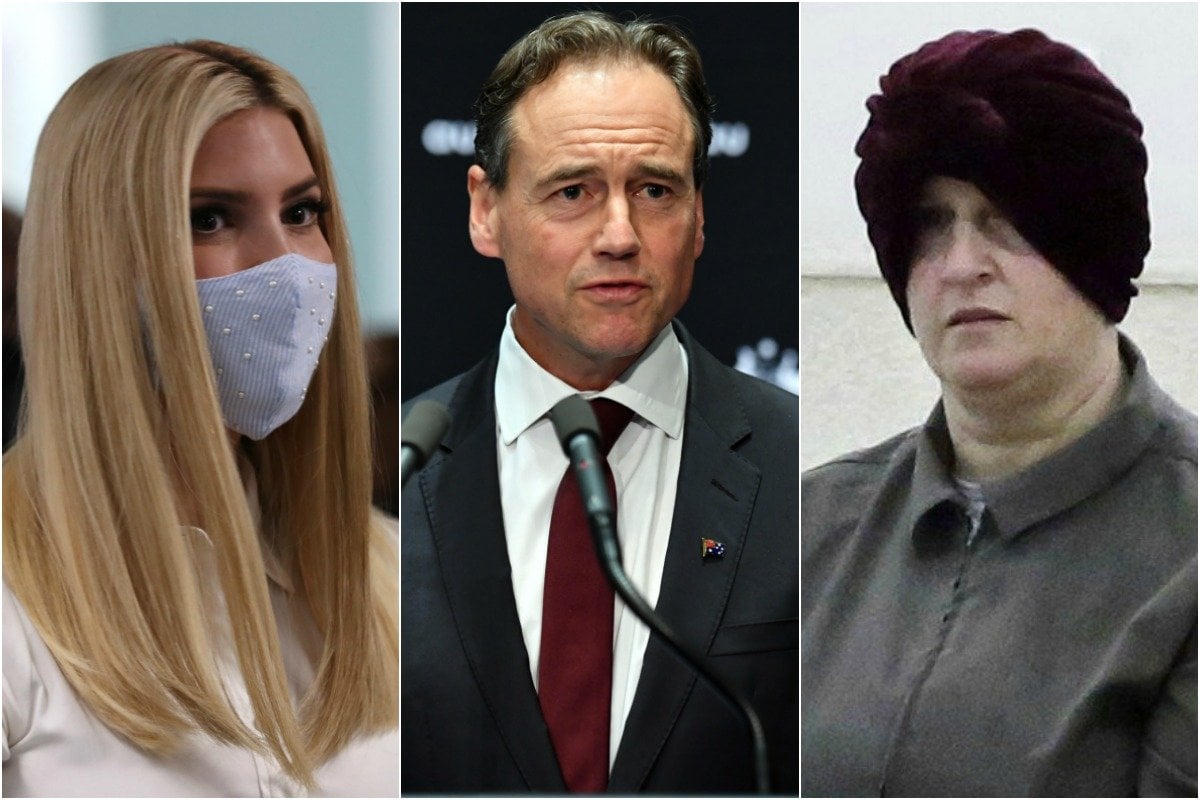 MPs may get virus jabs to boost confidence.

Federal politicians could receive a coronavirus vaccine to shore up public confidence in its safety once the medicines regulator approves one.

Health Minister Greg Hunt has discussed the issue with his opposite number, Labor's Chris Bowen.

"None of us want to be jumping the queue, we're quite acutely aware of that. But nor do we want to show any lack of confidence," Mr Hunt told reporters in Canberra. 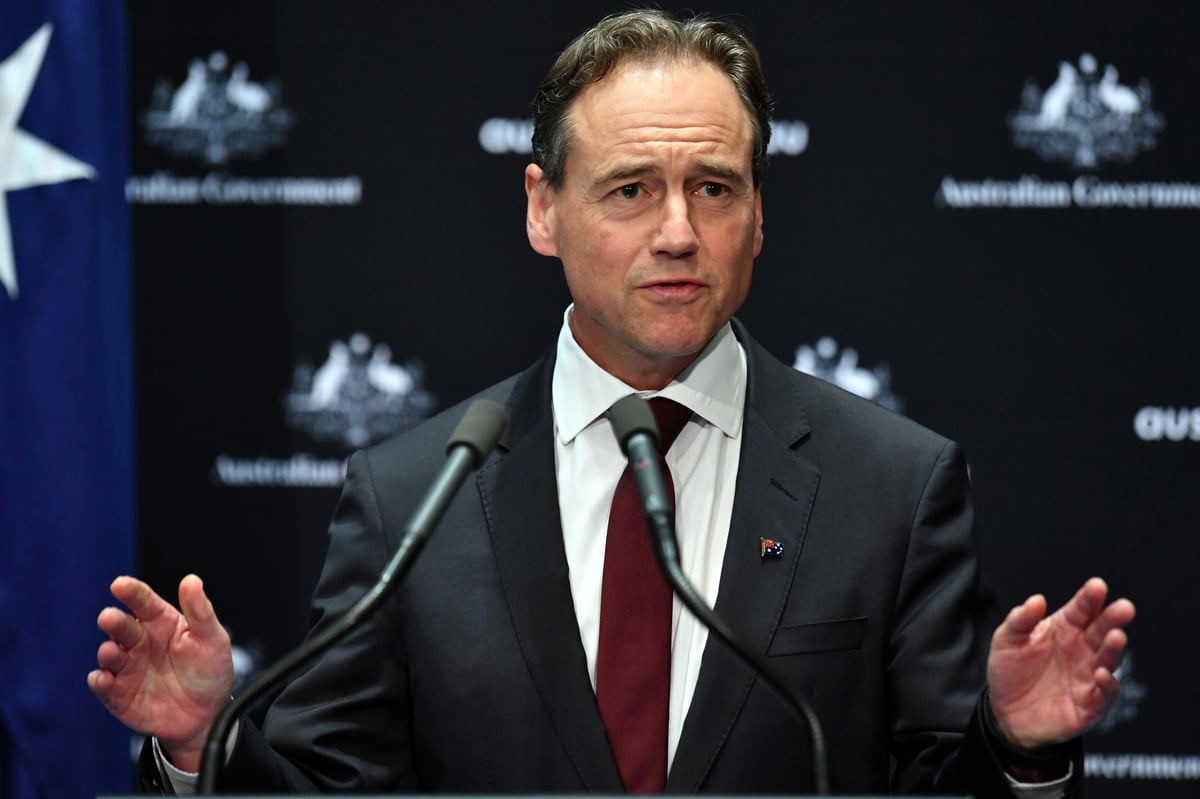 He said a group of MPs and senators from all side of politics could be put forward on a voluntary basis as a demonstration of the vaccine's safety.

"I would be very happy to take any vaccine that the medical regulators deemed safe for Australia," Mr Hunt said.

"Obviously immunisations can assist that but all through this we have been very disciplined in hearing the medical advice, listening to it very carefully and evaluating that," he said.

Mr Morrison said once the head of the Therapeutic Goods Administration John Skerritt approved a vaccine, he would be happy to receive it.

Read: One million people already vaccinated and UK starting next week: Here's what that means for Australia.

A woman has been charged with murder after being accused of lighting a house fire in southwest Melbourne that claimed the lives of a young couple and their newborn daughter.

The Point Cook townhouse was destroyed in the Wednesday morning blaze, with the bodies of 19-year-old Abbey Forrest, 28-year-old Inda Sohal and newborn baby Ivy found in the ashes.

The intensity of the fire raised suspicions among arson and explosives squad detectives that it may have been deliberately lit, with police arresting Jenny Hayes, 46, in Airport West on Thursday morning.

A 46-year-old Airport West woman has been arrested after Abbey Forrest, 19, her partner Inderpal 'Indi' Sohal, 28, and their three-week-old baby daughter Ivy died in a house fire in Point Cook in the early hours of Wednesday.
Today's story from @jackpayn:https://t.co/QSo6jcD16P

She was later charged with three counts of murder plus arson causing death, and declined to appear in Melbourne Magistrates Court on Thursday night as her case was briefly mentioned.

Magistrate Luisa Bazzani questioned what the relationship was between Hayes and the family, but her lawyer Erin Byrt said it was yet to be disclosed.

Hayes is due back in court in March.

A GoFundMe page she set up to cover funeral and memorial costs has raised more than $10,000 in less than 24 hours.

Four people have died following an explosion at a waste water treatment plant near the southwest England city of Bristol, police say.

Chief Inspector Mark Runacres of Avon and Somerset Police said that a fifth person was injured during the explosion at Avonmouth but that his condition is not thought to be life-threatening.

He said the incident was not terror-related but would not speculate on the cause of the blast.

Prime Minister Boris Johnson said "our hearts go out" to the victims of the Avonmouth tragedy and their families.

"Deeply saddened to learn that four people have lost their lives in the water works explosion in Avonmouth," he said on Twitter.

NSW is racing to trace and test contacts of a coronavirus-infected hotel quarantine worker, as Western Australia weighs up delaying the border reopening over the case.

The new case, a woman who performed house duties at the Novotel and the Ibis at Darling Harbour, ends the state's 26-day streak without a single new case of COVID-19 in the community.

Her five household members have since returned negative tests, and NSW Health is awaiting the test results of a small number of her close contacts.

NSW Health will be asking people who travelled on the below services at the following periods to get tested immediately and self-isolate, until further advised by NSW Health. pic.twitter.com/3cQRPm0dp0

As a precaution, NSW Health is also conducting wider testing of staff at the hotel complex.

Authorities are concerned she may have been infected through another worker.

WA Premier Mark McGowan on Thursday said it was too early to make a call on borders, but voiced concerns a cluster could form from the new NSW case.

"Obviously if the chief health officer recommends that we delay opening to NSW, then that is the decision we will make," he said.

Any outbreak could also see Victorians barred from the west.

A Melbourne truck driver "talking nonsense" about witches was told not to work just hours before a horror crash that killed four Victoria Police officers.

Leading Senior Constable Lynnette Taylor, 60, Senior Constable Kevin King, 50, and constables Glen Humphris, 32, and Josh Prestney, 28, were killed when they were struck by Singh's semi-trailer while impounding a Porsche.

The truck driver who killed 4 police officers on the Eastern Freeway had barely slept and was in the grips of an ice binge when he got behind the wheel.

On the morning of the crash someone told Singh to go home and rest for the day, claiming he had been "saying witches are coming and we have to leave," the witness told police, according to newly released court documents.

"I had never seen anyone as drug f***ed in my life. He hadn't slept for eight days."

Singh repeated his claims about witches to police after the crash.

Singh had been engaged in a "sustained period of extensive drug use and trafficking", interspersed with work and limited sleep, all of which "culminated in significant levels of fatigue and impairment," court documents also showed.

The crash was the biggest loss of officer lives in a single incident in Victoria Police history.

A pilot and a student have been killed when a helicopter crashed during a training flight in the NSW Southern Highlands.

The Australian Transport Safety Bureau is investigating the accident involving a Robinson R44 helicopter, which crashed in rugged bushland near Tallong, on Wednesday evening.

The bodies of 36-year-old instructor Nicholas Brink and 54-year-old trainee Andrew Goldman, a newly elected Victorian councillor, were found during a search overnight. 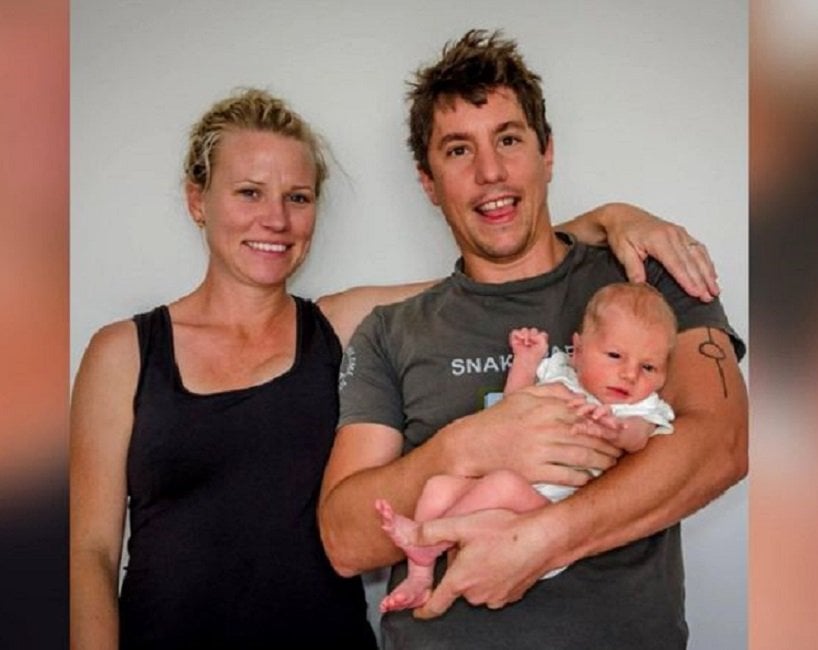 The chopper took off from Goulburn Airport with the instructor and student on board, the ATSB said in a statement on Thursday.

The ATSB is asking anyone who may have seen the aircraft in any phase of its flight, or who may have CCTV or dashcam footage, to make contact via the witness form on the ATSB website.

Sending condolences to the family, loved ones & local government colleagues of Cr Andrew Goldman, recently elected to Victoria’s Moira Shire Councillor. A tragedy, and a reminder of the importance of air safety. ⁦@VicCouncils⁩ ⁦@ALGAcomms⁩ https://t.co/4K3Q75cZUo

The panel of three judges on Thursday appeared to reject the defence arguments, considering many were based on those previously made in the District Court, as well as some being lewd or offensive to the alleged survivors of Leifer's abuse.

Leifer is wanted in Australia to face 74 charges of rape and child abuse stemming from her time as principal at Melbourne's ultra-Orthodox Addas Israel School.

Jerusalem Court is tonight hearing Malka Leifer’s appeal against a decision she is fit to be extradited. Defence lawyers say she is not feeling well and won’t be coming up from the cells @7NewsMelbourne @dassi_erlich pic.twitter.com/y4NmEkQopY

Three Melbourne sisters - Dassi Erlich, Nicole Meyer and Elly Sapper - filed police reports in Australia in 2011 and have been fighting to have her extradited from Israel, where she had fled after allegations arose in 2008.

The Jerusalem District Court on September 21 ruled Leifer would be extradited, though an expected appeal was filed by her defence.

The court will hand down its decision on Leifer's extradition to Australia in the coming days.

Read: Dassi, Nicole and Elly trusted their school principal. She allegedly abused them for years.

Ivanka Trump, the president's daughter and adviser, has been questioned under oath as part of a civil lawsuit alleging misuse of nonprofit funds for Donald Trump's inauguration four years ago.

District of Columbia Attorney General Karl Racine's office disclosed in a court filing on Tuesday the deposition had taken place that day.

According to the suit, a tax-exempt nonprofit corporation called the 58th Presidential Inaugural Committee co-ordinated with the Trump family to grossly overpay for event space in the Trump International Hotel in Washington.

I hope @IvankaTrump will explain the definition of a “fair market rate”.
The inaugural committee paid the Trump Hotel 35x what another organization paid to rent the space that day. https://t.co/rmfkaz8xFA

Racine's lawsuit alleged that in one case, the nonprofit paid more than $US300,000 ($A406,000) to hold a private reception at the Trump hotel for the president's three oldest children - Donald Jr, Ivanka and Eric - on the inauguration evening of January 20, 2017.

His lawsuit seeks to recover the $US1 million allegedly funneled directly to the Trump family business.

- Canada's government has condemned China for an "inflammatory" tweet featuring a doctored image of an Australian soldier.

- Health officials in Russia and Indonesia have recorded their biggest daily rise in coronavirus infections since the start of the pandemic.

- This year is on track to the second hottest on record behind 2016 according to the World Meteorological Organisation.