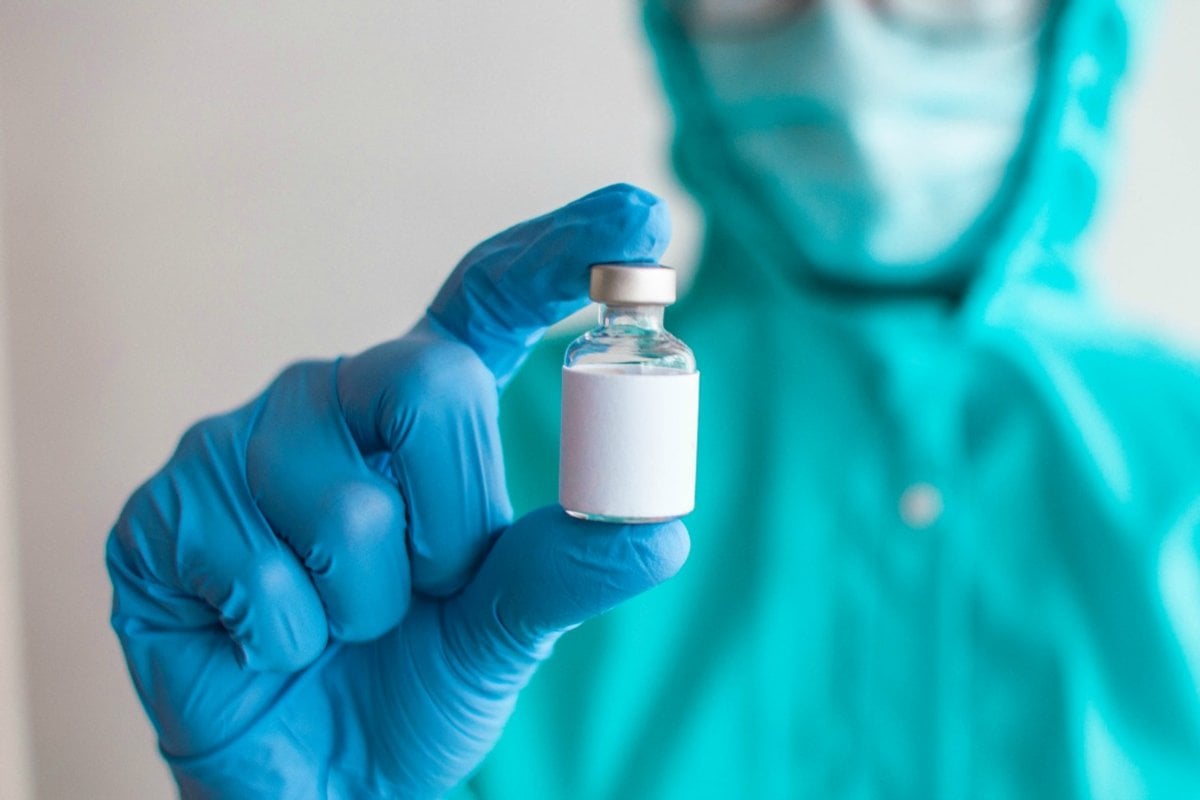 Britain has become the first western country in the world to approve a COVID-19 vaccine for use.

High-risk people will be the first to get the vaccine developed by Pfizer and German partner BioNTech SE, with the elderly, as well as medical workers the first priority, followed by those with medical issues.

Rollout of the vaccine will start early next week.

So what does this all mean for Australia?

Recently the line we've been fed from the government is to expect a vaccine in "early 2021."

The Pfizer-BioNTech is one of four coronavirus vaccines the federal government has deals with, but Australia's medicines regulator has confirmed they will wait for more data before moving forward with a rollout here.

Therapeutic Goods Administration head Professor John Skerritt said it was important to note Britain's decision was an emergency authorisation rather than full approval.

"The situation is very much an emergency in the UK and I can understand totally why they are moving earlier, even with the greater uncertainty," he said.

The vaccine will first be distributed to those most at riskhttps://t.co/XobjeCR0tZ pic.twitter.com/SGJNxSVsAX

He said while the British would know less about potential adverse side effects, the soaring death toll meant the country was moving faster.

The Australian government is hoping for a March rollout of the first vaccine after regulatory approval is granted.

Read: Less than a year to develop a COVID vaccine – here’s why you shouldn’t be alarmed.

Prof Skerritt said three companies had made submissions to Australia but none had submitted final safety and effectiveness data.

"It's a three-horse race at the moment and any one of those three companies could be the first one to get to the finishing line," he said.

He expects approval in January and February provided all information is handed to the TGA in December.

Treasurer Josh Frydenberg reiterated that the UK's decision will not fast-track its approval in Australia.

"Obviously, their situation is somewhat different to Australia's. They've had more than a million infections, nearly 60,000 deaths," he told the ABC.

"If the vaccine is found to be safe and effective, then it will be rolled out by March."

Health Minister Greg Hunt on Thursday introduced a bill making it mandatory for providers to report the details of all vaccinations, including COVID-19, and put them on a national register.

Is America next in line for a vaccine rollout then?

Britain beating America in authorising a vaccine is expected to intensify pressure on US regulators who are already under fire from the White House to get a move on.

There are a few key dates coming up that will be essential to getting approval of a vaccination in the United States.

On December 10 the U.S. Food and Drug Administration is expected to approve the Pfizer vaccine, with rollout to begin December 14.

The Moderna vaccine is expected to then be approved on December 17.

By the end of December, both companies are anticipating to have produced enough vaccine for 30 million of their 330 million strong population.

Aren't there already vaccines out there in use already?

No country until Wednesday had authorised a fully tested coronavirus vaccine; although Russia and China approved vaccines without waiting for large-scale efficacy tests.

Russia announced on Wednesday that they'd already vaccinated more than 100,000 people against COVID-19, after they became the first country in the world to approve their Sputnik V vaccine in August.

But the vaccine had not yet completed its final trials, and the announcement sparked concerns among some experts.

Sputnik V has been touted in Russia as the world’s “first registered COVID-19 vaccine” after it received regulatory approval in early August.https://t.co/VKV4l0HRtY

Despite this, Russian President Vladimir Putin has ordered the country’s authorities to begin mass voluntary vaccinations against COVID-19 from next week onwards, with two million doses of the vaccine expected to be ready within the next few days.

China has also approved a vaccine for use, but like Russia, they didn't wait for large-scale efficacy tests.

In late November, Beijing confirmed a million people have been given an experimental coronavirus vaccine developed by Chinese pharmaceutical giant Sinopharm.

No serious adverse affects have been reported so far, according to the company.

In November, the Australian government said that while a COVID-19 vaccination would not be mandatory, a proof of vaccination may be required for people entering or returning to the country.

"There may be circumstances where the Australian Government and other governments may introduce border entry or re-entry requirements that are conditional on proof of vaccination," the federal government's policy reads.

Qantas boss Alan Joyce has confirmed this will be the case on their airline, telling Nine, "We will ask people to have a vaccination before they can get on the aircraft... for international visitors coming out and people leaving the country we think that's a necessity."

Joyce also confirmed his optimism at international travel resuming in 2021.

"As the vaccine rolls out around the world and Australia, they should be the opening up of borders and we have always planned from July of next year, we will start reactivating a lot of our international aircraft and getting a lot more people back to work, and that still looks like the plan," he said.

Tourism Minister Simon Birmingham has said the prospect of 2021 international holidays was "not impossible".

"I think the first half [of 2021] may be challenging. But let’s just see how we go in terms of how quickly we can secure, distribute, get that take-up in relation to vaccines with the confidence and safety that everybody needs in terms of the vaccine itself being safe," he told Sky News last month.

It's likely we'll continue to roll out "travel bubbles" with countries deemed low-risk like the one being tested with New Zealand before opening up to the whole world.

Reply
Upvote
1 upvotes
To throw a little hand grenade - infection rates and clinical outcomes have been worse for men and black and asian ethnicities.
As the British vaccination have been chosen by descending rates of vulnerability, should the groups above, therefore, be prioritised?
C
cat a year ago

Reply
Upvote
1 upvotes
@gu3st The most vulnerable people are those who are likely to be exposed to the virus and have fatal results. Obviously hospital workers are at huge risk of exposure & elderly people have the greatest risk of dying, hence they’re going first.
G
gu3st a year ago

Reply
Upvote
1 upvotes
@cat But after that, happy to continue prioritising on vulnerability basis?
C
cat a year ago

Reply
Upvote
1 upvotes
@gu3st depends what the protocols are - if you have to be vaccinated to go places then it should be based on how essential people are. Teachers, bus drivers, police first etc. If no ones movement is restricted than sure, do it in descending ages or something. Pretty sure that once the vulnerable people are done it will just be rolled out based on location though.
News
General
Opinion
True Crime
Politics
Sport
Explainer
Entertainment
Celebrity
Reality TV
Movies
TV
Books
Rogue
Royal
Lifestyle
Beauty
Fashion
Weddings
Home
Wellness
Health
Fitness
Travel
Food
Parents
Before The Bump
Pregnancy
Baby
Kids
Teens
School
Parent Opinion
Work & Money
Money
Finance
Career
Lady Startup
Relationships
Sex
Dating
Separation
Friendship
Family
Real Life
Couples