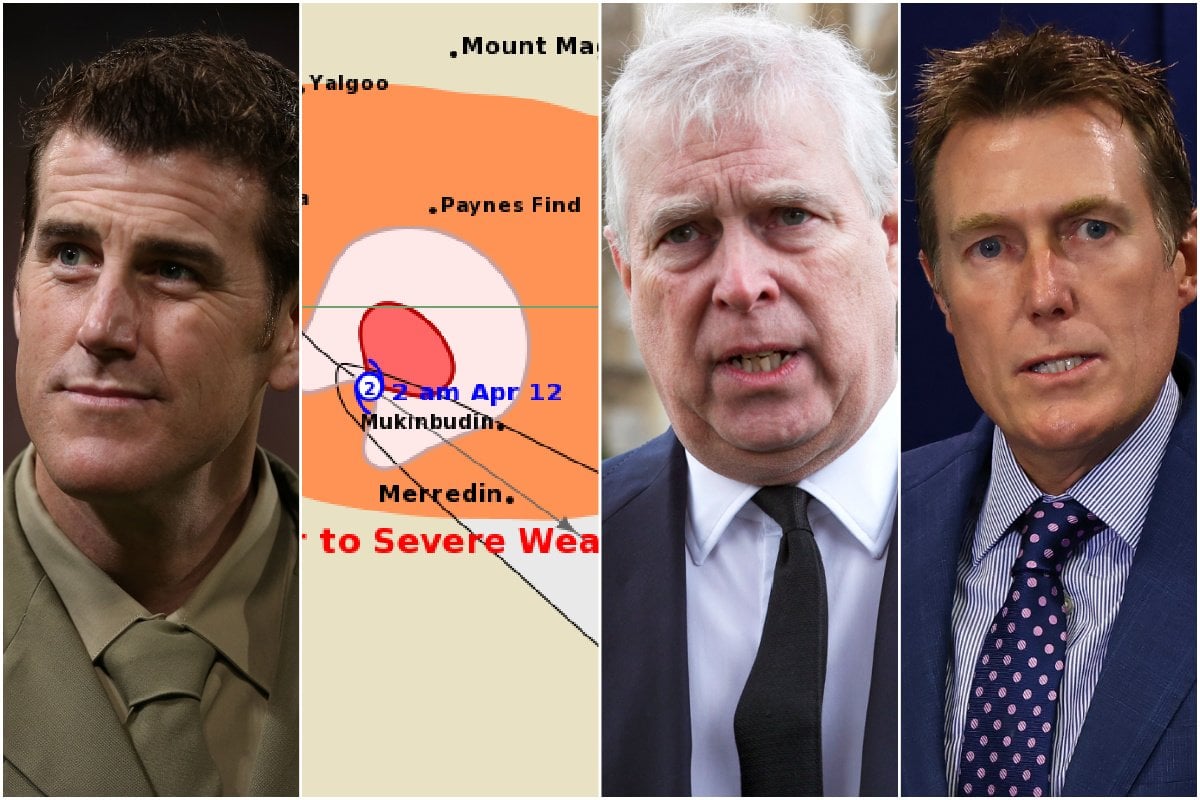 The powerful Tropical Cyclone Seroja has slammed into the coast of Western Australia and torn through townships in the night, leaving a trail of damage and power outages.

Seroja made landfall south of Kalbarri at about 8pm AWST on Sunday as a category three storm, bringing wind gusts of up to 170km/h at the centre as it reached land.

The fast-moving storm weakened to a category two system as it pushed inland towards Dalwallinu in a south-east direction at more than 60km/h.

Reports of property damage and power outages in Kalbarri and Geraldton started surfacing as the storm's force was felt and residents took shelter by candlelight.

Fallen trees, damaged homes and wrecked fences could be spotted amid the howling wind and rain in those towns, footage on social media showed.

The damage will be counted at daylight and could be extensive, Western Power said more than 4300 homes had already lost power at 8pm AWST and crews had to wait for conditions to improve before they could restore it.

A destructive, tropical cyclone has made landfall in Western Australia with winds of up to 170 kilometres per hour smashing the coastline. #9Today pic.twitter.com/hSpLpcrF7P

Wind gusts of up to 130km/h and sustained wind speeds of nearly 100km/h were still being recorded in the storm's centre hours after landfall, BOM said.

The cyclone will weaken as it travels further inland on Monday but is still likely to bring damaging winds and heavy rain as it moves through the eastern Wheatbelt, southern Goldfields and South East Coastal districts.

NSW detectives investigating the historical rape allegation against former attorney-general Christian Porter were denied permission to travel interstate to interview his accuser, despite already having approval from the NSW Police Child Abuse and Sex Crimes Squad.

The woman took her own life in June last year. She'd tried to make a statement with police in the months prior, but a day before her death she informed police she "no longer felt able to proceed with the report [to police]".

The request for travel was approved by an immediate superior on March 10, as well as the Commander of the Sex Crimes Squad, Detective Superintendent John Kerlatec the same day. Two days later, the Commander of the State Crime Command added his approval to the travel application. But the request was stymied when it reached Deputy Commissioner Hudson.

After their travel request was denied, NSW detectives contacted the woman on March 15, to inform her they "would not be travelling to SA as planned to commence her statement." She requested to instead commence her statement as soon as possible by telephone call or a Skype video call. On April 2 the decision was made that a statement by distance wouldn't suffice.

The Queen described the death of her husband Prince Philip as having left a "huge void" in her life, her son Prince Andrew says, speaking publicly for the first time since his disastrous BBC Newsnight interview in 2019.

Andrew revealed the personal feelings of his mother after attending a church service in Windsor where members of the royal family said prayers for Philip.

"The Queen, as you would expect, is an incredibly stoic person," he said on Sunday.

"She described it as having left a huge void in her life.

"But we, the family, the ones that are close, are rallying round to make sure that we're there to support her."

"We've lost almost the grandfather of the nation"

Prince Andrew describes the Duke of Edinburgh as a "remarkable man" and says his death has left "huge void" for the Queenhttps://t.co/SyGxs5x8Sm pic.twitter.com/8j0MOfHCJj

Andrew, the Duke of York, described his father Philip as a "remarkable man" and said his death had resonated with people across Britain.

Andrew, who stepped down from royal duties over his friendship with convicted sex offender Jeffrey Epstein in 2019, said Philip was someone who would always listen.

"I loved him as a father. He was so calm. If you had a problem, he would think about it," he said.

The monarchy is observing two weeks of mourning and the members of the family who attended church were dressed in black, with Andrew and his brother Prince Edward wearing black ties.

Prince Harry has landed back in the UK for the first time since his split from the royal family. He was reportedly taken to Kensington Palace where he will isolate for five days ahead of the funeral on Saturday.

It is the first time the Duke of Sussex has been back in the UK since March last year.https://t.co/1DhieKDgUI

Meghan, who is pregnant with the couple's second child, will remain home with son Archie after her doctor reportedly advised her not to travel at this time.

But new information uncovered by 60 Minutes,  Sydney Morning Herald and The Age has revealed the VC recipient has been threatening any SAS witnesses who dared to stand up to him, and has attempted to hide 'shameful' images that provide evidence of war crimes.

A shockwave of shame! TONIGHT on the most explosive #60Mins of the year, a major joint investigation with @TheAge and @SMH will expose the most damning, dark and dirty secrets from a breathtaking cover-up. pic.twitter.com/x07hJfeyt2

Some of the photos show special forces soldiers drinking from the prosthetic leg of an allegedly murdered Afghan man, another shows a soldier dressed in a Klu Klux Klan outfit at a soldier's bar. Another shows a deceased Afghan man with military coins on each of his eyes. They were all reportedly in Roberts-Smith possession, which SMH says he did not hand over.

Sources say he instead dug a hole in his Sunshine Coast home and buried USB drives full of evidence inside a pink plastic children's lunchbox.

The reports also suggest he is confident of not only winning against the allegations against him, he will "f***ing destroy" his enemies. He's accused of sending emails and letters intimidating people he believed would give evidence against him.

Australia has abandoned meeting a fixed timeline for its COVID-19 vaccination rollout.

An initial target of October has proven unachievable due partly to dosage import delays and health concerns, with an end-of-2021 timeframe also off the table, Scott Morrison said on Sunday.

"The government has ... not set, nor has any plans to set any new targets for completing first doses," the prime minister said in a social media post.

"While we would like to see these doses completed before the end of the year, it is not possible to set such targets given the many uncertainties involved."

But even before the latest AstraZeneca setback, the Government had missed every goal it had set itself.

What do you make of the news? pic.twitter.com/KlB3CgPyHk

Earlier in the day, senior minister Dan Tehan told Sky News' Sunday Agenda program the government's aim was to have all Australians injected with at least one dose of the vaccine by the end of the year.

But that deadline was later retracted.

"We will just get on with the job of working together to produce, distribute and administer the vaccines as safely and efficiently as possible," Mr Morrison said.

The rollout was thrown into disarray last week after health authorities recommended AstraZeneca vaccines should only be given to Australians aged over 50, following concerns about blood clotting.

A new report has warned that international travel for Australians is likely to remain restrictive until 2024.

For Australia, Deloitte economist Chris Richardson anticipates there will be some sort of quarantine remaining for incoming travellers for some time.

"That keeps international travel - both inbound and outbound - pretty weak in 2022, and it may not return to pre-pandemic levels until 2024," he said.

Malcolm Turnbull will share his own insights about the power of Australian media moguls to make and break prime ministers when he fronts a media diversity inquiry.

Ousted as prime minister, and more recently and rapidly as climate tsar in NSW, Mr Turnbull is scheduled to give evidence on Monday.

He blames News Corp and radio shock jocks for helping to fuel his demise.

One of Mr Turnbull's predecessors, Kevin Rudd, has already called out the "Fox News-isation" of the Australian media that he says is breeding climate-change denialism and encouraging far-right political extremism. 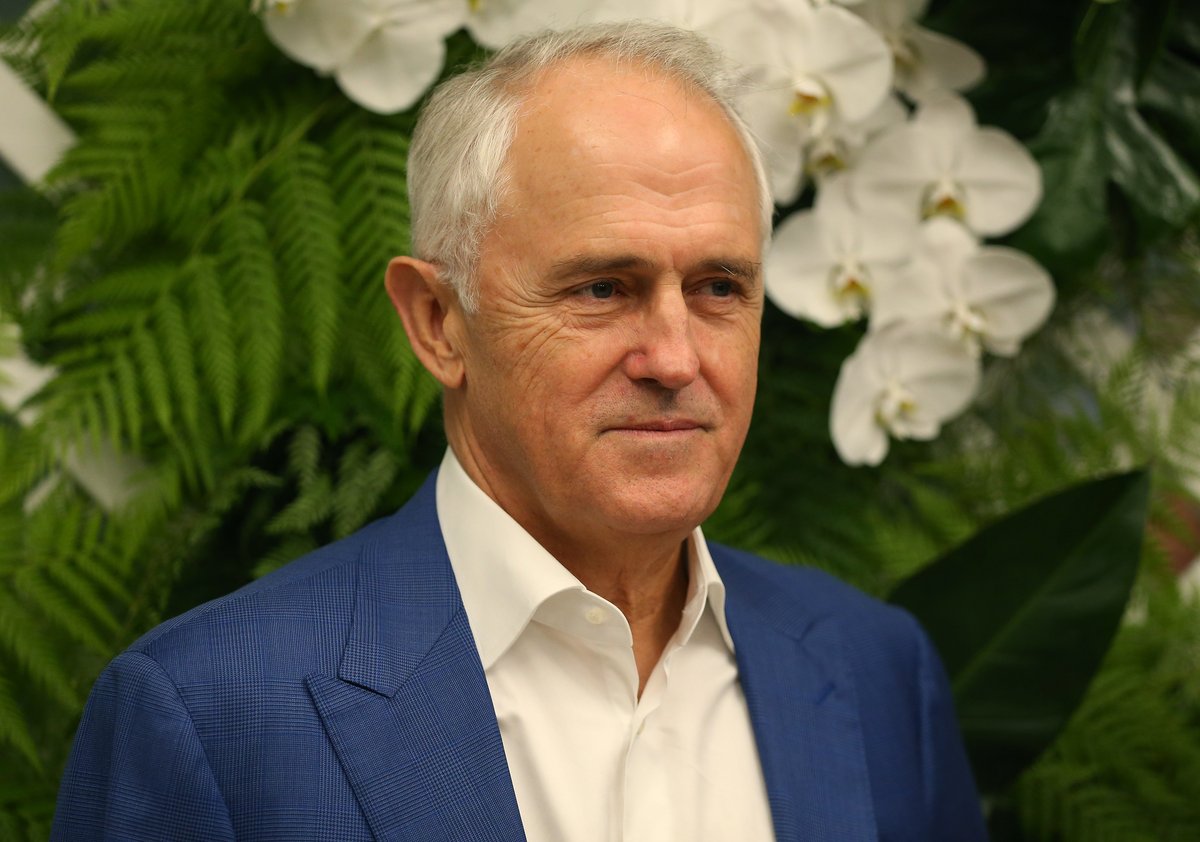 Mr Rudd gave evidence last month that he was "fearful" of News Corp until he left parliament in 2013.

"The truth in this building is that everyone's frightened of Murdoch," he said.

Senior executives from News Corp Australia and Nine have already given evidence, arguing Australian consumers have access to diverse news and information, with very few readers accessing only one news brand.

England's coronavirus lockdown is about to get a long-awaited easing, with pubs, restaurants and much-missed hairdressers all able to tentatively restart operations.

Non-essential retail, as well as indoor gyms and swimming pools, can also reopen from Monday as lives take another step back towards normality.

Libraries, zoos and nail salons can also open their doors again as greater outdoor interaction is permitted while mixing with other households indoors remains heavily restricted.

The next stage of England's reopening from lockdown will continue tomorrow, when non-essential retail and pub gardens resume trading. @NIAbbot asks: how satisfied are you with the speed of reopening? pic.twitter.com/KhjtoEhZ8D

The 10pm curfew rule and a requirement to order a substantial meal with a drink have been scrapped, but social distancing must be abided by.

Domestic holidays can resume to an extent, with overnight stays permitted in self-contained accommodation, such as holiday lets and campsites where indoor facilities are not shared.

- The US has broken its daily record for the number of COVID-19 vaccines given, with 4.6 million people receiving jabs.

- Julian Assange supporters have held small vigils across the world to mark the second anniversary of the WikiLeaks founder being detained in prison.

Reply
Upvote
1 upvotes
Re Prince Phillip, He wasn’t always her rock it is a case of ‘time is a great beautician’. People have short memories, he used to put his foot in it and embarrass her. He also strayed at times for all his privileged life. They want their cake and eat it too. Andrew, Charles, Harry, see a pattern of behaviour forming. All history owes the dead is the truth.
M
mamamia-user-482898552 a year ago

Reply
Upvote
8 upvotes
@gypsy The Queen herself has publicly expressed very different views to your opinion there.
G
guest2 a year ago

Reply
Upvote
3 upvotes
@gypsy They are only rumours about his infidelities and as for his gaffes, they seemed to upset the more permanently offended than anyone else.  One of the members of the Indigenous group at the butt of the spear gaffe explained why Phillip said it snd it needed to be taken in context.  He said none of the group were offended by it.  Like most people, Prince Phillip was not perfect, but generally people let some time pass before sticking the boot in.
G
gypsy a year ago

Reply
Upvote
@mamamia-user-482898552  Have you not heard of stiff upper lip she will try and keep her pride intact.
C
cat a year ago

Reply
Upvote
1 upvotes
@gypsy I know, this idea that they had a fairytale love story is sort of insane. He cheated on her over and over again, but she had no way of ending the marriage. That sounds more like emotional abuse than a dream marriage. I’m sure she was fond of him and it’s a shocking loss but we have to stop glossing over the reality of he royal family.
G
gypsy a year ago