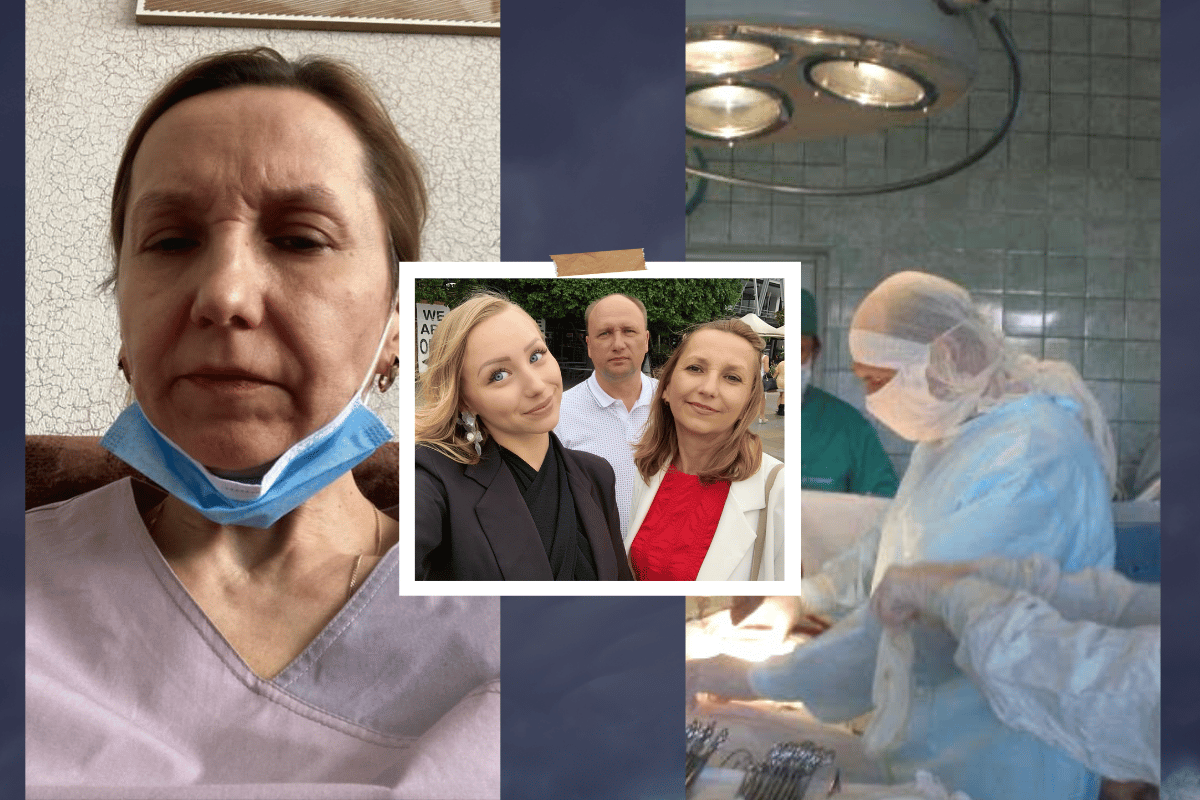 It was the exasperated question that Victoria Stepanenko’s mother, Dr. Natalia Stepanenko, sobbed from a Chernihiv hospital, in northern Ukraine.

Victoria, 23, speaks to her parents several times each day from her home in Sydney – although the calls usually only last a minute or two, “because they have to help someone, or hide somewhere.”

But a few days ago, their call got disconnected. A couple minutes later when Victoria phoned again, she could hear the sirens going off in the city. And then a nearby explosion.

“My heart broke down,” she tells.

Ukrainian apartment building hit by a missile in Kyiv. Post continues after video.

“To be honest, I’ve been absolutely devastated. Since the war began, at best, I sleep two to three hours at night  – and even during those times, I have nightmares.”

“I’m obviously supporting my parents and trying not to show you know that we're worried; making sure to bring positive emotions to them because that's what they need right now. But it's really hard.” 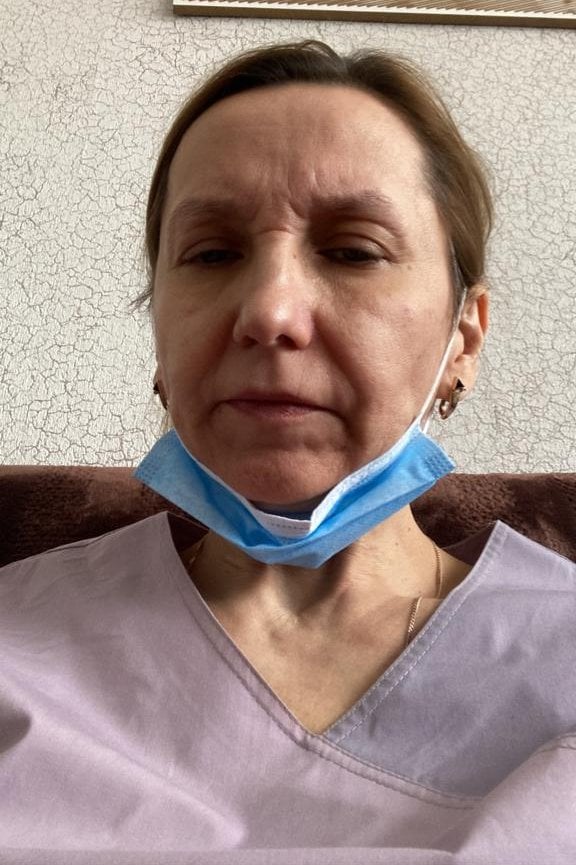 Victoria’s mother is an endocrinologist and her father, Dr Oleh Stepanenko, is a surgeon. They are working around the clock between clinics and the hospitals.

“Throughout the day, they are helping people – and running to the bomb shelters again when sirens go off.”

And there have been some very close calls.

A few days ago, there was an artillery fight directly adjacent to the hospital where they were working, and all the windows shattered. 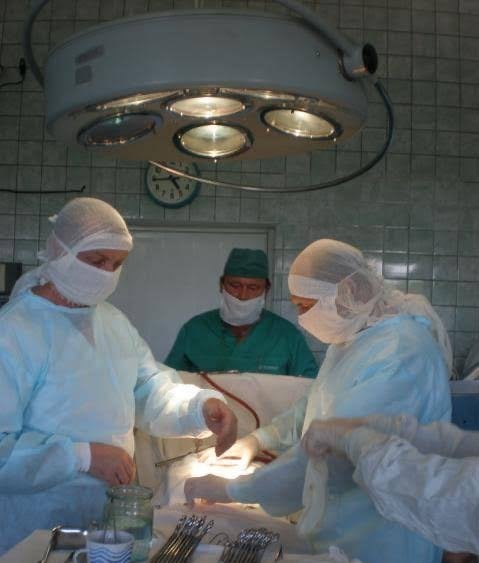 “In the first days of the war, I could hear in my mum’s voice that obviously they were scared, but still keeping very strong. Although in the past couple days, I could feel my mum stopping herself from crying, or cutting the conversation short with tears.”

Aside from exhaustion, the conditions within the hospital are worsening. While it is not the primary hospital for the war-wounded, Dr Natalia told her daughter, they took in 40 citizens injured in battle, just yesterday morning.

Chernihiv region, citizens are blocking the roads with their own bodies without any arms, they have stopped a Russian column from advancing

As the numbers of admissions continue to rise, the hospital has been clearing beds, and discharging patients early.

The conditions are “very critical and very urgent”, Dr Natalia relayed to Victoria, as the entire health system buckles under the weight of crisis. Often those who are sick with health issues unrelated to the war, are trying to deal with it themselves “too afraid to leave the bomb shelters and venture on to the street”, only journeying to hospital when the situation becomes dire.

And at that point, it is often already too late.

One of Dr Natalia’s patients was the daughter of a nurse colleague. Despite having recent surgery, she was sent home prematurely to recover. But recovery time was spent in a bomb shelter, “and in a bomb shelter, everyone limits their fluid intake so they don’t need to go to the toilet so often,” explains Victoria.

She developed Deep Vein Thrombosis, and returned to hospital in a critical state.

“The doctors tried to save her – including my mum… But she passed away,” Victoria pauses and inhales deeply.

“She was 23…The same age as me… This is heartbreaking. I don’t have any words. When my mum was telling me, I could hear her tears.”

30 min ago. Chernihiv. This missile was probably meant for the town hall. But hit a children’s hospital and the residential area. #PutinIsaWarCriminal #RussiaGoHome pic.twitter.com/IZjVtSFwYO

And then there are children – “not one or two. It’s a number of children that have been harmed and are losing their lives a result of the war”, Victoria tells. She has heard her mother weep for them too.

“I could hear in her voice, it was heartbreaking for her. She cried, ‘Why are the children a part of this?’."

And while casualties increase, resources and supplies dwindle.

As of yesterday afternoon, Dr Natalia confirmed they no longer have access to the internet, TV or the news.

“And they expect electricity to shut down any minute,” relays Victoria.

In the meantime, everyone is being mindful of their consumption – “not drinking or eating too much.” 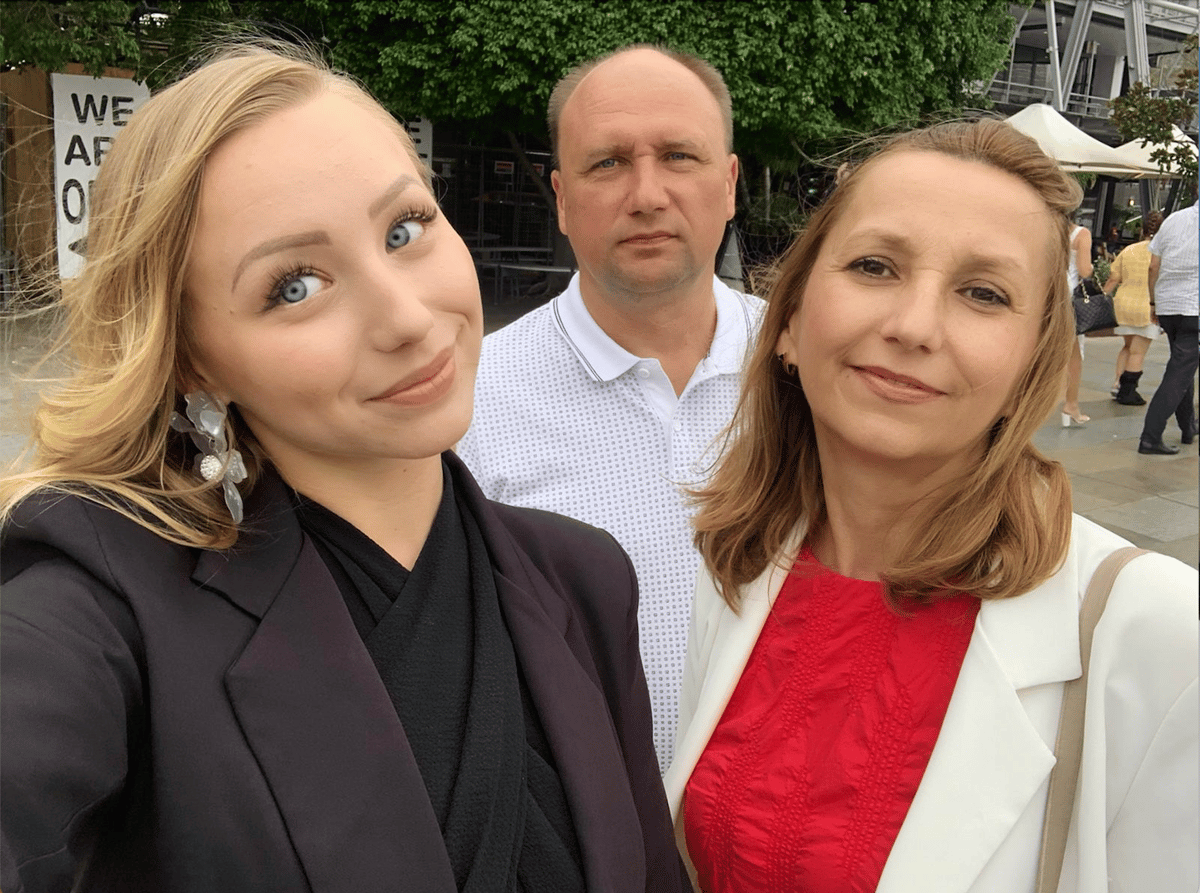 Victoria Stepanenko (left) with her parents, Oleh and Natalia during a visit to Sydney in 2019. Image: Supplied. Victoria doesn’t just worry for her parents and city. She is distraught about her other loved ones –all of whom are retired or current doctors:

Her grandmother who recently suffered a stroke, and grandfather who lives with Alzheimers, live alone. Despite her parents best efforts to bring them food and medical supplies, they were unable to make the ten minute journey because of sirens and road closures.

Then there is her cousin and young sons who bought train tickets to escape Kyiv, only to be left among the hoards on a crowded platform.

And there is her uncle and aunt in Kherson, the southern city close to the Crimea, that fell to Russian hands just hours ago. Victoria’s uncle has been on the ground, providing medical care to injured civilians from apartment buildings that are now rubble.

Russian forces said they had captured the Black Sea port of Kherson on Wednesday as Russian and Ukrainian troops battled for Kharkiv, the country's second-biggest city, and #Ukraine's president said Moscow wanted to "erase" his country - latest
▶️ https://t.co/n7RrPSlFaF pic.twitter.com/1obek7jKBV

“I’m hearing from a lot of people that they are feeling helpless, and they think they are not empowered to change anything,” Victoria says.

“But if we look at the history, at World War Two, we have to do something in order to change it. We have to at least try, because what we see currently is that war doesn’t matter to Russia."

“And human life does not matter too.”

For more information on how to help the people of Ukraine.