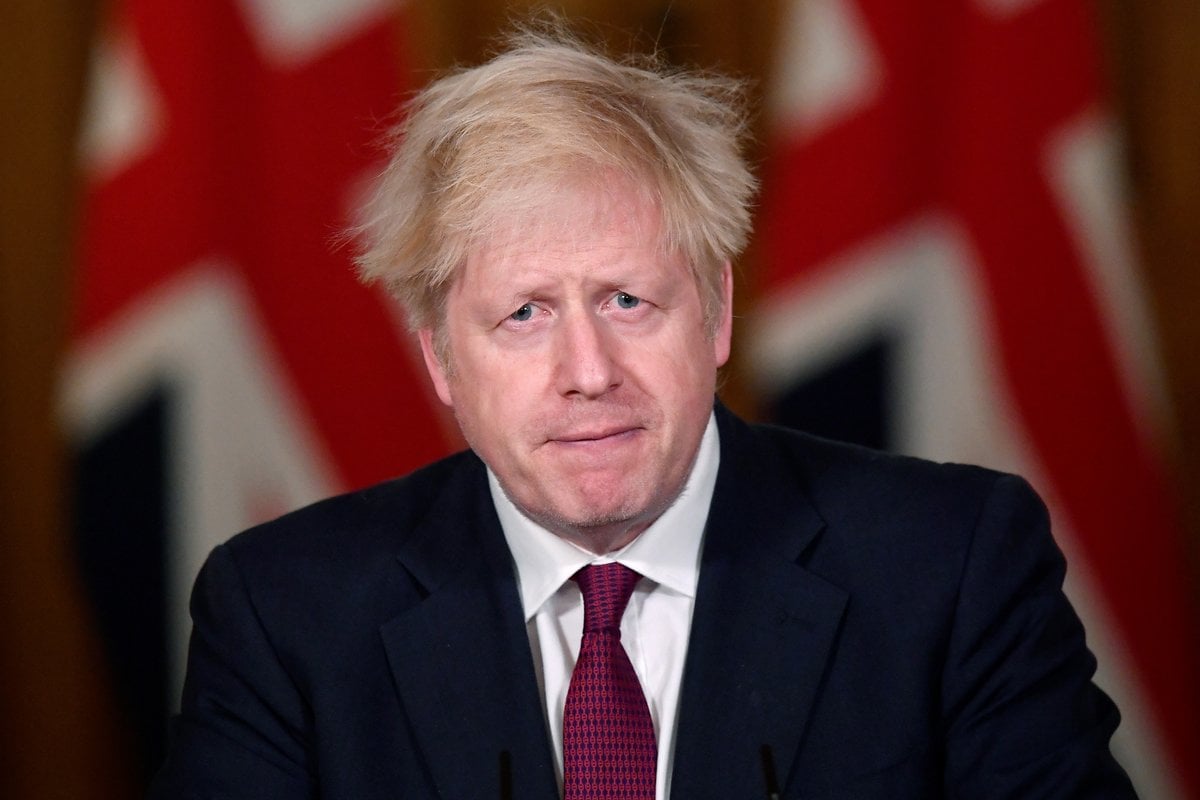 Christmas plans have been thrown into disarray for millions in the UK, after British Prime Minister Boris Johnson announced tighter COVID-19 restrictions over the weekend.

On Saturday, the Prime Minister said the government had to take urgent action after it was confirmed that a new coronavirus strain circulating in south-east England, could be up to 70 percent more transmissible than the original.

Johnson has imposed an effective lockdown on more than 16 million people in England and reversed plans to ease restrictions over Christmas.

"It is with a very heavy heart I must tell you we cannot continue with Christmas as planned," he said at a news conference.

"I sincerely believe there is no alternative open to me."

Watch Boris Johnson discuss the vaccine roll out in the United Kingdom. Post continues after video.

London and southeast England, which is home to about a third of the English population, are currently in the highest level of a three-tier system of rules. Under the new restrictions, they will now be placed in a new Tier 4 level, similar to those of a recent national lockdown.

From midnight on Saturday, people will be required to stay at home except for essential reasons such as work, and non-essential retail will close, as will indoor leisure and entertainment.

Social mixing will also be limited to meeting one other person in an outdoor space.

Johnson, whose initial response to the pandemic has been criticised for being too slow, had resisted calls to change plans for the Christmas relaxation, saying on Wednesday it would be "frankly inhuman" to ban it.

However, those now in Tier 4 will not be allowed to mix with others over Christmas. And everyone else in England will now be allowed to see friends and family only on Christmas Day itself.

There has been a surge in infections sparked by the new virus strain - VUI202012/01.

"This virus has taken off, it's moving fast and it's leading inevitably to a sharp increase in hospital admissions," Britain's Chief Scientific Officer Patrick Vallance said.

England's Chief Medical Officer, Chris Whitty. said the authorities had alerted the World Health Organisation and were continuing to analyse the data.

Other countries have also reported variants of the virus. South Africa said on Friday one such strain was driving a second wave of infections there.

Across the UK, other nations have also taken action to stop the spread of the virus.

Scotland said it would impose a ban on travel to the rest of the United Kingdom on Saturday and the Christmas easing would be limited to December 25 only. All of Wales will also go into Tier 4 from midnight, but two households can mix on Christmas Day.

Reply
Upvote
1 upvotes
They shouldn't be allowed to see people on Christmas Day either. The virus isn't going to take a break for Christmas. Infections are going to skyrocket after Christmas now.
I understand it's really hard to think about not seeing our families at Christmas - I'm in Sydney and am facing the possibility of that myself right now - but we all have to do our part. We are so close to that vaccine (and the UK is even closer, seeing the program has already started there) - why let things get worse now?
News
General
Opinion
True Crime
Politics
Sport
Explainer
Entertainment
Celebrity
Reality TV
Movies
TV
Books
Rogue
Royal
Lifestyle
Beauty
Fashion
Weddings
Home
Wellness
Health
Fitness
Travel
Food
Parents
Before The Bump
Pregnancy
Baby
Kids
Teens
School
Parent Opinion
Work & Money
Money
Finance
Career
Lady Startup
Relationships
Sex
Dating
Separation
Friendship
Family
Real Life
Couples