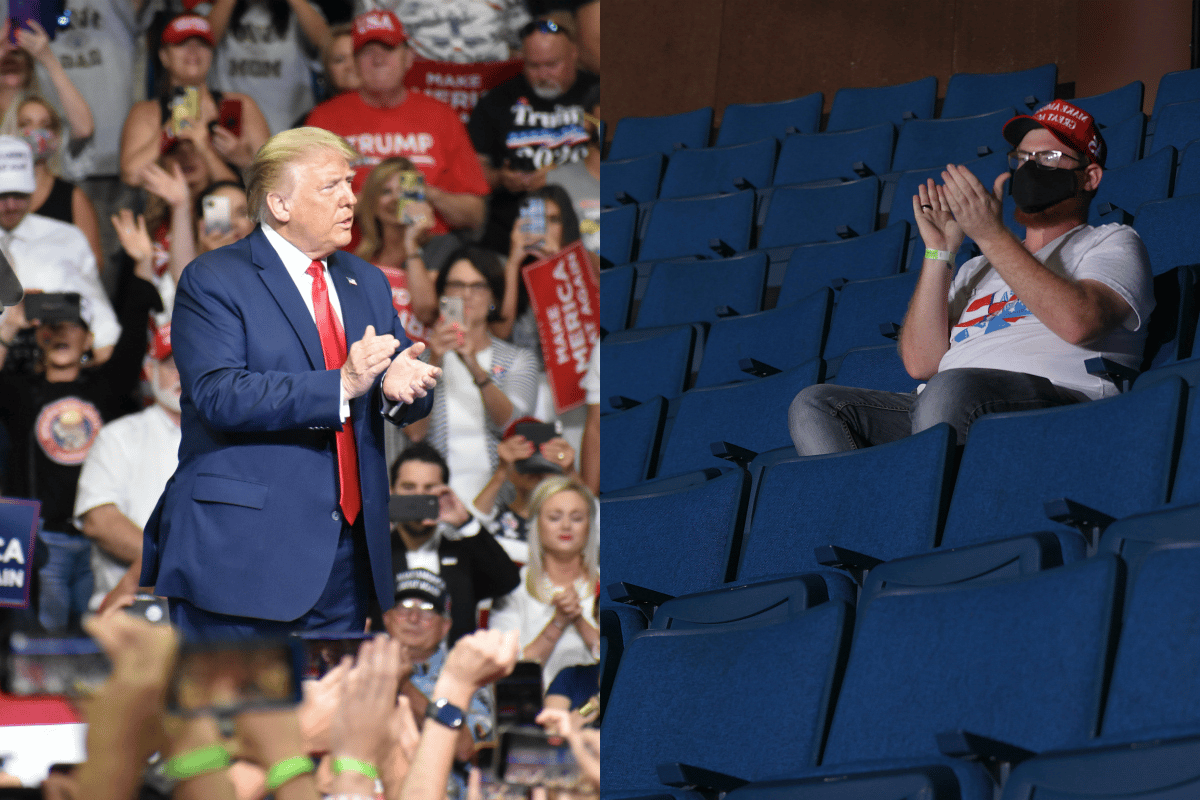 We assume we are about 24 hours away from the President of the United States declaring war against TikTok.

Because it turns out the social media of choice for anyone younger than... us, is not just full of weird dances, jokes about millennials (that we... deserve) and filters.

It's also a place to share personal stories, educational information and activism. And the kids on TikTok just pulled off a damn impressive form of activism against the biggest baby of all boomers: Donald J. Trump.

Over the weekend, Trump held his much-hyped rally in Tulsa, Oklahoma - his first event in three months due COVID-19 restrictions - and drew a crowd of approximately 6200 people.

Okay, fine, right? Thanks to COVID, crowds of that size are happening almost nowhere right now.

The problem was that number was much, much lower than anticipated. Trump's campaign manager Brad Parscale had even tweeted earlier in the week that more than one million people had registered for tickets to attend.

Now the New York Times has reported a "successful prank" from TikTok users and K-pop stans on Twitter artificially inflated the registration figures.

This made Trump's campaign believe the interest was far higher than it was and turned off attendees concerned about infection of the coronavirus within a huge crowd.

The social media users encouraged others to sign up for event tickets with no intention of attending, playing a part in the many empty seats across the arena. 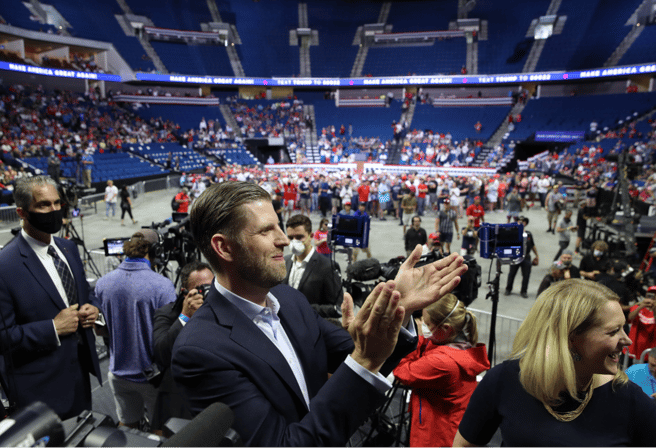 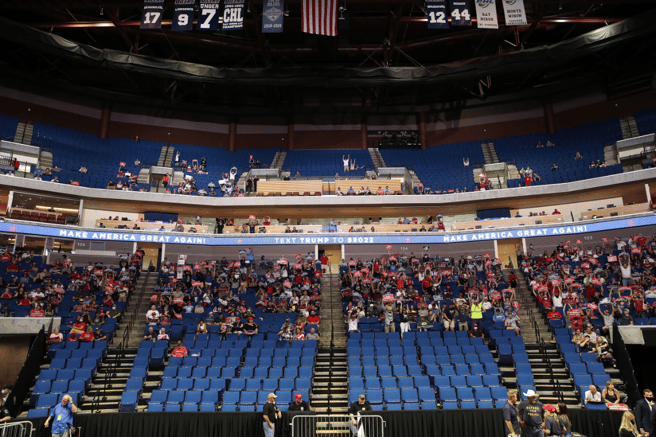 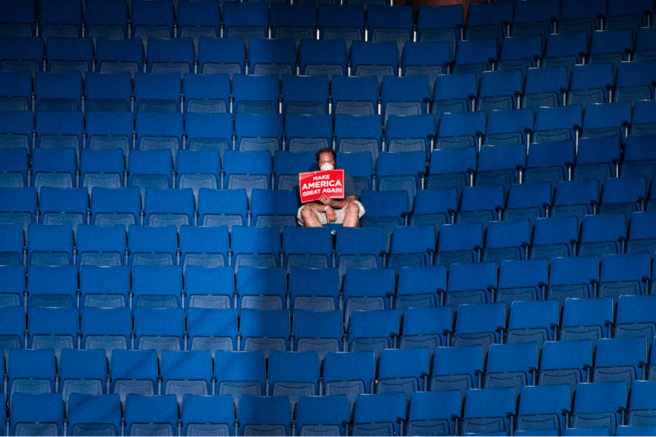 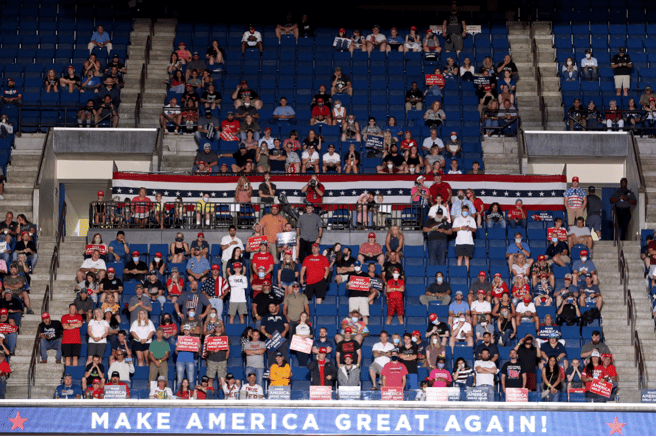 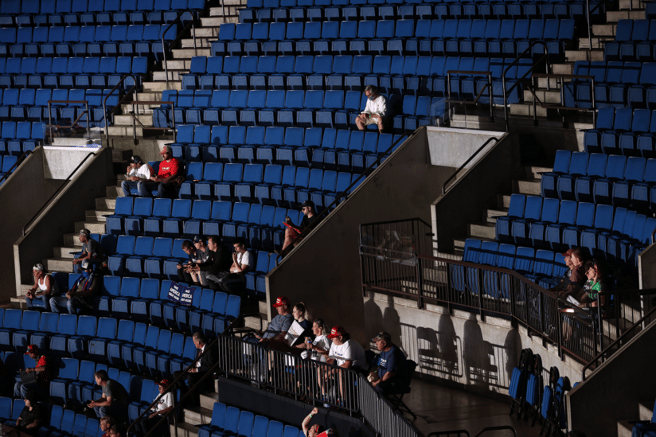 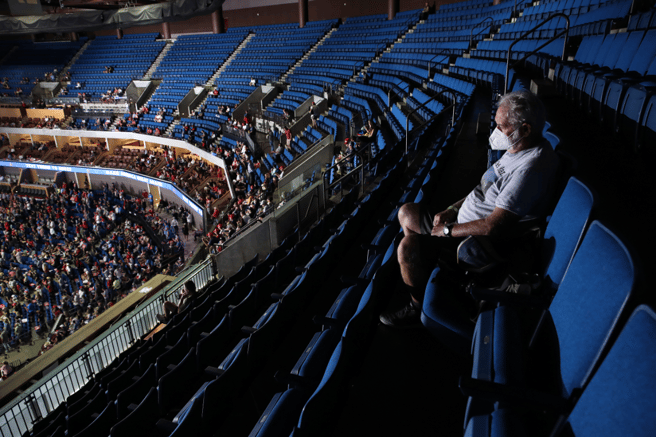 NBC News reported Trump was "furious" and Gen-Z a.k.a Zoomers are currently enjoying a standing ovation from all corners of the internet.

Told ya'll he exaggerates about the size of things.

who would’ve thought that to only destroy trump’s ego is just a couple of K-Pop stan and TikTok kids with acessible internet and a debit card pic.twitter.com/SAGWbrI4su

Lol, Trump is being mocked on the UK news because he got pranked by teenagers on TikTok 😂😂😂😂😂😂

Trump: “And I would have gotten away with it if it weren’t for all you meddling kids!”

The Wiggles sold out that arena... the fucking Wiggles

The genius thing about the TikTok prank is that struck at the heart of the two things fueling Trump's campaign: crowd size and data.

Trump just got pranked by a bunch a kids from tiktok. The simulation is getting fucking wild and I’m here for it.

And the #NoblePrize goes to #MaryJoLaupp, a 51-year-old grandmother living in Fort Dodge, Iowa, who showed the TikTok kids how to go to Trump's website, register to attend the event -- and then not show up. Genius!!

Things didn't get much better for Trump when he started... talking.

In a speech that went for more than one hour and 40 minutes, Trump made inaccurate accusations about his Presidential opponent Joe Biden and his handling of the coronavirus pandemic.

He spent more than 10 minutes speaking about a viral video of himself walking cautiously down a ramp early in June, used a racist slur to describe COVID-19 and suggested burning the US flag should be made illegal.

But the biggest headline grabber came when Trump blamed the US' high COVID-19 numbers - more than 2,350,000 cases and 122,000 deaths - on extensive testing and said he asked advisers to slow the numbers of tests.

As soon as it left his mouth, White House aides were in damage control, insisting the president was joking.

But the damage was done, with thousands accusing the president of wilful ignorance leading to unnecessary suffering and deaths. Oh, and there was also many people pointing out his flawed logic.

Turn down pregnancy tests. No one will be pregnant.

This is like the end of a murder mystery when the murderer finally breaks and admits how he killed 120,000 people

If they stop doing sobriety tests, no more dunk drivers!

Can’t have cancer if you never test for it pic.twitter.com/laAm80eBGP

So if no one has given Trump an IQ test does that mean he doesn't have one? https://t.co/IBOZDqA5q8

The event in Tulsa was championed as Trump's comeback after the pandemic forced a pause on his infamous rallies, but the gaffs from Trump - and the embarrassment of empty seats, in part due to angry teens on the internet - made for an embarrassing weekend.

So far Trump hasn't acknowledged criticism of his remarks or the rally's disappointing crowd numbers himself, but no doubt a response is only a tweet or two away.