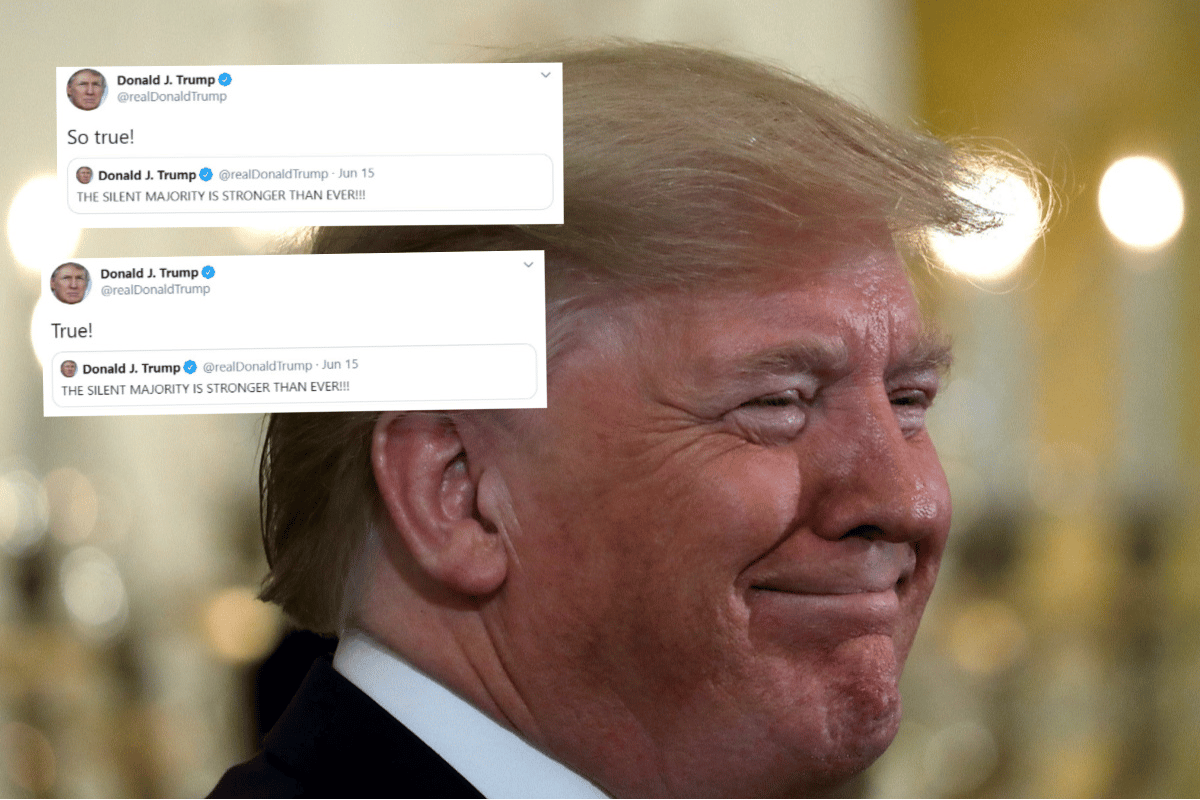 Huge, I mean yuge, surprise. In similar news, Trump, a prolific tweeter who is also President of the United States, might not actually know how to use... Twitter.

On Tuesday afternoon AEST, Trump was on the social media platform because of course he was, firing off pretty standard Trumpian tweets about the "Far Left Fake News Media" and how great America's response to COVID-19 has been. There was also one yelling about "LAW & ORDER", which I agree is a great show. What do you think his favourite version is? The original, or is he more of an SVU guy?

Anyway. It was during Tuesday's tweeting spree that Trump - a guy who once tweeted "covfefe" - did something strange.

He retweeted himself, and also agreed with... himself.

Trump's message, his retweet and his agreement with himself came after a bunch of polls showed he was trailing former Vice President and presumptive Democrat nominee Joe Biden.

The weirdest part is that this isn't even the first (or last) time Trump has done this.

Trump has expressed agreement with himself multiple times in the past too. It must be reserved for tweets his thinks are particularly great.

He retweets himself almost daily, and retweeted the exact same tweet with another expression of agreement with himself literally during the writing of this article. Way to keep me on my toes, man. 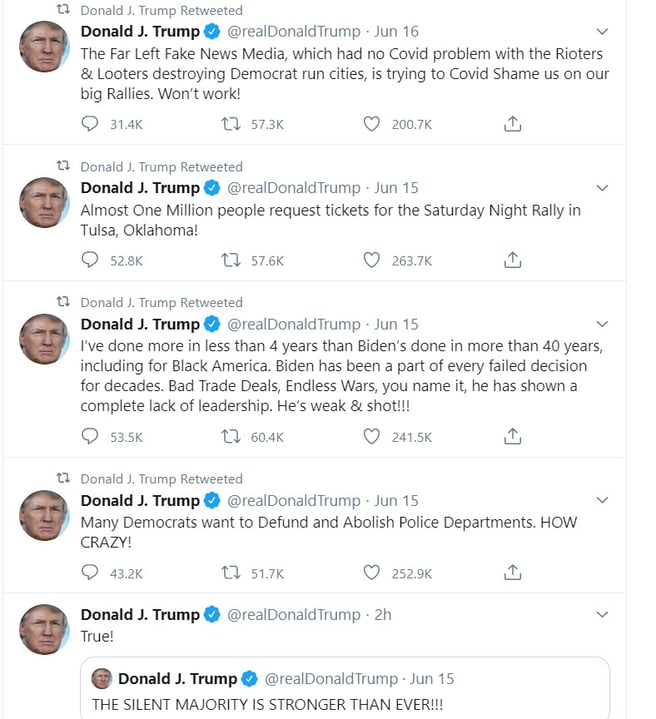 Of course, Twitter has turned the whole thing into a meme. Naturally. And the reactions are something to behold.

Omg - he’s talking to himself again

So many people have turned on you that you have to talk to yourself.

Did you just... talk to yourself? pic.twitter.com/tX7ibSGi3Y

The President is talking to himself again!! pic.twitter.com/tJSpR2ne8K

I understand. It must get lonely in that bunker.

Nice to see Trump quote tweeting one of his last remaining supporters. pic.twitter.com/65LlpW6CeN

normal people do this for sure pic.twitter.com/j7KRwOFNdh

There are no jokes that are funnier or more insane than this actual retweet by a sitting (and very busy) president. pic.twitter.com/w5N1jh2jdw

He finally found someone that agrees with him.

The only way this could get better would be if Trump retweeted and agreed with himself for retweeting and agreeing. Honestly, that's not even outside the realm of possibility.

Reply
Upvote
He's going to be remebered as a genius. A stable genius. The best of all the geniuses. No one can be more of a genius than this man.
J
james b 2 years ago