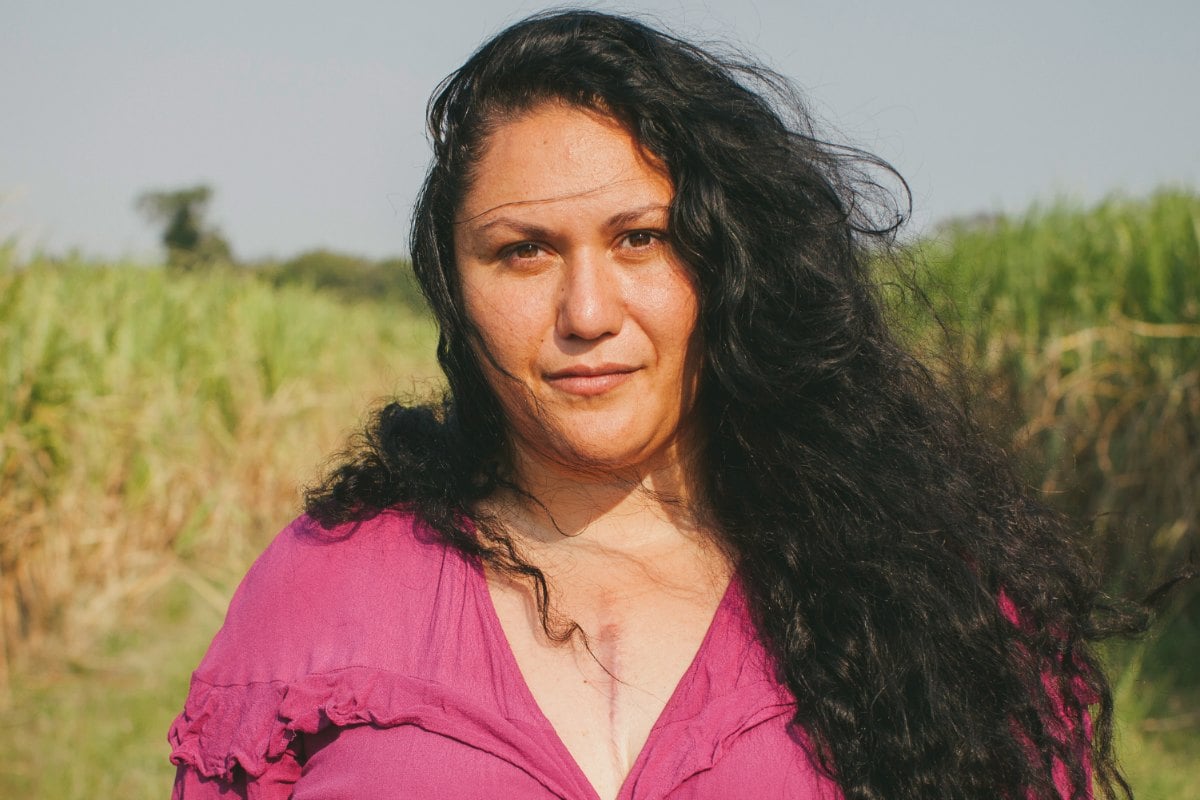 Content warning: This post contains mentions of emotional manipulation, miscarriage, and abuse and may be triggering to some readers.

I met him when he was my boss at McDonalds, when I was 14. I thought he was an arrogant prick. That should have been a warning sign.

Years later we reconnected and started a relationship. By then he was an investment banker. I’ve always been attracted to men who’ve got ambition. His work wanted him to move from Brisbane to Sydney so eventually I moved down to Sydney too.

Sydney really changed him. He lived that “banker w*nker” kind of lifestyle of going out to strip clubs three or four times a week with clients, cocaine and everything like that. I was very naive at first – I thought it was bipolar, that kind of up-and-down mood – but then I realised it was drugs.

Team Mamamia confess: When we knew our relationship was over. Post continues below.

I opened up a beauty salon and we lived above my salon. I was working 80-hour weeks, so I was doing long hours, but he was doing even longer hours than me. He would have a go at me for not working hard enough. He was constantly putting me down, calling me fat and ugly, telling me I should go to the gym, saying there were better-looking people on the beach than me. Not that it should matter, but I’m a size 10 to 12.

We rarely had sex. He would say, “You’re revolting, get off me.” It was such a drag for him to have sex with me, such a chore. He would use it: “If you clean the bedroom, I might give you sex.”

He knew how to make sure I didn’t have a support network. I had moved to Sydney with a group of friends, but I’m no longer friends with any of those girls because of the way he treated them. He humiliated them at parties. One girl in particular, he would try to get really drunk so she’d do silly things.

He was coming home at four o’clock in the morning, constantly, and there were a couple of nights he didn’t come home at all. I knew that he worked late, but I was thinking, “There has to be more happening.” I watched him put his PIN number into his phone, and every morning when he was in the shower, I’d go through his phone.

I found dating apps he’d downloaded: Tinder, Plenty Of Fish, Ashley Madison. I’d see names like Candy and Tiffany, and I’d go through the messages: “Hey, we want to you come over, we can pay this amount.” I don’t know if they were strippers or escorts or what. There was a group chat he and his workmates had, and they would constantly talk about cheating. It was pretty awful, hearing about their boss putting away someone on their office table, when I knew he had a fiancée.

I was going, “What do I do?” He had made me feel worthless. Financially, I wasn’t able to leave him.

Every time these things would come up, I would get this sick feeling in my stomach. I would think, “I have to be okay with this.” I thought I could change him.

I’m close with my family, but I didn’t tell them because I was so ashamed. I wanted it to work. I wanted this whole fairy tale.

I confided in one girlfriend. She gave me that kind of tough love: “You need to leave, you need to do this.” I pushed her friendship away, because I was so embarrassed that I kept staying.

Then I fell pregnant. Two days after I told him, he disappeared. When he came back, I went through his phone and I found more evidence of him cheating. I was like, “I’m stuck. I’m going to have a child with this man and I know he’s cheating on me.”

We went out and bought a car, and the day that we bought a car, I ended up miscarrying. I look back and think, “Thank God I don’t have a child with that man.”

We were together for seven years, and for more than half the relationship, I knew he was cheating on me. I was a businesswoman and I was at the top of my game in my industry and there I was, being so weak at home. Whatever games he was playing with me definitely worked.

How it all ended was that I got caught going through his phone. I came some pictures of him and his work friends licking out another woman, so I sent those pictures to my phone. That day, while I was at work, he said, “What have you done to my phone?” I said, “I’ve seen the pictures,” and he said, “I want to separate.” I was like, “Okay, no problems.”

I was so relieved. It was this big weight off my shoulders. I was finally free.

I came out of that relationship and started sleeping with men and I was like, “Oh my God, I can have sex, I can feel wanted.”

I was in debt. I remember sitting at the kitchen table with a tin of tuna and sharing it with my cats, because I was broke. But I’ve been able to get out of that debt myself. It’s made me a stronger person.

I’m single with two cats, but I’m so much happier in myself, not being in that relationship.