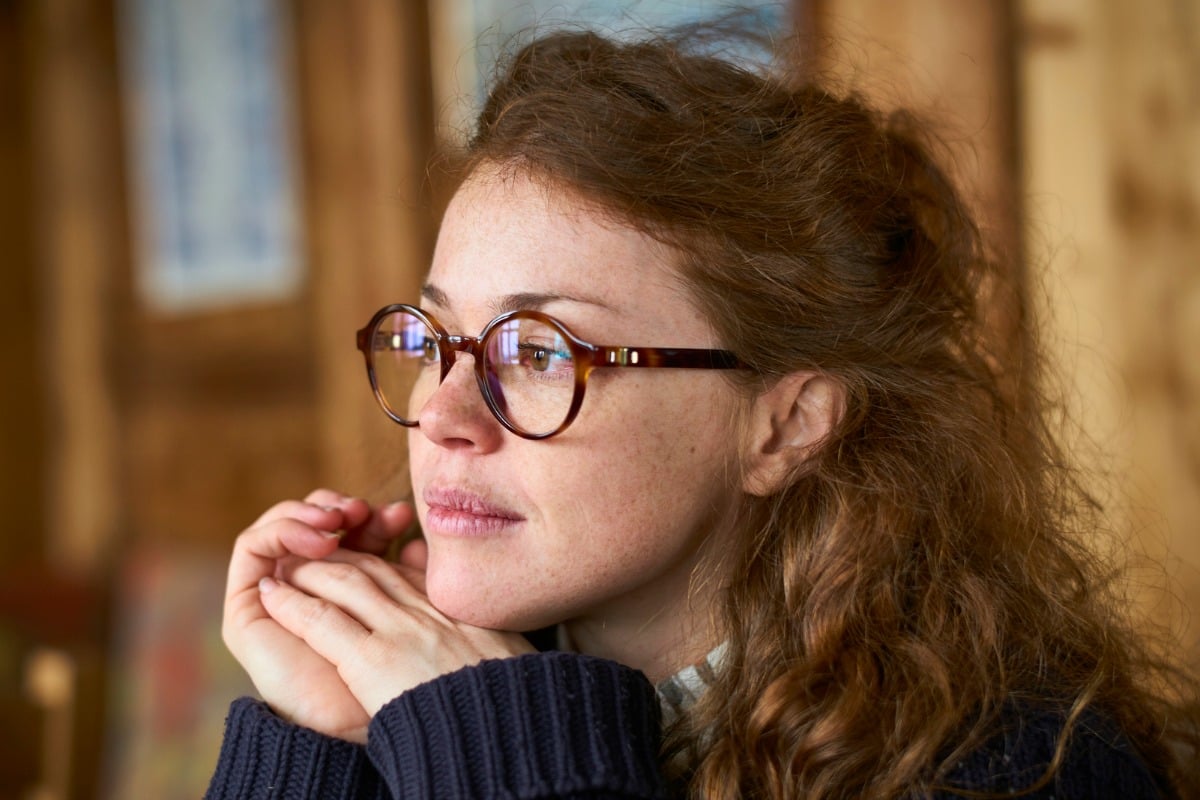 I had just returned from the salad bar. I set my plate down and slid into the booth across from my then-husband. We were silent for a few minutes and then he said something shitty to me.

I can’t even recall what it was, but I remember the impact it had on my body: my shoulders slumped, and the whole of me caved inward, like I was trying to protect myself. My eyes filled, and I excused myself to go to the bathroom so the other restaurant guests wouldn’t see me crying.

All couples fight, I remember telling myself hundreds of times while I was still married to him. I told friends, strangers, and myself I was happily married. I said it so many times hoping it’d become the truth, yet it never did.

My marriage wasn’t normal. It was toxic, and it took me far too long to figure that out. Here are the signs that your marriage is toxic too.

Every couple fights, but it’s how they fight that matters. Just because someone never hits you doesn’t mean they aren’t abusive.

If you can answer yes to one or several or the above questions, then you are most likely in a toxic marriage. How you treat each other when you’re the maddest at each other should still be respectful. If it’s not, it’s unhealthy.

I didn’t know until nearly the end of my marriage that my husband and I kept too many secrets from one another.

He secretly abused drugs for nearly the entire time we were together. He sold little things to get the money he needed, so it wasn’t so obvious he was getting drugs. He also had a personal credit card I didn’t have access to that he bought things on and never told me, and he later embezzled from his job.

I had several inappropriate relationships with men that skirted too close to the lines of infidelity. I would purchase things and not tell him because I could never get him to compromise — let alone agree — to what I wanted or believed we needed. If something happened that I knew might possibly upset him, I just wouldn’t tell him.

While I didn’t know about my husband’s secrets, I thought it was okay that I didn’t tell him mine. I told my friends the things I didn’t tell him like they were substitutes for him. They knew exactly how unhappy I was, though he didn’t.

I thought I was keeping these secrets to protect him and myself and that being “totally” honest wasn’t something you had to do in a marriage. Isn’t a happy marriage better than an honest one? I thought (though I wasn’t in a happy marriage either).

Secrets can keep you and your marriage sick. You’ve chosen to build a life with this person, and you should share the little and big stuff as it arises. Unfortunately, outright lying or lying by omission (when you just don’t tell your partner something) betray your partner and your relationship and doom it to being toxic.

Contempt is defined as “the feeling that a person is beneath consideration, worthless or deserving scorn.” You or your partner express contempt by eye-rolling, saying unkind words, or being sarcastic or dismissive.

I justified a lot of the nasty comments my husband made because he “was having a bad day” or “If I hadn’t said/done _____...” I didn’t want to believe he was contemptuous of me, but it was hard to ignore when I might say something as innocuous as, “Hey, when can we talk about this bill?” and he’d retort with, “Why do you always have to be such a bitch and bother me while I’m trying to relax?”

I also couldn’t ignore my part too. There were times when I’d be the one to snap first or not be able to hold back my sarcasm.

When it comes to regular interactions with your spouse, is there contempt? Incidences of eye-rolling, sarcasm, insults, or name-calling? Do you complain about each other to other people?

Contempt is a sign that there’s no longer respect in the relationship. A relationship that lacks respect is an unhealthy one (and a relationship must have respect, love, and trust to be considered healthy).

If I had ever been asked to visualise the distance between my husband and me, I would have said it felt like trying to reach each other over a fence. We rarely seemed to connect. It always felt like there was just something between us.

I thought following the advice of popular relationship books would help, like scheduling times to check-in or going on a date at least three times a month, but I always felt disappointed after. Nothing seemed to bridge the gap between the two of us.

We still sat on opposite ends of the couch, and I couldn’t remember the last time we’d felt emotionally intimate. Further, we rarely touched, and he often turned down my sexual advances.

A healthy marriage has to include affection and attention. You hopefully enjoy spending time together and make an effort to do so. If the distance between you and your spouse also feels too great, your marriage is likely toxic.

Two people in a healthy relationship communicate honestly, openly, and regularly. They take the time to figure out what’s going on with each other and their relationship.

Two people in a toxic relationship often rely on silence, either as a way to avoid discussing issues or to punish the other. When silence becomes a pattern (like being silent for several days after every fight), then anger, resentment, and alienation set in.

It becomes really hard to repair and rebuild intimacy if there’s no space given to talk.

Do you and your partner communicate (sharing honest feelings, etc.) or report (sharing that Billy needs to be picked up by 7)? Are you mostly silent when you spend time alone or are you always silent after certain situations (like a fight)?

If you and your partner are being silent more than you’re sharing your thoughts and feelings, then you are most likely in a toxic marriage.

Recognising signs of a toxic marriage is the best way to try to save it before it gets too late.

If any or all of these things are true, you very well might be in a toxic marriage, one you want to either start working on or get out of.

This post was originally appeared on Medium and has been republished here with full permission.